10 Reasons to Get Blown Away in America's Tornado Alley

America’s Tornado Alley may not be the first place to come to mind when you’re planning your next vacation. While there’s no official geographic definition for Tornado Alley, it generally includes an area of land that includes northern Texas, Oklahoma, Kansas, Nebraska, the eastern plains of Colorado and even parts of South Dakota. This area, so named for the part of the country where tornadoes are most frequent, sometimes gets a bad reputation because of its extreme weather, but it has a lot to offer visitors, including great cities and plenty of natural beauty. Here are 10 reasons to consider getting blown away in America’s one and only Tornado Alley:

The Santa Fe National Historic Trail, also referred to as “The Great Prairie Highway,”  was a 19th-century transportation route that traveled through 5 states across the Great Plains. It was a vital commercial highway for pioneer settlers and is a major piece of frontier history. Today, visitors can follow the historic trail across several states as it passes through Tornado Alley, making stops at notable historic sites along the way. Highlights include the Shawnee Indian Mission State Historic Site in east Kansas, Pawnee Rock in Western Kansas, Autograph Rock in Oklahoma and Comanche National Grassland in eastern Colorado. For lovers of western history, this is the ultimate pilgrimage. 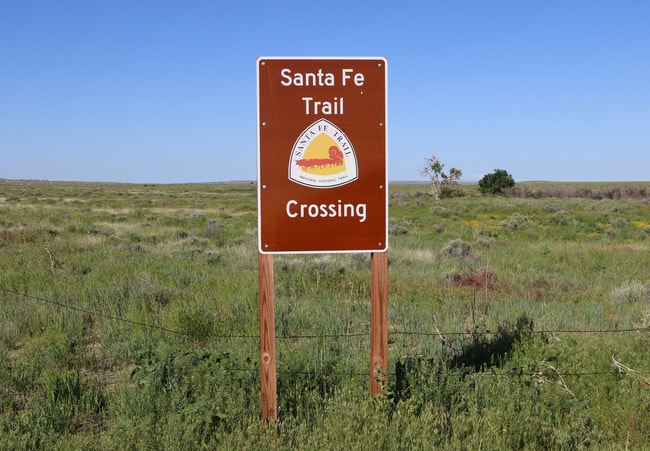 The 11,000-acre Tallgrass Prairie National Preserve in the Flint Hills of eastern Kansas are about all that remains of the once 170 milllion acres of tallgrass that covered North America. Visitors to the preserve can see the remnants of this once vast tallgrass prairie that was all but wiped out and learn about the natural world that exists within it. There are also several historic buildings available to tour, including a historic ranch house, limestone barn and a schoolhouse. There’s also ample hiking and areas to explore. You might even catch sight of the small herd of bison introduced to the preserve in 2009. 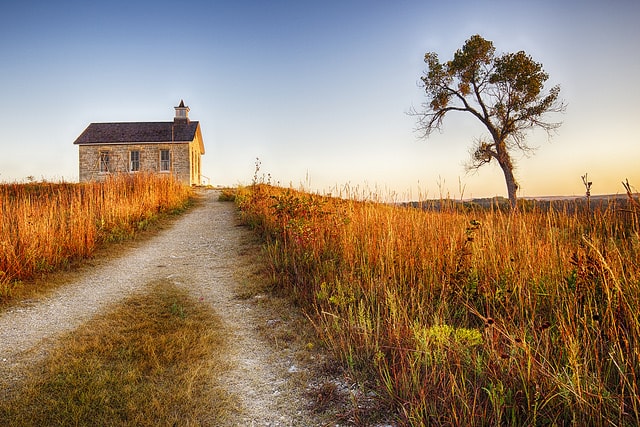 Visitors to Oklahoma will love spending time in the city of Tulsa. Tulsa is the second largest city in the state and nestled away in Oklahoma’s “green country,” giving way to beautiful gardens and city parks. Tulsa is also the arts and culture center of the state, featuring two world-class art museums, a performing arts complex that hosts both opera and ballet and America’s largest concentration of Art Deco architecture. Tulsa also offers an exciting foodie culture with a little bit of everything, including Oklahoma-style chili. The Tulsa Zoo and the Tulsa State Fair are just a few of the outdoor attractions that visitors can expect to enjoy as well. 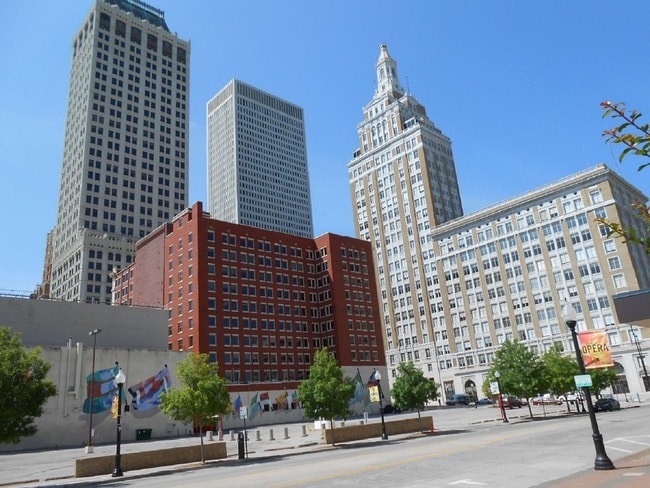 For dinosaur lovers, Picket Wire Canyon in southeastern Colorado is a must-see attraction. The Picket Wire Canyon area has the largest dinosaur track-site in North America with over 1,500 prints in 100 separate track-ways across a quarter-mile expanse of bedrock. Tour the area on a guided car tour and discover some of the hardest-to-find tracks and details about the prehistoric features of the canyons themselves. Then, take some time to explore Comanche National Grassland where the canyon is located. Visitors to the grassland can enjoy several recreational activities, including  hiking, mountain biking or horseback riding. 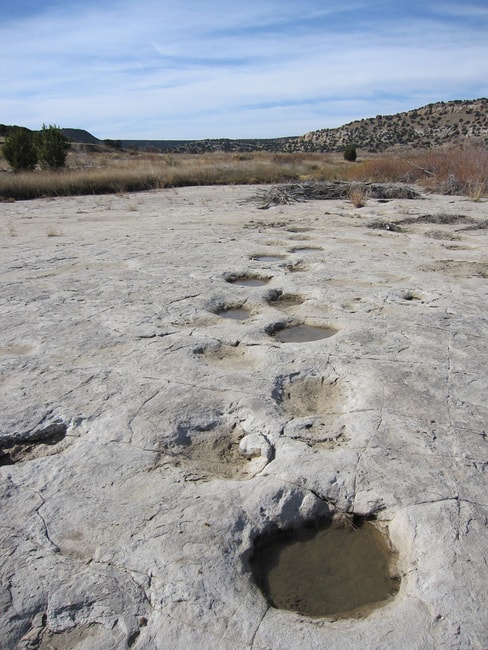 Visitors looking to spend time in northern Texas should definitely take some time to explore Dallas.  This large metropolis certainly has something to offer everybody. Enjoy some of that famous Tex-Mex or a frozen margarita. The downtown Arts District hosts several performing arts venues and art museums. Neighborhoods like Deep Ellum, The Ceders and The Bishop Arts District host studio artists and galleries and worth exploring as well. Dallas also hosts several major sports teams, and seeing a game is always fun. Finally, The State Fair of Texas is a massive annual event that brings in visitors from all over, so try not to miss it. 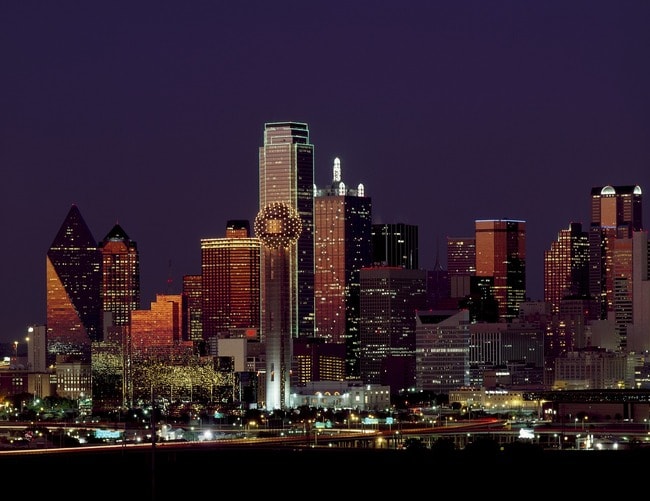 Palo Duro Canyon State Park provides a perfect example of North Texas’ canyon country. Also known as the “Grand Canyon of Texas,” visitors can explore the canyon and its surrounding area on foot, mountain bike, horseback or car. It’s also a popular destination for wildlife enthusiasts and bird watchers. There are also several campsites available for an extended stay in the Texas Panhandle. 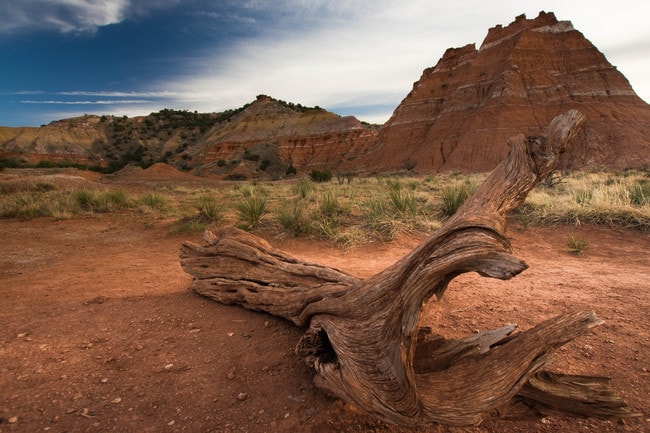 One thing that states throughout Tornado Alley have in common is a reputation for excellent BBQ. You’ll enjoy the unique style of Texas BBQ, where meat is often rubbed with spices and cooked until it’s falling off the bone over hickory or oak. Definitely take a tour of some of the best BBQ joints in Dallas, of which there are many. In Oklahoma and Kansas, BBQ is coated heavily with sauce. Be sure to try the bologna sausage or smoked-then-fried chicken, unique to the Oklahoma BBQ scene. 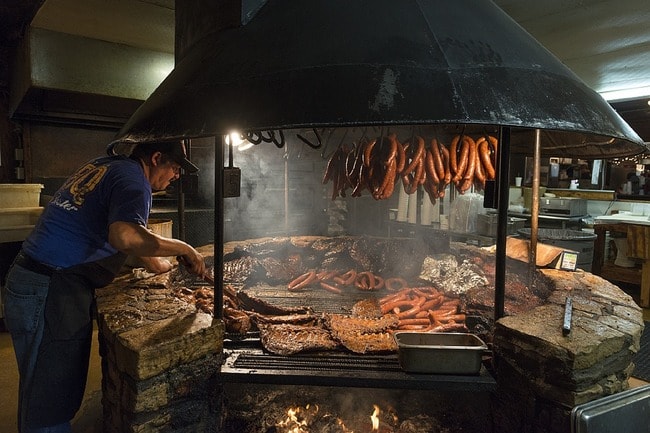 Scotts Bluff National Monument is a must-see natural landmark outside of Scotts Bluff, Nebraska. This 800-foot giant has served as a landmark for people for centuries, from early natives to settlers crossing the the plains for the first time, and is steeped in geological and human history. Several trails allow visitors to explore the park. You can also drive to the top of the bluff or take a shuttle. You’ll enjoy spectacular views of the North Platte River valley and surrounding badlands. Be sure to visit the Oregon Trail Museum and Visitor Center to learn about the region’s role in frontier history as well. 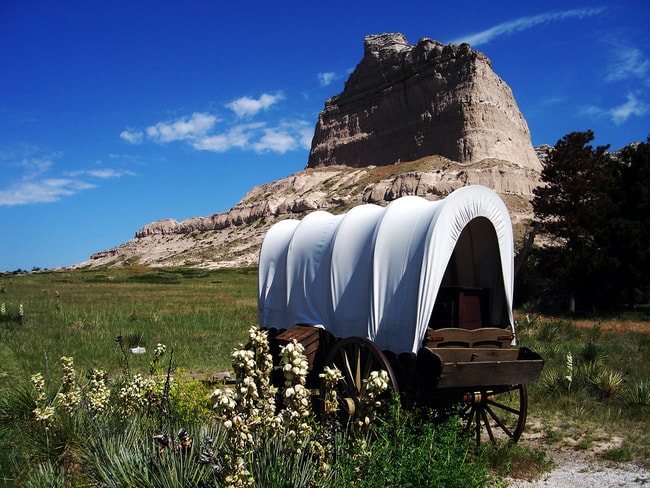 Those interested in literary and Western history, will enjoy exploring several sites throughout Nebraska dedicated to the Pulitzer Prize-winning author, Willa Cather, who chronicled frontier and prairie life. The Willa Cather Memorial Prairie features 612 acres of native prairie left just as it was in the 19th century. It’s a beautiful area of grasses and wildflowers dedicated to the writer. There are also several species of birds, making it a birder paradise. Be sure to visit the Willa Cather Foundation headquarters at The Red Cloud Opera House as well. There, you can tour Cather’s childhood home and other buildings related to her life and writing. 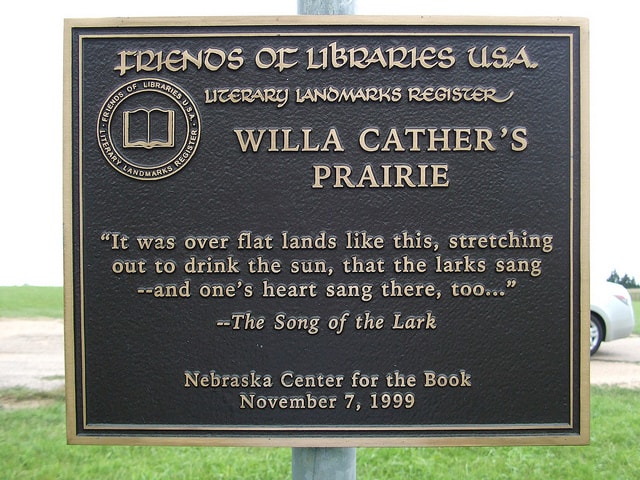 If the tornadoes and extreme weather of Tornado Alley have your interest piqued, consider taking a storm chasing adventure tour. These action-packed tours allow you to experience what it’s like to be a real storm chaser. Six- or 10-day packages take you across multiple states on high-tech vehicles with all the best in weather-finding equipment. You’ll spend the day following forecast models trying to chase storms in early afternoon and evening. Many tours see super-cell thunderstorms and lightning shows, and if you’re lucky a tornado will form, and you’ll get the experience of a lifetime. 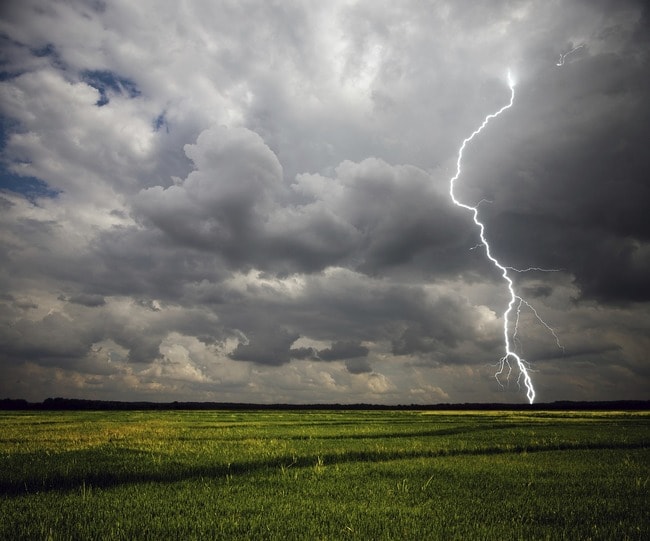