The Top 10 Things to See and Do in La Paz, Mexico 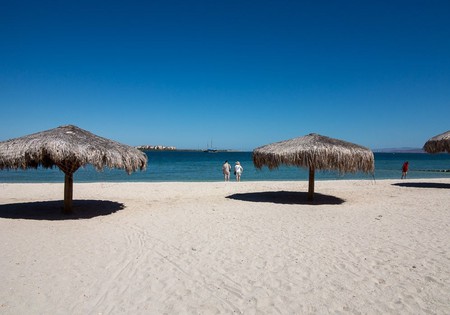 Located in Mexico’s Baja California Sur, La Paz is less touristy and just as beautiful as its neighboring city Los Cabos. It offers a good mix of locals and visitors, great food, and lots of opportunities to get out and see the gorgeous nature that surrounds it. Whether you are looking for high-end luxury yachting or camping on the beach, La Paz has something for everyone.

Swim With the Fishes

The famous maritime explorer Jacques Cousteau called the Sea of Cortez, “the world’s aquarium.” Hundreds of species of fish make this area their home and dozens more come every season to mate and feed here. La Paz is your entrance into that world. Snorkeling, scuba diving, whale watching, and swimming with sea lions are all at your fingertips here.

Stroll Along the Malecon

The oceanfront promenade of La Paz is one of the city’s best urban landscape elements. It runs 20 or so blocks with vendors, tourists, and locals ambling along eating ice cream or sitting to watch the sun’s final moments in the sky. The length of the Malecon is also decorated with large sculptures create by Mexican artists from around the country, most with a sea or marine theme. Some of our favorites are the Mantarraya (“stingray”) by Salvador Rocha and La Reina de los Mares (“the queen of the seas”) by Rocio Sánchez. 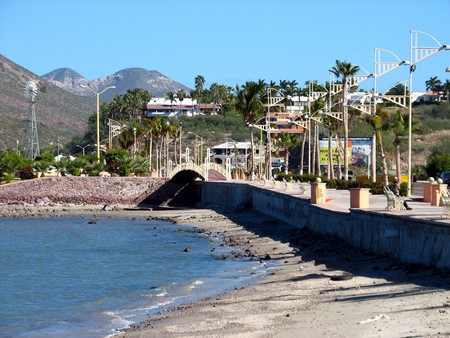 As one would imagine of a seaside town, La Paz is full of great seafood. There are lots of bars and cafes along the Malecon for dinner with a view, but a few of our favorites are Nim, Tres Virgenes, Apóstolis, and Mc-Fisher. Make sure you also make it to the Mercado Bravo, the town’s local market, where you can buy fresh seafood, Baja’s famous flour tortillas and produce, as well as take a turn at some of the local street-food joints such as Hermanos Gonzalez, which sells fish, clam, and scallop tacos.

There are a couple of great golf courses in La Paz with stunning views of the ocean. Situated between the Bay of La Paz and the Sea of Cortez in the Paraíso del Mar development is a course designed by Arthur Hills covering 56 hectares (0.56 square kilometers) of land. Within the Costa Baja development is a course by Gary Player, designed to combine all the best elements of the desert and the oceanside landscapes. Costa Baja is also home to the La Pintada restaurant, located right on the course. 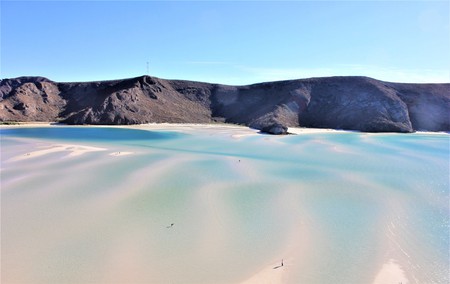 Museum
Facebook
Email
Twitter
Pinterest
Copy link
Share
Map View
The local Museo de la Ballena is an homage to some of the area’s most frequent visitors – whales. Each year, pods of whales make their way to the Sea of Cortez to court and breed throughout the winter months. This cultural center gives tourists a deeper understanding of the biology, history, and future threats to these migrations and a whole lot of additional information about this giant mammal. You can also bask in the shadow of an entire whale skeleton on the museum’s patio.
Open In Google Maps
1 Paseo Alvaro Obregon, Zona Comercial La Paz, 23000, Mexico
+526121296987
Visit Website
Visit Facebook page
Give us feedback

There are plenty of opportunities in La Paz for a little educational tourism to balance out all the physical activity. The town’s Museo Regional de Antropología e Historia is a great place to start and to get an idea of the pre-history of the area. The tour company Tours by Locals also offer a city tour through La Paz so that you can learn about the city’s development as a tourist destination. Several old colonial structures are worth visiting, including the Antiguo Palacio Municipal (the old City Hall), the Teatro Juárez (Juárez Theater), and the Misión de Nuestra Señora del Pilar de La Paz Airapí (the cathedral). 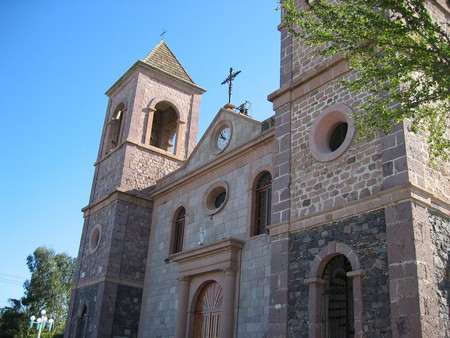 The Sea of Cortez is known for its incredible sport fishing. If you have a hankering to work up a sweat with a rod and reel, various private and shared tours are available, leaving from the La Paz marina. The East Cape is La Paz’s prime spot for fishing, and you will find marlin, tuna, sea bass, rooster fish, wahoo, and dolphin fish (mahi mahi) there. Each year, sport fishing tournaments such as the Bisbee’s Black & Blue Tournament attract fishers from around the world to these waters.

High-end resort Costa Baja Resort and Spa serves up a nice dose of luxury for those inclined to rest and rejuvenate during their vacation. The Espiritu Spa has a steam room and lap pool and offers massages, aromatherapy, herbal wraps, Reiki sessions, and reflexology. The Nautilus Spa at the Marina Hotel has massages, pedicures, manicures, and facials on the menu. So go ahead, pamper yourself a little; you can go back to adventure tourism tomorrow. 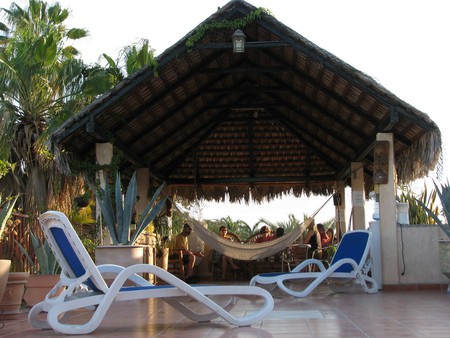 Have a Nature Adventure

In addition to all the marine adventures, there are also plenty of overland excursions that you can do in La Paz. Companies such as Katun tours offer a variety of different one-day mountain biking expeditions, including routes that will take you along the coast, deep into the desert, or into some ancient caves. The area is also great for hiking and birdwatching, and you can hire a private guide or go on your own. Make sure to wear your sunscreen!

Brush up on Your Spanish

Who doesn’t want to learn Spanish beachside inbetween kayak trips, seafood, and a few rounds of golf? La Paz hosts a lot of tourists during the high season, so English is widely spoken here, but there are still lots of opportunities to mingle with locals and brush up on your skills. Centro de Idiomas, Cultura y Comunicación arranges home stays for students and offers individual and group classes for all levels of learner.