The Best Things To See and Do in Oaxaca City 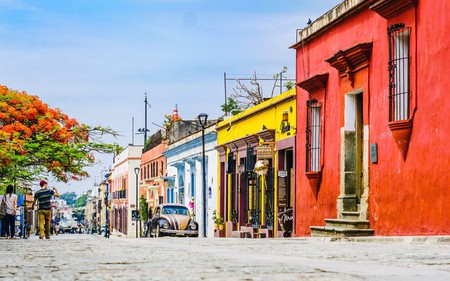 Oaxaca holds a unique blend of traditional and modern influences, with crumbling colonial architecture alongside art, cuisine, and archeological ruins that pay homage to the city’s pre-Hispanic past. It’s these curious contradictions that make Oaxaca stand out as a favorite destination in Mexico. Here’s what to see and do when you’re in town.

Learn about the region's biodiversity at the Ethnobotanical Garden 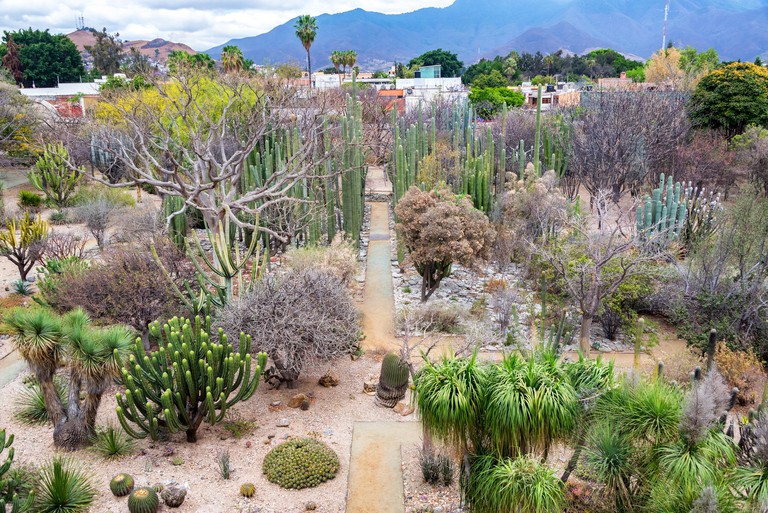 On the grounds of the former Santo Domingo monastery is the Ethnobotanical Garden, which provides a glimpse into Mexico’s most biodiverse region and details the role of native flora in its cultural and ecological development. Opened in 1998, the garden features numerous variations of cacti and other vegetation, and is a calming space that’s perfect for escaping the commotion of the city. Visits are conducted strictly by guided tour, with tours in Spanish taking place Monday through Saturday; tours in English being given on Tuesdays, Thursdays, and Saturdays; tours in French on Tuesday evenings; and German tours on Wednesday evenings. Tours cost 100 pesos per person (about $4.80 USD), but children under 12 years of age are given free admission.

Take in the view at the observatory

See a different side of Oaxaca at the astronomical observatory, open Monday through Friday from 5pm until 10pm. The observatory is situated on top of a hill, making climbing to the top the perfect way to burn off those mayonnaise-smothered elotes (the ever-popular Mexican street corn) and providing a gorgeous view of the state’s capital city. On a clear night, various planets, constellations and rare cosmic events can also be witnessed through the telescope. The observatory hosts an annual ‘Night of the Stars’ event, where expert astronomers guide guests through celestial observations, chess competitions and other recreational activities for the community. 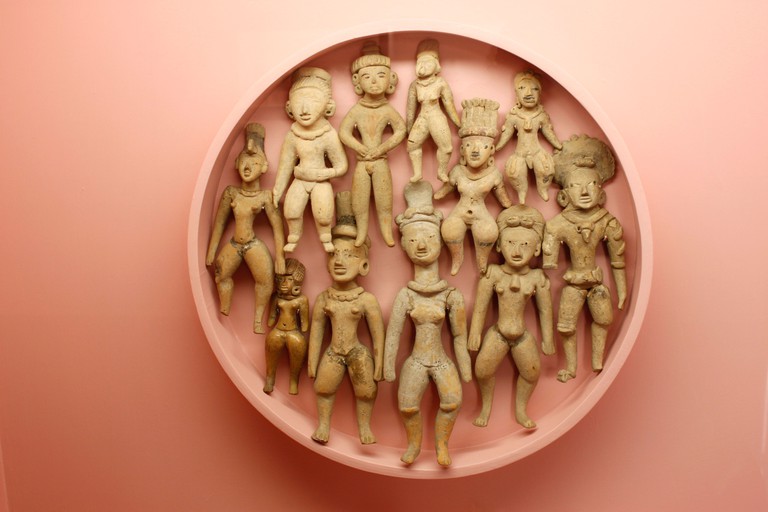 Rufino Tamayo is well-known throughout Mexico both for his work as a fine artist as well as his impressive art collections. Although his personal style veered towards Modernism, he was intrigued by indigenous cultures and throughout his lifetime accumulated pre-Hispanic artifacts that served as inspiration for his work. Born in Oaxaca and raised in Mexico City, Tamayo constructed a museum in his place of birth to house his pre-Hispanic works.The museum is home to artifacts that range from Mesoamerican civilizations such as the Mayans, Aztecs and Olmecs, as well as those that hail from Oaxaca like the Zapotecs and Mixtecs. It also contains ancient sculptures from lesser-known cultures like the Capacha, Chinesca and Purepecha. It’s an enlightening experience for anyone interested in pre-Hispanic art history. 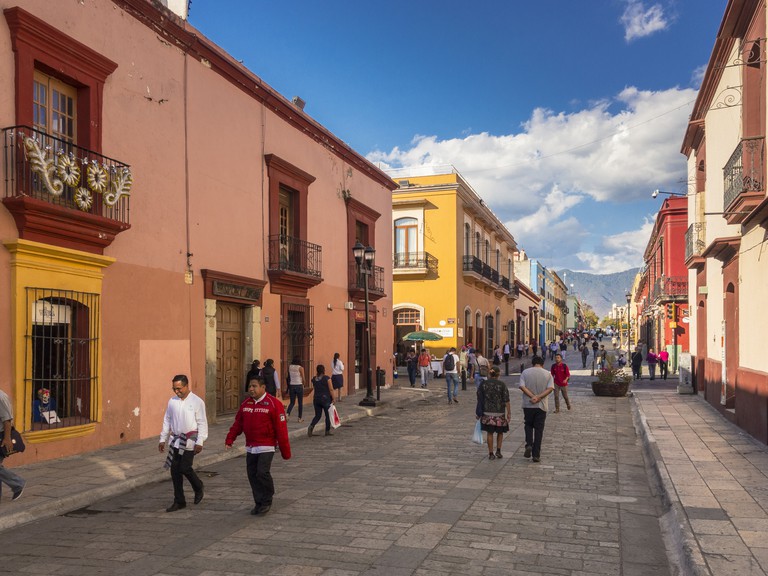 Also known as Calle Macedonio Alcala, this pedestrian-friendly street connects the Santo Domingo temple with the main Zocalo square. Filled with museums, artisanal shops, cafés and street vendors, it’s a great option for souvenir shopping and getting to know the city. Flanked by well-preserved colonial architecture, this well-lit path makes for a lovely evening stroll.

Take a dip in the pools atop Hierve El Agua 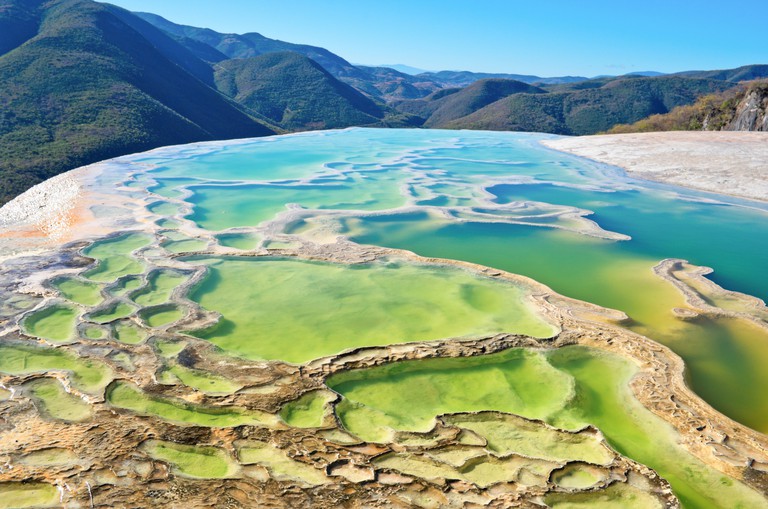 Though it translates in English to ‘boiled water,’ Hierve el Agua appears to be frozen cascades of water that run off of cliffs into the valley below. This natural phenomenon was created by freshwater springs that were oversaturated with calcium carbonate and other minerals. As the water ran over the mountain’s edge, the excess minerals were deposited in a similar fashion to how cave stalactites are formed, leaving behind two petrified waterfalls. Two warm mineral pools can be found at the edge of the cliffs and visitors would be wise to pack swimsuits so they can cool off after the steep hike to this natural wonder. Hierve el Agua is about a 90-minute drive from Oaxaca. Many travelers hire a driver to take them to multiple sites in the region (such as Mitla and the El Tule tree (see below)), but a shared taxi can also be arranged and most hotels in Oaxaca offer tours.

Get a glimpse into pre-Hispanic history at local ruins 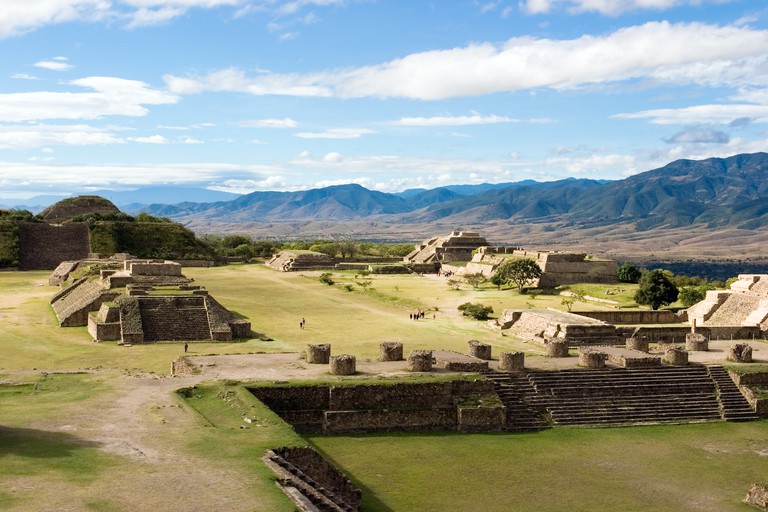 © Angelika / iStock
The state of Oaxaca is rich with archeological sites that provide insight into how ancient indigenous cultures lived. Perhaps the most important site, located just a 15-minute drive outside of Oaxaca City, are the Monte Alban pyramids. Construction on this ancient Zapotec capital began in 500 BC and the city was abandoned for reasons unknown in 800 AD, but was later used by the Mixtecs as a burial site for their elite. Another important site situated slightly further from the city of Oaxaca is Mitla, which served as an important religious center for the ancient Zapotecs. The ruins are the only ones in Mexico with elaborate mosaic fretwork and geometric designs that decorate tombs, panels and walls. Located about 25mi (40km) outside of Oaxaca, tours to Mitla are usually combined with other sites such as Hierve el Agua. Lesser known than Mitla and Monte Alban, visitors to the Yagul archeological site often have the grounds to themselves. The city-state flourished after the fall of Monte Alban and is home to about 30 prehistoric caves, a few of which bear hieroglyphic inscriptions. It’s location on top of a hill also provides an expansive view of the central Oaxaca valley. Yagul is located about 22mi (38km), or a little under an hour’s drive, from Oaxaca City.
Open In Google Maps
Monte Alban Oaxaca de Juárez, Oaxaca, 68154, Mexico
Give us feedback

Stroll the grounds of the Cuilapam Convent 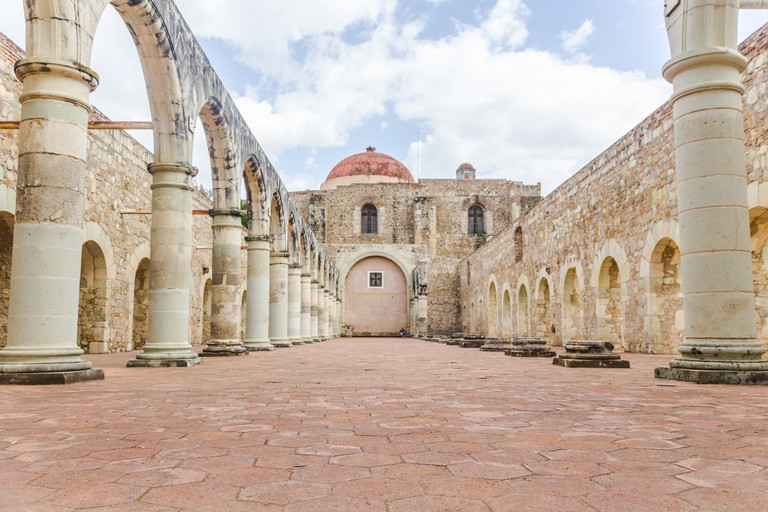 The unfinished Cuilapam Convent was originally built with the intention of converting indigenous Oaxacans to Catholicism, but a smallpox epidemic halted construction indefinitely. The convent was further damaged during a 1931 earthquake, but drawings of the convent in its unfinished glory give visitors a more complete understanding of its history. The convent has historical significance as being the site where former Mexican president and independence leader Vincente Guerrero was executed by firing squad on Valentine’s Day 1831. An oil painting of this important revolutionary figure can be found in the capitulatory room of the cloisters. The Cuilapam Convent is located in the town of Cuilapan de Guerrero, about 8mi (13km), or a half-hour drive, from Oaxaca City. 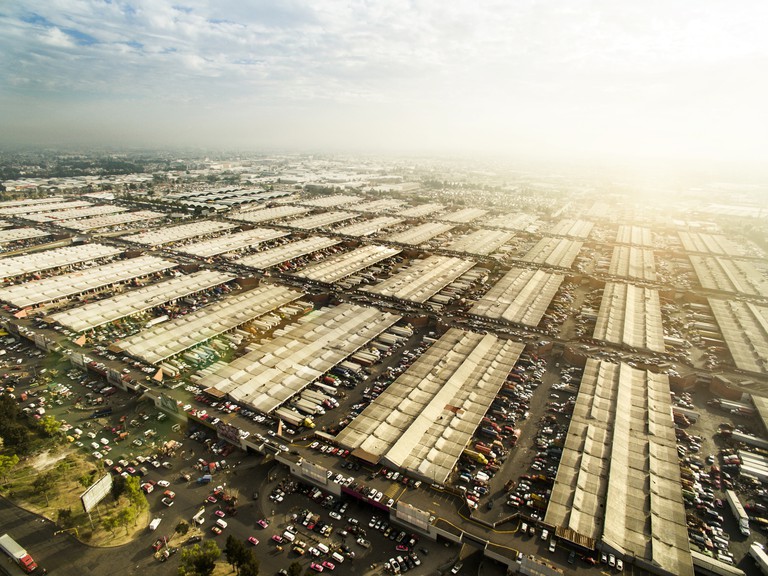 The Central de Abastos Market is the largest market in the state of Oaxaca, where shoppers can purchase everything from locally grown fresh fruit and vegetables to household items, clothing and artisanal crafts at competitive prices. The market also has plenty of food and juice stands for grabbing a quick snack or meal. If Central de Abastos proves overwhelming, the smaller-scale Benito Juarez and 20 de Noviembre markets carry similar products, especially in terms of fresh foods. The Mercado de Artesanias is another option for purchasing artisanal products in a less hectic environment than what you’ll find at Central de Abastos.

The gorgeously intricate sculptures found at the Fountain of the Eight Regions showcase the diversity of the eight cultural regions of Oaxaca, which act as the basis for the city’s Guelaguetza festival. The fountain can be found in a quaint plaza in the Xolchimilco neighborhood and this less-frequented part of town is ideal for people watching or sitting down with a book. Just across the street sits an old hacienda that’s now part of a medical college campus with a gate that bears a Neoclassical facade. The remains of an old aqueduct can also be found nearby.

Behold the grandness of the Árbol del Tule 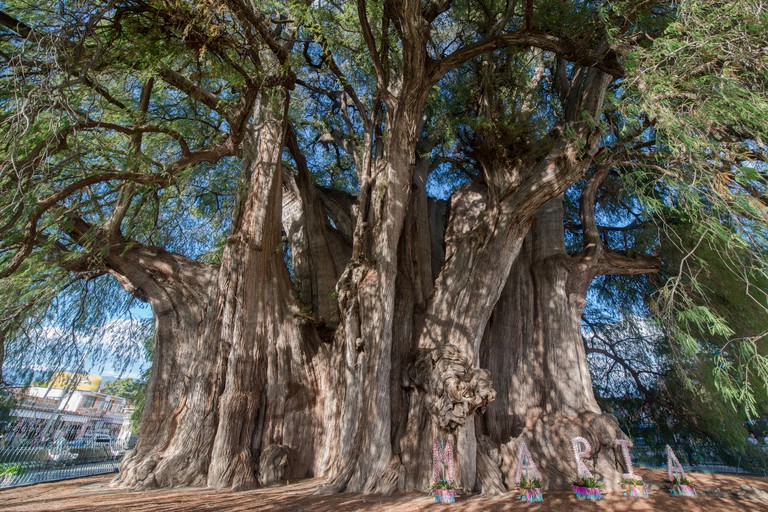 Found within a gated churchyard in the whimsical town of Santa Maria del Tule is the Árbol del Tule, the widest tree in the world. Though only about 115ft (35m) tall, this Montezuma Cypress has a circumference of 138ft (43m), and at 1,500 years of age, is approximately as old as the archeological site of nearby Mitla. The likeness of jaguars, elephants, lions and other figures have been found in the tree’s overlapping roots and twisting branches, encouraging visitors to gaze into its grandness just as they might decipher images from clouds. Less than 7mi (4.5km) outside of Oaxaca City, the half-hour trip to the Árbol del Tule is often combined with other nearby sites or serves as a nice bike ride. 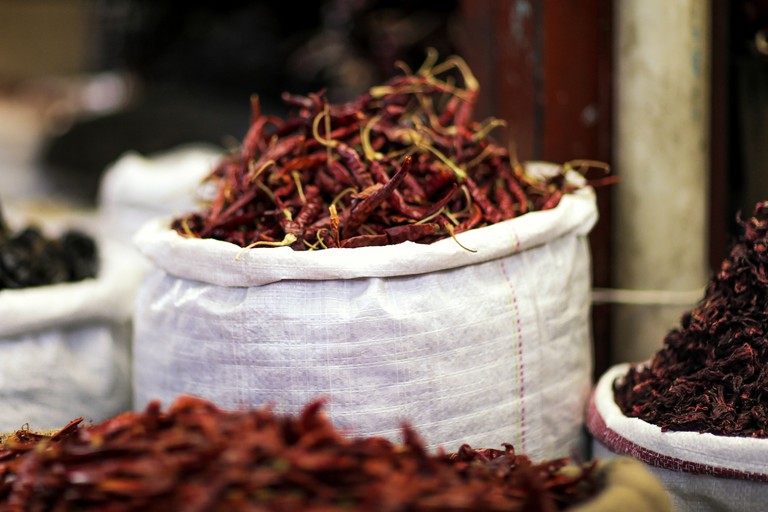 Oaxaca City is a haven for those who love trawling through a good market, whether that be a food market or one with traditional artisanal products and clothing. You can head to one of the city’s permanent markets, such as the Benito Juarez Market in the center, or keep your eyes peeled for the roaming street tianguis traders. If you do head to the former, we highly recommend picking up a packet of freshly ground Oaxacan coffee to take home with you as a souvenir.