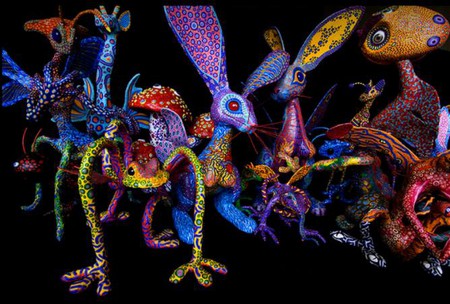 Arturo Caballero is an artist based in Mexico City, where he creates his distinctive sculptures of fantastical creatures, drawing on folk art sculptures known as alebrijes. The tradition of creating these phantasmagorical creations began after Mexican artist Pedro Linares woke up from a dream of magically metamorphosed animals: donkeys with wings, birds with horns and a lion with an eagle’s head. Linares brought the art form to the southern state of Oaxaca, where local artisans have since popularized it. 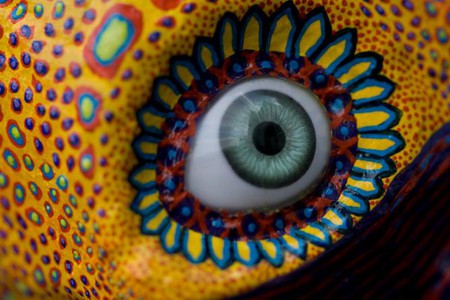 Growing up amidst the shifting colors and shapes of an urban landscape inevitably leads Callabero to have a different take on the potential of alebrijes as an art form. His frequent trips out of the metropolis bring him into contact with nature’s contrasting forms: the plants, animals and vistas of the central plains of Mexico. Combining these elements, Caballero has developed a style which taps into the lifeline of Mexican culture, while at the same producing something undeniably otherworldly. 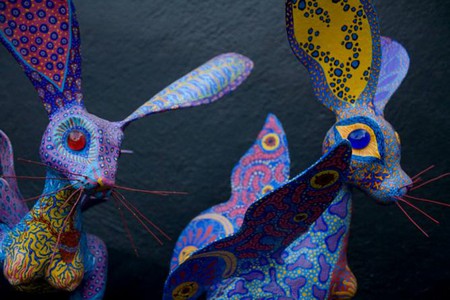 Arturo has been creating alebrijes for over a decade, working to promote different areas of the visual arts within Mexico. Convinced that these beings, the alebrijes, have given him the possibility to transmit a little known part of Mexican culture to a wider audience, he has taken part in national art exhibitions, and promoted the art form at competitions, museums and galleries around the country and internationally. 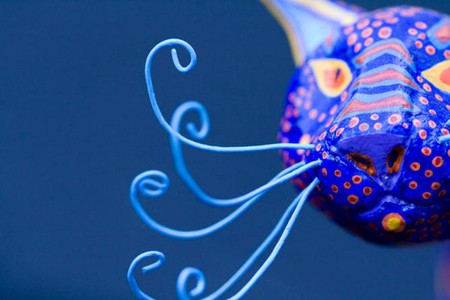 The characters Arturo creates exist in a universe of their own, but the colors and forms are reminiscent of sculptures by Japanese artists Yayoi Kusama and Takashi Murakami. Meticulously designed with intricate, often psychedelic coloring, Arturo’s alebrijes range from 10 inches in height to six-foot monsters. Malevolence doesn’t exist within these creatures though, as anyone can see that the curling forms of these cats, rabbits and lizards are purely expressions of the joy of creation. 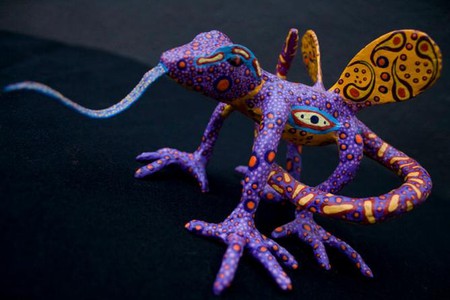 Meticulously designed with intricate, often psychedelic coloring, Arturo’s alebrijes range from ten inches in height to six-foot monsters. Malevolence doesn’t exist within these creatures though, as anyone can see that the curling forms of these cats, rabbits and lizards are purely expressions of the joy of creation. 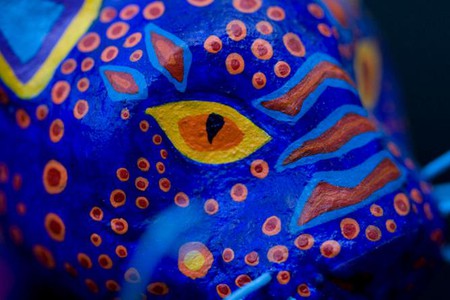 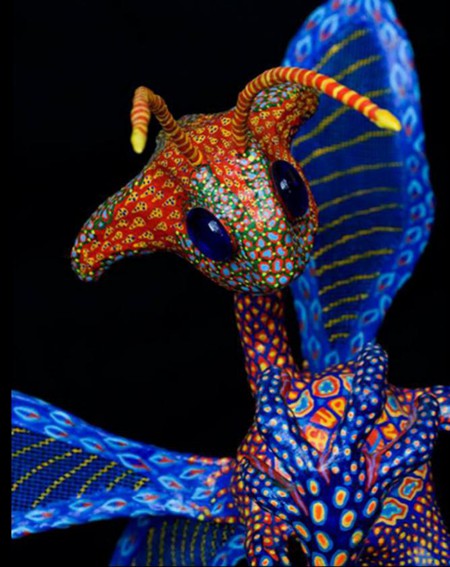 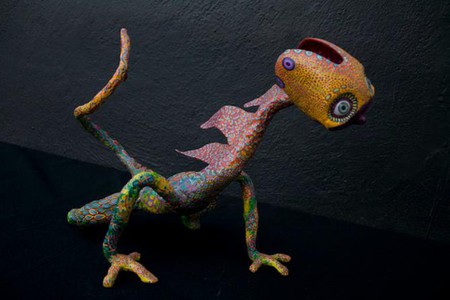 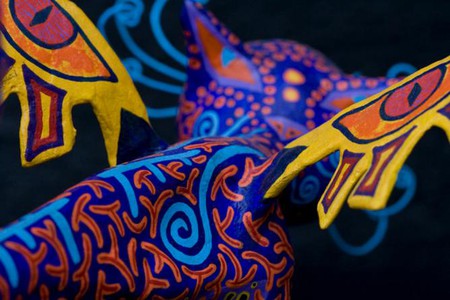 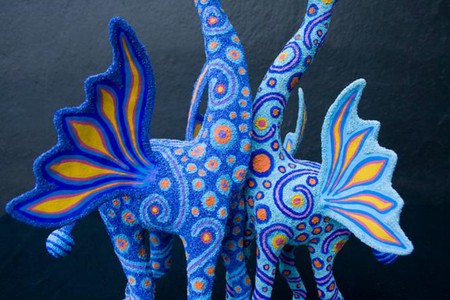 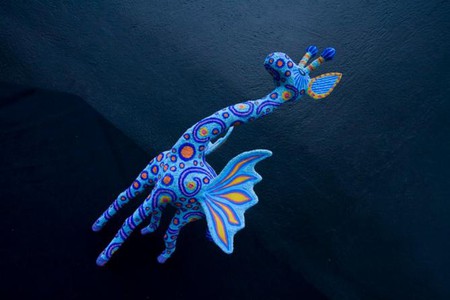 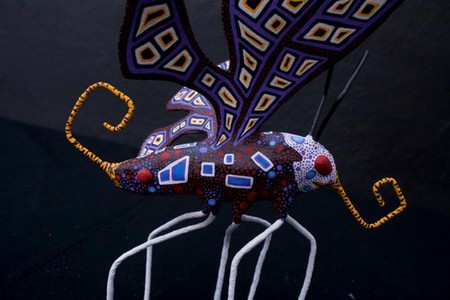 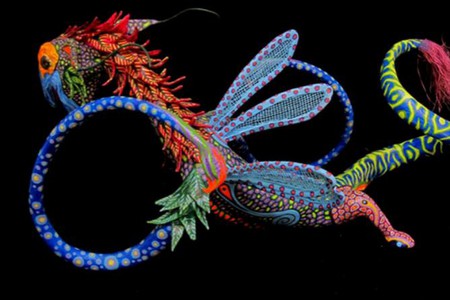 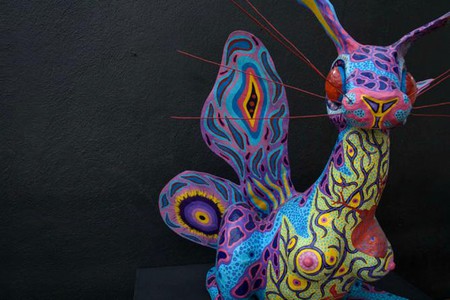 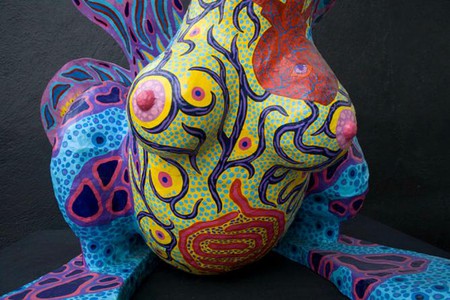 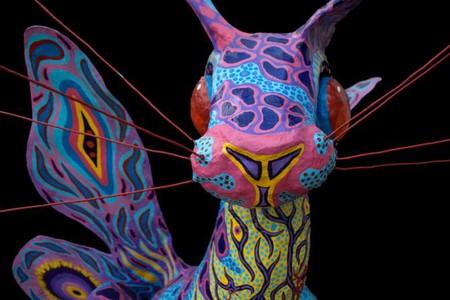 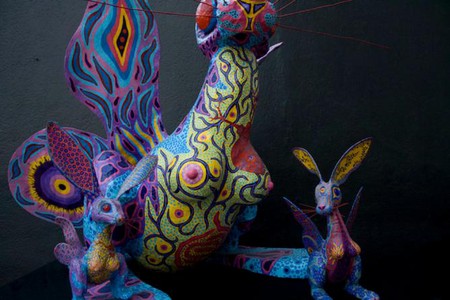 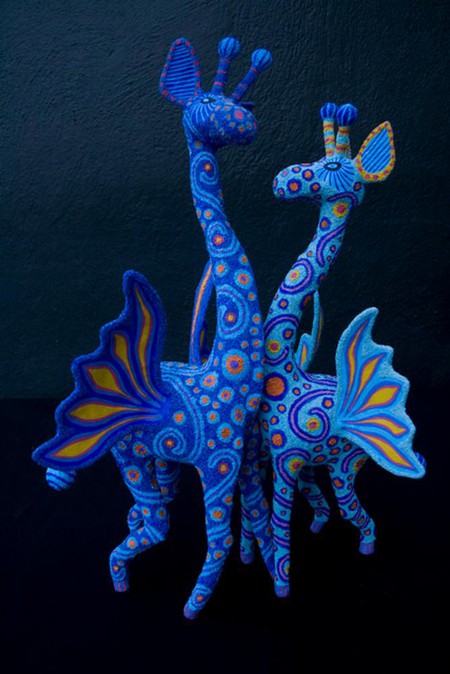 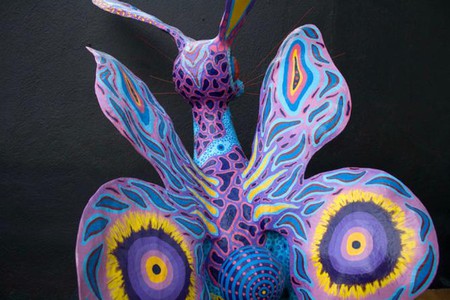 rabbit6 | © Arturo Caballero
Give us feedback