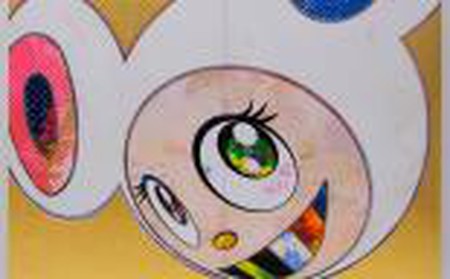 Japanese artist Takashi Murakami is known for his outlandish cartoon artworks that merge a childlike sensibility with darker themes. One of the highest-grossing contemporary artists in the world, Murakami has garnered incredible commercial success both at auction and on the retail market; but the intellectual value of contemporary artwork remains at the core of his practice. 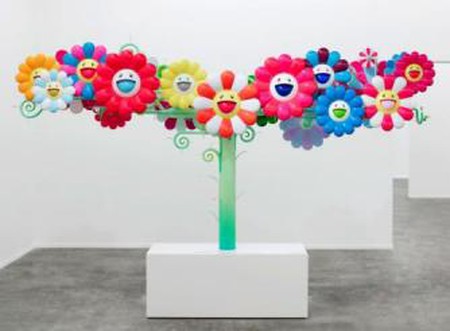 Famed for his intensely vibrant, crass, anime-esque characters and his Warholian desire to unite the artistic and the commercial, Japanese artist Takashi Murakami has climbed the ranks of the art world to achieve the status of celebrity. Murakami’s success can be attributed both to the accessibility of his imagery and his openness to interdisciplinary collaboration. Since 2002 the artist has been involved in joint creative endeavors with fashion brands, musicians and toy manufacturers. Nevertheless, Murakami’s artistic background is quite traditional, and all of his projects spring from the desire to create enduring contemporary artwork.

Born in 1962 in Tokyo, Murakami, as a self-proclaimed otaku, had an early interest in manga and anime. With these passions inspiring him to one day become an illustrator, he studied at Tokyo University of the Arts. There, he became sidetracked and turned his focus to the highly traditional Japanese artform of Nihonga. Although he went on to complete his P.h.D in the subject, he quickly grew tired of the highly self referential nature of Nihonga, and began experiments in more contemporary imagery and media. 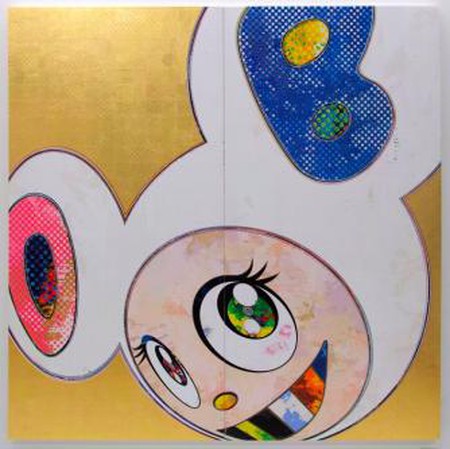 The art world of Japan in the early 1990s did not demonstrate a high level of innovation, borrowing much of its dominant aesthetic preferences from Western art. Murakami responded to this lack of nationalism, and early works of his are satirical and critical of World War II Japanese culture. It was around this time that the artist began to develop some of his most well-known characters, whose ongoing presence in his work has lent itself to the blurring of boundaries between high and low art in Murakami’s projects.

Mr. DOB, the artist’s first and longest living character, was created following studies he made into the secrets of commercial longevity. He wanted to produce something that would stand the test of time and change the course of contemporary art production in Japan through the introduction of a more genuinely Japanese style and subject matter. Following the introduction of Mr. DOB, whose look has become increasingly grotesque as the artist’s work evolves, other characters began to spring to life. Miss Ko2, a large breasted manga figure, smiley faced flowers, and quirky pandas are some such examples. These characters, together with the fantastical world they inhabit, have become dubbed by the artist as ‘Superflat’. Superflat was born of the artist’s desire to highlight the traditionally flat Japanese imagery that stands so much in contrast to Western concerns with three-dimensional representation. 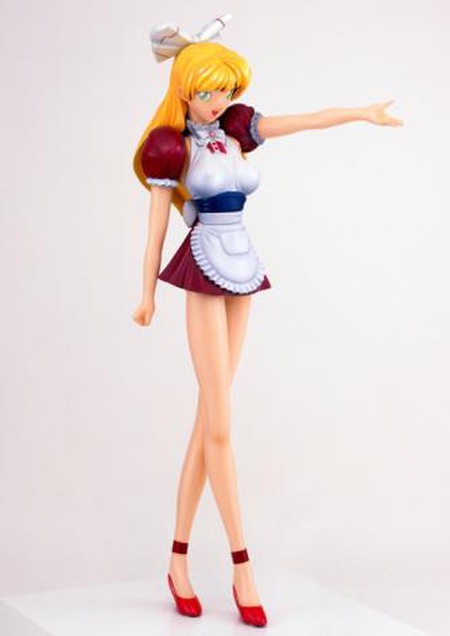 In 1996 Murakami opened his first Hiropan Factories, one in Tokyo and the other in Brooklyn, New York, where a team of assistants helped him produce his Superflat works. Creating art within the context of a factory has inspired many comparisons between Murakami’s workshops and Andy Warhol’s own Factory. But Murakami is quick to point out the major difference between the revolutionary American Pop artist and himself: the former artist does not do drugs. Unlike the Warhol Factory, Murakami’s operation is highly regimented. The artist begins by presenting carefully considered drawings to his assistants and indicates the desired dimensions of the piece. His assistants then enlarge his drawings and select the coloring they feel is right for a particular work. A similar operation is undertaken for his fiberglass sculptures.

The 2001 exhibition, Superflat, at MoCA gallery in the Pacific Design Center in Los Angeles was the beginning of Murakami’s rise to art world stardom. The astonishingly positive turnout to the exhibition pushed the artist into the public consciousness, and opportunities for commercial projects soon came his way. In 2002 Marc Jacobs and Louis Vuitton reached out to Murakami, suggesting that together they make limited edition handbags to sell in its stores. He agreed, seeing the experiment as a conceptual project, which would come to envelope his entire operation. The artist later extended his endeavors in retail, producing a whole series of toys and other design products that carried the Murakami brand, naming his business Kaikai Kiki. In 2007, he was approached by Kanye West to illustrate an album cover and create the animation for one of his music videos, and in 2009 he worked with Pharrell Williams to make a sculptural portrait of the musician for the Swiss art fair Art Basel. 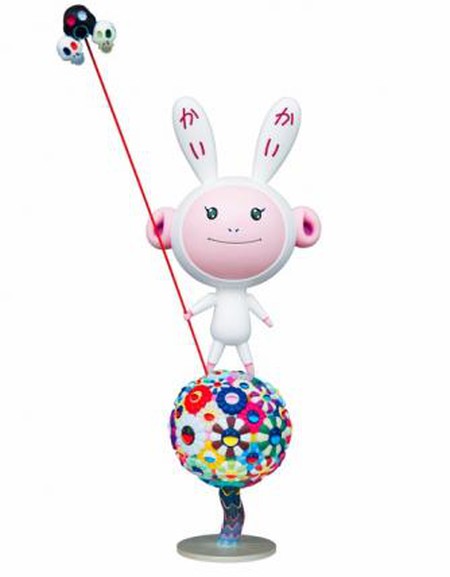 Together with these side projects, Murakami continues to produce artworks for the gallery. A 2013 exhibition titled ‘Takashi in Superflat Wonderland’, was on view at PLATEAU Samsung Museum of Art in Seoul, South Korea from 4 July through 8 December 2013. The exhibition brought together some of the artist’s most celebrated works, such as a 2010 sculpture of his Superflat Flowers and a 1997 life-size, fiberglass embodiment of Miss Ko2 dressed as a waitress. Other recent shows of his work have been held in the Emmanuel Perrotin Gallery, Hong Kong and Blum & Po, Los Angeles, both in 2013, and at Gagosian Gallery, Hong Kong in 2012.

Takashi Murakami’s exceptional business sense and appealing imagery have made him an artist for the masses. His range of products allows anyone to own an original Murakami in some form or another. This one of a kind artist has succeeded in making low art into high art but, unlike his pop art predecessors, he then returns his fantastic Superflat masterpieces to the realm of popular culture.