Yeast Rises for Israeli Sitcom Sensation "The Baker and the Beauty" 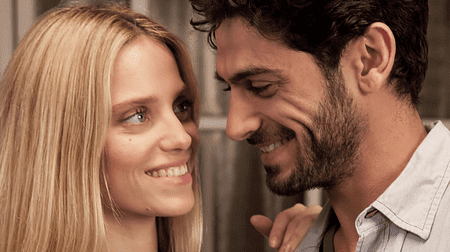 Take a hot working-class guy and a rich supermodel and you’ve got the start of something combustible—especially if they fall in love. Israel’s romantic sitcom The Baker and the Beauty is set to become a global phenomenon.

Currently in its second season, The Baker and the Beauty (also known as Beauty and the Baker) has been acquired by Amazon Prime, which will launch it in 200 countries and territories.

Variety reported that both seasons will stream internationally on Amazon via the Prime Video app and online at PrimeVideo.com. Channel 4 is already airing it in the UK.

The smash-hit Hebrew-language show was created and written for Keshet Broadcasting by Big Brother–Israel star Assi Azar. Originally titled Lehiyat Ita (“Being with her”), it’s about two mismatched lovers from different Jewish communities. The 1999 Julia Roberts–Hugh Grant movie Notting Hill was a key inspiration for Azar. 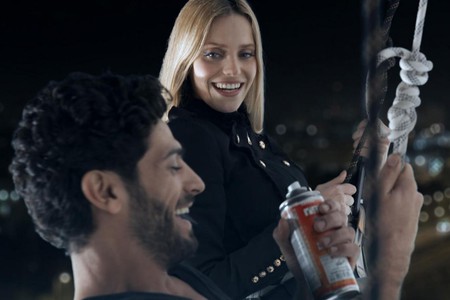 Amos (Avraham Aviv Alush) is a handsome 28-year-old Sephardic Yemenite who lives at home with his parents and sweats all day for a minimum wage in the family’s bakery business.

Vanessa (Hila Saada), his complaining girlfriend of nine years, is impatient to tie the knot. Since he’s backwards at coming forwards, she gets him into a ritzy Tel Aviv restaurant one night to talk wedding plans.

Headed for the same restaurant is the rich Ashkenazi supermodel and heiress Noa Holander (Rotem Sela), who’s smarting from the end of her much-gossiped-about affair with Pete Evans (Jason Lewis), an unfaithful Hollywood movie star.

“The Baker and the Beauty” was partially inspired by “Notting Hill,” starring Julia Roberts and Hugh Grant | © Universal Pictures

When Amos and Noa collide, sparks fly. And if ever a romance came freighted with complications, it’s this pair’s. Not only is each a fish out of water in the other person’s pond, but they have to deal with political and religious tensions.

The show has been adapted in The Netherlands for Net 5. Expect American broadcasters and streaming companies to dream up new versions of the blue-collar guy/upper-class woman premise, or perhaps vice versa. It is, after all, a time-honored formula, from Pygmalion to Lady Chatterley’s Lover and beyond.