We Gotta Have It on Netflix in November 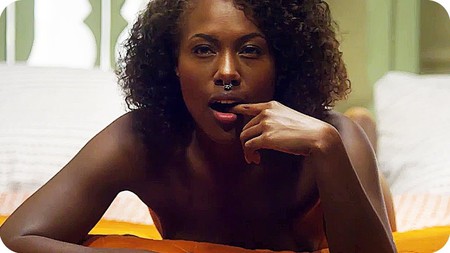 It’s an especially strong month for Netflix original series—the standouts including Alias Grace and She’s Gotta Have it.

Like The Handsmaid’s Tale, Alias Grace derives from a Margaret Atwood novel about the trials of a woman subjected to servitude and incarceration. Sarah Polley adapted and Mary Harron directed this Canadian Gothic tale, which is based on a true case of an Irish servant (Sarah Gadon) implicated in the murder of her master (Paul Gross) and his housekeeper mistress (Anna Paquin). Building tension over the course of six episodes, it’s a classy binge-watch if ever there was one. 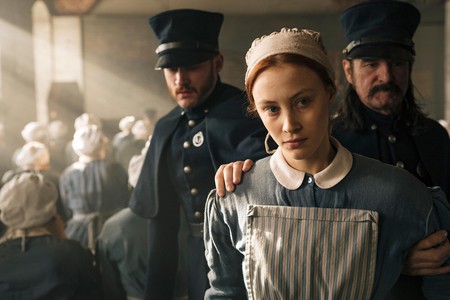 She’s Gotta Have It

Godless promises to be the first quality Western series since 2012’s Hatfields & McCoys (though since that dramatized an Appalachian feud, it was technically an “Eastern”). There are elements of William Wellman’s Westward the Women (1951) and Anthony Mann’s Man of the West (1958) in Scott Frank’s seven-partner about a “good bad man” (Jack O’Connell) on the run from his adoptive father, an evil outlaw (Jeff Daniels). They fetch up in a town where all the men have died in a mining accident, so the women—including Alice Fletcher (Downton Abbey’s Michelle Dockery)—have had to toughen up. The question is, have they toughened up enough? 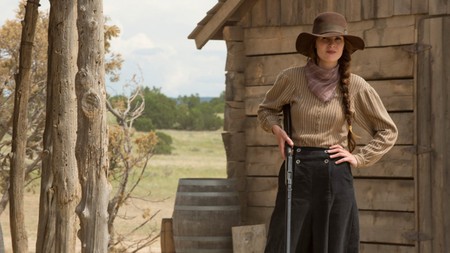 Dee Rees’s masterful film of the Hillary Jordan novel focuses on the relationship between a poor white family and a black sharecropping family in muddy Mississippi during and after Word War II. Taking its cue from William Faulkner’s As I Lay Dying, the novel is narrated by multiple characters. Rees’ harnessing of this literary strategy enhances the empathy for different characters.

Mary J. Blige and Carey Mulligan excel as the mothers who try to connect across the racial divide; Jason Mitchell and Garret Hedlund are equally good as the black and white soldiers who bond after serving in the war. Their attempts to forge friendships are sabotaged by the white bigotry of the Mulligan character’s loathsome father-in-law, played by Jonathan Banks. Rob Morgan and Jason Clarke also shine in this impressive ensemble movie. Mudbound was screened at the New York Film Festival.

If vigilante justice meets with your approval, The Punisher might be your cup of beef tea. Jon Bernthal reprises the role of Marvel Comics’ social purger Frank Castle from Daredevil. Thomas Jane played Castle in the 2004 movie; Ray Stevenson stepped into his shoes in 2008’s Punisher: War Zone. The new series runs 13 episodes, suggesting Netflix has its eye on further instalments. 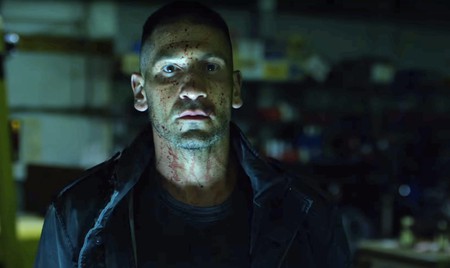 Joe Bernthal in The Punisher | © Netflix

Longmir’s has been renewed for a sixth and final season, consisting of 10 episodes. Robert Taylor plays Walt Longmire, the widowed modern-day sheriff of the fictional Absaroka County, Wyoming; Lou Diamond Phillips is his tracker friend Henry Standing Bear; and Cassidy Freeman is Walt’s lawyer daughter Cady. Henry was kidnapped at the end of season five. Can Walt rescue him before he (presumably) retires? 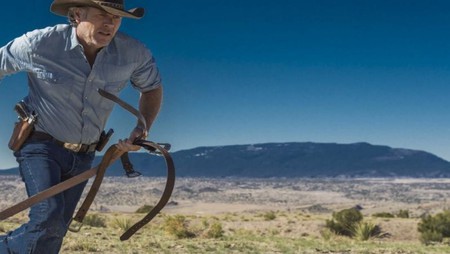 Originally aired on BBC America, the final series of this British buddy cop show deals with the culture of rape and institutionalized sexism in the eponymous Dorset coastal town. Detectives Ellie Miller (Olivia Colman) and Alec Hardy (David Tennant) are brought into investigate the rape of a middle-aged women, Trish (Julie Hesmondhalgh), outside the place where her best friend’s 50th birthday is being celebrated. 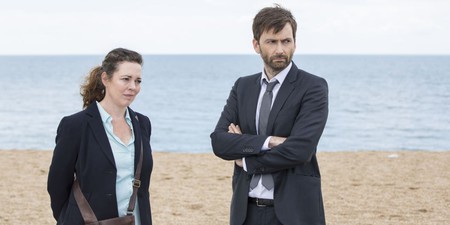 To bat away the post-Halloween blues, Netflix had scheduled a number of scary movies for November—with differing degrees of scariness. Among them are Silent Hill and, er, Scary Movie. The least nightmarish of them is Brad Silberling’s 1995 Casper, based on the Harvey Comics character Casper, the Friendly Ghost, who dates back to the late 1930s. The spirit of a dead boy, Casper, was the perfect foil for 15-year-old Christina Ricci, whose previous film was Addams Family Values. Some would now probably regard Ricci as scarier than Casper, having become Hollywood’s favorite goth.

Brian Helgeland’s respectful biopic depicts how Jackie Robinson (played by Chadwick Boseman) became the first African-American to play Major League Baseball in the modern era. Championed by the Brooklyn Dodgers executive Branch Rickey (Harrison Ford), Robinson made his debut at Ebbets Field on April 15, 1947, but the movie is less about that momentous occasion than how, as a man with a fierce disposition, he coped with the acrimony he received from his own teammates, spectators, and the likes of Phillies manager Ben Chapman (Alan Tudyk).

Kate Winslet deservedly won the Best Actress Oscar for her portrayal of Hanna Schmitz, who, as an SS guard, was responsible for the the burning of 300 Jewish women on a death march from Kraków. David Kross played Michael Berg, the teenager who becomes Hanna’s lover in 1958 Berlin; Ralph Fiennes played the older Michael who, realizing she is illiterate, reconnects with her after she is sentenced to life imprisonment. Bruno Ganz and Lena Olin co-star in this adaption by David Hare from Bernhard Schlink’s allegorical novel. Directed by Stephen Daldry, The Reader addresses the moral confusion of the Germans who succeeded the wartime generation. 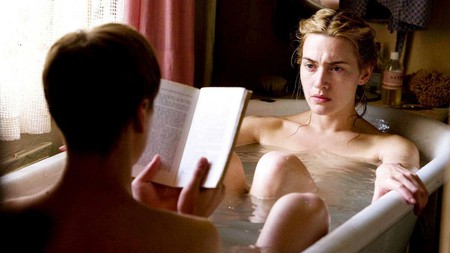 David Kross and Kate Winslet in The Reader | © The Weinstein Company

Where the Day Takes You

Something of a surprise when it was released in 1992, Marc Rocco’s drama unsentimentally depicts the lives of Los Angeles street kids—jailbirds, prostitutes, and drug addicts inevitably among them. Under the watch of the 22-ish King (Dermot Mulroney at his best), the waifs and strays, played by Ricki Lake, Sean Astin, Lara Flynn Boyle, Balthazar Getty, Will Smith (in his film debut), and James LeGros, have formed a surrogate family, but it isn’t enough to keep most of them out of harm’s way. Though less accomplished than Gus Van Sant’s early films—to which it is emotionally sympathetic—Where the Day Takes You is well worth a look.

French action director Fred Cavaye followed Point Blank and Anything For Her with this effective crime drama about two cops, played by burly Gilles Lelouche and the great Vincent Lindon, who are determined to bring down a gang of murderers working for the Serbian Mob. Mea Culpa doesn’t tax the imagination—what you see is what you get—but its string of set pieces is superbly calibrated. 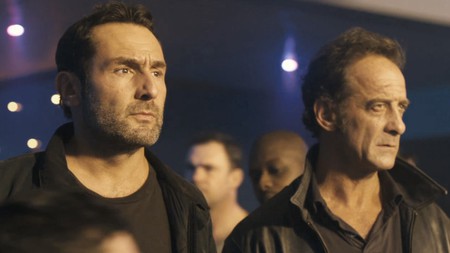 Tommy Lee Jones directed and starred in this neglected 2014 Western about a rascally, but guileful, claim-jumper enlisted by a spinster (Hilary Swank) to help her escort three insane pioneer women (Miranda Otto, Grace Gummer, Sonja Richter) from Nebraska to an Iowan church where they will be cared for. There’s a tang of the real West—not the Hollywood one—about this movie, which, given its eastward trajectory, is something of an un-Western. It was based on a novel by Glendan Swarthout (Where the Boys Are, The Shootist) and elicited some of the finest acting in Swank’s career. 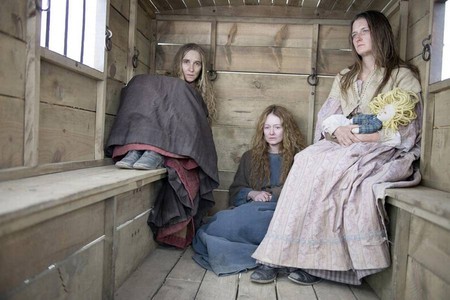 Sonja Richter, Miranda Otto, and Grace Gummer in The Homesman | © Roadside Attractions
Give us feedback