As a veteran film critic for the Village Voice and Vogue, as well as a pioneer of feminist film criticism, Molly Haskell might seem an odd choice to write a biography of Steven Spielberg. He is, after all, a director well known for making films that give short shrift to female characters. And then there’s the fact she’s a Gentile. 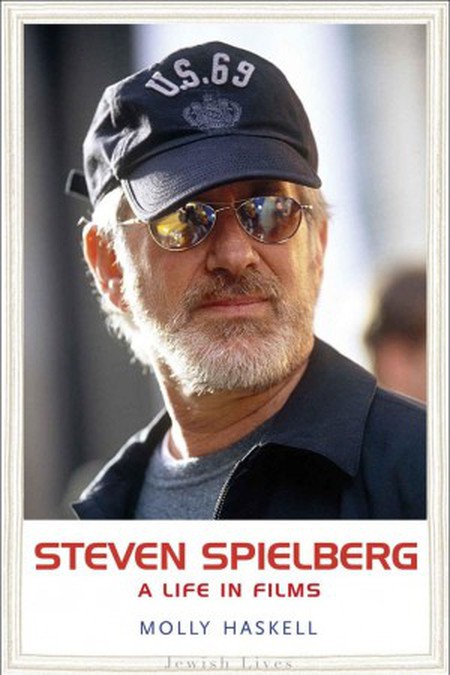 While the choice is unconventional, it becomes quickly apparent from reading her slim volume, Steven Spielberg: A Life in Films for the ‘Jewish Lives’ series from Yale University, that Haskell was a shrewd choice. Free from concerns that might be leveled by critics, she states, “I didn’t worry about not being Jewish—let others do that,” and adds the wise words, “I believe there should be no bars of race, ethnicity, or gender to writing.” She gets on with her task with scholarly dedication and a lyrical, often humorous, prose. More significantly, being a woman writing about a man almost solely focused on male-centric stories, she recognizes she might actually have an advantage in contributing something new to the fray.

Haskell opens with the conventional tropes of a biography. She begins by charting Spielberg’s youth growing up as a Jew in a Gentile community in Arizona, as an alienated teen with parents whose marriage was in free fall. She notes, as many others have, his complicated relationship with his father, one that would fuel not only the themes of many of his films but also produce reams of critics’ columns that psychoanalyzed his films—or, as Haskell peevishly puts it when discussing Jaws, “it was open season for Freudian sleuths.”

Spielberg has rarely given access for interviews, a problem she notes early on, meaning Haskell had to rely on secondary sources. But it isn’t a problem. It is her insights that make the book such an addictive read. She notes how Spielberg’s “fingerprints are everywhere” in his work as producer and director, but, by looking at Spielberg’s life from a female perspective, she brings a fresh critical eye to the proceedings.

In what is a sprightly, at times thrifty, exploration of the director’s life, she manages to pack in insightful and eloquent examinations of his greatest successes. Invigorating readings of Jaws, E.T., and Close Encounters of the Third Kind manage to feel original, an impressive feat when considering the numerous books that have already been written on them.

Spielberg was never one of the cool kids, something Haskell clearly believes helps to explain his body of work. He may have been a contemporary of Robert Altman, Martin Scorsese, and Brian DePalma, but he was never interested in the European filmmakers they admired. He was a nerd. A kid, like his long-time friend and collaborator George Lucas, who never grew up, still wanting to fiddle with transistor radios (and later the grown-up toys used in VFX), and scared to hell of women.

Haskell writes repeatedly about his use of the ‘Shrieking Woman’–most clearly depicted in the character of Willie Scott, played by his future wife Kate Capshaw, in Indiana Jones and the Temple of Doom. While Haskell clearly states she never views him as a misogynist, it doesn’t stop her poking fun. In one chapter, she notes that one of the messages of Close Encounters is “Girls, don’t mess with your guys when they’re playing with their toys”. Spielberg, for better or worse, is a man who cares little for female characters; he exists in a boy-centric world.

It is in the comparison of the cool cats of New York versus the blockbuster boys of L.A. that she opens up the well-worn “art over commerce” debate, pitching Peter Biskind against Tom Shone to briefly reevaluate the damage done by the advent of the tent pole film. It’s a theme that runs throughout the film, but could easily fill a much longer book. 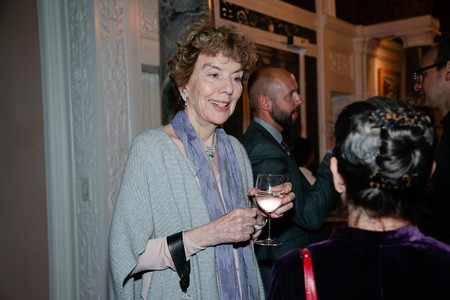 Haskell shines when she is considering Spielberg’s less canonical films. Her takes on Empire of the Sun, The Colour Purple (with an interesting citing of Armond White), and the flawed but fascinating A.I., which Spielberg inherited from Kubrick, are some of the richest and most touching critiques in the volume, and it comes as no surprise that these are the films Haskell connects with most.

Her reading of Schindler’s List, and the much-less remarkable Munich, are also opportunities for her to navigate the director’s troubled relationship with Judaism, including his final embracing of his heritage in a chapter that includes his formation of the USC Shoah Foundation. She handles this deftly, noting that the tension between his ethnic background and the desire to belong are explored throughout his films in a form of on-screen therapy. He might not give interviews, but the director’s movies are an open book for understanding who he is.

Spielberg’s later films aren’t given the same critical attention as earlier works. Tintin, War of the Worlds, and films from the more recent period are rushed, being given the briefest of coverage. So are Spielberg’s collaborations with Tom Hanks (whom she describes as Spielberg’s ‘alter ego’). It is a pity, because her insights would be valued, as would greater detail about his relationship with frequent musical collaborator John Williams.

Despite the failings of the later chapters, for a biography that is a little over 200 pages long, Haskell has managed to pack it tightly with lively, fresh, and touching criticism that provides an insightful reading of one of Hollywood’s greatest.