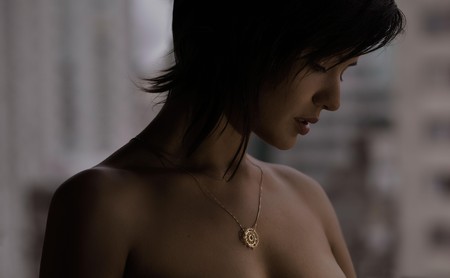 What if an app could capture the emotions of your love story and 3D print them into an intricate design? What if you could store emotional memory in a personal object, a concrete expression of the intangible?

It may sound like something out of a science fiction Netflix binge, but Brazil-based architects Estudio Guto Requena and digital product studio D3 have developed a technology that can 3D print emotions in the form of unique mandala “aura” pendants. Their smartphone app, Aura Pendant, uses three different sensors to capture heartbeat, voice, and brain activity while the user narrates their own love story. The bio-feedback is then collected and used to map out an intimate, emotional design.

The digitally-fabricated jewelry is the result of five years’ research and two public experiments, which they’re calling the Love Project. Considered “an experience at the intersection of design, science, and technology,” the project aims to demystify the use of digital technology, while creating objects using a distinctly personal and emotional narrative. 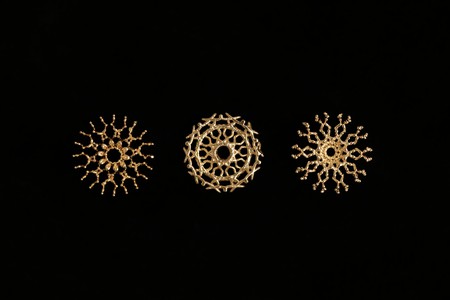 The project also promotes the idea of “Affective Sustainability” – a principle that asserts objects will last longer in our lives if they’re imbued with a profound, emotional context. “In a world overloaded with objects, it seems that the future of Design is more and more related to the creation of interfaces, and the possibility to generate shapes through our human emotions,” says the press release.

But how does it work exactly? The creators designed an interface that could interpret data collected from the sensors in the smartphone and model the data into a “system of particles” to create a “single language.” “Each particle has a different behavior, which is altered by the sensor data. For example, the voice sensor is responsible for particle velocity, the heart rate responds by the change in thickness, and the brain waves cause the particles to attract or repel each other.” Using a programming sequence that models three-dimensional objects, the data is then transformed into a “real-time visualization of the emotion,” and the mandala design emerges.

In a cultural climate that values reason and rationale over feelings, the Love Project manages to bridge the sentimental and the ephemeral with the concrete and the scientific.

Aura Pendant | © Estudio Guto Requena and D3
Give us feedback