The Regrettes: The Body Positive Band You Never Knew You Needed 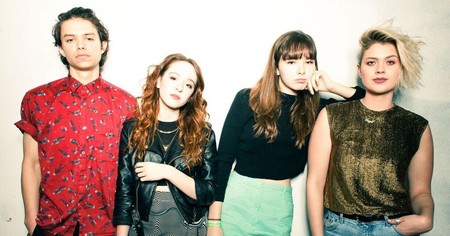 You’d be forgiven for thinking that the lead singer of The Regrettes is from the Karen O or Brody Dalle generation. Her punk rock rasp and insightful lyrics make front-woman Lydia Night seem much older than her 16 years. Along with Night, 19-year old guitarist Genessa Gariano, 18-year old bassist Sage Nicole, and 17-year old drummer Maxx Morando make up The Regrettes.

So what do a “teen” band sing about? High school crushes and fights with best friends? Sure. But they also address the impossible societal pressures put upon women, slut shaming, feminism and body positivity, to name a few things. 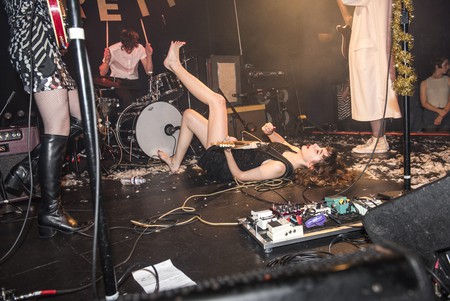 The band are young in another sense of the word, having formed a little over a year ago in December 2015. In January 2017 they released their debut album Feel Your Feelings Fool!, which is, incidentally, the song that you’ll want to send to your best friend when they get hung up on yet another emotionally unavailable love interest.

Their sound has been compared to just about everything. From Vice labelling them a “garage pop quartet” to Vogue going for “lo-fi surf rock”. Their sound is pretty difficult to pin down, owing in part to their wide range of musical influences, which includes Elvis, Buddy Holly, The Ronettes, Bikini Kill and Hole.

What is maybe most important about their music is the lyrics. Listening to their first single, “A Living Human Girl” will have any female-identifying person crying out “Same!” as Night lists off physical traits that society considers to be unattractive and undesirable on women. Yet a lot of women have a lot of these traits. Instead of accepting impossible beauty standards as the default, Night refuses to see these “flaws” as ugly. She owns them singing: “I’m still gonna be here even after your best shot / I can be brave and I can be bold / No matter what you have to say.”

The catchy “Ladylike / WHATTA BITCH” will not only have everyone nodding along to the lively punk beat, but also in agreement with the lyrics. Night sings about how she gets asked out by a hot guy who she’s just not that into. But far from accepting that she’s simply uninterested in this guy, people brand her a “lesbian” and “crazy” (which is problematic in itself).

This kind of entitlement to women perpetuates the idea that women are merely props in men’s stories, as the people in the song cannot accept that Night has the agency to decide that she doesn’t want to date hot Jim. Instead, they try to justify her not being interested in him. 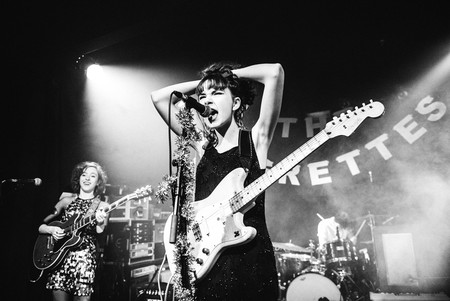 To be young and so tuned in to some of the issues that women face today is important. Perhaps they are not singing about the most severe difficulties that women across the globe encounter, but these are still valid experiences. These smaller incidents can pave the way for more serious misogynistic attitudes if they are not called out. The Regrettes provide a soundtrack to challenging episodes that women will face, ones which make women feel isolated. Their songs encourage women and female identifying persons, of any age, to practice self love and not to let society dictate how they should look or behave.

The Regrettes are currently on tour in the States, check out their dates here.