Swarming With Spooks: The 6 Most Haunted Cities in America 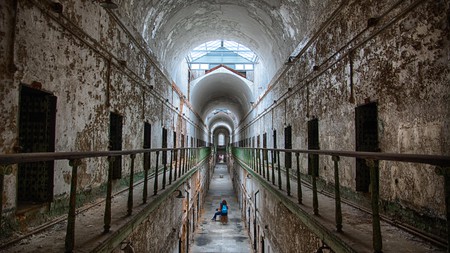 From Philadelphia to a saloon in Alaska, America’s diverse destinations offer pockets of mysterious and magical history, which means hauntings galore. Here, Culture Trip has picked the scariest cities to visit – but do so at your own peril.

Halloween is beloved in America, and it’s no surprise as the country is swarming with spooks. Each city’s unique history brings mysterious tales of glamor and gore, with some players left behind.

There are historic prisons where ghostly inmates roam, old theaters with spirits of the rich and famous, former brothels with spooky dolls, and abandoned asylums. Best of all, you can visit them to experience the paranormal for yourself. We use the term ‘best’ loosely.

Bustling Philadelphia is steeped in history, but not every building twinkles with big city lights. Eastern State Penitentiary (1829) stands empty – mostly. Voices, laughter and pacing footsteps ring through the deserted cells, where prisoners were historically kept in extreme solitary confinement; they couldn’t even leave their cells without hoods. Punishments were allegedly severe, too, which explains the angry apparitions. The clink doors open on Halloween for daring souls.

If that’s not enough, walk through abandoned Pennhurst Asylum’s 900-foot-long (274-meter-long) underground tunnel, with the promise of returning patients.

Philly is so haunted that there’s even paranormal activity at the city zoo and the ghosts of writer Edgar Allan Poe and founding father Benjamin Franklin roaming the streets, the latter spotted stealing change. 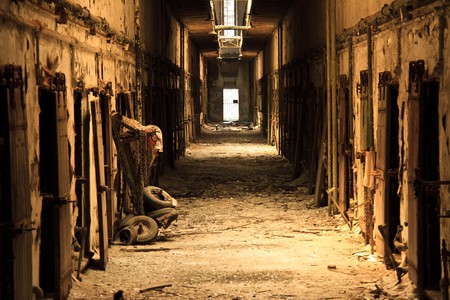 Most know Salem for its 1692 witch trials, which saw more than 200 accused and 20 executed. Nowadays, the town is crawling with spooks, including executed Bridget Bishop, who resides in the Hawthorne Hotel.

Salem’s Witch House, former home of Judge Jonathan Corwin (who was involved in the trials), houses a spirit who pokes terrified guests.

The crown, though, goes to Joshua Ward House. It’s haunted by George Corwin, former sheriff and real so-and-so, who allegedly placed accused witch Giles Corey under a board and piled on rocks to make him talk. Corey was crushed to death. 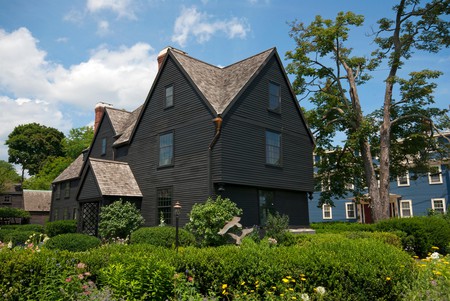 Party with poltergeists in this capital of magic, where 19th-century voodoo queen Marie Laveau – wearing her trademark red-and-white turban – spooks tourists in the French Quarter. Even late writer William Faulkner is around, smoking a pipe at Faulkner House Books.

The most chilling tale comes from the former home of physician Louis LaLaurie and socialite wife, Delphine. A fire in the LaLaurie Mansion (1832) brought in authorities, and they discovered slaves chained to the walls in a secret dungeon. Some say they were used for surgical experiments. The couple fled, and Delphine disappeared. No one knows how true these tales are, but visitors have spotted spooky figures – including Delphine herself. 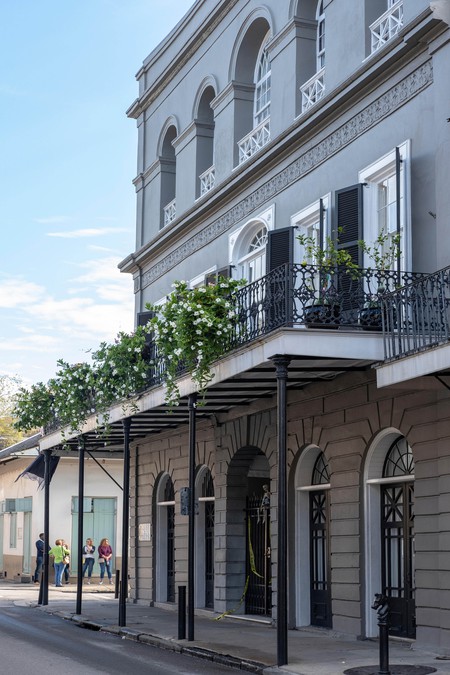 It would be surprising if there weren’t ghosts in Charleston’s harborside Victorian mansions. Many are haunted, including the 19th-century Battery Carriage House Inn, where guests have encountered a headless torso by their bed and the ghost of a man who leaped from the hotel’s roof.

Nearby is the Dock Street Theatre (originally built as a hotel in 1809), where ghost Nettie Dickerson lurks in a red ballgown. In life, Nettie was struck by lightning on the building’s balcony. The spirits of renowned actors have appeared, too, making this the most glamorous American haunt-fest of all. 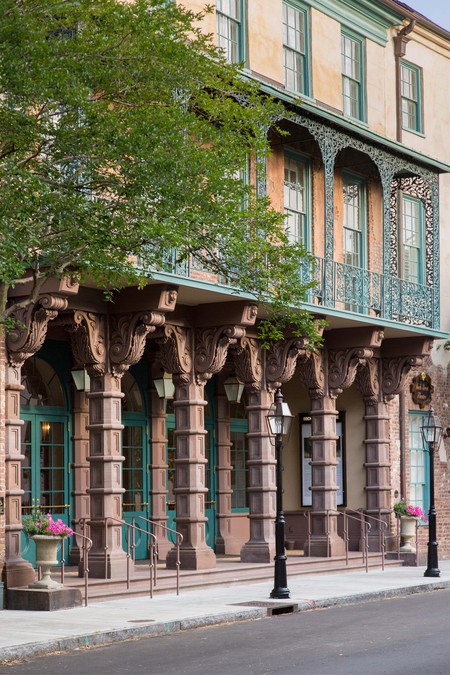 Visit the Dock Street Theatre in Charleston, South Carolina, and you might see the Lady in Red | | © Richard Ellis / Alamy Stock Photo

If your idea of fun is dining in a former hospital for the Civil War’s yellow fever victims, then you’re insane, but you should also head to Savannah’s Moon River Brewing Company. Lots of death means lingering spirits, including a woman in period clothing staring from the top of the stairs. *Shudder*

Afterward, check out the Hampton Lillibridge House. During its construction, workers heard voices and footsteps, reportedly saw equipment thrown across the room, and spotted a shadowy man in a black suit. At one point, a roof collapsed and killed one of the workers.

With Savannah built on a Native American burial ground, hauntings across the town are as common as Georgia’s famous peaches. 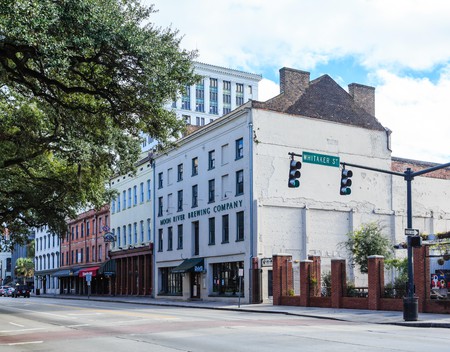 Even though this entry isn’t an entire town, this list wouldn’t be complete without Alaska’s Red Onion Saloon. The 1898 brothel for miners of the Klondike Gold Rush used dolls to maintain a smooth practice. Yes, dolls. Ten of them sat on the bar, representing the ladies working upstairs. Eager customers would choose a doll, and then it was laid down so that others knew the woman was, ahem, busy.

Today, the saloon is simply a bar, but yes, the dolls are still there! Add to that former madam of the brothel, Lydia, who did not leave even in death, and you’ve found yourself one stellar drinking spot. Cheers! 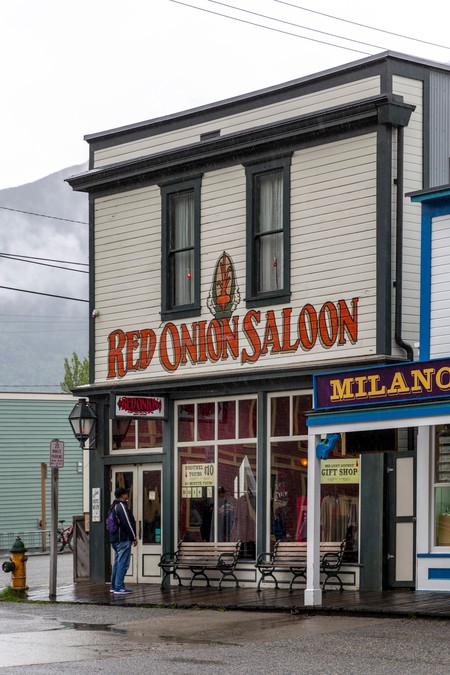 The Red Onion Saloon in Skagway, Alaska, is a former brothel with a ghost or two | | © one-image photography / Alamy Stock Photo
Give us feedback