The 10 Oldest National Parks In The World 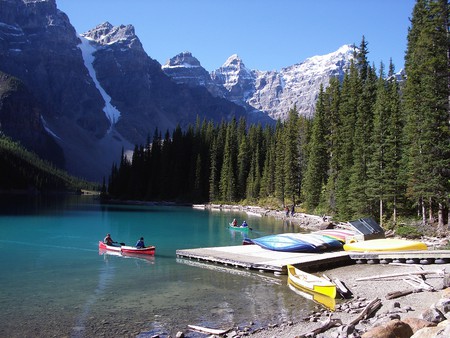 Nearly 100 countries around the world have lands classified as national parks, but which ones have been around the longest? Boasting scenic views, outstanding landscapes, and spectacular wildlife, here are the 10 oldest national parks in the world from the United States to Mongolia to New Zealand.

Many mistakenly think America’s Yellowstone National Park is the oldest national park in the world, but there’s one that is over 100 years older. Established by the Mongolian government in 1778, the area surrounding Bogd Khan Uul Mountain is actually the oldest national park in the world. It is located south of the country’s capital, Ulaanbaatar, and takes three to four hours to hike. You’ll find many cultural sites surrounding the park, including the ruins of Manzushir Monastery, Buddha Park, and Zaisan Memorial. 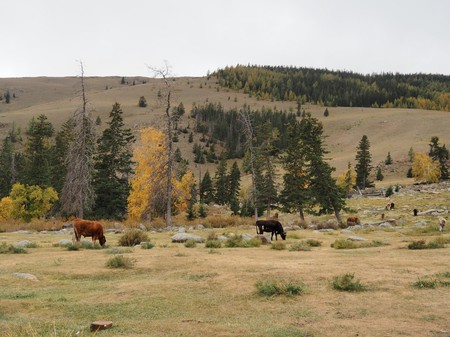 Yellowstone National Park is the oldest national park in the United States and the second oldest in the world. Located between the states of Wyoming, Montana, and Idaho, the park is home to many hot springs and the world’s largest collection of geysers, including the iconic Old Faithful. The Yellowstone River runs through the park with several waterfalls and mountain ranges, and the area’s notorious wildlife includes almost 60 mammal species, including the gray wolf, grizzly bear, bison, lynx, and elk. 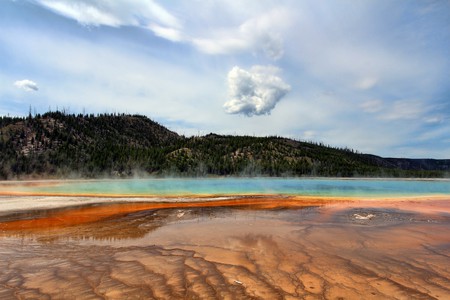 Established in 1879, Royal National Park is Australia‘s oldest national park and spans the area between the coastline and Hacking River in Sutherland Shire, about an hour south of Sydney. The park has several hiking trails, picnic areas, and camp sites surrounded by diverse landscapes, including scenic beaches, blue lagoons, eucalyptus bushlands, and waterfalls. At 26 kilometers long, the popular Coast Track is a two-day trail from the Bundeena village to Otford, with opportunities for bird-watching, kayaking, whale-watching, and snorkeling along the way. 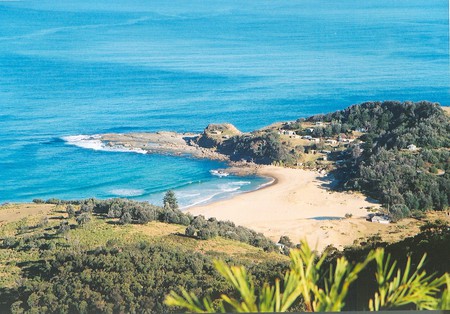 Banff is the oldest national park in Canada. Established in 1885, the park is located in the Alberta Rocky Mountains. Calgary is the nearest city, and the main commercial center of the park is in the town of Banff, in the Bow River valley. Known for mountainous terrain and alpine landscapes — including more than a thousand glaciers, ice fields, forests, valleys, meadows, and rivers — the park is part of UNESCO’s Canadian Rocky Mountain World Heritage site. Natural sites around the park include Canada’s largest cave system, Castleguard Caves, numerous glacier-fed lakes such as Lake Louise, and the Legacy Trail — a trail for walking, cycling, and in-line skating.

Yoho National Park is also located in the Rocky Mountains and is part of the Canadian Rocky Mountain Parks World Heritage site. Along the western slope of the Continental Divide, it’s bordered by Kootenay National Park on the southern side and Banff National Park on the eastern side. The park features spectacular rock walls, breathtaking waterfalls and 28 soaring peaks over 3,000 meters high. Some of the points of interest at Yoho National Park include the Spiral Tunnels railway, Takakkaw Falls in the Yoho Valley, the charming Village of Field, and the turquoise waters of Emerald Lake. 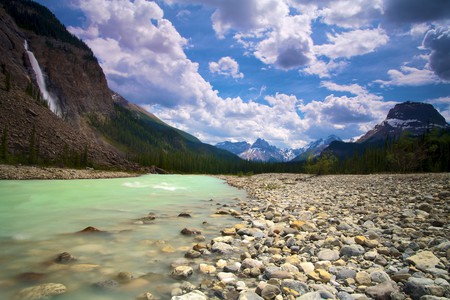 Tongariro is the oldest of the 13 official national parks in New Zealand. Located on the central North Island, the park has many towns around it including Ohakune, Waiouru, Horopito, Pokaka, Erua, National Park Village, and Whakapapa skifield. Home to several sacred religious sites, the area of the park is the former terrain of a native Māori tribe called the Ngāti Tuwharetoa, and was gifted to the Crown by their chief. Because of the outstanding cultural and natural value, Tongariro is one of the 28 mixed cultural and natural UNESCO World Heritage Sites. In terms of nature, the park contains three active volcanic mountains, Ruapehu, Ngauruhoe, and Tongariro, which are all located in the center of the park. 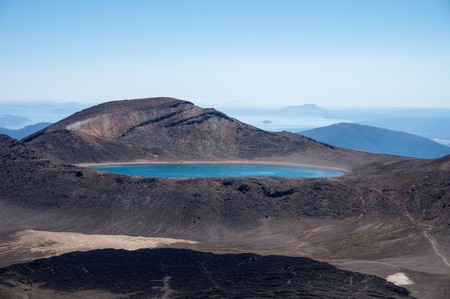 Established in 1890, Sequoia National Park is located in the southern Sierra Nevada mountains of California. The park’s natural wonders include gigantic mountains, canyons, caverns, and some the world’s largest trees. Mount Whitney, which stretches 4,418 meters above sea level, is the highest point in the contiguous 48 United States and one of Sequoia’s main attractions. Sequoia’s Giant Forest contains five of the 10 largest trees in the world, including the General Sherman tree. Today, Kings Canyon National Park, established in 1940, is jointly administered with and connected to Sequoia National Park. 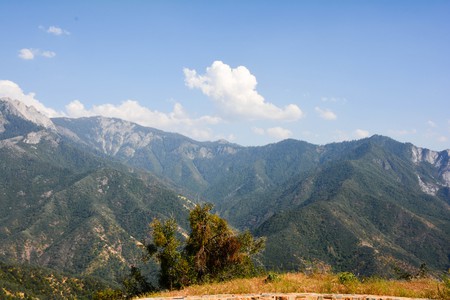 First placed under deferral protection by Abraham Lincoln in 1864, Yosemite wasn’t officially established as a national park until 1890. The park is located in California’s Sierra Nevada, and it’s one of the oldest, largest, and best-known national parks in the United States. It contains granite cliffs, clear streams, huge sequoia groves, diverse wildlife, and the beautiful Yosemite Falls, which is North America’s tallest waterfall. The Yosemite Valley lies in the center of the park with giant vertical rock formations rising around it, namely the Half Dome and El Capitan. Almost 95% of the park is designated wilderness, and it’s known to be home to many rare plant and animal species. 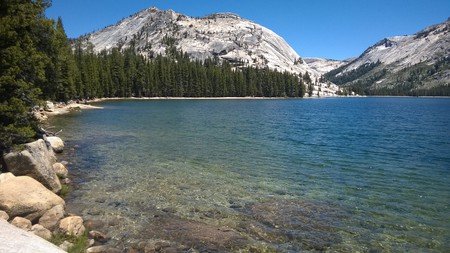 Waterton Lakes National Park is located in the southwest corner of the province of Alberta in Canada. Known for mountains and wilderness, Waterton was established in 1895 and named after Waterton Lake, which was named after the Victorian naturalist and conservationist Charles Waterton. The park is open all year, offering many sports activities and scenic trails, including the premium Crypt Lake trail, which runs through forests and passes the Hellroaring Falls. The park is part of the Waterton-Glacier International Peace Park, designated as a World Heritage Site in 1995, and its ecosystem is so distinctive that it has been designated a Biosphere Reserve by the United Nations. 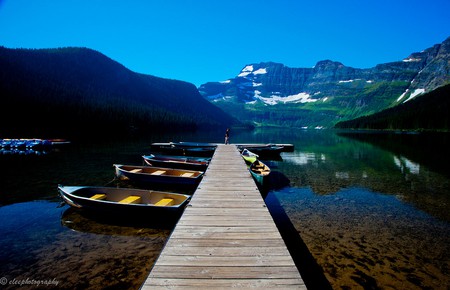 Mount Rainier is an active volcano in the state of Washington, with both Seattle and Portland located within a 300-kilometer radius. It was established as a national park in 1899 by President William McKinley. It’s one of the most glaciated areas in the states, with more than 25 glaciers, including Emmons Glacier and Carbon Glacier. The highest point is found on the park’s Cascades mountain range, which includes both volcanoes and non-volcanic mountains. There are beautiful valleys, waterfalls, sub-alpine meadows, and old-growth forests surrounding the mountains. 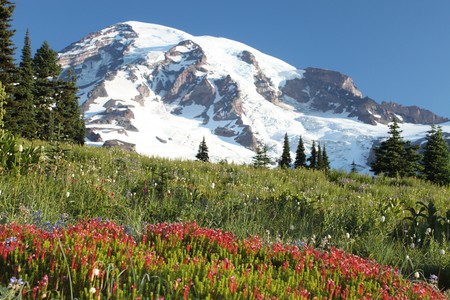