The 10 Best Political Films of All Time

From biopics exploring the complex personalities of campaign leaders to imaginative reworkings of the past (and even more imaginative visions of the future), these ten political films are guaranteed to intrigue even the staunchest of abstentionists. 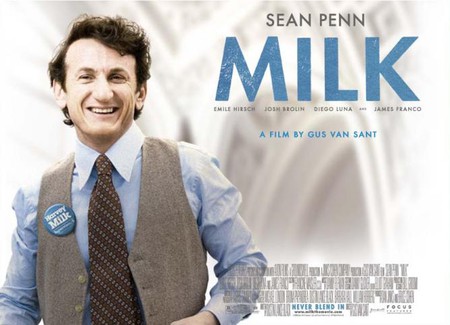 Sean Penn steps into the shoes of passionate American gay rights activist Harvey Milk, who in the late ’70s became a public figure after making his mark as the first openly gay person to be elected to public office in the state of California. The film, in which Penn was honored with the Best Actor Oscar, was symbolically released exactly 30 years after Milk was assassinated in San Francisco, where he fought vehemently against the intolerance of his political rivals to secure a better future for the gay community there and indeed in the whole of the US. Director Gus Van Sant stays true to the original location and events, and even used Milk’s former camera shop on Castro Street.

Dr Strangelove or: How I Learned to Stop Worrying and Love the Bomb (1964)

It should come as no surprise that Stanley Kubrick would be the one to brazenly satire Western paranoia about the atomic bomb while the Cold War was still raging. Peter Sellers masterfully switches between three separate roles in this black-and-white work of comic genius, in which the American government frantically attempts to call off a nuclear strike on the Soviet Union launched by a rogue general without the President’s authorization. Clueless politicians and dim-witted army officials with suggestive names come together to interpret the chaotic state of world affairs in the ’50s.

Set in the year 2020, V for Vendetta is predominantly based on Alan Moore’s graphic novel of the same name. The protagonist is a masked vigilante who fights to overthrow a totalitarian British government with the help of a female accomplice, played by Natalie Portman. Despite the dystopian setting, the political message of the film resonated with viewers in the real world after its release, and provided inspiration for the hacktivist group Anonymous, who have symbolically adopted the Guy Fawkes masks worn by V in the piece. The screenplay was entrusted to the Wachowskis brothers, also responsible for directing The Matrix trilogy, making for thrilling viewing without undermining the serious political tone.

It had been Spike Lee’s dream to direct a feature film on the legacy of the Black Nationalist leader Malcolm Little, and when people demanded for a black director to take charge he willingly stepped up to the challenge. Casting Denzel Washington in the lead role, Lee chronicles Malcolm X’s conversion from small-time criminal to Islamic devotee, eventually emerging as a leader of the African-American Civil Rights Movement who presented a more radical alternative to his contemporary, Martin Luther King Jr. If Malcolm X’s 1965 autobiography, which served as the director’s principal source of information, cemented his reputation as an iconic defender of the black race, then Lee’s 1992 film is a loyal visual homage to the man and his political vision.

Michael Sheen, who has garnered a reputation for his faithful portrayals of historical figures such as Tony Blair and Brian Clough, continues in the same vein as he assumes the role of David Frost, a witty British talk-show host who decides to take on the American President Richard Nixon in a series of interviews and bring him to justice over the Watergate scandal. While securing the interview is by no means a piece of cake, Frost then has to break through the rock-solid wall that is Nixon in order to force a confession out of him. The film may take some liberties with the facts, but it cannot be faulted for the suspense generated by the heated dialogues between these two strong personalities and the intensity of the psychological battle that ensues.

Silvio Berlusconi stands out as the emblem of the corruption so rife in Italy today, but before him came another powerful Italian man who also abused his power: Giulio Andreotti. Paolo Sorrentino’s biopic takes an intimate look into the mysteries surrounding one of the most enduring political figures of the 20th century, having served seven consecutive terms as president of his nation. Throughout the film Sorrentino applies camera and lighting techniques which subtly convey Andreotti’s guilt and which frame him for the crimes which he allegedly committed, including colluding with the Mafia during his time in office. Actor Toni Servillo does a magnificent job in recreating his caricatural features as well as showing a lighter, more human side to Andreotti in the private space of his home.

In 1988 the notorious dictator, Augusto Pinochet, was dethroned after losing a referendum to decide his future as leader of the country. No traces the process which led up to that historic moment, focusing on the innovative advertising campaign created by the opposition to capture the imagination of citizens unlike ever before in politics. Gael García Bernal, who in the past has been directed by greats in the ilk of Pedro Almodóvar and Alejandro González Iñárritu, is the star of the show as the ad executive who breathes new life into the ‘no’ campaign. Its vibrant colours come out brilliantly on screen thanks to the director’s use of a low-definition magnetic tape, giving the film a genuine vintage look which resembles the television news footage of the era.

Although King George VI is not the most celebrated of British monarchs, his story makes for a thoroughly entertaining film in The King’s Speech. As Britain is preparing to engage in battle with the Germans, the people are looking for a voice to guide them, but the stuttering king is far from the strong leader that they had hoped for. Out of desperation, his queen, Elizabeth (played wonderfully by Helena Bonham Carter), arranges for him to meet a speech therapist (played by Geoffrey Rush), who after a rough start makes significant progress with him ahead of the all-important radio-address – his ultimate chance to prove himself to be a worthy king to the nation. The film was an absolute hit at the 2011 Academy Awards, picking up four Oscars, including Best Picture and Best Actor for Colin Firth in the role of the king.

This HBO Films production was only ever aired on TV, but Recount has all the qualities of a political blockbuster fit for the big screen. The docudrama retells the enthralling events following George W. Bush’s win over Al Gore in the 2000 American presidential election, along with the controversy concerning the counting of votes in the state of Florida. The two camps are pitted against each other as they seek justice for their respective leaders, with the Al Gore strategists vying for a recount of the votes and going as far as the Supreme Court. Laura Dern shines as the confident Florida secretary of state Katherine Harris, who was ultimately responsible for Bush’s election, while Kevin Spacey, who has since gone on to star as the protagonist of the highly successful political TV series House of Cards, is also excellent.

Nicholas Garrigan, played by James McAvoy, is a fictional character mixed up in the reality of the human rights disaster that was Uganda in the 1970s, when Idi Amin, the self-proclaimed President, was in power. When Dr. Garrigan flies over to Uganda on a medical mission, he never imagined that he would end up being hired by Amin as his personal physician. Initially enchanted by the leader with a penchant for grand-sounding titles (one of which was in fact the “Last King of Scotland”), he soon opens his eyes to the persecution and political repression suffered by the people at the tyrant’s hands, and searches for a way out. Forest Whitaker’s tour-de-force as the Ugandan dictator was hailed by critics as the best performance of the year, earning him both a Golden Globe and an Oscar for Best Actor in 2007.