How Healthy Is the Vegan Diet? Experts Weigh In 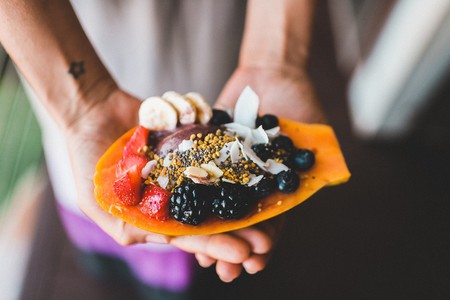 Evidence says the vegan diet is best for our planet, but is it best for our bodies, too? The internet is awash with opposing anecdotes — some suggesting veganism cures chronic disease, others that it makes people weak and sick — but who has it right? We asked a group of experts to weigh in on the healthfulness of a lifestyle that omits animal products.

“The problem is that saying you’re a vegan tells me nothing about what you eat, only what you don’t eat. So are you eating apples or Oreos? Two large meta-analyses looking at vegans showed they tend to have less chance of suffering from cancer and heart disease. When you look at the healthiest populations in the world, they eat a predominately plant based diet high in legumes, grains and starches. One particular “Blue Zone”, the Seventh Day Adventists, have been extensively studied since the 1970’s. They have the highest population of vegans and vegetarians. In the Adventist Health studies the vegans had the lowest rate of diabetes, heart disease, obesity, and certain cancers. In fact, the more animal protein the more disease.
Bottom line is that when you eat animal protein you are consuming saturated fat, heterocyclic amines, heme iron, advanced glycation end products, endotoxins, and increase IGF1 and acidosis. Meanwhile, a well planned vegan diet is rich in fiber and phytonutrients and the only real deficit is B12 which is easily remedied with a small, cheap supplement.”

By eating organic whole plant-based foods (instead of processed vegan junk food) it’s completely possible to obtain sufficient protein, vitamins and minerals that the body needs in order to function optimally. For example, the calcium from plants is more bioavailable (readily absorbed) than the calcium from milk.”

— Nichole Dandrea
Registered Dietitian & Yoga Instructor
“Veganism is healthy because of what it adds and what it avoids. When based on whole-food plant-based choices, it is the highest in fiber, vitamins, magnesium, antioxidants, and phytonutrients. It is also naturally low in added salt, sugar, fats, persistent organic pollutants, antibiotics and hormones. When combined with supplemental B12, it is the only dietary pattern proven to reverse the number-one killer in the western world, cardiovascular disease. Finally, it is also the kindest diet and least damaging to our fragile planet.” 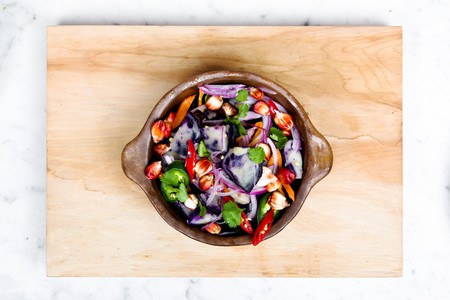 “The biggest problem is the lack of vitamin B12 in a non-meat diet. This can be overcome by supplementation. However, the absorption of B12 also requires the presence of a protein known as ‘intrinsic factor’ released by the stomach. This is why injections of B12 are often recommended.
Another problem is lack of adequate protein levels necessary to stabilize blood sugar levels. For the lacto-ovo vegetarian, this is not a problem. It is more difficult for a vegan to get adequate protein (about 25 grams of protein per meal), to induce both satiety and stabilization of blood sugar levels for the next five hours.”
— Dr. Barry Sears, Ph.D.
Biochemist & creator of The Zone Diet
“Vegan diets tend to be high in grains, seeds and nuts which create a diet high in phytic acid. Phytic acid will demineralize teeth and bones. Unless you’re eating fermented foods, most vegan diets are low in Vitamin K2, which is critical for putting the minerals into the teeth and bones.

Vegan diets have no intake of cholesterol (found in animal fats). If the vegan is not eating enough healthy fats (from vegetarian sources), their blood cholesterol will be too low, and they will not be able to synthesize steroid (sex, adrenal, etc.) hormones or enough Vitamin D. Long term, energy levels, immune health and bone health will be affected.”

— Dr. Idelle S. Brand
Integrative healer, Certified Nutritional Consultant & Dentist
“Without any animal products in their diets, vegans are missing out on many nutritionally valuable items—items that vegetarians, for example, would be allowed to eat: cheese, eggs, yogurt and milk. Protein, calcium, iron and zinc, as well as some B vitamins, are often lacking in a vegan diet.

For a vegan to receive sufficient protein, minerals and trace minerals, I would always recommend that they consult with a nutritionist to get a basic understanding of how to combine certain foods and plan their meals. With a smart and calculated way of combining plant based foods that are rich in different proteins and minerals, a vegan can achieve a balanced, healthy nutrition.”

— Hartje Andresen, DGE Nutritionist
“I gained a lot of weight on the vegan diet due to its high carb content. I got a DHA and a B-12 deficiency and was on my way to plenty of other deficiencies as well. My triglycerides were very high.

Veganism is a fad diet, only about 100 years old—unlike vegetarianism which has been in Asia for many hundreds, if not thousands, of years. In my book I point out the holes in The China Study. The thesis was that the people who ate a small amount of animal products were healthier. But to conclude that no animal products is best is like saying, “Too much oxygen can kill you, therefore no oxygen is best.”