The rerelease of the Harry Potter series in the US prompts a positive reappraisal.

While the Harry Potter films have been available for purchase for many years, the Cinemark chain is offering a rare chance to see them – plus the first prequel Fantastic Beasts and Where To Find Them – on the big screen again. To celebrate the 20th anniversary of the US publication of Harry Potter and the Sorcerer’s Stone, Cinemark is releasing the nine movies in its 141 nationwide theaters from August 31 to September 6, which it has dubbed Wizarding World XD Week. Admission is $5 per screening, or $25 for a series pass at selected venues. 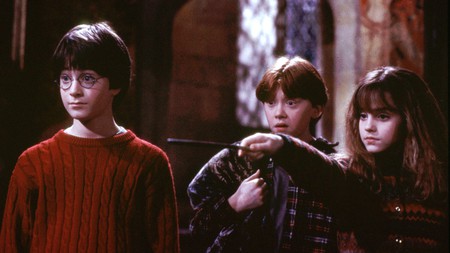 Seven years have passed since the series concluded with Harry Potter and the Deathly Hallows: Part 2, enabling a critical drawing of breath on the lasting value of the Harry Potter series proper. The news is mostly good. Notwithstanding the difficulties of adapting JK Rowling’s books, the films weren’t all satisfyingly constructed; they are crammed with illogicalities, silly talismans and creatures; too larded with perils and escapes; and they wander away too frequently from Harry’s quest to lay the ghost of Voldemort. But each is satisfying in itself as a chapter in a coming-of-age odyssey spanning seven years.

Indeed, viewers reacquainting themselves with the core trio might feel that their personalities are more resonant now than when they digested the films originally. I was not enthralled by the series the first time around, deeming the first two entries geared too much to the interests of children – they were, after all, kids’ films – and feeling that Harry Potter and the Goblet of Fire (until Voldemort’s arrival) and Harry Potter and the Half-Blood Prince were marking time. 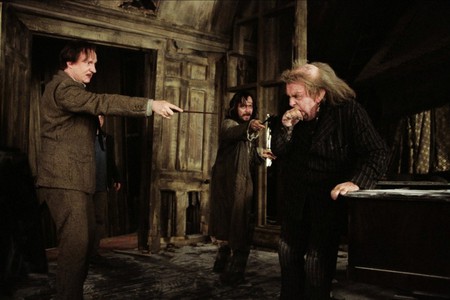 Against that, Harry Potter and the Prisoner of Azkaban, with its Gothic horror climax involving Gary Oldman, David Thewlis and Timothy Spall (three Mike Leigh actors in an alternative hell to Leigh’s London wastelands), was haunting. Harry Potter and the Order of the Phoenix showed true sensitivity to raging hormones and teenage mood swings, and it raised the spectre of fascism in the Ministry of Magic, which gave the series a much-needed socio-political context. Passages in Harry Potter and the Deathly Hallows: Part 1 were masterful, not least Harry and Hermione’s long exile in the wilds following Ron’s abandonment of them because of his sexual paranoia. Harry and Hermione’s tentative dance under canvas may be the greatest moment in all of Potterdom since it raises so many what-ifs.

Watching the films in a cluster after a gap of years is enriching because it allows one to track the evolution of the characters in a more focused way than first was first allowed when the films were released between 2001 and 2011. This may be especially true for devotees who were 11 in 2001 and grew up with the series – Hermione, Ron and Harry’s exact contemporaries. 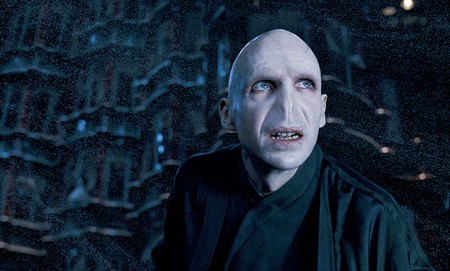 Ralph Fiennes in 'Harry Potter and the Order of the Phoenix' | © Warner Bros.

When we live, work or go to school with people, we seldom notice them growing older and changing. We only register physical or emotional change has taken place if we do not see them for a span of years. Compressing the Harry Potter films into a few days, we, as spectators, see Harry grow exponentially steelier and harder-jawed; Hermione flowing into wise womanhood; Ron, the least mature of them, slowly battening down the door of his timidity and neuroses. (A similar growth effect was accomplished by Richard Linklater over the course of a single movie, Boyhood.)

Harry Potter was, for many millennials, the film series that echoed throughout their youth, much as Star Wars was for late baby boomers. Most will have recognized that magic and its discontents was only one aspect of life at Hogwarts – that friendship and love (and, in Harry’s case, dealing with the return of the repressed) constitute the blood of the threesome’s adventures, which is why they have universal application. The movies’ brief rerelease should occasion great nostalgia.