The Chilean Drama 'A Fantastic Woman' Is Fantastic in Every Way 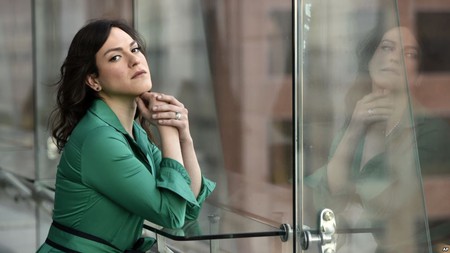 Buoyed by a tremendous lead performance, Sebastián Lelio’s bracing Oscar-nominee depicts the struggles of a transwoman to overcome societal and personal prejudice.

It’s hard to imagine that a more beautiful screen romance will come along in 2018 than that between A Fantastic Woman’s Marina (Daniela Vega) and Orlando (Francisco Reyes), a blissfully happy couple that has recently started living together in Orlando’s apartment in Santiago, Chile.

The transwoman Marina, 27, is a waitress and a nightclub chanteuse who aspires to perform arias live. Orlando, 57, is the handsome owner of a printing company: she has a faintly ironic sense of humor; he has a twinkle in his eye. They are serene companions and passionate lovers; each has found a haven in the other. 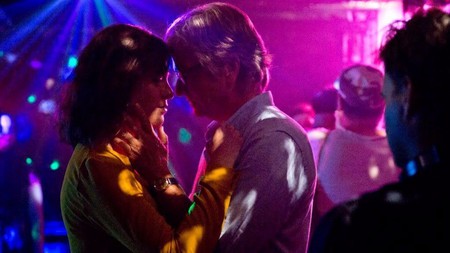 Tragically, the 25 or 30 years they might reasonably expect to spend together are not to be. After wining and dining Marina on her birthday, Orlando wakes in the night feeling ill. As they prepare to leave for a hospital, Marina is unable to stop Orlando falling down the concrete stairs in their apartment block; he suffers bruises and a head contusion. These aren’t fatal but his ruptured brain aneurysm is.

When Marina learns that Orlando has died on an examination table within moments of their hospital arrival, she panics and flees—aware, as she is, that Orlando’s injuries will call into question what passed between them. She also knows from experience that the authorities will not treat her with the respect or judiciousness they would if she were non-trans.

So begins a saga of discrimination and intimidation that would test anyone’s mettle. It brings Marina to the point of self-abnegation but never to the point of self-loathing or self-harm. Sebastián Lelio’s stunning film, which he co-wrote with Gonzalo Maza, hinges on the extent to which Marina, played with verve, subtlety, and cool by trans actress and opera singer Vega, can hold on to her dignity in the face of personal and institutional prejudice. The film has obvious echoes of Lelio and Mazo’s equally fine Gloria (2013), which depicted the journey of a divorced woman in her late fifties who insists on having a satisfying romantic and sexual life. 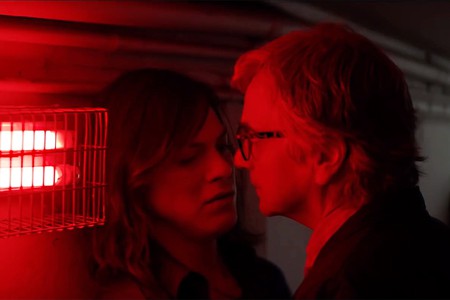 Though trans culture has made massive strides in terms of mainstream acceptance in the last few years, A Fantastic Woman is a reminder that bigotry is still deep-rooted. Because Marina fled the hospital and there were injuries on Orlando’s body, a police investigation is instigated. Detective Adriana Cortés (Amparo Noguera) of the Investigative Police’s Sexual Offences Unit interrupts Marina at the restaurant where she works adjoining an amusement arcade.

Their interview takes place in front of large multi-colored retro robot toy that mocks Cortés’s own retrograde views. She boasts of working the streets for 23 years and having a master’s degree in sexual offences, but she is blatantly insensitive and has tunnel vision when it comes to gender identity issues. Because Marina is trans, Cortés feels obliged to ask her if Orlando had hired her as a prostitute. When Marina tells Cortés that they were a couple, Cortés perplexedly asks if their relationship “wasn’t just sexual” and states “he was old enough to be your father.”

The officer’s ludicrous perception of transsexuality is that it is predicated on sexual activity alone and involves a degree or perversion. Her insistence on Marina having a “superficial” photographic physical with a police doctor, which Cortés attends herself supposedly to verify that Marina herself does not have incriminating bruises (from an imaginary S&M encounter with Orlando), leads to Marina having to expose her lower half, humiliating her. Lelio discreetly averts the camera’s eye. 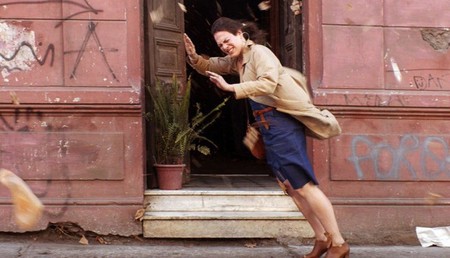 Smarting as much from Orlando’s choice of Marina as his partner as from his sudden death, his son Bruno (Nicolás Saavedra) and ex-wife Sonia (Aline Küppenheim) are brutal to Marina; only Orlando’s brother Gabo (Luis Gnecco) shows her consideration. Caught trespassing in Marina and Orlando’s flat, where Marina still lives, Bruno preaches empathy then asks Marina “Did you get the operation?” and tells her “I don’t know what you are,” as if he has any right to know or ask.

Bruno further wants to take away Diablo, Marina’s dog, formerly Orlando’s family’s dog, but only because Orlando gave it to Marina. Bruno’s ugliness is summed up in his recollection that he used to sleep beside Diablo until the dog’s smell started bothering him. He departs the flat having physically threatened Marina. Soon after, Diablo disappears.

Sonia arranges to collect Orlando’s car from Marina in a secluded floor of a multi-storey car park so they won’t be seen together. Her opening salvo of “I’ve been wondering how you look for about a year”—“As you can see, flesh and bone,” Marina replies—is followed by “I can’t imagine Orlando being with you, that’s all.” Sonia’s response to Orlando’s computerized car—“Complicated. Really complicated. Total quantum physics”—metaphorically expresses her conditioned reaction to Marina, a woman who is not merely womanly but clearly more comfortable in her skin than Sonia herself is. 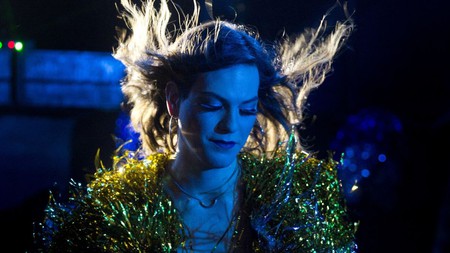 Typically, such illiberality denotes the speaker’s insecurity, disappointment (at rejection), fear, and inability to accept something that clashes with his or her idea of normality. Expecting Marina to be a freak, Cortés, Bruno, and Sonia are the ones who behave freakishly—certainly, their stretched facial expressions and speechifying seems unnatural, though they never become caricatures.

Even the moderately tolerant police doctor who photographs Marina can’t help but patronize her: “Pretty name, Marina.” The wind itself tries to floor Marina at one point but she stands strong. It might be said that it is not a prevailing wind.

The stress takes its toll, of course—Marina drinks, smokes marijuana for more than recreation, and stops doing the dishes. Refused permission by Sonia to attend Orlando’s wake, she shows up anyway and is kidnapped by Bruno and two other family thugs. They call her foul names, wrap her head in cling film, and dump her on the outskirts of the city. 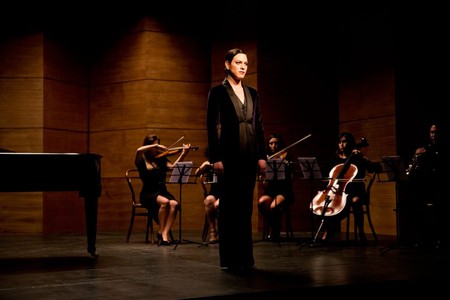 Marina’s response is defiant, but the fact that she acts out sexually, and perhaps degradingly, at a gay club, suggests the family has penetrated her guard. Mercifully, Orlando’s ghost shows up—for Lelio is not averse to interrupting his film’s flow with dabs of magical realism—to point her to a dancefloor, where all the transwomen and gay men formation dance and literally sparkle.

Marina is thus empowered to insist on her rights to say goodbye to Orlando, reclaim Diablo, fulfil herself as an artist—and even break the fourth wall by locking gazes with the viewer.

There is a mystery at the heart of A Fantastic Woman (which has been nominated for the Best Foreign Language Oscar). It begins with idyllic shots of the Iguazu Falls bordering Misiones in Argentina and Paraná in Brazil—the destination of a dream vacation, Orlando’s birthday present to Marina, that the couple will never take. Shortly after leaving a sauna, Orlando realizes he has mislaid the tickets. After his death, a key leads Marina on a wild goose chase searching for she knows not what, but which leaves her staring into the void of his empty sauna locker: no tickets or answers are to be found there.

This strand of Lelio’s movie isn’t the most reassuring, but it does harmonize with several shots of Marina looking into mirrors, or reflected in windows, that hint that the film is less about her need to overcome societal constraints than search within herself and embrace the singular identity she has forged. There’s little doubt that she will.

A Fantastic Woman opens in New York on February 2.