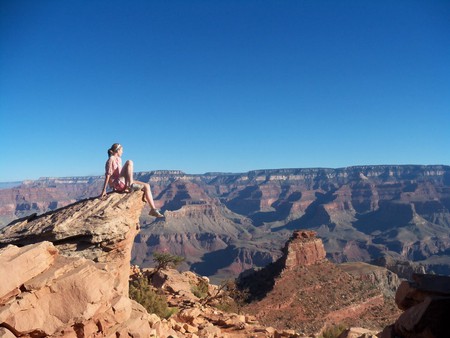 When husband and wife, Derek and Kenzie Tillotson, posted a YouTube video asking for a nanny to join them on their family’s year-long, round-the-world adventure, they expected a few dozen applications. Instead, the pair received 20,000 applications and are now finally interviewing the potential winner.

Culture Trip says winner, because the job on offer is more like a prize. The successful candidate will have their travel, accommodation and food paid for and earn a monthly wage in exchange for supporting the Tillotsons and their three young children with cooking, cleaning and childcare on their adventure.

The couple have received applications from people all over the world and from all walks of life – including teachers, nurses, social workers, even medical doctors – after their video was watched nearly 250,000 times on YouTube alone.

“We’ve had so many awesome people respond, and it has seriously touched us,” Derek said. “When we initially started this search, we honestly expected maybe someone from a different town, or maybe one of our friend’s friends would be the perfect match for us. We’ve just been blown away by the interest.”

It seems wanderlusters everywhere are eager to join the young family as they travel the globe, sharing in their adventures. The family will begin their journey in July 2017 starting with New York, then Scandinavia and on to Europe. After a two-week Christmas break, the family will pick up on their travels and head West to Hawaii, New Zealand and Asia.

“We felt like we were becoming too busy with our lives and worried that we would lose our family if we didn’t take some time to create solidarity before our kids were grown,” explains Kenzie. “We decided to become professional parents for a year, with some nanny help, obviously. If I invest in this time with my family while my children are young, then hopefully it will generate a link that will give us support and love for the rest of our lives.”

Unfortunately, applications for this dream job are now closed, after the couple began receiving more messages than they could cope with. However, anyone who wishes to follow the Tillotsons and their lucky nanny can do so via the FiveTakeFlight blog.