Why You Should Visit Dubai, According to Fashion Boutique Owner Nemanja Valjarevic 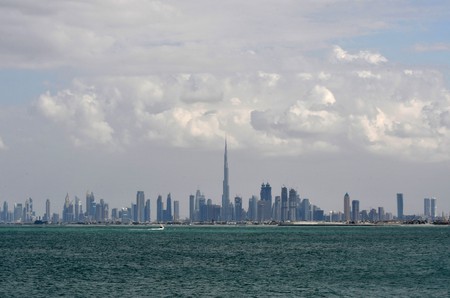 There is so much more to Dubai than fast cars, designer shopping and luxury hotels | © GIUSEPPE CACACE / AFP / Getty Images

Although luxury is certainly abundant in Dubai, the city is more than just fast cars and opulent suites. Culturally rich and deeply connected to its Bedouin heritage, the city is quickly becoming a booming art and design hub. Art space and fashion boutique owner Nemanja Valjarevic walks Culture Trip through an insider’s guide to Dubai. 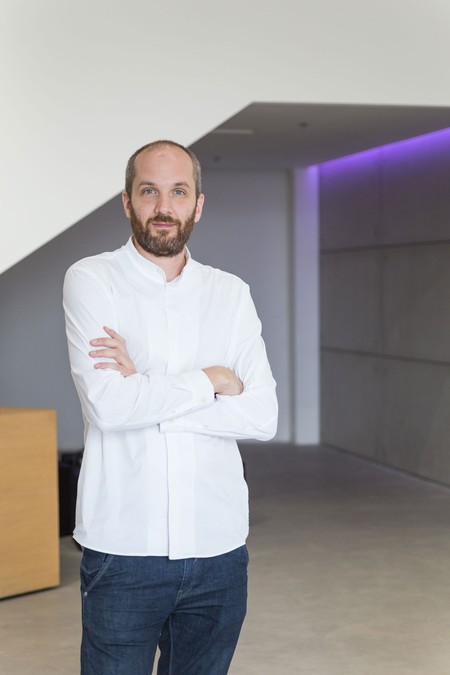 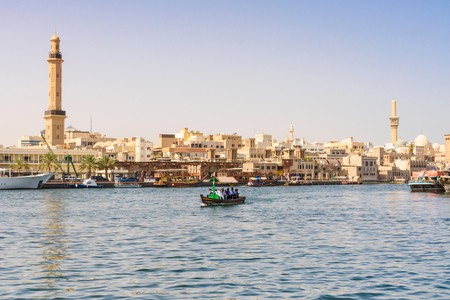 Away from the modern forest of glass-and-steel, Dubai is also home to a number of historic districts | © Jason Knott / Alamy Stock Photo

There’s a growing movement in Dubai to celebrate the past – a time before oil when Bedouin tribes lived in desert camps, travelling by camel was the only mode of transport, and pearls were the national treasure.

This rich history isn’t just celebrated in museum displays but in everyday life – from local delicacies, such as Dibba Bay butties, to the well-preserved Arabian sea and sand landscape.

A new-found focus on art and design also speaks of the past while making great strides towards the future, fuelled by what the founder of Dubai-born boutique CHI-KA, Nemanja Valjarevic, identifies as the region’s “optimism and can-do mentality”.

The extent of Dubai’s ambition is visible in the world’s tallest building, the Burj Khalifa. Armani Hotel Dubai, which occupies the base of the record-breaking tower, exemplifies the city’s extravagant taste with a car park full of Ferraris and lobby display cases glistening with Armani chocolates and gems. Today, however, the emirate exudes more than giddy excess. 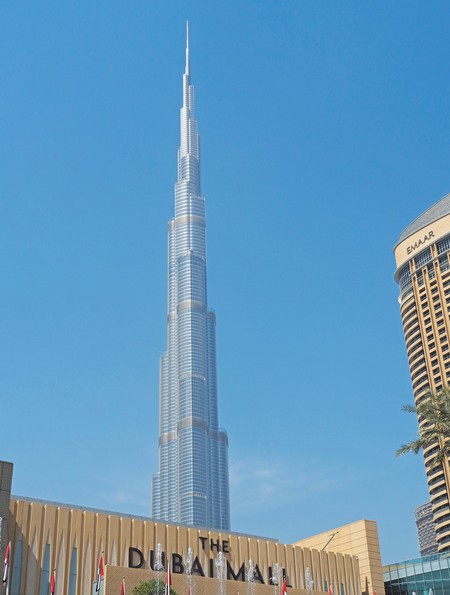 The story of a Dubai-based kimono shop and art space

Nemanja Valjarevic and his wife Nina’s boutique CHI-KA sells striking hybrids of colourful Japanese kimono and the traditionally black abaya robe-like dress worn by many Muslim women in the Arabian Gulf. Customers can find them at CHI-KA’s Alserkal Avenue boutique atelier, which is designed to look like an art gallery.

The brand agenda is to connect cultures through fashion. “I’m interested in understanding the nature of civilisation and culture, revealing invisible bridges that connect us all,” explains Nemanja. “CHI-KA is a modest expression of this philosophy, working on bringing the world a bit closer together.”

Serbian-born Nemanja is a global citizen. After growing up in the United States, graduating from Beverly Hills High School, he went on to study business administration in Prague and film direction in Belgrade. Berlin was home for a while, and in New York, he produced videos for Italian Vogue. It was love that brought him to Dubai.

“We met in New York City. Nina was living in Dubai. I decided to follow my heart,” Nemanja says. 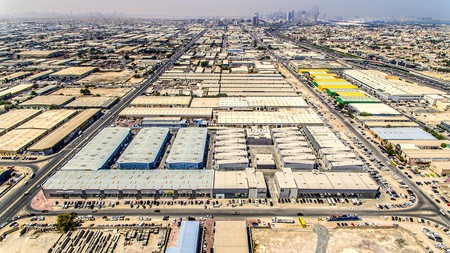 Alserkal Avenue in Al Quoz has become the beating heart of Dubai’s art scene, with a number of galleries and boutiques opening in recent years | Courtesy of Alserkal Galleries

Where to go for adventure in Dubai

Nina has called Dubai home for 25 years and has been Nemanja’s enthusiastic tour guide and business partner since he relocated to be with her six years ago. Now married, Nemanja and Nina have embraced Dubai together.

“Driving through or camping in the desert is a very special experience,” says Nemanja. The Al Faya Road to Sharjah looks like a rock album cover, with a lone highway snaking through dramatic red dunes. Al Qudra, however, offers more than just atmospheric motoring. Part of the Al Marmoom Desert Conservation Reserve, the area has camping spots, cycling paths and man-made lakes that attract around 200 bird species.

Nemanja reflects: “All along the coast, you can find beautiful empty stretches of sandy beach. If you’re into sports, you can go paddleboarding around Burj Al Arab at sunrise, play beach volleyball at sunset on Kite Beach, weave a jet ski between The World Islands and get a bird’s-eye view of the Palm while skydiving out of a plane with Skydive Dubai.”

Jumeirah – one of a row of low-rise residential neighbourhoods running parallel to 13 kilometres (eight miles) of uninterrupted coastline – is primed for beach living. “We love living in Jumeirah,” Nemanja says with a smile. 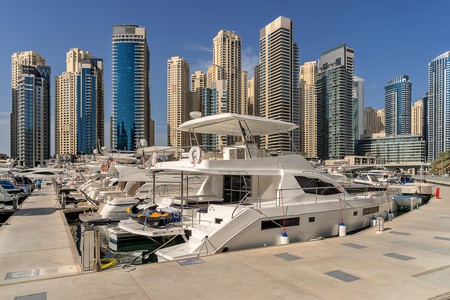 Dubai Marina is one of the city’s most affluent areas, and is ideal for al fresco dining | © Gordon Bell / Alamy Stock Photo

Where to stay in Dubai

“For visitors to Jumeirah, there are Airbnb villas and some luxury hotels, including a Mandarin Oriental, which has a delicious Portuguese tapas restaurant called Tasca,” says Nemanja. “The place has great sea and city views, reasonable prices and a good vibe. The bacalao salted codfish and vinho verde always bring the flavours of Lisbon to mind.”

This rooftop restaurant with a pool terrace is the first Middle Eastern outpost of celebrated Portuguese chef José Avillez, whose Lisbon restaurants have won multiple Michelin stars. Deep-fried avocado tempura and an edible cocktail made with margarita-infused apple wedges are among his signature items on his Dubai menu.

For budget travellers, Nemanja recommends the reasonably priced Rove Hotels – “designed for creatives” – which feature locally inspired artworks in the lobbies, as well as rooftop pools, 24-hour gyms, laundrettes and luggage lockers. Vida Downtown is also another good choice for art enthusiasts as it has “the best hotel art exhibitions in town”. 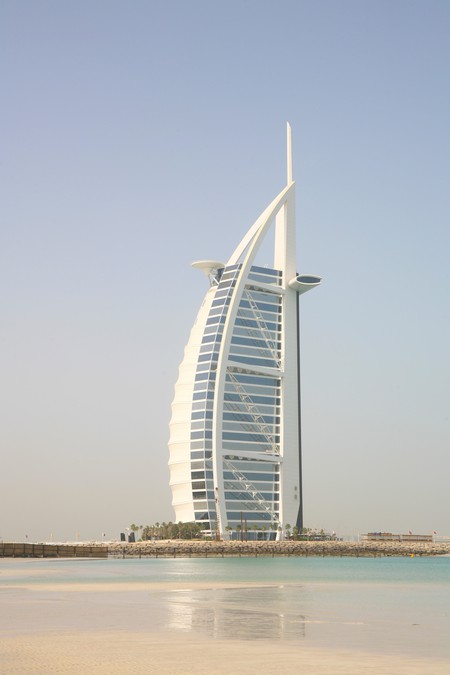 One of the tallest hotels in the world, the sail-shaped Burj Al Arab has become one of the city’s most iconic sights | © Horizon Images / Motion / Alamy Stock Photo

The beating heart of Dubai’s art scene is Alserkal Avenue, an industrial zone taken over by galleries, cafés and boutiques. This is where Nemanja chose to set up shop when he launched CHI-KA.

After work, Nemanja enjoys visiting neighbouring café Nightjar Coffee. “I love the Dibba Bay buttie, an Emirati oyster sandwich, served with spring onion pancakes and ghee-glazed potato wedges. It’s got a great ambience, good sound system and large selection of coffees,” says Nemanja. “You can smell the beans roasting as you sip on the latest cold brew spiced with orange.”

Nearby, guest chefs host pop-up dinners at the multipurpose art space INKED. Nemanja urges anyone lucky enough to be in town during one of its unique dining events to make a reservation. For foodie gifts to take home, visit Mirzam Chocolate Makers, Alserkal Avenue’s chocolate factory. The company commissions local artists to create wrappers for bars, making them perfect souvenirs. “These are my favourite presents to give to my Belgian and Swiss friends,” laughs Nemanja.

Dubai’s diversity is something that Nemanja likes about the city. More than 200 nationalities and different religions live together in the United Arab Emirates. The president, His Highness Sheikh Khalifa bin Zayed, declared 2019 the UAE’s Year of Tolerance, and Pope Francis made history when he visited in February, performing mass for 180,000 Catholics. The message was clear: the UAE promotes peace and stands against religious intolerance. Nemanja explains that “it is so motivating to be in a country with initiatives for interfaith dialogue.” As the city becomes more well known for its tolerance, the fashion brand owner expresses that it has helped him recommend Dubai as a place to visit. “Dubai has a lot to offer, so stay tuned.”