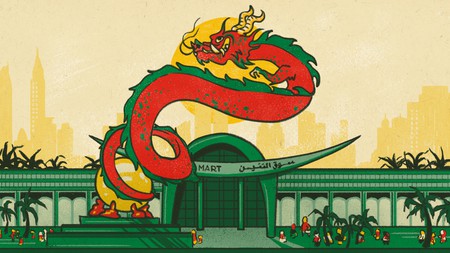 As trade, tourism and investment links between the UAE and China strengthen, Dubai’s Chinese residents reach out to each other across the fragmented city in the hope of finding community.

Sara Luisie grew up around the rich smells of her grandmother’s Chinese cooking. Sweet and sour prawns. Steamed fish with soy sauce. Wonton soup. Prawn wontons. The house would fill with the aromatic scents before every meal.

The only difference was, this wasn’t China; this was the middle of a desert, thousands of kilometres away. And her grandmother wasn’t cooking anymore: she had passed on the recipes to the household’s Filipino cooks.

Sara’s paternal grandparents arrived in Dubai in 1975, back when it was little more than a tiny fishing settlement on the banks of the Dubai Creek, her granddad hailing from Wuhan and her grandmother from Chongqing. They’d been living in Yemen (and Hong Kong before that), when the political situation deteriorated. The soon-to-be largest city in the United Arab Emirates was their haven. With three young sons in tow, they settled in what is today known as Satwa, in the northernmost part of today’s Dubai and from where the rest of the city first sprang. All five members of the family lived and slept together in one room.

Sara’s father met her Shanghai-born mother in the UAE and they married in Dubai in 1989. Her father leaned in to his new Arab lifestyle, renaming himself Ahmed and learning Arabic. Mandarin wasn’t spoken around the house, and Sara and her brother’s names were Arabic-inspired.

“I do feel Chinese but when I go to China I don’t feel very Chinese,” the 28-year-old laughs.

“But I feel very connected to China; the disciplines, the approach, the food – for me the food is very important. I’m very blessed to have it as part of my culture”

Because of the hybrid Arab-Chinese culture the family had crafted for themselves, staying connected to Chinese culture was tough growing up – especially as they weren’t involved in an expat community.

But while her siblings and cousins were quite content with their new surroundings and the few remnants of Chinese culture that remained in family life – the food and the odd story or two from a parent – Sara felt compelled to learn more about her heritage.

“I was the only grandchild who wanted to learn Mandarin,” she says. “I went to China a few different times by myself to do some courses. But Chinese culture is very difficult to lose. I had a tiger grandma, you know. I woke up at 5am every day for piano, had that typical high-achieving lifestyle.” 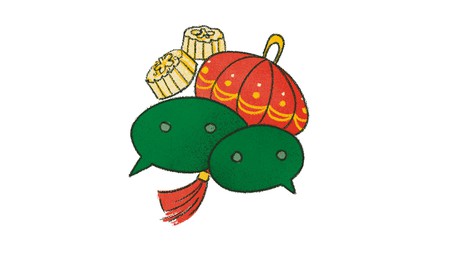 Since the arrival of Sara’s grandparents, Dubai has moved decisively from haven to hub for its thriving Chinese expat community. The UAE is now home to more than 200,000 Chinese residents and 6,000 businesses, with links between the two nations strengthening every year.

One of the most obvious reasons for the boom in trade stands sentinel on the city’s outskirts, looming over the desert. Dragon Mart brought in thousands of Chinese traders when Dubai-government-owned developer Nakheel opened it in 2004. The world’s largest Chinese trading hub outside China, Dragon Mart was to be a major stop on the “New Silk Road” linking Chinese companies to burgeoning markets in the Middle East, Africa and South Asia.

Need enough bedding to stock your new store in the Dubai Mall? How about kilometres of fairylights for an upcoming celebration? With representatives from Chinese enterprises and direct lines to manufacturers, Dragon Mart gained a reputation as the place to go to find wholesale Chinese products for cut-throat prices. But it was also a place for the expat population to seek out a slice of home, with Chinese food courts dotted around the complex.

Its fan club grew. Hordes squeezed into the narrow halls on the weekend, as vendors plied their trade. Arab and Indian traders set up shop alongside motifs of dragons and pictures of the Chinese flag.

Back in 2004, when Dragon Mart opened, Dubai was still mostly centred around the Dubai Creek and Deira, but other developments were springing up sporadically all over the desert, destined to be interlinked at some point in the future. At the time, Nakheel was also building a residential development, International City, located a few kilometres from Dragon Mart. It was here that the Chinese community found a foothold. Chinese families, young entrepreneurs and older residents flocked to International City to form something of a Dubai version of Chinatown. Hot pot restaurants, grocery stores featuring Mandarin signboards and colourful decorations abound.

In recent years, with China having become one of the UAE’s most important markets, Dubai-government-led initiatives support Chinese businesses and projects. Hala China was launched in 2018 as a joint initiative by Dubai Holding and property developer Meraas to drive economic and cultural exchange between the two countries. Several major Chinese companies are strategic partners in the initiative, including the Bank of China and China Everbright Group. The idea is to get more Chinese tourists traipsing the boardwalks of, and perhaps investing in, Dubai’s new developments: Bluewaters, City Walk and La Mer, to name a few. It certainly seems to be having some effect; the number of Chinese visitors to Dubai rose 15.5% to 989,000 in 2019, making it the city’s fifth-highest source market. 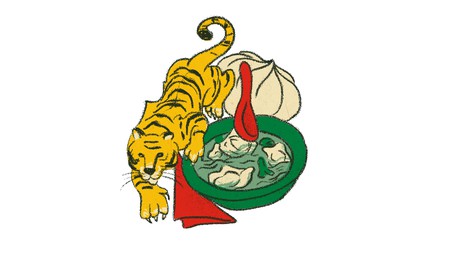 Yet while trade and investment make headlines, a sense of community quietly builds amongst Dubai’s Chinese community.

Kailiang ‘Jimmy’ Shen moved to the UAE from his home of Nanjing six years ago on his own, but it didn’t stay that way for long. He has since been integrated into the tight-knit Chinese community.

“We like to connect,” Jimmy says. “In Chinese culture, in our hearts the family is very important. Since we are far away from our family we stay connected to people here and we build a new family.”

Jimmy originally moved to Abu Dhabi to work in the tourism and hospitality sector, and spent four years there before moving to Dubai two years ago. He now works in sales at Louvre Abu Dhabi and has a fiancé here too, who is also Chinese.

When he first arrived in the country, he admits feeling slightly lost. But after visiting a Chinese grocery store in Abu Dhabi and chatting to the owners, the world of UAE’s Chinese diaspora finally opened up to him. He was added to a WeChat group with fellow expats, and used it to secure accommodation, a car and new friends. He now primarily stays in touch with the Chinese community over WeChat, using it for information on Chinese events or restaurant promotions, or invitations to join excursions or meet-ups for “people with the same habits and hobbies”. When in search of typical Chinese cuisine, they too go to International City for “amazing” traditional food.

Although Jimmy knows he will have to go home in five or six years, as his parents grow older, he’s happy here for now. And he is happy juggling his Chinese heritage while integrating into the UAE’s Westernised expat lifestyle.