Why The Syrian Poet Adonis Is Our Greatest Living Cultural Dissident

The Syrian poet Adonis’ unique artistic career and fiercely independent perspective on the world have captivated the Arab world for decades; however he remains mainly unknown in the English speaking world. This may change with Khaled Mattawa’s translation of Adonis’ Selected Poems, which has been awarded the Saif Ghobash–Banipal Prize for translation. 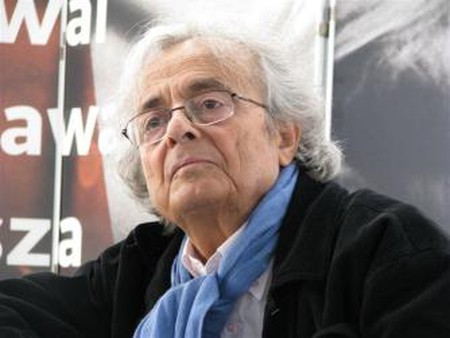 Adonis is widely considered one of the greatest poets of the last half century. His works have been translated and published widely and he is recognised throughout the Middle East as a literary icon in the Arabic world. He is also an iconoclast who, in the course of his long career, has not been afraid to tread his own path in both the literary and political sense, fiercely defending his own, at times controversial, opinions. Born Ali Ahmad Said Asbar in 1930 in Al Qassabin, Latakia, in Northern Syria, Adonis developed his literary craft whilst living in Lebanon, where he founded Poetry Magazine to publish experimental works, and in Paris, where he studied in the early 1960s and later emigrated. In his poetry he engages with nationalism, both Syrian and pan-Arabic, and the Arabic tradition of Sufism. He also introduced elements of European Modernism and Surrealism to Arabic poetry for the first time. Adonis has suggested in Sufism and Surrealism, that these seemingly disparate movements are actually very similar, and that both share a belief in the necessity of indulging the sub-conscience in a search for absolute meaning. In doing so he liberates these movements from their national foundations and reveals the way in which Eastern and Western philosophical frameworks need not be considered inimical.
Adonis’ introduction of European literary concepts and conventions to Arabic verse has been met with much resistance in the past, as has his persistent experimental streak, which has seen his work branded as esoteric and impenetrable. However his attacks on contemporary Arabic culture and poetry have elicited far more controversy in the Middle East. Adonis has accused Arabic culture of ‘paralysis’ and famously suggested in the New York Times in 2002 that ‘there is no more culture in the Arab world, It’s finished, culturally speaking we are a part of Western culture, but only as consumers, not as creators’. Despite this fierce criticism Adonis continues to produce works primarily in Arabic rather than in French or English and his audience is clearly a part of the Arabic world which he critiques. 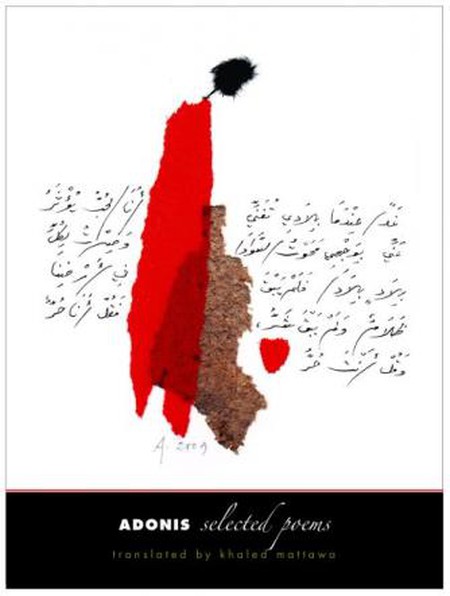 This ambivalence has been evident in the poet’s response to the crisis which has embroiled Syria since the beginning of the Arab Spring in early 2011. He has come under criticism for his response to the escalating violence which has engulfed Syria, with some suggesting that he has not done enough to speak out against the Assad regime. Adonis has responded by declaring that he has been in direct opposition to the regime for more than fifty years and that his support of the Syrian protest movement is total, declaring only that he would prefer non-violent methods of protest.
Adonis’ obstinate refusal to bow to the pressures of popular opinion, both in the Arab world and in the West, means that he will never be seen as a figurehead for any movement. However, this refusal to compromise is central to his poetry, and is the reason why his thought-provoking works continue to garner such an audience.
Adonis was celebrated in A Tribute to Adonis at London’s Mosaic Rooms in 2012. The exhibition featured over 100 of Adonis’ paintings as well as an array of literary events.