Debke And Contemporary Dance In Palestine 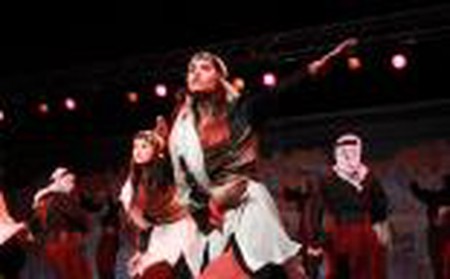 Debke is an Arabic folk dance which is performed throughout the Levantine region. In Palestine, local dance troupes including El-Funoun, are reinventing it as a means of preserving traditional culture and reflecting contemporary life in the Palestinian Territories. 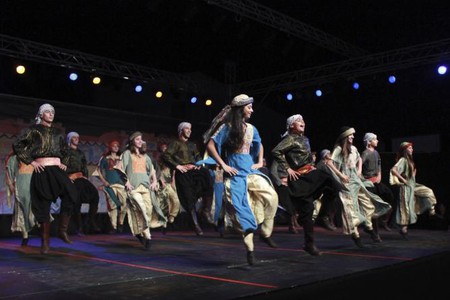 As night slowly blanketed the southern West Bank village of Beit Omar on a Thursday in late summer, the town’s residents filed into the outdoor athletic space, sunk in beneath a high cement wall, at the local school. Those who did not find a place inside crowded behind a chainlink fence at the top of the wall or perched on rooftops with a view of the stage. The residents were gathered for a debke performance by El-Funoun, a popular dance troupe based just an hour and a half drive away in Ramallah.

“In Beit Omar, they will speak about this performance until they die,” said Anas AbuOun, a dancer and El-Funoun’s activities coordinator.

The village is largely poor and does not have the resources to support cultural activities of its own. So, the debke performance was potentially a once-in-a-lifetime experience for residents who cannot afford to travel to see cultural events elsewhere in the West Bank. 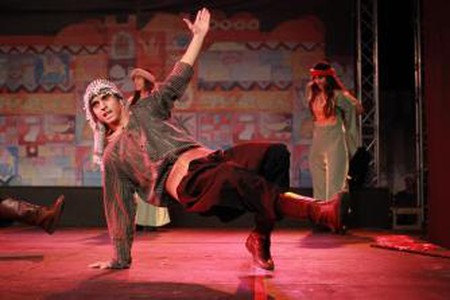 Change, especially related to culture, is often regarded with skepticism or fear in Palestinian society. Such negative reactions stem from the fact that Palestinian identity has come under sustained pressure throughout the course of the Israeli/Palestinian Conflict.

“The Israeli occupation… is also more of a cultural occupation,” said Majd Hajjaj, a contemporary dancer and Public Relations Officer at Sarreyet Ramallah. “[It] portrays our cultural heritage… be it traditional jobs like handcrafts, harvesting the crops, the making of food and bread, or the Palestinian wedding.”

“The victim… will try with all his power, all his strength, to save his identity,” AbuOun said. “Debke is a part of this.”

As such, audiences are largely receptive when debke pushes social norms and conventions, as happened during El-Funoun’s performance in Beit Omar. The village, located close to Hebron, is in an area of the West Bank known for being more conservative than other parts of Palestinian society. El-Funoun’s performance was the first time women performed on stage in the village. However, the presence of women onstage was a subtext to the revelry of the crowd caught up in the stories of El-Funoun’s dances. 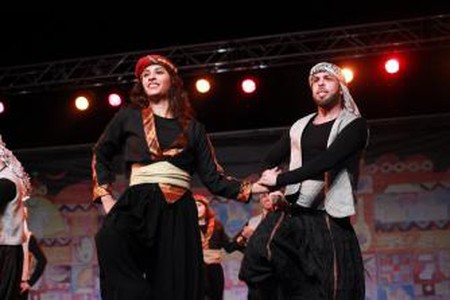 “We are sharing the same ground,” AbuOun said. “We are talking on the same level. If you look at Funoun’s performances and productions, it’s all about Palestine.”

“Debke is always societal,” Hajjaj said. “It doesn’t always have to be collective. It can be, and we have better audiences when it has to do with representing Palestine.”

The reaction from audiences has been mixed. “People have this idea of contemporary dance as having less clothing and being really intimate with your partner. The more you have body contact, people start to get irritated,” Hajjaj said.

That was the idea behind a production called Ordinary Madness, by Sareyyet Ramallah’s contemporary dance company. The routine was a critique of relationships in Palestinian society and involved a lot of hugging and kissing by the performers. It was intended to provoke and see how audiences would react, Hajjaj said. The performance made audiences uncomfortable at points, which is a good thing for Hajjaj. 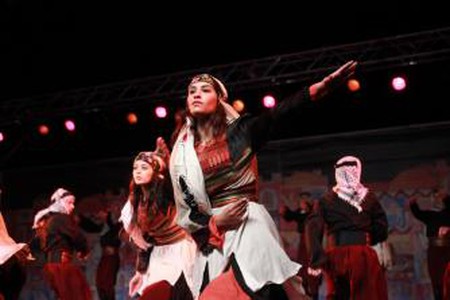 El- Funoun also has a performance called A Letter To… that is dedicated to the memory of the famous Palestinian cartoonist Naji Al-Ali. Although the piece maintains the societal Palestinian theme, the choreography is fully contemporary.

El-Funuoun only performs A Letter To… in Ramallah, AbuOun said, because audiences that are still adjusting to the presence of women onstage would not be ready for contemporary choreography.

“This is your challenge as an artist… to change people’s thinking,” AbuOun said. “But, you have to respect where they are in order to deliver your message in a way so that it will be received.”

“We have been trying to take contemporary dance to people rather than bringing them into theatres,” Hajjaj said. “When you present it to people, it’s only when they start to accept it that you have hope in people starting to absorb and become receptive of something that is new and unfamiliar.”