Top 10 Things To See And Do In Beirut's Central District

Beirut Central District is the financial center of Lebanon, as well as the historical and geographical center of its capital. Severely damaged during the 15 year long civil war (1975-1990), it’s reconstruction constitutes one of the most ambitious urban redevelopment projects anywhere in the world. Now nearing its completion and successfully enjoying a vibrant second lease of life, here are 10 sights and activities to pursue in unique juxtapositions of old and new Beirut. 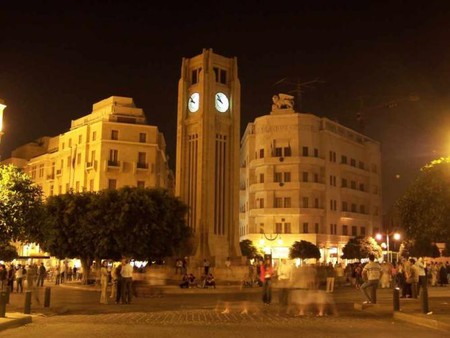 The obligatory starting point to any tour of Beirut’s Central District is Nejmeh Square, or Place d’Etoile. This centerpiece of Beirut’s urban renewal is synonymous with the name Solidere and is surrounded by cafés and restaurants, a crypt museum and key governmental edifices including the Lebanese Parliament. The glamorous Rue Maarad, featuring arched façades and street arcades inspired by Parisian architecture, radiates from the clock tower at the square’s center, hosting an endless flow of tourists and locals alike making it one of the city’s busiest commercial centers. 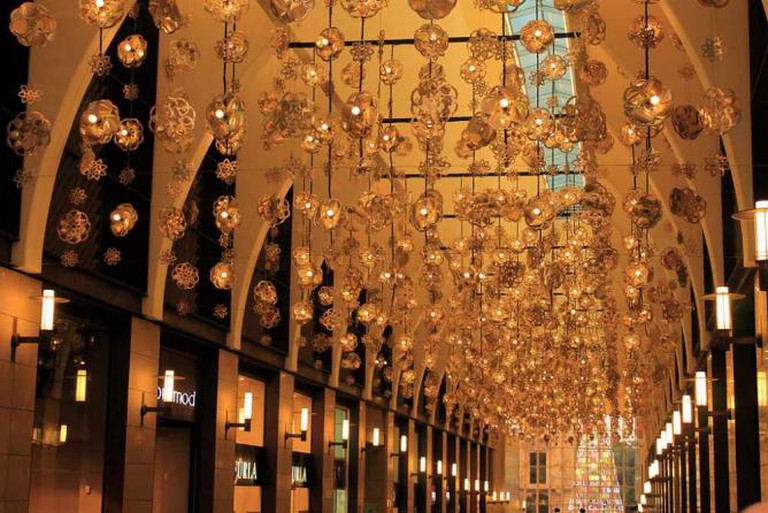 Beirut Souks cover an entire district in the city’s cosmopolitan center. It was once home to an extensive oriental bazaar bustling with tailors in Souk al Tawileh, and a popular fruit, flowers, and vegetable market in Souk al Franj. Following its destruction during the long civil conflict, it has been restructured by Pritzker winning architect Rafael Moneo and reopened in 2009. The present structure retains traditional motifs from the old bazaar, but there is no mistaking its radical shift in tone, newfound modern appeal, and the numerous luxury brand stores.

A visit to the Grand Omari Mosque takes one to the heart of Beirut’s layered history. Before being eclipsed by the Mohammad Al-Amin Mosque, Al-Omari used to be the city’s most important. The foundations were first laid for the construction of a pagan Roman temple, later to be converted into a Byzantine church, and a later Crusader church. Mamluk rulers eventually established the present sandstone structure in the 13th century; recent restorations have revealed many inscriptions from each period.

The New-Urbanist style neighborhood of Saifi Village is finished with cobblestone streets and flowery gardens around every corner. A walk through this upscale residential area, planned by French urbanist Francois Spoerry under the auspices of reconstruction company Solidere, takes you past pastel colored façades modeled on colonial Ottoman architecture. It may very well give off a sense of artificiality reminiscent of a film set, but if that doesn’t make it enough of a draw, a visit to the many antique stores, art galleries, and quirky Lebanese design boutiques situated here, should. 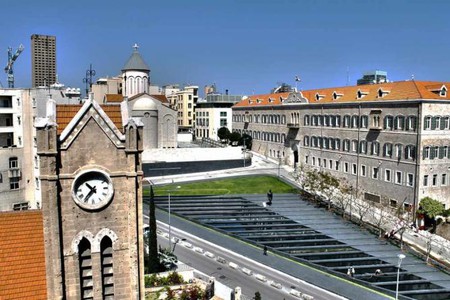 With intermittent views of the Mediterranean Sea down below, Serail Hill is home to some of Beirut’s best preserved Ottoman structures. Due to security concerns, the roads around the Grand Serail, a monumental Ottoman-era building housing the Prime Minister’s headquarters and spread across 39,700 sq. m at the highest point of Serail Hill, may not be easily accessible. Thankfully, the lobed arches and austere vision of its majestic 80m façade can be appreciated from afar. Adjacent is the Hamidiyyeh Clock Tower; first erected in 1897, then the highest structure in the city, and the premises of the Council for Development and Reconstruction.

Souk el Tayeb, literally translating to ‘the good market’, is an open-air farmers market in downtown Beirut specializing in Lebanon’s organic produce. Created in 2004, then the first of its kind, this market was founded with a mission to bring communities together to share food and local traditions, and to promote the culture of small scale agricultural production in Lebanon as it competes with a globalized and industrial food trade . Every Saturday on Trablos Street, farmers from all over the country gather here with their fresh produce such as juices, jams and labneh yogurt. The same organization also runs Tawlet, a restaurant serving home cooked food prepared by people from every corner of the country daily.

By far the most important site of Lebanon’s recent history, as well as the location of the 2005 huge anti-occupation protests and 2007’s Cedar Revolution, Martyr’s Square sits on what used to be the Green Line, a dividing line of no man’s land separating Beirut’s predominantly Christian east and Muslim west during the civil war. In 1965 a bronze statue was raised in the square’s center as a tribute to a group of Lebanese nationalists sentenced to death for rebelling against Turkish rule in 1916. Walking up to it, you’ll notice bullet holes and missing arms, a stark reminder of the wounds glossed over elsewhere in the city’s downtown.

Only around 200 individuals from the once 14,000-strong and centuries-old Jewish community inhabiting the historic Wadi Abu Jamil neighborhood remain there today. Hopes for the revival of the community were high during this past decade, more than partly due to the restoration of the grand Maghen Abraham Synagogue, originally built in 1926 and the only synagogue still standing in Beirut today. Like the rest of Beirut Central District, much of what could have preserved past memories has been sacrificed to a series of bisecting geometrical buildings. The intrepid traveler however, can still spot some of the last remaining weathered stone townhouses from an older period.

Situated on Beirut’s central Parliament square, and standing just above the ruins of the Roman Law School, Saint George’s Cathedral sits on the same site of previous ancient and medieval churches, each of which were reduced to ruins by subsequent earthquakes. The present structure dates back to the eighteenth century, making it the oldest extant church in the city. Following its restoration, it opened its doors again in 2003. Remains and artifacts from three previous churches excavated and discovered on site are housed in a museum beneath the cathedral.