10 Contemporary Art Galleries in Beirut You Should Visit

Beirut is an excellent choice for art lovers who wish to discover what’s new in contemporary art from the Middle East. Thanks to its geographical position, the Lebanese capital acts as a gateway to the region, with internationally renowned venues such as Agial Art Gallery and a host of smaller galleries exhibiting works by Lebanese, Syrian, Iranian and Arab artists. These ten must-visit contemporary art galleries provide a fascinating insight into modern art and culture in the Middle East. 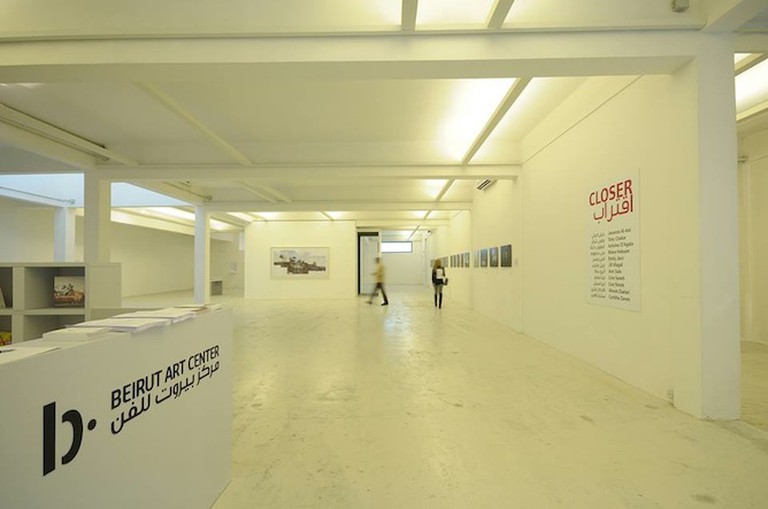 Beirut Art Center, Beirut | © Beirut Art Center
The Beirut Art Center is a lively centre for the promotion of contemporary art, and without a doubt one of the leading cultural voices of Beirut and Lebanon. Located in a 1,500 square metre, two-floor building, the BAC has an exhibition space for local and international artists working with a range of artistic forms, but above all photography and video. There also is an auditorium room for screenings, concerts and performance shows. Visitors here can deepen their knowledge of art in the library or the mediatheque, which grants access to a unique archive of digital, art-related media. Educational workshops, conferences, lectures and guided tours are also offered on a regular basis.
Open In Google Maps
Emile Lahoud, Bayrut, Beirut Governorate, Lebanon
+9611397018
Visit Website
Give us feedback 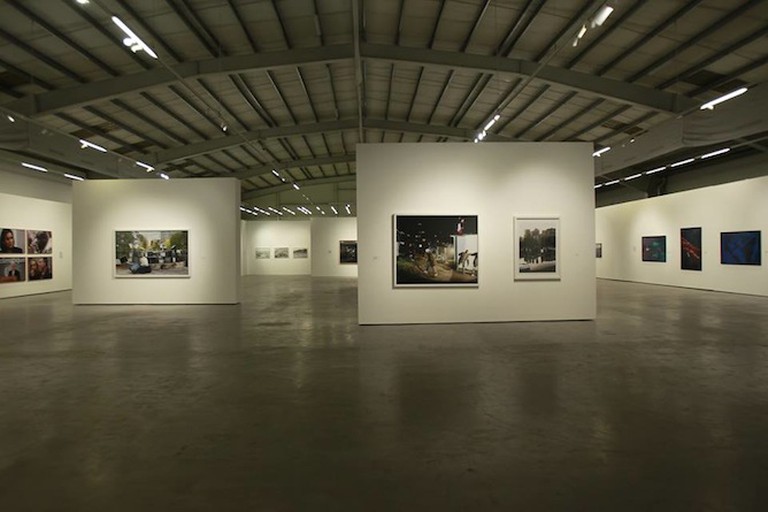 © Beirut Exhibition Center
A 1,200 square metre building in Beirut’s Waterfront District – covered with mirror aluminium panels which reflect the surrounding landscape – is home to the Beirut Exhibition Center. Inaugurated in June 2010, the BEC was founded to provide art museum, galleries and artist collectives from across the country with a space to present their artworks to a wider public. Eager to promote the Middle Eastern artists whose work fills its halls, the BEC also collaborates with important international cultural institutions at home and abroad. In the past, the gallery has presented solo exhibitions, as well as a number of collective shows exploring the history of Eastern art, such as Journey Through Our Heritage, an insight into Lebanese modern art, Art in Iraq Today and Arabicity.
Open In Google Maps
Minet Al Hosn, Beirut, Lebanon
+9611962000
Visit Website
Give us feedback

Located in what was once a steel factory in Beirut’s industrial Quarantine District, Art Factum Gallery is a contemporary art and design gallery. At the heart of its mission, Art Factum strives to connect Beirut with the international art scene, bringing to the city artists from around the world and networking with professionals through participation in high-profile international art fairs. All art forms can call Art Factum home: from illustration to painting, from photography to video. When it comes to the gallery’s interest in product design, Art Factum supports and fosters local talents, especially those who work with local materials. Represented designers include Marc Baroud and Karim Chaya, among others. 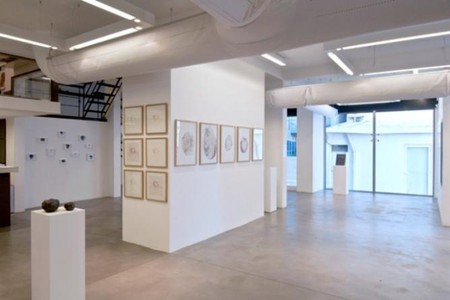 The Art On 56th gallery in housed in a beautiful and historical building in Gemmayzeh, an up-and-coming neighbourhood popular with the hip crowds of East Beirut. Although the space is open to all art forms, the main focus of Art On 56th has been, so far, on contemporary painters. But this might change: the gallery only opened in November 2012, making it a young yet ambitious and enthusiastic addition to Beirut’s art scene. Despite its young age, Art On 56th has already exhibited some outstanding work, such as Rana Raouda’s vibrant paintings, and Naim Doumit’s wooden sculptures. Art On 56th represents both local and international artists, and in so doing attempts to spark a dialogue between Beirut and the world. 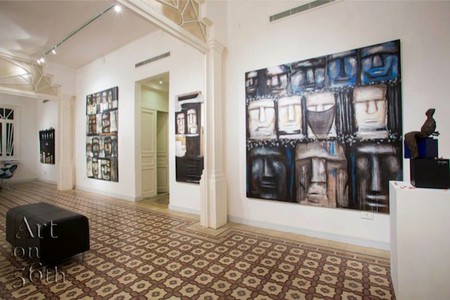 For a gallery that is Lebanese through and through, visitors should stop by Janine Rubeiz Gallery. The exhibition space was opened in 1993 by Nadine Begdache; the name pays homage to Nadine’s mother Janine, a woman who was actively involved in the promotion of Lebanese art in the 1970s. The gallery displays modern and contemporary Lebanese art by the masters as well as emerging talent, and actively celebrates the jewels of the past while fostering the development of new art. All mediums are welcome at Janine Rubeiz, from painting to sculpture, from photography to video, from installation to design. The gallery is also active in the promotion of Lebanese art abroad by participating in international art fairs throughout the year. 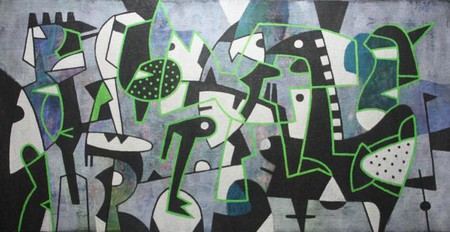 Karen Chekerdjian is a talented industrial designer who studied design in Milan, and returned to Beirut in 2001 only to realise that all she had learnt had to be adjusted and rewired to different working conditions: the materials and the skilled manufacturers she had found in Italy were scarce in Lebanon. But this did not stop her, as she was prompted to design products made with easier-to-find ceramics, wood, glass and metal, and experiment with production techniques. The Karen Chekerdjian Studio in Beirut Port is where she showcases her works, which include a vast range of furniture items, tableware and jewellery. In a country which has only in recent years taken steps into the world of modern industrial design, Karen’s studio is blazing trails. A must visit for design lovers. 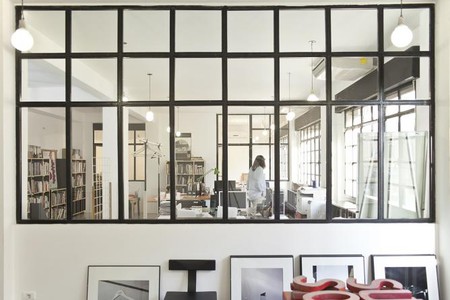 After setting up galleries in Paris in 1996 and New York in 2007, collector Mark Hachem created his personal art trinity by adding an exhibition space in Beirut. Hachem had realised that the Lebanese capital is the perfect place to enter the Middle Eastern art market; and, to date, the gallery has displayed the work of artists such as Lebanese photographer Samer Mohdad and painter Mona Trad Dabaji, and Syrian artists Ahmad Moualla, Sabhan Adam and Yasser Safi. The exhibition programme is a true testament to Hachem’s intention of positioning his space in Beirut as a prominent showcase of both renowned and emerging Eastern artists. And the sister galleries in Paris and New York can certainly lend a helping hand. 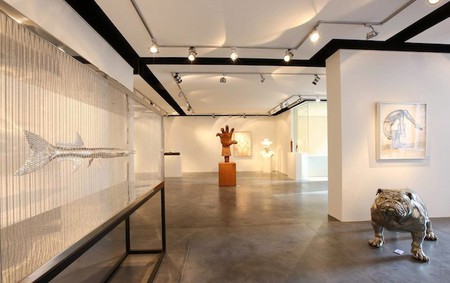 Although ‘art’ is the main focus at ARTLAB, the ‘lab’ also carries an important meaning. For the public, ARTLAB is a place to nurture a passion for art, but for the artists the gallery is but the final step of a creative process that requires hard work, trial and error. ARTLAB boasts a 100 square metre exhibition space on the ground floor of a historical building that dates back to the 1950s; but, more importantly, it presents a permanent collection of artworks by over 20 artists, most of them Syrian. Ever since the civil war broke out in Syria, many of the country’s artists crossed the border and found shelter in art centres in Lebanon, and Beirut in particular. Among them, ARTLAB is one of the best venues to keep up with the evolution of Syria’s contemporary art. 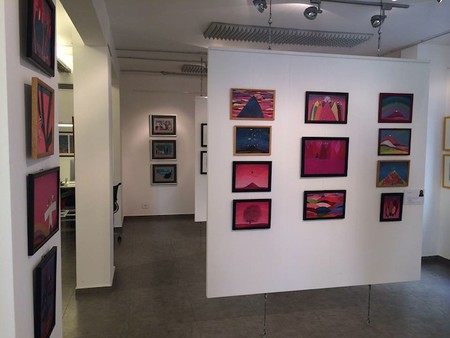 Museum, Art Gallery
Facebook
Email
Twitter
Pinterest
Copy link
Share
Collectors (and cousins) Khaled and Hisham Samawi started their adventure with commercial art in 2006, when they opened Ayyam Gallery in Damascus, Syria. With time, they used their expertise to branch out both in Beirut and Dubai. Ayyam Gallery Beirut aims to provide visitors with an overview of some of the best contemporary artists from the Middle East. Despite its status as an independent gallery, Ayyam sounds a lot like a museum in its profound commitment to education, so much so that a publishing house was founded in collaboration with the gallery, with the task of releasing monographs of the showcased artists. Art appreciation is also promoted through the Young Collectors Auction, an array of artworks sold at affordable prices, aimed at newcomers to the world of art collecting.
Open In Google Maps
Give us feedback

Presenting shows of video installations, minimalist sculptures and small-scale drawings and prints, Sfeir-Semler is a must-see in Beirut. Founder Andrée Sfeir-Semler, born in Beirut, actually opened her first Sfeir-Semler Gallery in 1985 in Hamburg, Germany; twenty years later, she decided to launch a branch in her hometown as well. The gallery is a meeting point for local and international artists, and features an exciting programme of solo exhibitions dotted with collective shows curated around a given theme. Past examples include Out of Place, an exhibition of works by emerging Egyptian artists, Au Delà des Images, and HomeWorks, a regular series of talks about contemporary art held in Beirut. 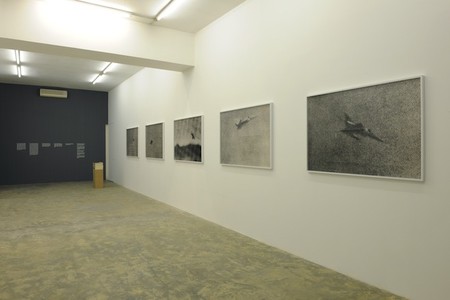 © Sfeir-Semler Gallery
Give us feedback