Why Iran Is Not an Arab Country 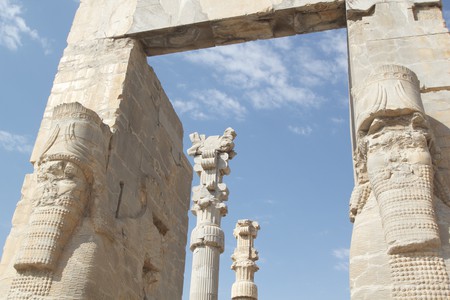 Given its location in the Middle East, Muslim majority, and language which resembles Arabic, Iran is often mislabeled as an Arab nation. A cognate of “aryan,” Iran means “land of the Aryans” and is excluded from the list of Arab League nations in the Middle East/North Africa region. Read on to discover why Iran is not an Arab country.

The Encyclopedia Britannica defines an Arab as “one whose native language is Arabic”. The reference book says the term historically included the “nomadic Semitic inhabitants of the Arabian Peninsula” and in modern usage encompasses the Arabic-speaking people stretching from Mauritania to southwestern Iran. With the exception of various minority ethnic groups in Iran (one of which is Arab), Iranians are Persian. Persian history largely begins with King Cyrus the Great, who is credited with the liberation of Babylon in 528 BC, and the oldest known charter of human rights, referred to as the Cyrus Cylinder, which is housed in London’s British Museum. Persian and Arab histories only merge in the 7th century with the Islamic conquest of Persia. 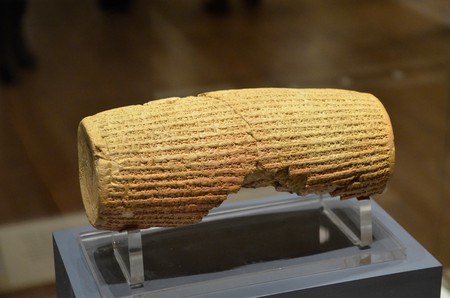 Although only a minority of Zoroastrians currently live in Iran, ancient Persians were Zoroastrian, a religion based on the teachings of prophet Zoroaster that exalted Ahura Mazda as the supreme God. Consequently, many present-day Iranian celebrations, such as Nowruz, Châhârshanbe Suri, and Yaldâ, stem from this ancient religion. The Islamic conquest during Persia’s Sasanian Empire, however, caused the gradual decline and eventual displacement of Zoroastrianism by Islam. A further dividing aspect is the fact that Muslim-majority nations tend to follow the Sunni branch of Islam while Iran, one of only a handful of countries, is majority Shia. 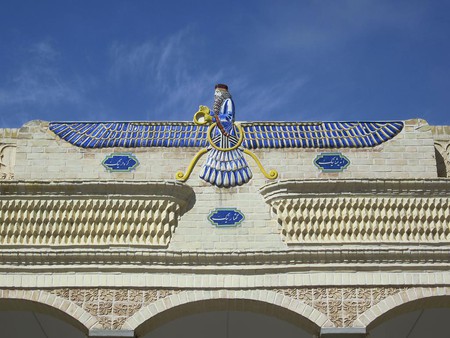 Fravahar, the ancient symbol of Zoroastrianism, above the Fire Temple in Yazd | © David Stanley / Flickr

It might be easy to assume that Persian and Arabic are related, based solely on the similarity of their scripts, but a quick study of language families reveals that Persian is an Indo-European language whereas Arabic is a Semitic one. Prior to the Islamic conquest, Old and Middle Persian were written in such scripts as Old Persian Cuneiform, Pahlavi, Aramaic, and Avestan. It was the Tahirid Dynasty who replaced Pahlavi with the Arabic script in the 9th century. The 32-letter alphabet used today includes four letters nonexistent in Arabic: p, ch, g (like golf), and zhe (like the j in déjà vu). Even though Modern Persian has many loan words from Arabic—much in the same way that English does from French—to call them the same or even mutually intelligible is a gross mistake. 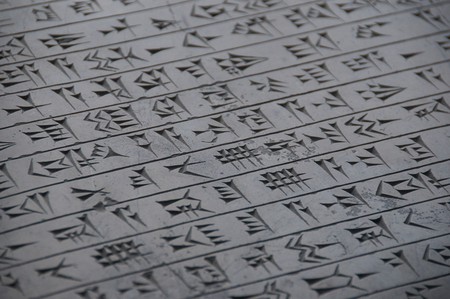 Despite the introduction of Islam, Iran has retained its language, identity, and traditions, thereby distinguishing it from neighboring Arab countries.