The 5 Most Beautiful Religious Sites In Shiraz

Shiraz has been a cultural and political centre in Iran for hundreds of years, and as a result, it is home to a number of stunning religious sites. From ornate mosques to glittering shrines, and even the odd church, Shiraz’s religious architecture provides an index of its rich and diverse history. Here we explore some of the most beautiful religious sites to be found in this city of gardens and poetry. 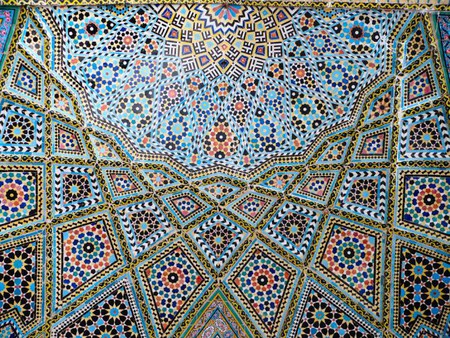 This Qajar-era structure, completed in 1888, stands out as one of the most impressive mosques in the country, primarily for its overwhelmingly intricate interiors. Also known as the Pink Mosque, the combined visuals of its stained-glass windows, carpeted floors, colourful tile work, and geometrically sublime arches and pillars are astonishing to behold. Worth visiting at first or last light to see it at its most atmospheric. 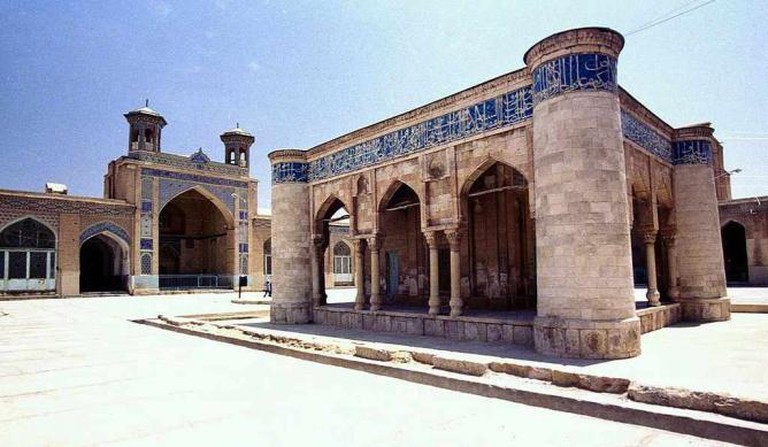 ‘Atigh Jame' Mosque | © Fulvio Spada/Wikicommons
The Atigh Jame Mosque is one of Shiraz’s oldest religious structures, dating back to the 9th century (although much of what you see now was built under the Safavids). Also known as the Jomeh (Friday) Mosque, it boasts a large courtyard with an inscription-laden cubic, central structure. The turreted Khodakhaneh section is perhaps its most interesting and intricate feature, although the entire mosque complex – allegedly frequented by Hafiz – is a delight to wander around.

A Shia-Iranian shrine par excellence, the resting place of Emir Ali – a disciple of the 8th Shia Imam – boasts a majestic blue dome that overlooks the surrounding cemetery. The interior consists of high-ceilings and rather exquisite mirrored-tile work, typical of Iranian shrines. The central tomb is encased in by a metal grill, which mourners will surround, touch, and even kiss. Dress modestly; chadors are provided for visiting women. 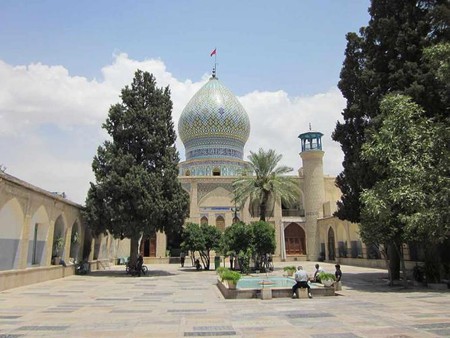 Another mausoleum, this shrine is the resting place of two brothers of Imam Reza. Developed to its current size and shape in the Qajar era, the mausoleum is similar in style to the Imamzadeh-ye Ali Ebn-e Hamze, although tends to be busier and more strictly monitored (non-Muslims are technically not allowed entry). Shia mourning practices can be observed from the courtyard; if you make it inside, prepared to be dazzled – literally and figuratively – by the mirrored tile work of vaulted-arch ceiling.
Address: Northern end of Hazrati Street, Shiraz, Iran

A break from the splendour and complexity of Shiraz’s Islamic architecture can be discovered with the 17th-century Armenian Church, which survives from the Safavid era. The church’s main features include a flat roof and a series of cells which run along the sides of the building, but it is the original frescoes that merit most interest. Worth a visit, although sporadic opening times make that easier said than done.
Address: Eastern side of North Gha’ani Street,Nohahar Alley, Shiraz, Iran