The 7 Most Beautiful Religious Sites in Tehran 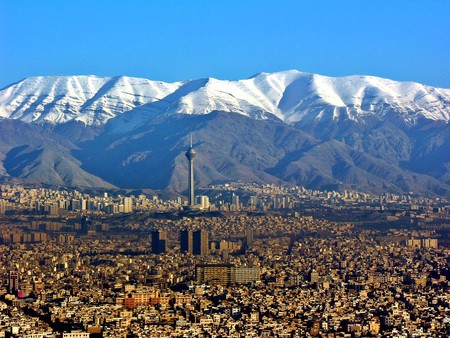 Iran’s bustling capital isn’t the most ancient of the country’s cities, but it nevertheless contains many fascinating religious sites well worth a visit. Perhaps surprisingly to the foreign tourist, Tehran is a hub of religious diversity. On top of the many Islamic sites it has to offer, it hosts a range of churches, synagogues, and Zoroastrian places of worship. Here we explore some of the most noteworthy.

Nestled in the upmarket northern district of Tajrish, against the backdrop of the Alborz mountains, sits the Imamzadeh Saleh, the resting place of Saleh, the son of Musa al-Khadhim, the seventh Shia Imam. The pixelated tile work of its azure dome and minarets, mimicking the traditional Safavid style, overlooks the back streets of the Tajrish bazaar. A local pilgrimage site, the shrine houses a fine example of the dazzling mirrored interior common to Iranian mosques.

Iran’s strong contender for the title of world’s largest mosque, the Mosalla complex has been under construction since the 1990s. Architecturally somewhere between modernist and space age, with 230 meter high minarets and a site covering some 650,000 square meters, Mosalla is a striking manifestation of the Islamic Republic’s program of public works. It is also notable as the home of the similarly enormous Tehran International Book Fair, which attracts millions of visitors every year. 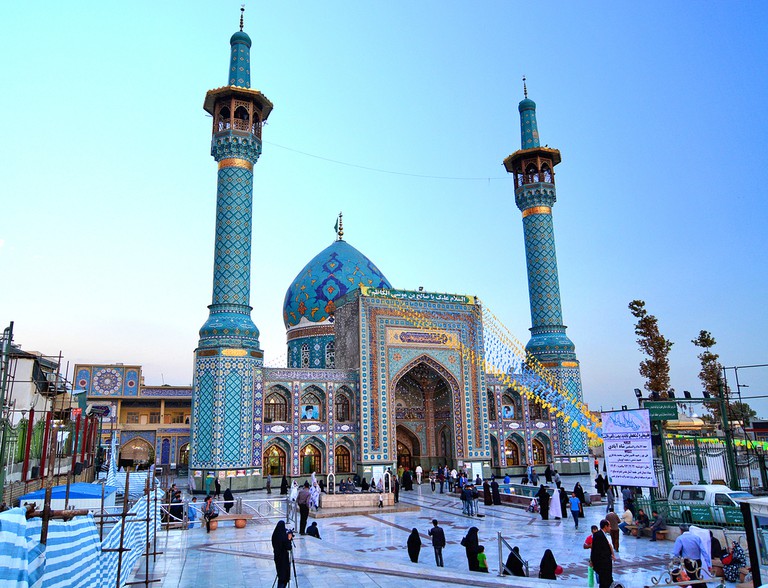 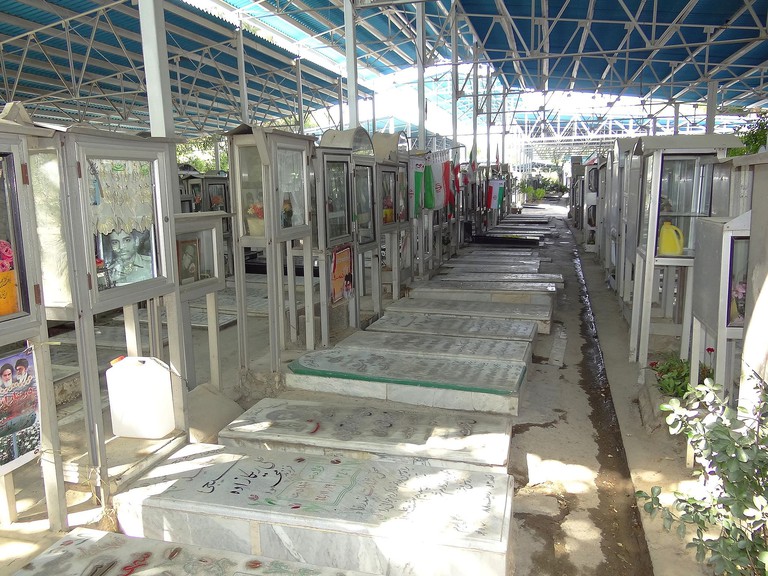 Behesht-e Zahra cemetery | © Adam Jones/Wikicommons
Behesht-e Zahra is a staggeringly vast cemetery located just south of Tehran. It is particularly significant for being the final resting place of thousands of soldiers from the Iran-Iraq war (1980-1988), whose personal effects and portraits are famously stored in glass boxes above their graves. The cemetery is a striking example of Shia practices of mourning and remembrance, with family members carrying out rituals such as cleaning the graves with rosewater, leaving flowers and reciting passages from the Quran.
Open In Google Maps
Behesht-e Zahra Tehran, Tehran Province, Iran
+982151633000
Visit Website
Give us feedback

Just south of Tehran, built over remains of the ancient city Rhages, lies Shahr-e Rey, an important political center long before the rise of Tehran. At its heart, adjacent to the traditional bazaar, lies the shrine of Shah Abdol Azim, a descendant of the second Shia Imam, Hassan Ibn Ali. The tomb attracts Shia pilgrims from all over the world and boasts an atmospheric central courtyard and large, golden dome. 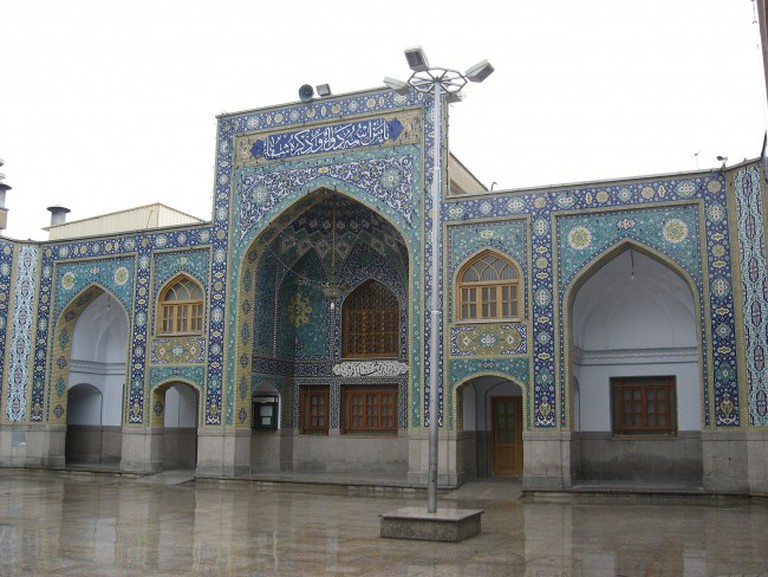 Though Yazd and Kerman are the traditional centers of Zoroastrianism in Iran, the ancient religious community also maintains a temple between Jomhuri and Enghelab streets in downtown Tehran. Opposite the Armenian Church of St Mary, the ateshkade (fire temple) was built in the early 20th century, principally funded by donations from Bombay Parsis. In its center burns an eternal flame, which is never permitted to go out, and is tended constantly by white-robed priests. It also houses a charming museum of the Zoroastrian community in Tehran. 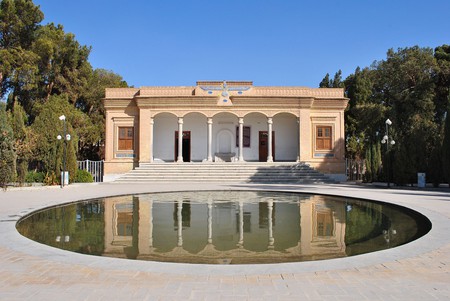 Though lacking the antiquity of Esfahan’s famous churches, the seat of the Tehran Archdiocese of the Armenian Apostolic Church is by far the capital’s most prominent minority religious structure. Built between 1964 and 1970, its concrete exterior blends in with the gray of the surrounding cityscape, but the interior features colorful modern takes on traditional Armenian art.

Appearing to the casual observer like a cross between juggling, weight-training and gymnastics, the ancient traditions of the Zurkhaneh (House of Strength) are actually steeped in Shi’ite mysticism. Participants stand in a circular pit, often surrounded by spectators, and perform a series of esoteric exercises, including pirouettes, lunges, and swinging heavy clubs. At the same time, drums are beaten and Sufi chants are recited, showing the practice’s clear links to the customs of Turkey’s whirling dervishes. Though unassuming from the outside, the Zurkhaneh-ye Ayatollah Taleghani-Chizar is one of the most exemplary homes of this ancient tradition in Tehran. 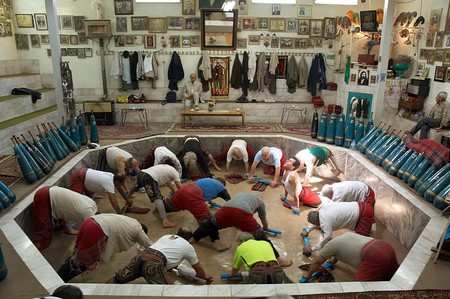