The Best Running Routes in Belfast 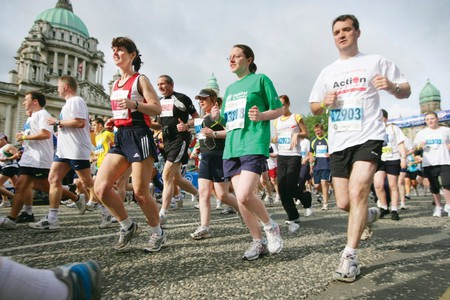 Belfast might be Northern Ireland’s biggest city, but that doesn’t necessarily mean that it’s a big city. Belfast is compact, and it’s relatively speedy to walk to any part of the city from any other part. It’s even speedier to jog there, as well as healthy and entertaining. With that in mind, here’s our list of Belfast’s best running routes.

This is the definitive running route in Belfast for anyone who wants to see the sights of the city. A simple loop beginning and ending on Ormeau Avenue, it hits many city landmarks along the way. From the beginning of the route, head towards the river and follow the Lagan for about 2km, before turning off and passing the Stranmillis Campus, then turning off and making your way towards the city centre. From there, you’ll pass Queen’s University and City Hall, as well as the city’s main shopping thoroughfare. After that, proceed to the Salmon of Knowledge sculpture (the “Big Fish”) and back down the river, looping back around to Ormeau Avenue.

Ormeau Park was originally home to the Donegall family, who gave their name to several of Belfast’s streets, including Donegall Place. Now, it’s home to plenty of joggers, walkers, and cyclists. It has a large amount of sporting facilities including football pitches, bowling greens, tennis courts and even a BMX track. On top of all this, it’s just a lovely park, one of Belfast’s little pockets of greenery and trees. This route is much shorter than the last, but can also be easily incorporated into our Scenic route by nipping over the first bridge, which takes you almost directly to the entrance of the park.

The Falls Road and the Shankill Road are two of Belfast’s most well-known streets, for better or for worse. The Falls is the city’s main Irish Republican area, whilst the Shankill remains a staunch Unionist stronghold. The two are separated by one of Belfast’s peace walls, which were supposed to be a temporary measure during the Troubles but have remained up for decades. This route starts at City Hall, following the upper and middle Falls road before separating away just before Falls Park. From there, turn onto the Shankill Road and follow it until you return to the city centre. This tour passes many murals, which are an important aspect of political expression in Northern Ireland for Republicans and Unionists alike.

The last route on our list is another of Belfast’s parks. Botanic Gardens is a popular hangout for students, joggers, and dog-walkers, owing to its proximity to the university area. It’s a fairly small park, but it has several sights to see for such a small area. Its Palm House is filled with tropical plants, and our route leaves the park to briefly follow the River Lagan. The Ulster Museum comes at the end of our proposed route, and is the perfect way to spend a few hours after a light jog around the park. Botanic Gardens’ Tropical Ravine area is, at the time of writing, undergoing an extensive renovation project, but is expected to reopen in winter 2017.