The Best Public Art in Belfast

North Belfast Art | © William Murphy/ Flickr
Belfast is famous for its colourful murals decorating the walls of West and East Belfast, illustrating a conflict of more than 100 years between Northern Irish Nationalists and Unionists. However, the impressive range of art reaches beyond the political, as Belfast becomes the vibrant upcoming city of the North. Check out this list of the top public art you can find in the city.

Library, Park, University
Queen's University Belfast McClay Library, Belfast | © William Murphy / Flickr
Eco sits at the entrance to Queen’s University library, the McClay. This bronze statue stands 2.5 metres (8.2 feet) tall; the use of refraction explains its strange reflection. The reflected face represents the image of a head in water, which becomes refracted by light, while also nodding to the use of sonic echo in magnetic resonance imaging (MRI). The sculpture was unveiled in 2009, alongside the opening of the McClay Library, a £40 million centre for Queen’s University, Belfast.
More Info
Open In Google Maps
10 College Park Avenue, Belfast, Northern Ireland, BT7 1LP, United Kingdom
+442890976135
Visit website

The Docklands Legends Wall is 130 metres (426.5 feet) long, painted in one month by local artist Glen Molloy. The wall includes the Hollywood faces of Leonardo DiCaprio, Harrison Ford and Christopher Walken, all in stunning detail. The artist continues to paint tributes and stars around the city, including the late George Michael and Carrie Fisher. 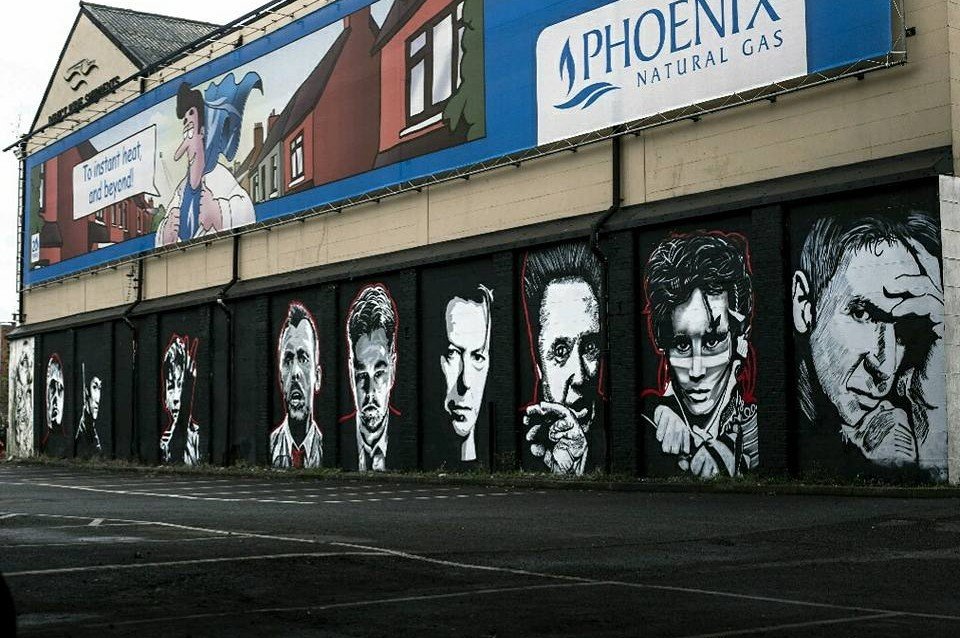 John Kindness produced this 10-metre (32.8-foot) masterpiece, which appears as a huge fish by the north side of the city. If you look closely, each tile represents a small piece of culture in Belfast’s history, from newspaper cuttings to original photographs to a small Ulster fry. Inside Big Fish, the city has stored a time capsule for future generations. 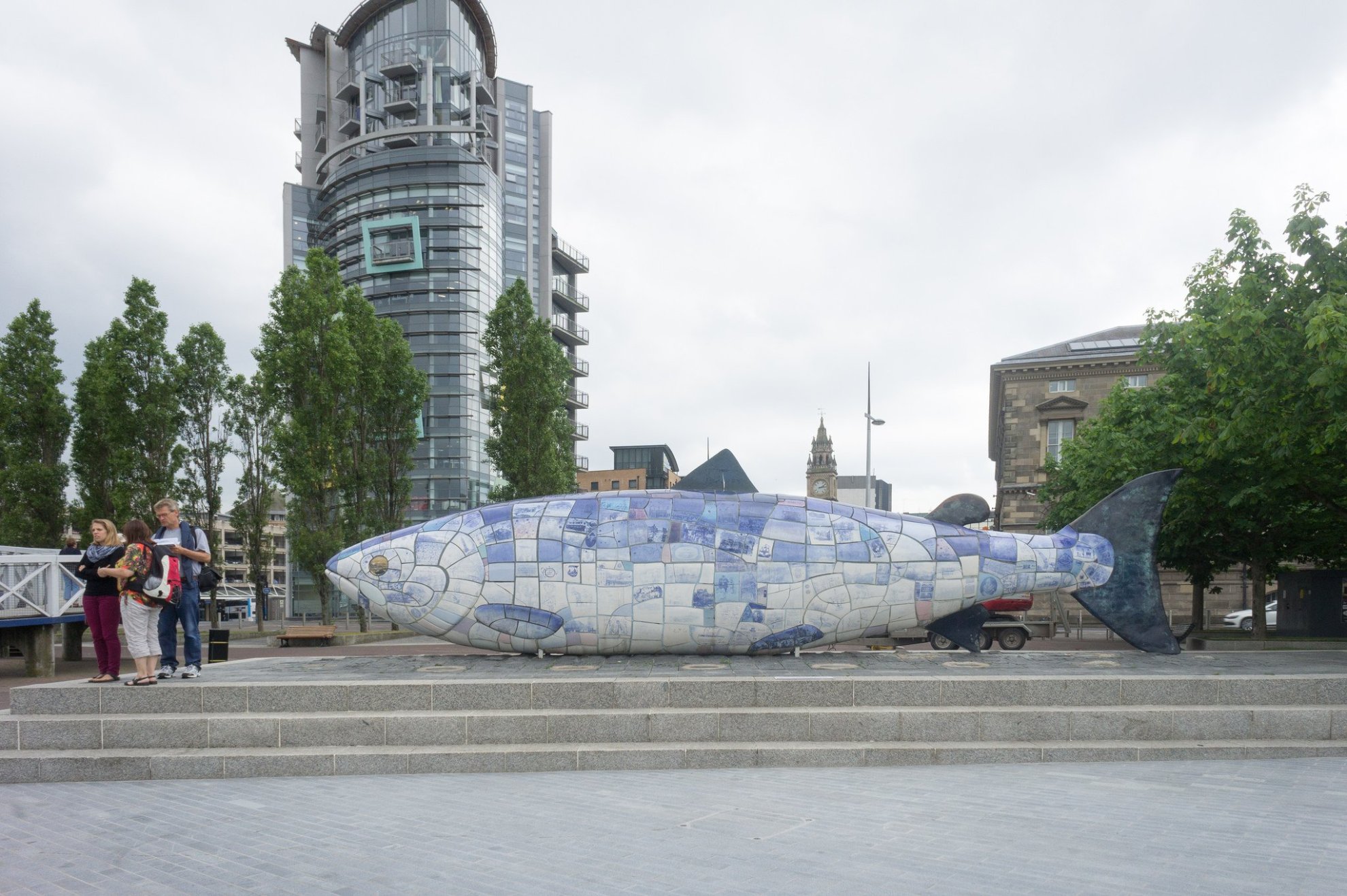 The mural collection in Belfast is unlike anywhere in the world, with over 7,000 documented murals in the city. The significance of art in Northern Ireland is unprecedented, symbolising war, civil conflict, and the eventual journey toward peace in the region. The example below is a colourful collage of religious symbols, painted on Berry Street Presbyterian Church, Bank Square. 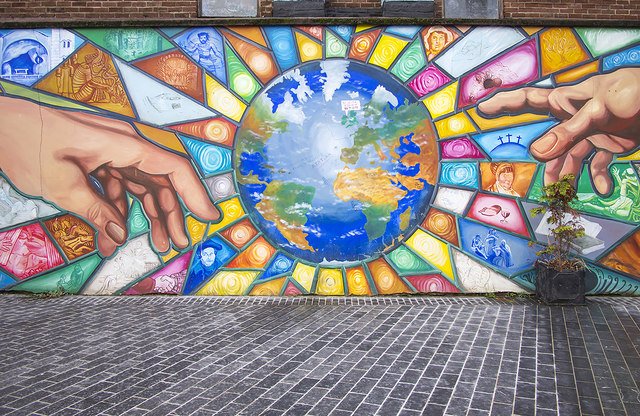 Cathedral, Church, Historical Landmark
The Buoys | © Albert Bridge / Geograph
The Cathedral Gardens have been home to the Belfast Buoys since 1980, representing Belfast’s rich maritime history and influence. In the last 40 years, the Buoys have been repainted three times, decorated with various art and flash knitting groups. They remain a symbol of Belfast’s connection with the sea, the RMS Titanic and the rest of the world.
More Info
Open In Google Maps
Donegall Street, Belfast, Northern Ireland, BT1 2HB, United Kingdom
+442890328332
Visit website

Street artist Glen Molloy added the late George Michael to his art collection late last year, with a work entitled You got to have faith, after Michael’s 1980 song. Located on Botanic Avenue, south of the city, this public art sits beside a fellow late artist, Prince, also painted by Molloy. This artist is erecting beautiful tributes throughout the city, with a tribute to Star Wars actor Carrie Fisher currently in progress. 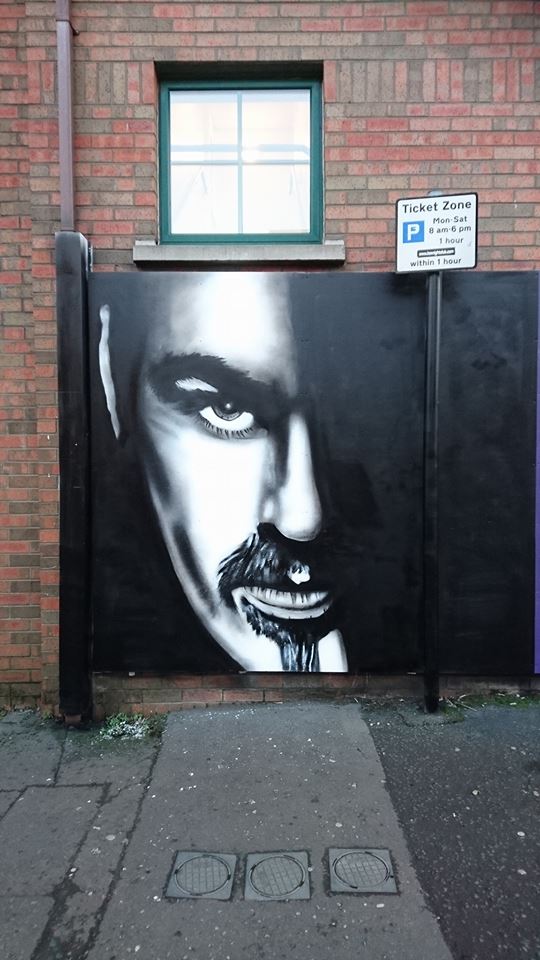 Irish artist Rowan Gillespie created Titanica, the dramatic statue accompanying the Titanic Belfast, in the city’s Titanic Quarter. This female figure replicates similar fixtures on the front of ships throughout the 19th and 20th centuries, bringing hope and goodwill to the ship’s crew. 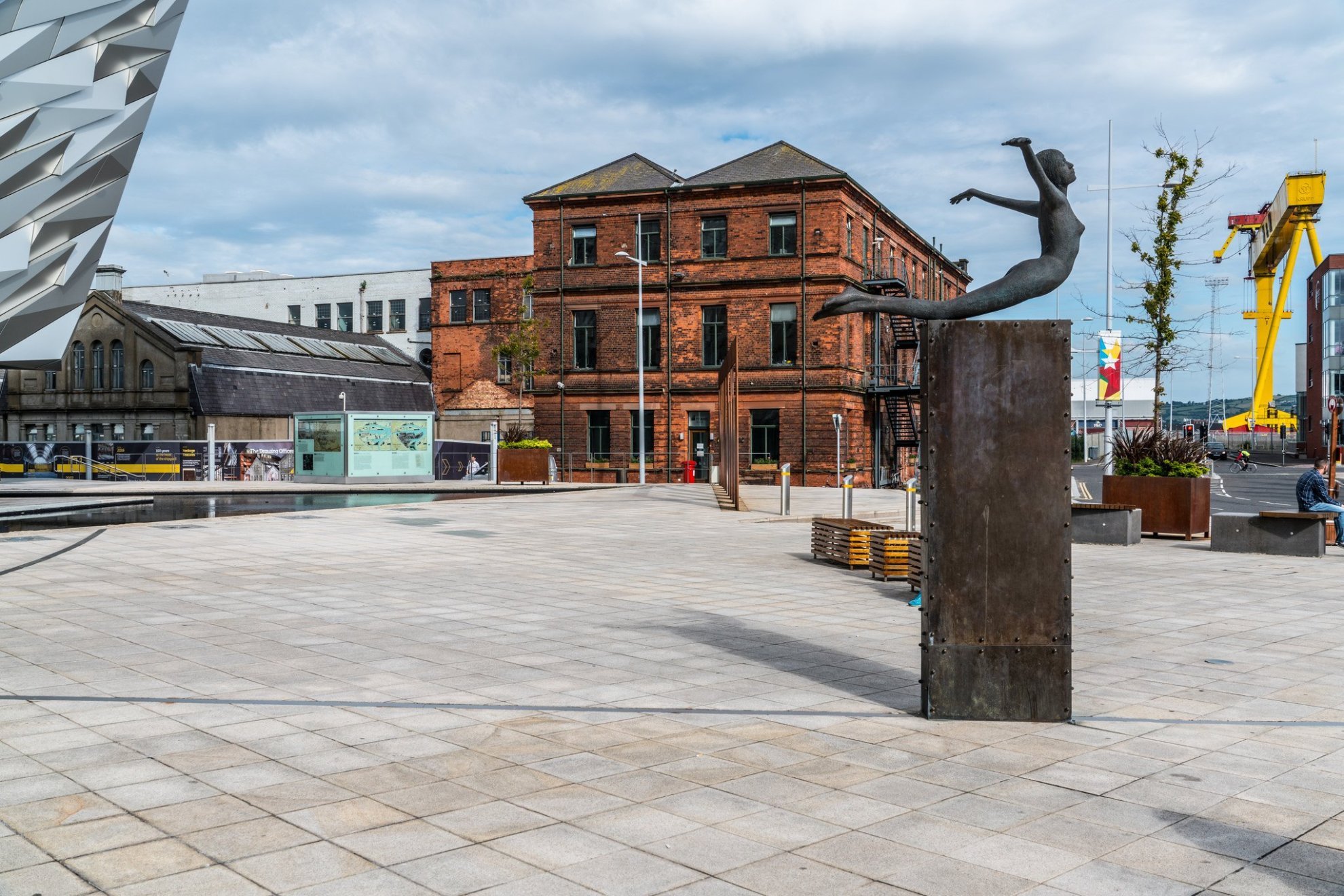 Comic art, mythological recreations and imaginative works, like the example below of a female hybrid creature situated beside Donegall Place, adorns the city’s funky Cathedral Quarter. Located beside Ulster University’s Art College, the quarter is becoming a beautiful canvas for young artists and talented writers. Most recently, the unveiling of an LGBT mural, two women kissing, is a powerful political statement about the rights of this community in Northern Ireland. 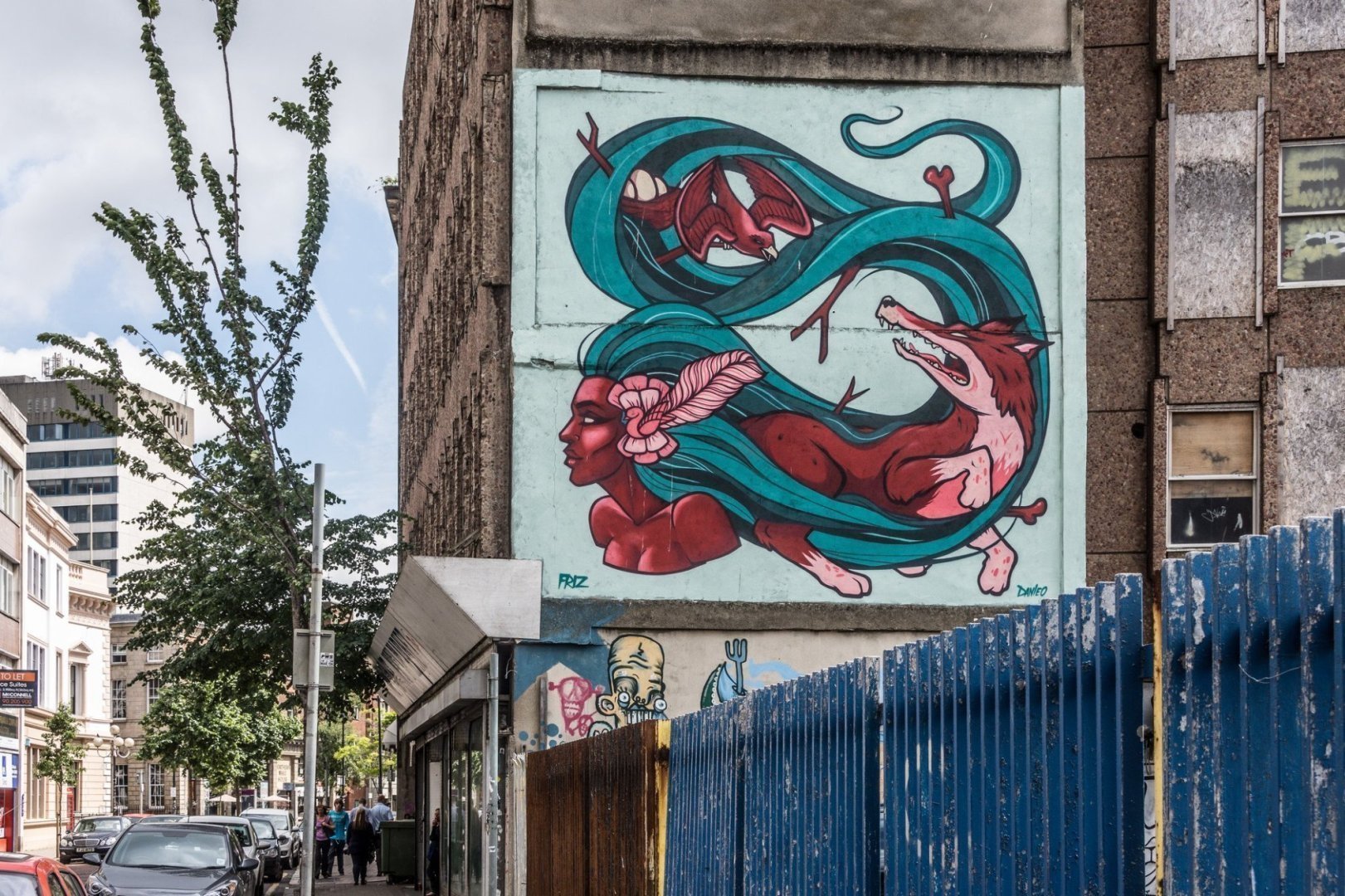