The Coolest Streets in London, England 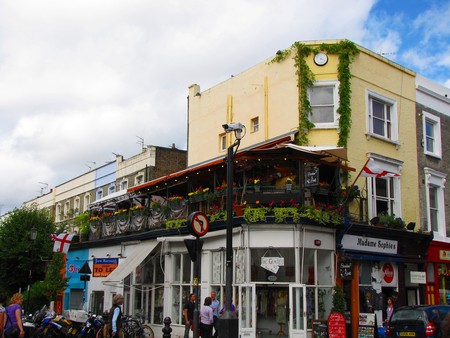 Within six miles of Charing Cross there are a mighty 60,000 streets that make up the lion’s share of London – while black cabs have this down, you’ll need somewhere to start and why not do it with the coolest streets in town? From music legends to fashionistas, there are certain hotspots in London which just seem streets ahead of everywhere else, no matter which decade we’re in. We’ve rounded up our favourites here.

In the 1960s Carnaby Street was a hotbed of miniskirts, mod fashion and the heartland of what was to become the Swingin’ Sixties: The Rolling Stones and The Who rocked up at the Marquee Club round the corner, designers redefined fashion and the street has held its cool capital ever since. Now it’s home to kooky brands, boutique beauty bars and a mix of proper pubs and achingly hip restaurants. 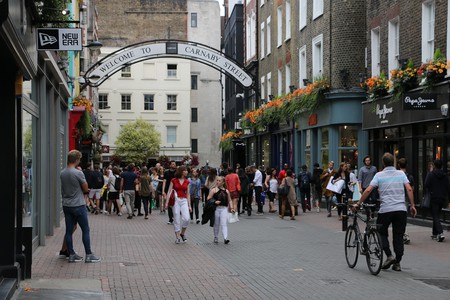 Revel in Camden Market’s emo glory on Chalk Farm Road. The area has been a haven for hippies and music kids since the 1960s and the market has been selling a mix of clothes, food, esoteric bric a brac, and smoking paraphernalia since the 1970s. It’s here that many a teenager has had their first brush with the seedy underground of London. 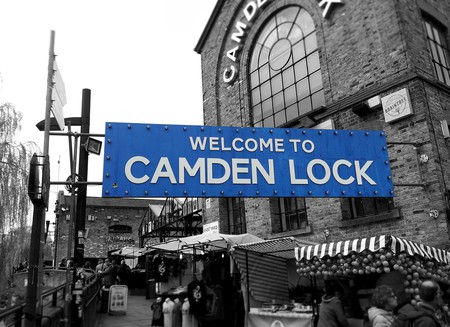 Head for the market | © Pixabay

While Carnaby might have swung for Soho, the Kings Road was where the more well-heeled fashionistas have hung out for over 50 years. Vivienne Westwood launched her fashion career here, it’s a favourite stretch for royals, it girls, and playboys, and while the road is more well known now as a backdrop for Made in Chelsea it has kept its seriously loaded street-cred.

10 years ago Hackney was the back of beyond East London wise. Today, Broadway Market is the poshest face of Hackney – the tiny two storey street with its independent cafés, bookshops and butchers is a creative hub of hipness, like a smaller, cooler Notting Hill. Head here on Saturdays for one of the best foodie markets in the city, with live music and plenty of great people watching. 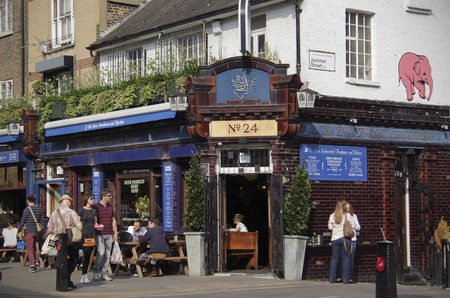 Stop for a pint at the Dove | © KotomiCreations / Flickr

Portobello has been home to an antiques market since the 1940s, but after World War II, the creatives, hipsters and hippies moved into West London, turning this area into a colourful riot of music, arts and authors. This corner of Notting Hill has appeared in many movies, including the famous Notting Hill of Julia Roberts fame.

Once known for its buckets of orange curries and second or third generation Bangladeshi restaurants, cobbled Brick Lane has some of London’s coolest shops and bars hidden away amongst vibrant street art. Head to 93 Feet East for club-nights and electronica events that have shaped the East London scene for decades. The Truman Brewery puts on fascinating exhibitions; its name goes back to the 17th century, when there was a huge brewery around here. Now there’s the hipster-Marmite Cereal Killer café and Apples and Pears for cocktails. 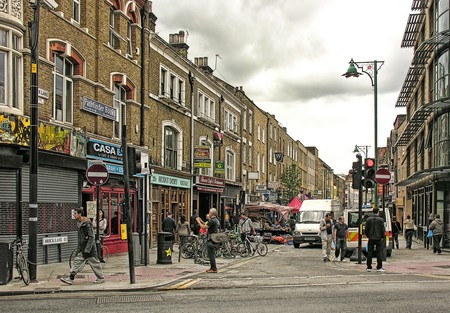 Have a potter down Brick Lane | © Eric Parker / Flickr

Head to Columbia Road on a Sunday and you’ll be lost in a riot of colour and smell as the historic flower market takes over. Farmers and growers have sold flowers here for a couple of hundred years, and at one point even birds were sold here, hence the name of a local pub, The Birdcage. As the East End has been gentrified so has the market and the surrounding cafés and pubs – you’re more likely to get an artisan Scotch egg here than you are jellied eels. 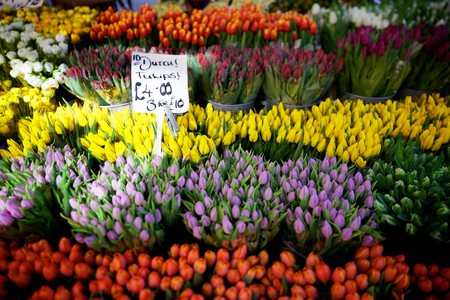 Pick up your blooms | © Aurelien Guichard / Flickr
Give us feedback