Samuel Johnson famously said, “When a man is tired of London, he is tired of life.” But we believe that even a lifetime wouldn’t be long enough to take in everything the city has to offer. With must-see attractions spanning Medieval castles, music venues and museums,  the city is alive in its history and at the forefront of the future. There’s no place quite like the big smoke, here are the must visit places in London. 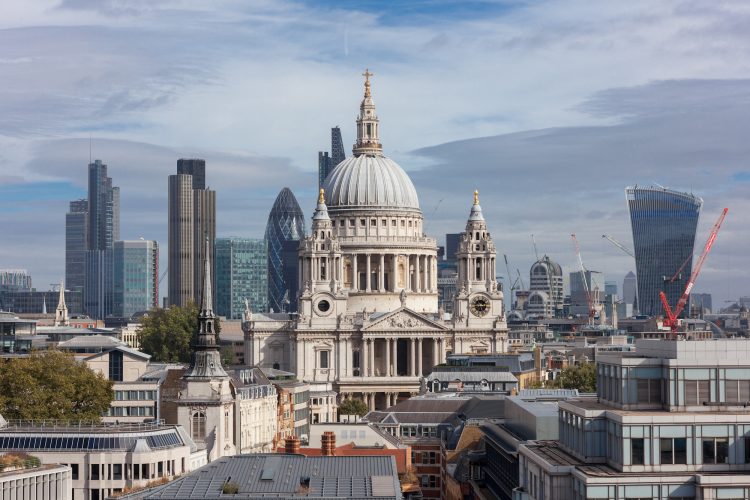 One of the most recognisable sights of London, St Paul’s Cathedral has been a feature of the city’s skyline for more than 300 years. Designed in the English baroque style by Sir Christopher Wren, St Paul’s is the highest point of the City of London, the second-largest church building in the UK (after Liverpool Cathedral) and Grade I-listed. Doors open for sightseeing from 8.30am, and the £18 price of admission includes entry to the cathedral floor, crypt and the three galleries in the dome. Admission also includes multimedia guides and guided tours. On Sunday, the cathedral is only open for worship. 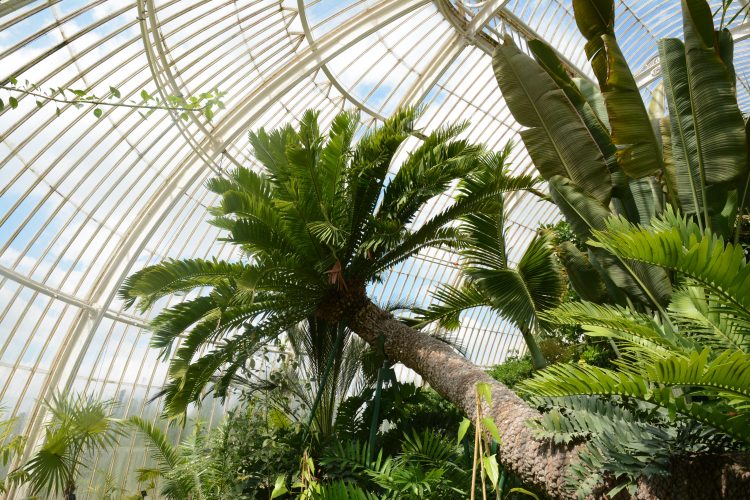 Kew Gardens is London’s largest UNESCO World Heritage site and holds the most diverse botanical and mycological collections in the world. Around 30,000 types of flowers and plants and 14,000 trees live at Kew, and its staff are constantly leading the field in botanical research. Don’t miss the newly refurbished Temperate House – the world’s largest Victorian glasshouse. 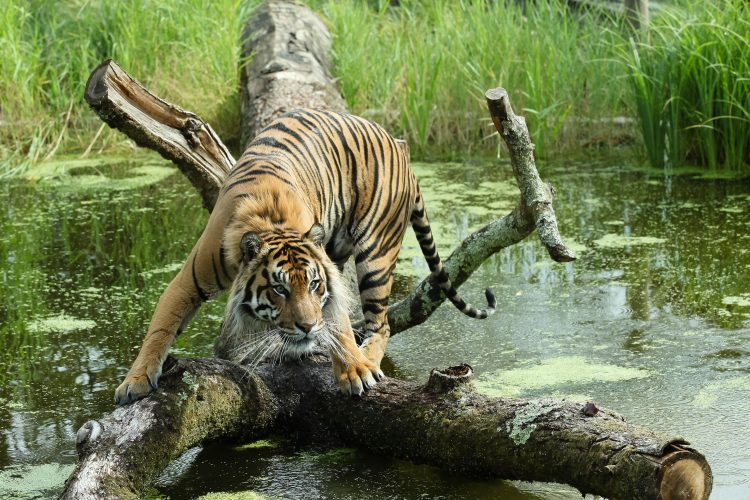 More than 750 species from around the globe live in London Zoo. It’s the world’s oldest scientific zoo, with the menagerie previously living at the Tower of London being transferred to the zoo’s collection back in the 19th century. Self-guided safari tours include discussions about the animals, while the zoo’s Theatre of Life performances provide a pleasurable insight into the animals’ behaviour. The World Food Market ensures guests are well fed with an array of delightful dishes. 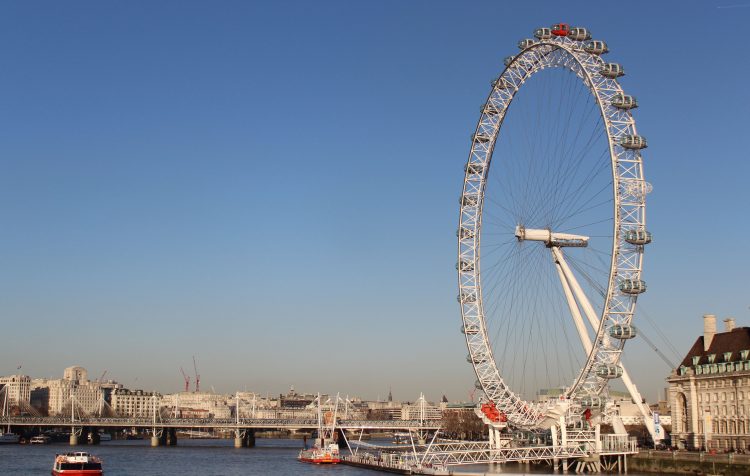 It’s no wonder that the London Eye is the UK’s most popular paid tourist attraction – it’s the perfect place to get a bird’s-eye view of the city’s contemporary architecture, including The Shard and the Walkie Talkie. It was the world’s tallest ferris wheel when it opened in 2000, but the giant structure was eventually surpassed by China’s 160-metre-high (524 feet) Star of Nanchang in 2006. 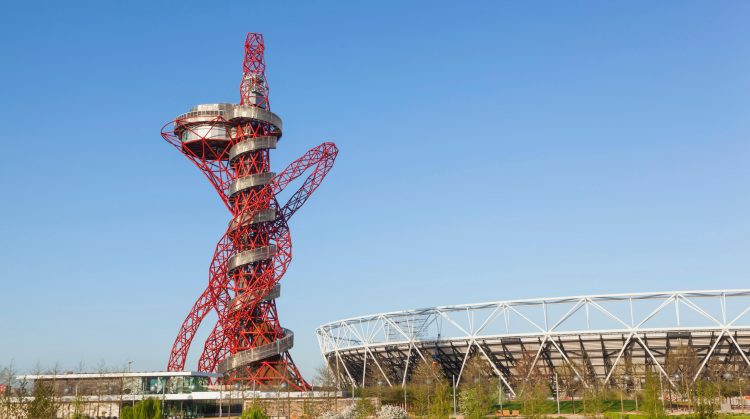 This eye-catching structure designed by Anish Kapoor was built in 2012 to mark the Olympics, which took place mostly in East London. The ArcelorMittal Orbit sculpture and observation tower sits in the Queen Elizabeth Olympic Park in Stratford and is the UK’s tallest sculpture. It’s also now the world’s longest and tallest tunnel slide, thanks to the slide’s addition in 2016 – and, all in all, it’s a great spot to see a sweeping panorama of the city. 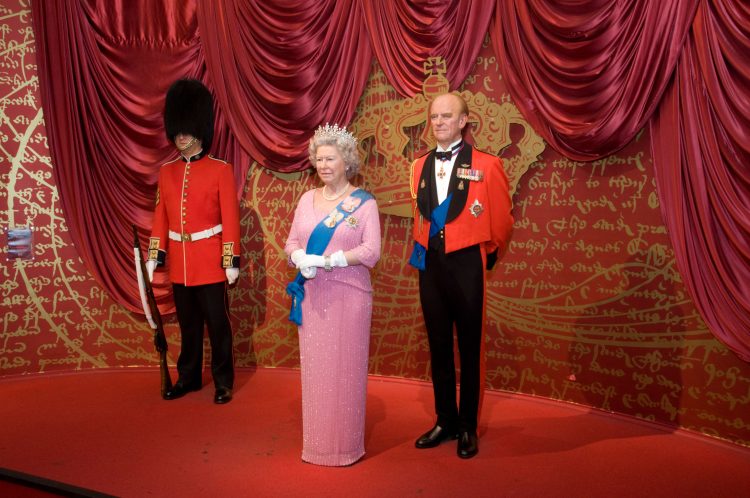 The global museum chain for life-size replicas of celebrities and historical icons, London’s Madame Tussauds waxwork museum is one of the most popular on the planet – possibly because of the quick rate it gets new celebs up and posing. You can have your picture taken with the Queen, meet Meghan Markle or take a selfie with Benedict Cumberbatch. 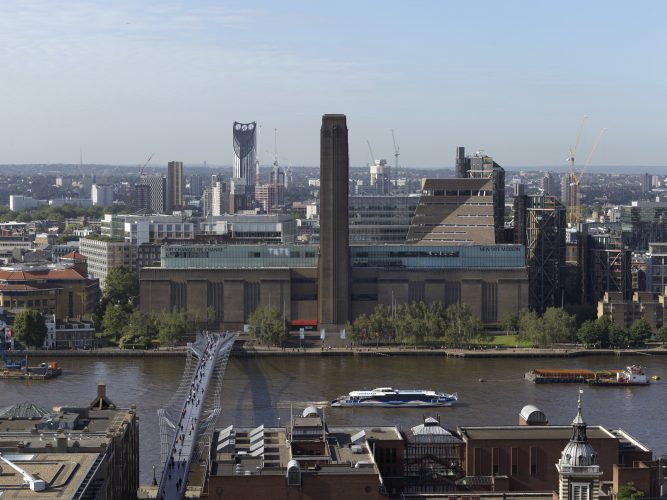 Tate Modern is a shining star in London’s incredible creative art scene. With groundbreaking installations and an ever-changing programme of exhibitions all housed in a breathtaking building, no trip to the capital would be complete without a visit here. 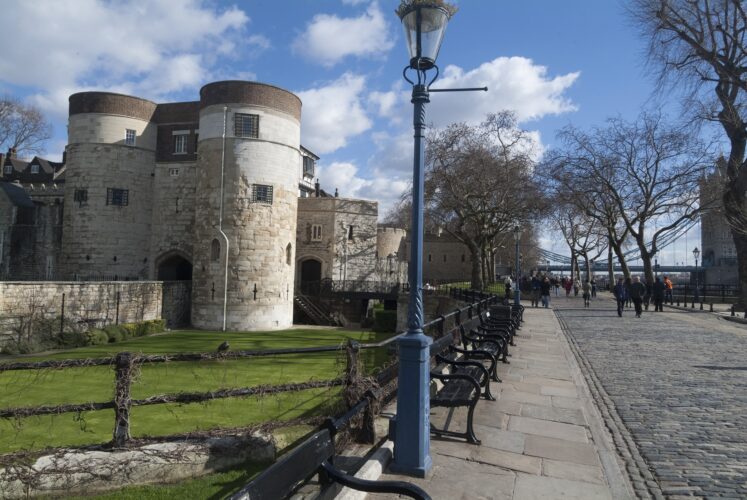 The Medieval Tower of London was built by William the Conqueror in 1078 and for nearly 1,000 years has played a pivotal role in the British monarchy. Once a palace, it was used as a prison for a couple of centuries (Elizabeth I even did a stint here before she became queen). It’s also been the Royal Mint, but today it is the home of the Crown Jewels. 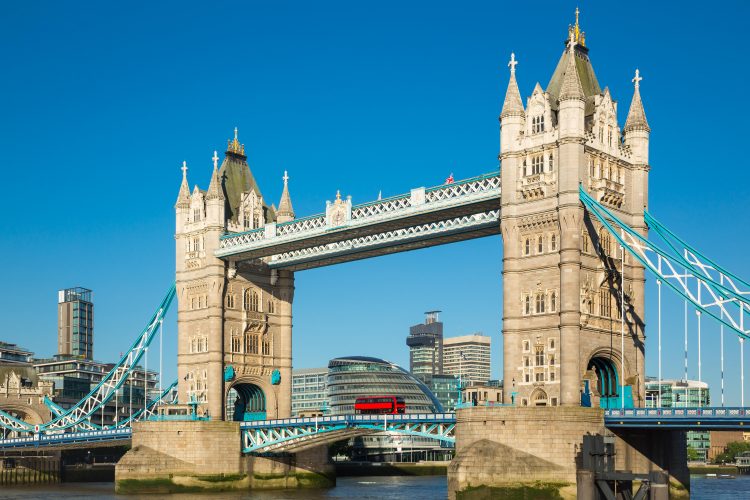 Tower Bridge is a cherished symbol of London that’s recognised all over the world, but the initial reception here was negative. Tower Bridge was built between 1886 and 1894 to ease congestion on the roads, while the bascules ensured that ships could still access London’s docks farther upriver. Red, white and blue paint were added to the bridge for the Queen’s Silver Jubilee celebrations in 1977, but during the 2010 restoration of the bridge, only blue and white paint were used. 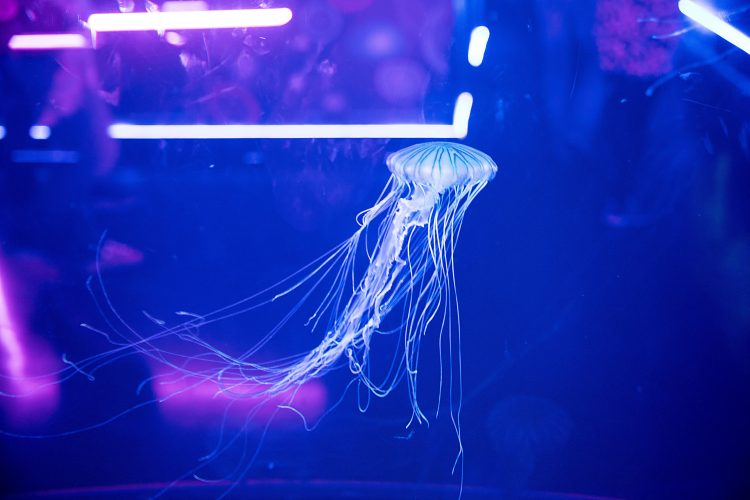 Right next door to the London Eye is the Sea Life London Aquarium, home to one of Europe’s largest collections of global marine life. Great for kids, the large tanks and varied species ranging from sharks to penguins will keep everyone amused, especially on a rainy London day. It even boasts the UK’s largest jellyfish experience – sting free, of course. 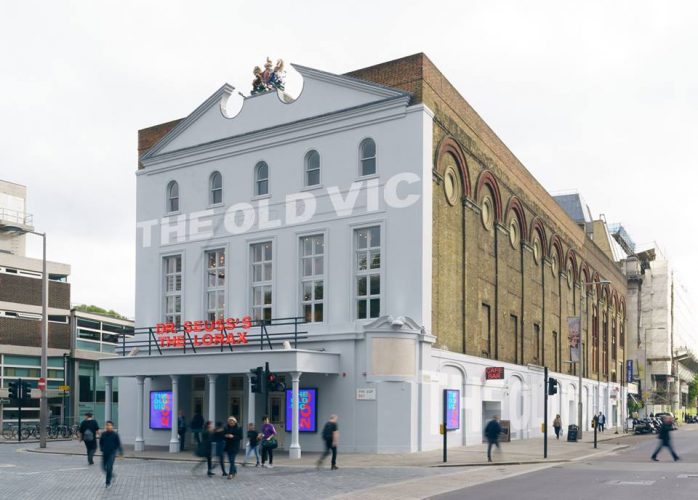 More than 200 years old, this vibrant non-profit independent theatre is ideal for catching a five-star performance without the West End price tag, with tickets available from just £10. The Old Vic dates back to 1818, originally named the Royal Coburg Theatre, and has since been renamed multiple times. In recent years, many A-list actors have taken to its stage, including Kristin Scott Thomas, Daniel Radcliffe, Ralph Fiennes and Kim Cattrall. 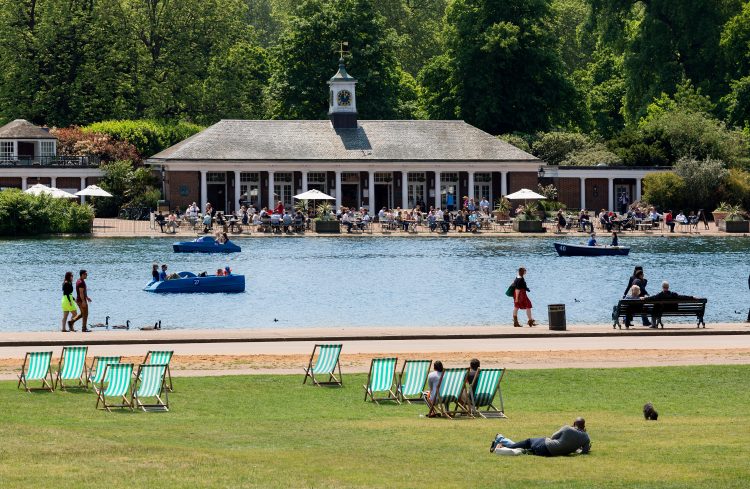 One of London’s most expansive green spaces, this Grade I-listed royal park is also linked to Kensington Gardens and Green Park. While you’re there, admire the Victorian splendour of the Albert Memorial, and get your royal fix at the splendid Kensington Palace. Alternatively, head to the Serpentine Galleries for some world-class contemporary art. 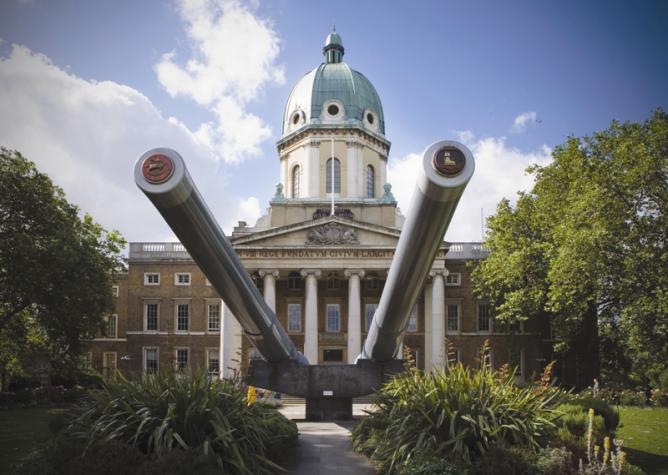 Over at Lambeth North, you’ll find the Imperial War Museum, dedicated to recounting the trauma and history of not just the two World Wars, but also other, lesser-known conflicts. Find tanks, planes and rockets alongside stirring photography exhibitions that change every few months. 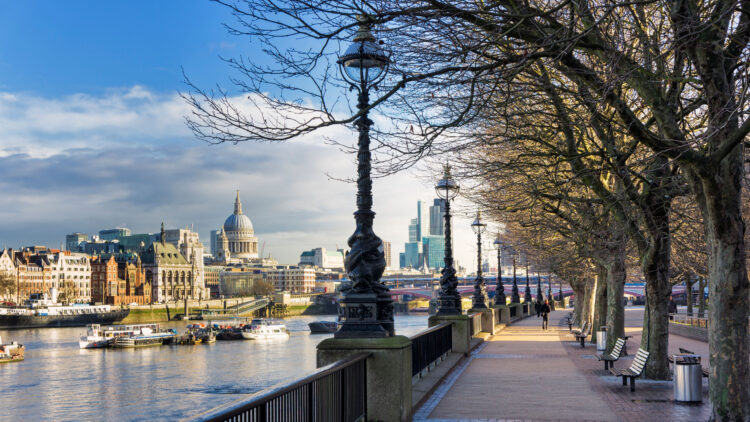 The stretch of the River Thames from Waterloo to Tower Bridge is known as the South Bank and is always busy with strollers, runners, art lovers and music fans. Along the walkway you’ll find an array of architectural masterpieces, including the brutalist National Theatre and Southbank Centre, the low-slung British Film Institute, the industrial-looking OXO Tower and Tate Modern, plus Shakespeare’s Globe. For many, a stroll along the South Bank is as London as it gets. 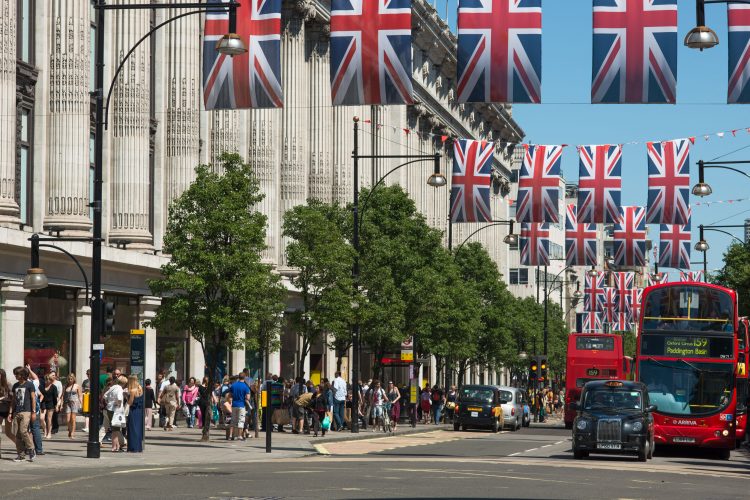 Oxford Street is London’s long-standing home of retail, mixing high-street stores with designer boutiques on the fringes of trendy Soho and upscale Marylebone. On and around Oxford Street, you’ll find British department stores such as Selfridges and Liberty, and legendary toy store Hamleys on nearby Regent Street. 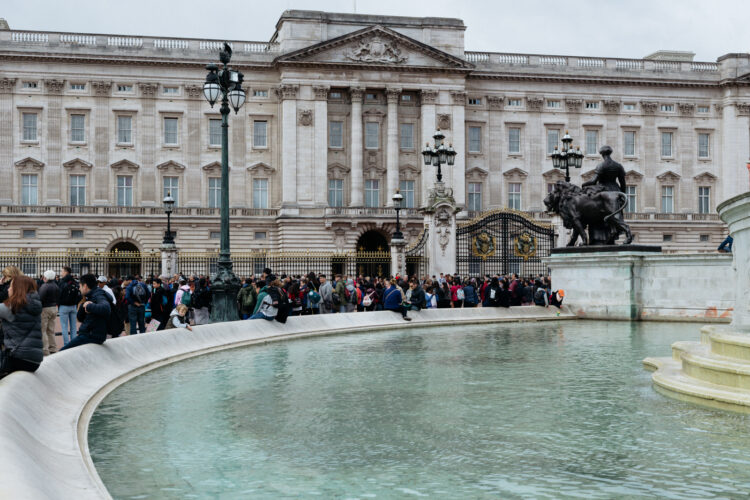 Buckingham Palace has served as the royal family’s living and working quarters since the reign of Queen Victoria, who moved the royal court here upon her accession in 1837. The building’s origins are relatively modest: the original Buckingham House was constructed by the Duke of Buckingham in 1703 on privately owned property and was later transferred to the crown during the reign of George III to become Queen Charlotte’s private residence.Today, the palace is actually owned by the British state and has become a tourist hotspot and a quintessential symbol of Britain, with key attractions such as the Changing of the Guard. A union between history and the modern day, Buckingham Palace is both the weekday home of the Queen and Prince Philip among others and the workplace of approximately 800 people. 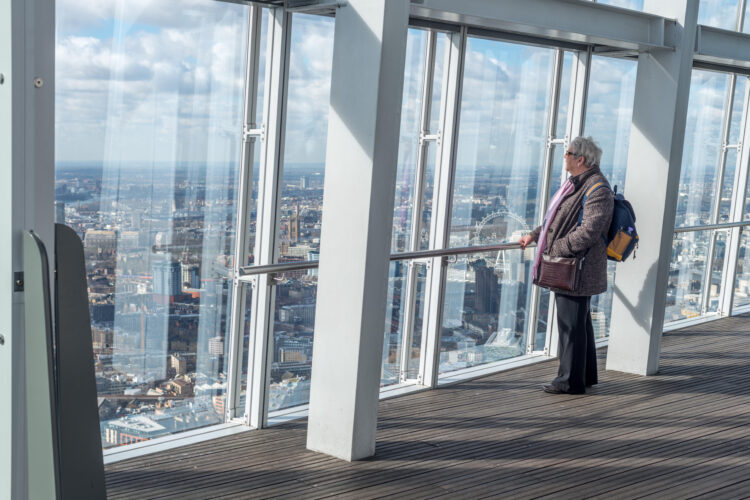 What list would be complete without The Shard? Italian architect Renzo Piano – who’s famous for a multitude of world-class designs, from the Centre Georges Pompidou in Paris to the New York Times Building in Manhattan – is responsible for this impressive building. All of his hard work has paid off. The Shard is immensely popular, even with cynical Londoners, and its 13th-floor restaurant and 69th-floor viewing platform attract both locals and tourists. 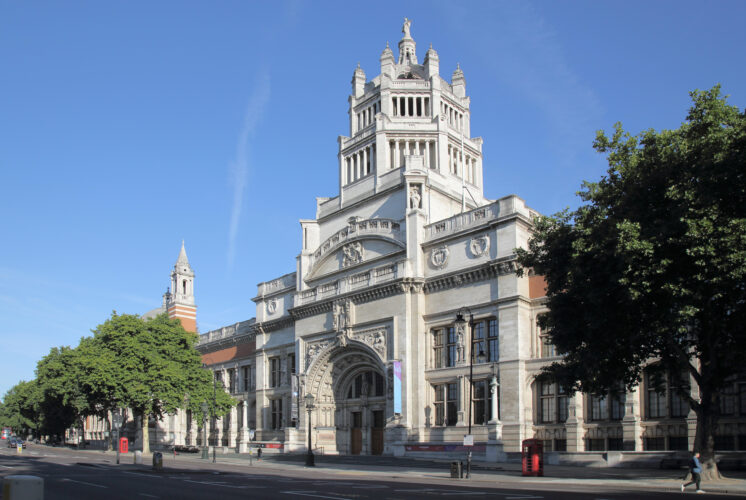 The Victoria & Albert Museum (V&A) is a world-renowned destination for art and design that is home to more than 2.3 million objects, chronicling 5,000 years of human growth and creativity. From ancient ceramics and a cast collection of world-famous statues to cutting-edge fashion and priceless jewellery, the V&A encompasses a range of displays capturing the world’s history through art and cultural artefacts. 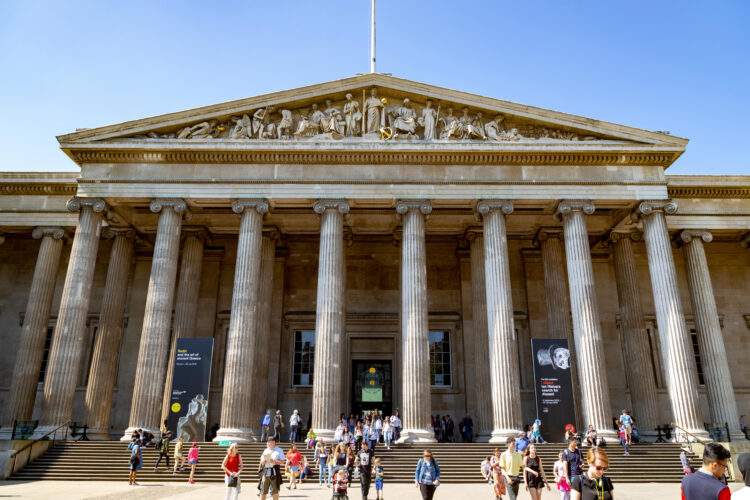 Founded in 1753, the British Museum was the first national public museum in the world, and today it is Britain’s most visited with more than 7 million people arriving per year. Entry has always been free and includes access to the institution’s most important and sought-after acquisitions, such as the Rosetta Stone, Parthenon sculptures and Ancient Egyptian structures. The museum is an architectural gem itself, with the newly refurbished Queen Elizabeth II Great Court a highlight. 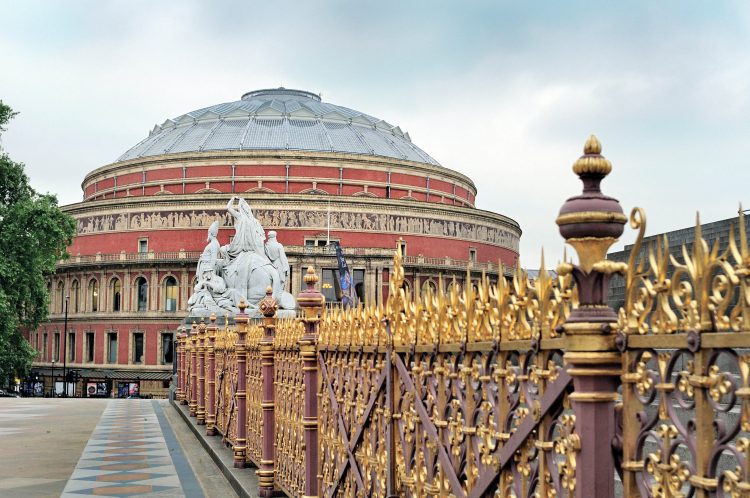 London’s premier concert venue, the Royal Albert Hall is a gorgeous example of the investment in arts made in Victorian London. Since 1871 it has hosted some of the biggest names in classical and modern music, as well as the BRIT Awards. The annual Proms concerts have also been held here since 1941. 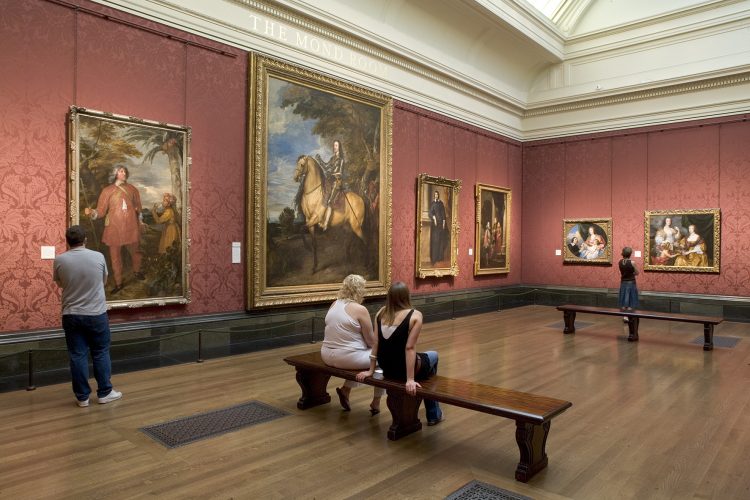 Courtesy of The National Gallery, London 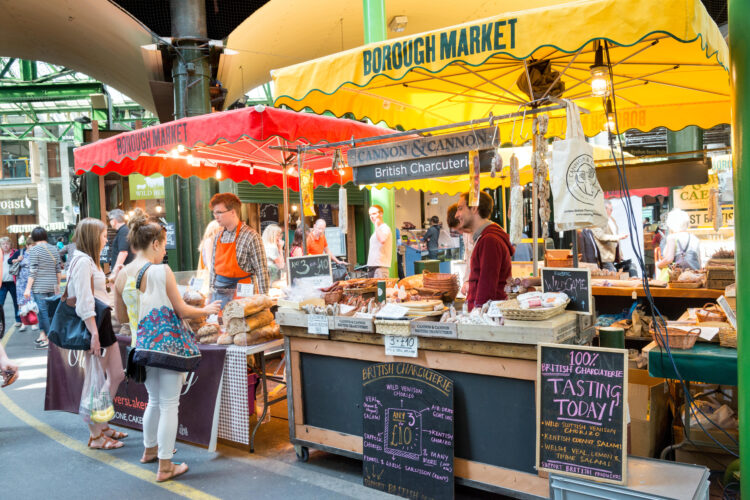 Just over the road from the bustling London Bridge Station, Borough Market is one of the most eclectic markets in the city. Dating back more than 800 years, the market has been a one-stop shop for Londoners for centuries. With a mixture of wholesale and retail on offer, you’ll be sure to come away with something special. Be sure to check out Monmouth coffee for some of the best java around.
More Info
8 Southwark Street, London, England, SE1 1TL, United Kingdom
+442074071002
Visit website
Shakespeare's Globe
Building, Theatre 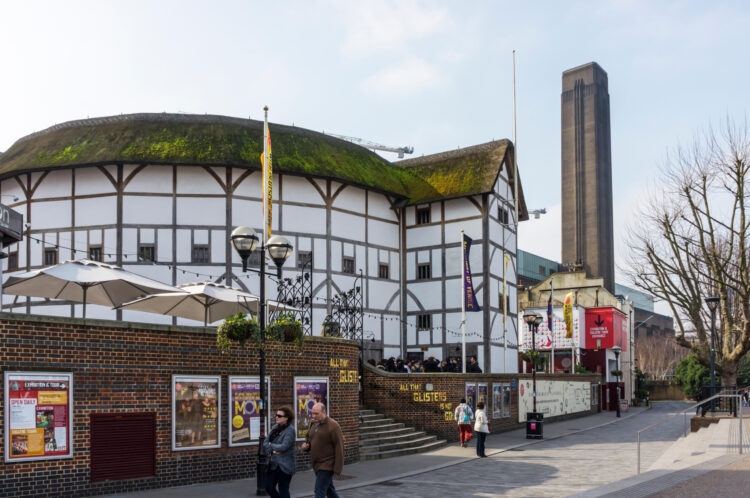 Although not technically the original Globe Theatre, which burnt down around 400 years ago, Shakespeare’s Globe theatre is a lovingly restored recreation of the Bard’s former stomping grounds. Featuring a thatched roof and offering an authentic experience for it’s audience, there’s no better way to take in some of Shakespeare’s greatest hits. Tickets are reasonably priced and if you’re strong on your feet, you can watch a whole show stood in ‘the Pit’ which is as close to the stage as you can hope to get.
More Info
21 New Globe Walk, London, England, SE1 9DT, United Kingdom
+442079021400
Visit website
Portobello Road
Market 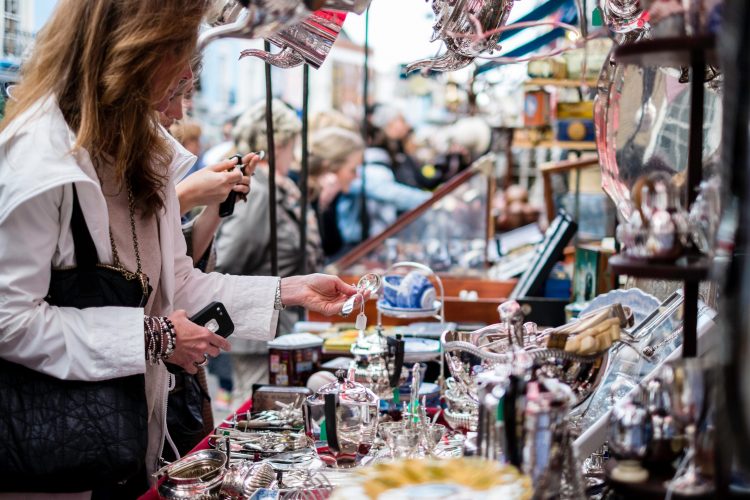 A historic street in a historic city, Portobello Road is home to one of the largest antiques markets in the world. A magnet for deal-seekers and treasure hunters, the road has more than 1,000 antique dealers in residence. Outside of the retail therapy, however, the market has plenty of delightful cafes and restaurants that provide a perfect place to grab some lunch in between perusing.
More Info
Portobello Road, London, England, United Kingdom
Visit Facebook page
Westminster Abbey
Building, Church 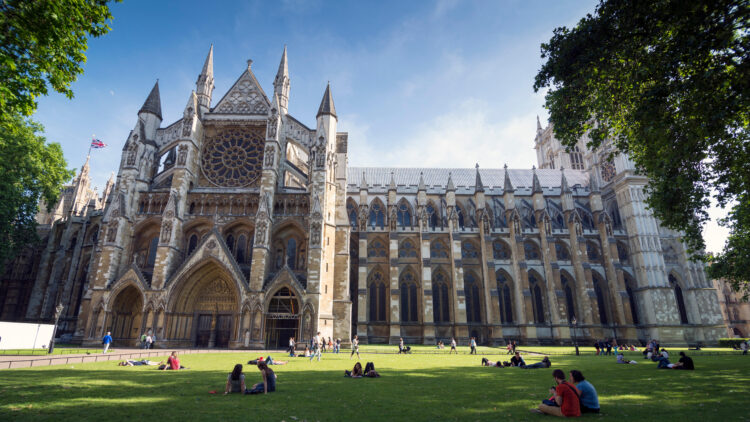 One of the defining landmarks of the city, Westminster Abbey has played a central role in the nation for nearly a whole millennium. Filled with the tombs of some of the country’s greatest kings, poets and politicians, history literally surrounds you here. It’s open most days – unless there happens to be a royal wedding taking place – and the abbey is an excellent way to feel part of the nation’s past.
More Info
20 Deans Yd, Westminster, London, England, SW1P 3PA, United Kingdom
+442072225152
Visit website
Additional reporting by Nicholas Grantham