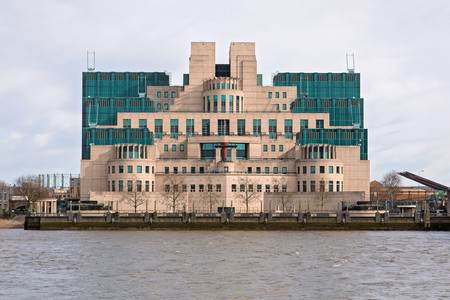 Many of London’s finest examples of Postmodern architecture are finally getting the recognition they deserve. Post Modern Buildings in Britain celebrates these key landmarks, which range from the SIS Building made famous by James Bond, to No 1 Poultry, which became England’s youngest listed building. Here are the capital’s most iconic ‘PoMo’ buildings.

Westbourne Grove, Kensington & Chelsea, CZWG
These posh-looking loos were done on a pretty tight budget with the help of the local residents – Piers Gough designed the unusual structure, featuring turquoise-glazed bricks, which would usually be seen on the inside of a public convenience rather than the outside, and dancing ‘ladies’ and ‘gents’ figures that reference the local Notting Hill Carnival. A florist’s kiosk was incorporated into the design to offset the cost of a lavatory attendant and the Pembridge Association charity group raised funds to donate a bespoke clock, bench and lamp post. 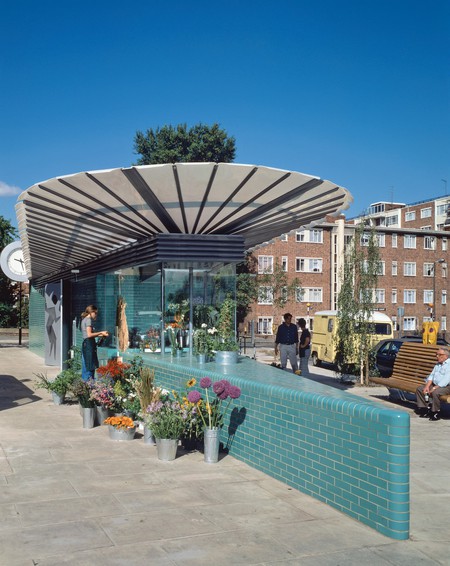 This Grade II*-listed building represents a funeral pyre floating on the River Nile, symbolising the ‘river of life’ (a recurring theme in John Outram’s architecture) and references the structure’s function as a pumping station for the Thames. Outram, who is known for his use of bold colours and ancient references, was commissioned to design a building that could be left unattended for a century, without the need for maintenance. His aim was to create an attractive-looking facade that would disguise the inner workings of the station – the giant columns cleverly conceal ventilation ducts, decorated with primary-coloured Corinthian capitals, while the central ‘Cyclopean’ eye is actually a fan that prevents the build up of methane gas. 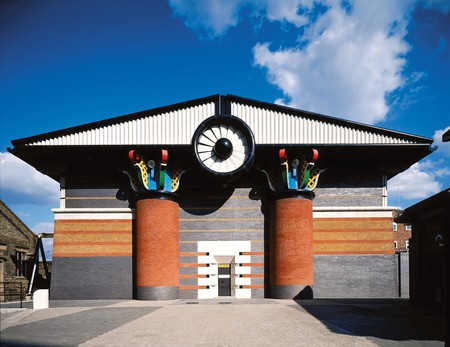 Despite ‘Black Monday’ (October 19, 1987) and the recession that followed, almost all 314 of the flats within this striking development were sold. “People want to live in a special place,” said architect Piers Gough at the time, “they want people to say ‘oh you live there!’” The site, which originally belonged to Whitbread’s brewery, was inspired by two concepts – the drum-like notion of a circus, with the centre as the focal point, and also the idea of quarrying for precious lapis lazuli. The unusual shape of the blue buildings, which were supposed to emulate ceramic storage vessels, were dubbed ‘the owls’ by the builders – a name that stuck, much to the architect’s bemusement. 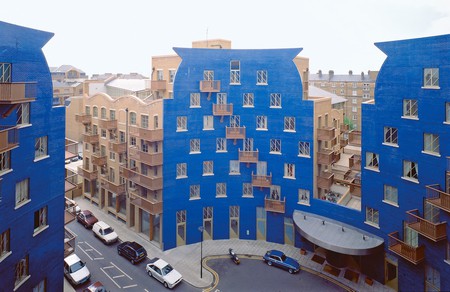 Many will recognise this building as the home of MI6, the Secret Intelligence Service, which was soon-after nicknamed ‘Babylon-on-Thames’. This wasn’t Terry Farrell’s original plan for the site, which used to be the location of the 19th-century Vauxhall Pleasure Gardens – in 1982 he had instead intended to create a vast urban village. The building has a palatial grandeur combining 1930s industrial-Modernist influences with that of Mayan and Aztec religious temples. Architecture critic Deyan Sudjic, OBE described the building in a 1992 Guardian article as an “epitaph for the architecture of the eighties”.

TV-am was the first-ever breakfast television franchise in the UK and its headquarters designed by Terry Farrell became a Postmodern landmark for the media age. Farrell combined wit and imagination to transform an industrial site on a tight budget into an instant brand for this relative newcomer. The building’s crowning glory were the dozen enormous eggcups on the roof (they cost the firm £1,200), which could be seen from the canal. The building was sold to MTV Europe in 1993, and unfortunately is now unrecognisable due to extensive renovation works. 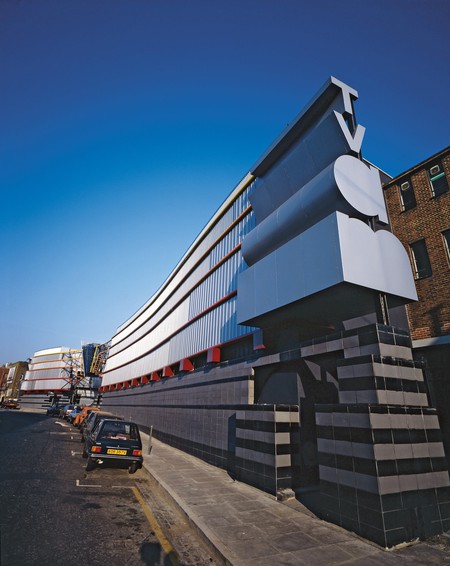 Described in Post Modern Buildings in Britain as “ebullient, provocative, inventive and bloody-minded,” people either loved James Stirling’s work or they hated it. However, he had a successful international career and this building is considered his definitive late work in England. Following a a conservation battle over the fate of several other listed buildings on the site, including the Mappin & Webb building, Stirling’s scheme gained approval at a second public enquiry. An feature of the building is the turret with an inset clock and two cantilevered glass viewing platforms either side, which is part of Stirling’s dynamic play of geometries. 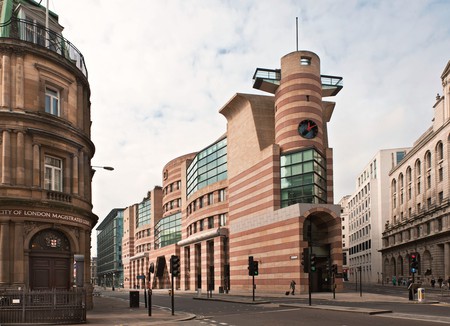 London housing was delegated to the individual boroughs in the 1960s. In Islington, it was Alf Head that steered the redevelopment of the borough’s new-build public housing, choosing intricate low-rise, high-density structures. Islington’s in-house designers tended to favour a more picturesque townscape approach of mews and arched windows, but wit and irony sometimes crept in too. James Stirling’s work also appears to have rubbed off, as influences can be seen in the Mackintosh-style gridded windows, yellow metal conservatories and striped stair-turrets. 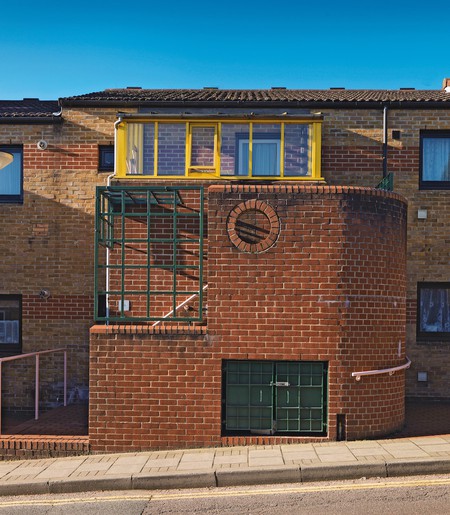 A 23-year-old property developer, Andrew Wadsworth, was the first to carry out a residential conversion in Docklands. He commissioned CZWG to convert a water tower into a luxurious penthouse apartment for himself and also to transform the adjoining derelict Bermondsey warehouse into 17 flats with riverside views. The building was named China Wharf not due to the River Thames’ association with exotic cargoes, but after his cat, China. The bright-red facade is reminiscent of the old sailing barges that used to be ever-present on the Thames and is a vibrant focal point on the riverscape. 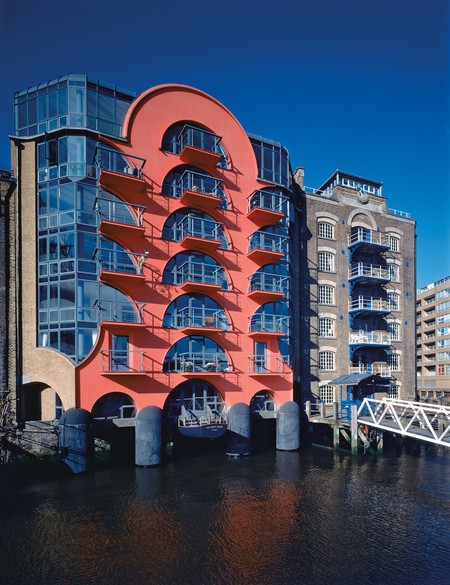 William Whitfield was appointed to come up with an exciting new vision for Whitehall, which drew on castles for inspiration (many comparisons are made with the Palace of Westminster) and also references the lost King Street and Holbein Gates. Sat between the Edwin Lutyens-designed Cenotaph and the former police buildings on Victoria Embankment, Whitfield’s Whitehall blends in with the colour, texture and forms of the existing buildings with its ‘streaky bacon’ red brick and stone facade. 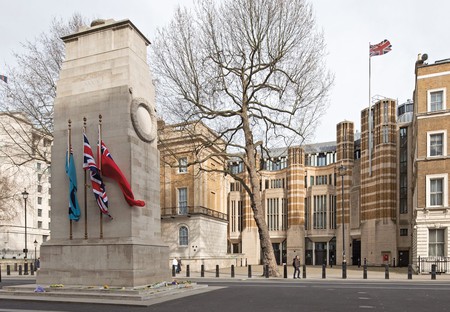 At first glance, this might look like every other 19th-century villa on the street, but on closer inspection the playful Postmodern alterations emerge. Architect Charles Jencks and his wife Maggie Keswick, the founder and visionary of the Maggie’s Centres, collaborated with Terry Farrell on this six-year project, realising a built polemic against traditional, symbolic architecture. 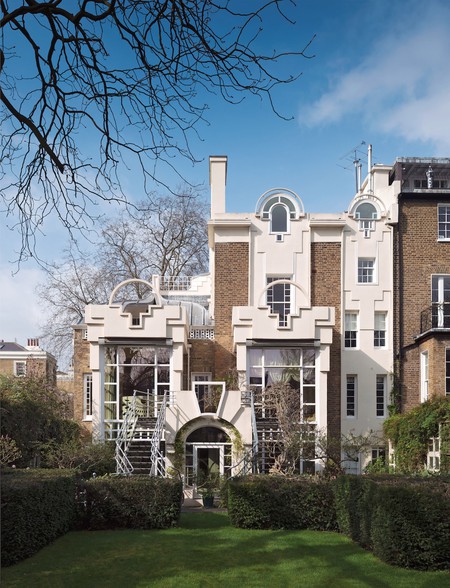 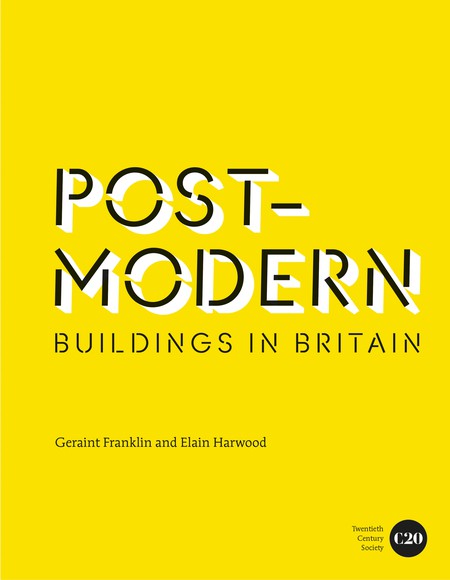