There isn’t anywhere else in the world quite like London when it comes to architectural diversity. In the heart of the city, glittering skyscrapers with eccentric names – the Shard, the Gherkin, the Walkie Talkie – rub shoulders with Medieval marvels such as the Tower of London. Here’s a definitive list of the buildings not to miss when you’re in town. 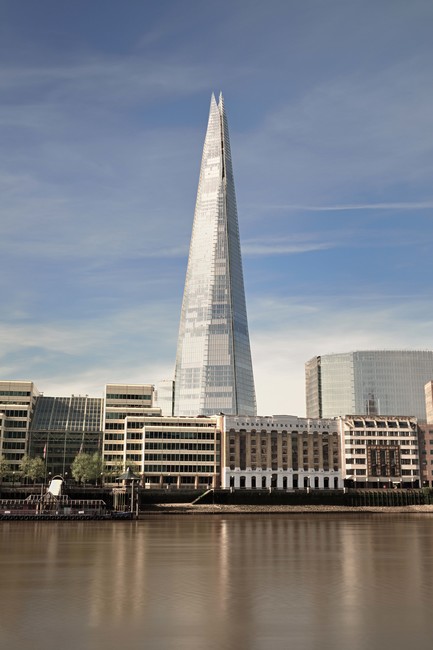 Daring, awe-inspiring and momentous, Renzo Piano’s spire-like building commands the capital as it soars to a height of 309.6 metres (1,016 feet), containing its own vertical city within. Inaugurated in 2012, the Shard is a relative newcomer to London’s cityscape, but has already become a symbol of the city, something that Piano says is down to its accessibility and transparency. Piano wasn’t keen on building a skyscraper initially, believing them to be “arrogant” and “aggressive”; however, in his meeting with developer Irvine Stellar, he began to sketch a design on the back of a napkin that bears a striking resemblance to the finished edifice. Being the tallest building means it also has the best views: you can see 40 miles in every direction; beyond the spaghetti of railway tracks and the snaking River Thames, you can even catch a glimpse of rolling hills. 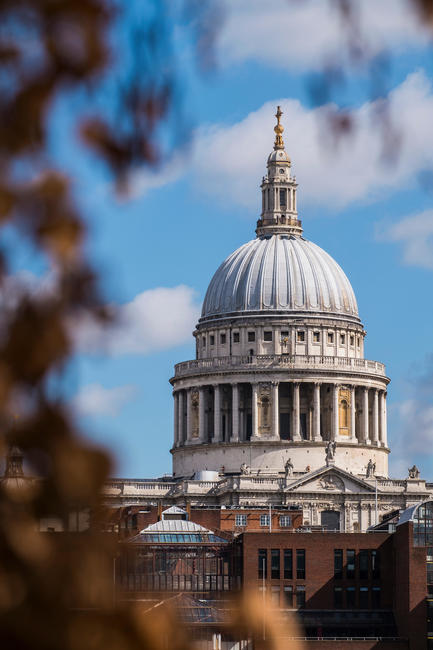 It’s hard to miss the majestic dome of Sir Christopher Wren’s masterpiece, which dominated London’s skyline for 300 years – it was the capital’s tallest building until the BT Tower nabbed the top spot in 1965. Wren’s Baroque-style cathedral was completed on Christmas Day in 1711 and has remained a national treasure ever since, playing host to the marriage of Prince Charles and Diana Spencer, a sermon read by Martin Luther King Jr and even making star appearances in the Harry Potter franchise and Mary Poppins (1964). St Paul’s has had a few near misses in its time, narrowly surviving the Blitz as well as a 1913 plot concocted by the Suffragettes to blow up the Bishop’s Throne. One highlight is the Whispering Gallery, nearly halfway up the 528-step climb to the top of the dome, where hushed tones can be heard from the opposite side due to a quirk in its construction. After reaching dizzying heights, head down into the crypt (the largest in Western Europe) to see the impressive tombs of Lord Nelson and the Duke of Wellington, two of the biggest names in British political and military history, and artists’ corner, where JMW Turner, John Everett Millais and John Constable are buried. Also check out Henry Moore’s magnificent Mother and Child sculpture in the North Quire Aisle. 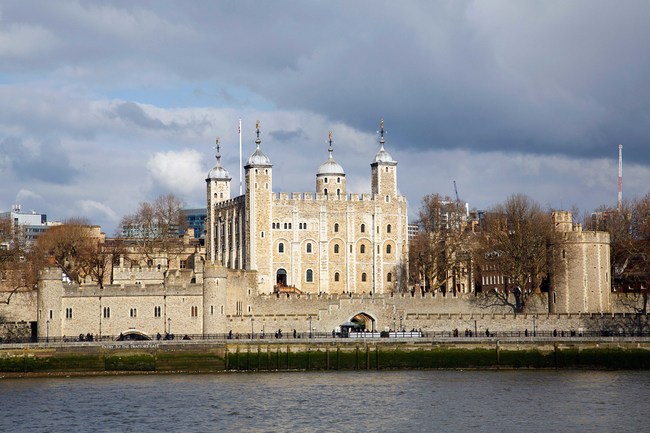 Tower of London and Traitors’ Gate on the bank of the River Thames, London | © jax10289 / Alamy Stock Photo

With nearly a thousand years of history, the Tower of London is the oldest intact building in the capital. The White Tower was the first part to be constructed, at the behest of William the Conqueror, who wanted a formidable Norman fortress as the ultimate power symbol. Throughout the centuries, the building has had many incarnations, serving as a royal household, zoo, prison and now as the protector of the Crown Jewels. In the 13th century, exotic creatures, including a polar bear, a lion and an elephant, gifted from European monarchs, lived in the tower; later, when it was known as a tower of torture, Anne Boleyn, Guy Fawkes and Sir Walter Raleigh awaited their end here. Today, some traditions are still going strong, including the Ceremony of the Keys, an elaborate ritual of locking up the tower at night, which lucky guests can witness if they book at least a year in advance. 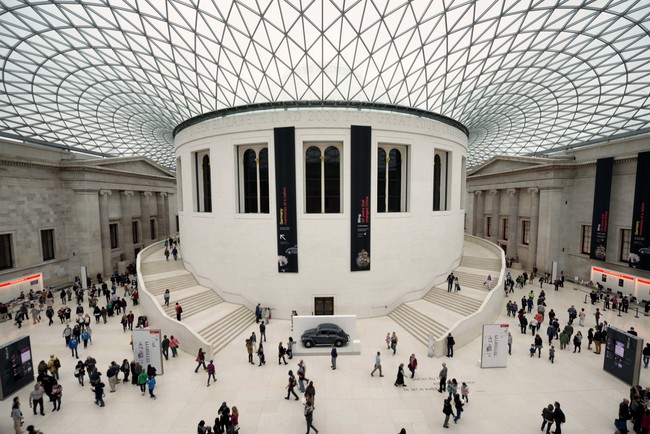 The world’s first national public museum, which has always been free to all “studious and curious persons”, opened its doors in 1753. The impressive Greek Revivalist building, with its imposing colonnades, is a teaser to the 8 million wondrous objects contained within. Visitors can discover the world’s ancient wonders, from the Elgin Marbles, taken from the Parthenon in Athens, to Egypt’s Rosetta Stone and Assyrian treasures, including the colossal winged lions that once guarded the royal palace of King Ashurnasirpal II. It’s also worth paying a visit to Pete Marsh, otherwise known as the Lindow Man, whose preserved body was discovered in a peat bog in Cheshire and is estimated to date as far back as 2 BC. Also, don’t forget to look up when you’re in the Great Court, the largest covered public square in Europe, where a spectacular glass roof envelopes the world-famous Reading Room at its centre. 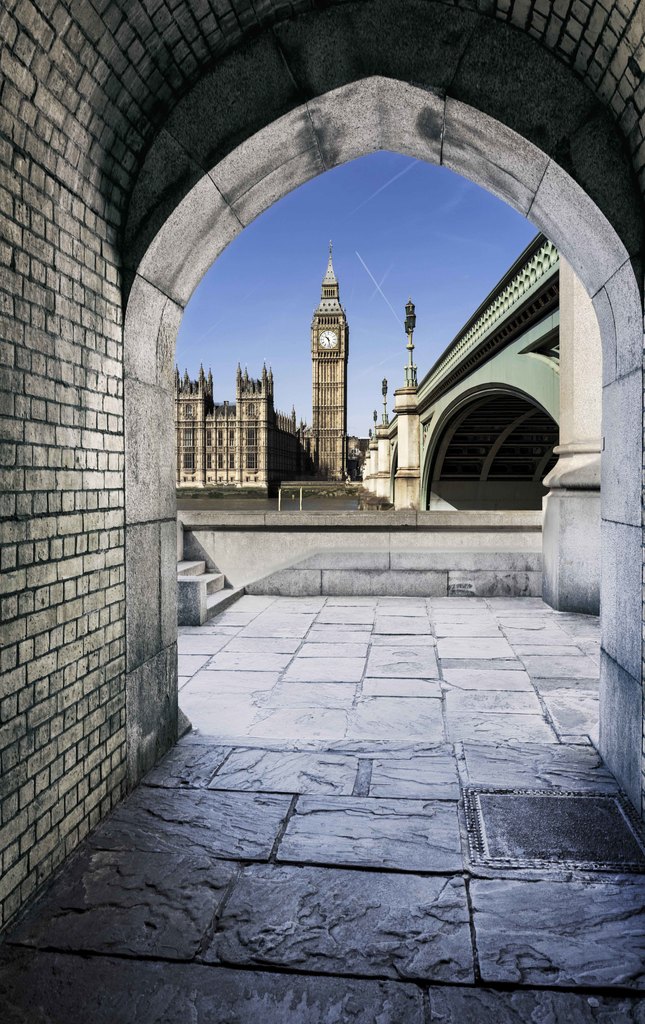 One of the finest examples of Gothic Revivalist architecture in the world, the Palace of Westminster was built by 19th-century architect Sir Charles Barry, but the real brains behind it was the incredibly talented Augustus Pugin. He was just 23 when Barry enlisted him to help with the design of the building and was instrumental in its Gothic detailing (his superior was more of a Classicist). Pugin’s ornate gilt-work, elaborate carvings and decorative panelling adorn the sumptuous interiors. Parliament was bombed 12 times in one night during World War II, with the Chamber of the House of Commons getting destroyed in the process. It was redesigned in 1941 by Sir Giles Gilbert Scott, the man behind Battersea Power Station and the famous K2 red telephone box. 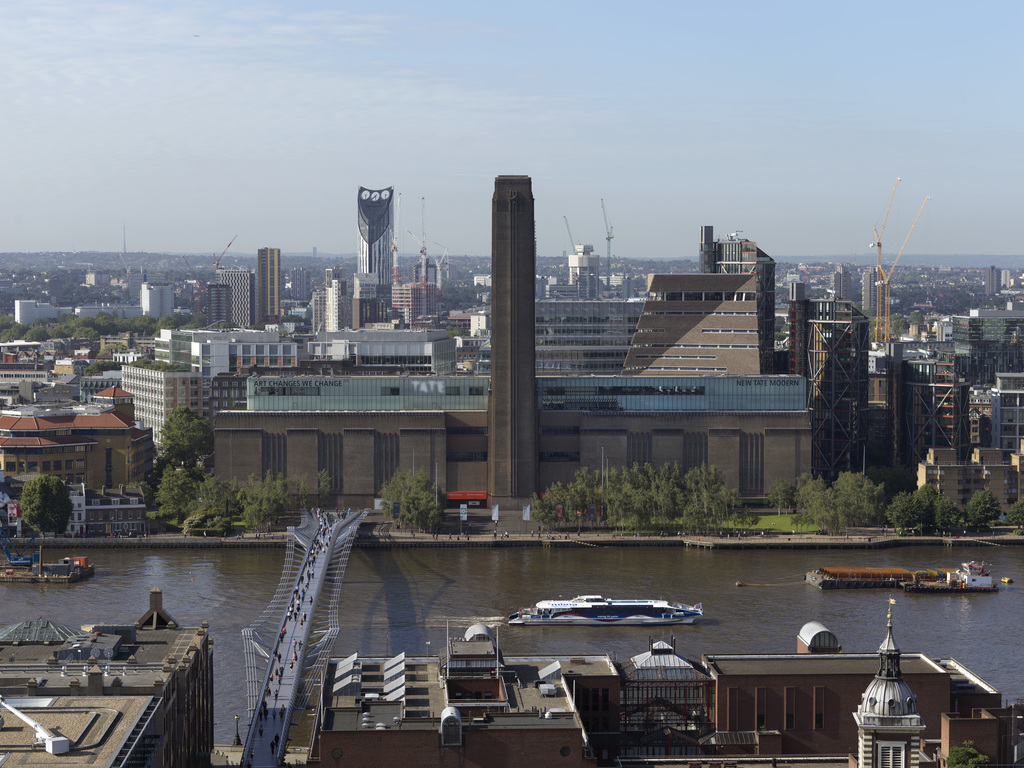 Another gem by Sir Giles Gilbert Scott, Bankside B power station was a beacon of modernity when it was constructed in the 1940s as the first oil-fired power station in Britain. The imposing chimney, its defining feature, was restricted to a height of 99m (325ft) so as not to outdo its illustrious neighbour opposite, St Paul’s. After shutting in the 1980s, the power station was resurrected by the relatively unknown Herzog & de Meuron, who won a competition to transform its crumbling shell into the new Tate Modern, which opened in May 2000. The monumental cultural icon has since become the most visited museum of Modern art in the world and has totally revitalised the South Bank area. 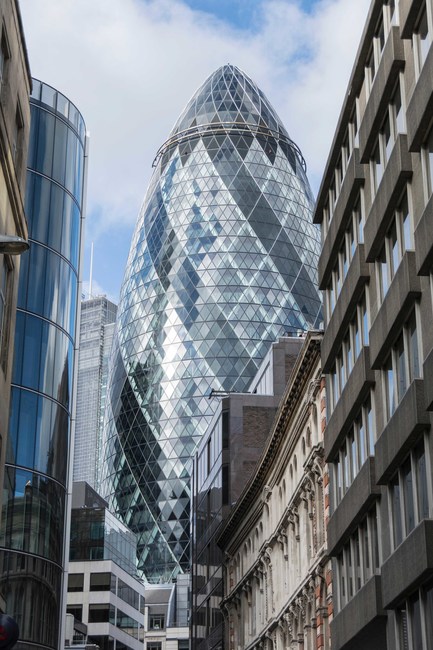 Ridiculed when it was announced but an instant hit when it was built, Norman Foster’s famous bullet-shaped building became one of the first truly great contemporary skyscrapers to sculpt London’s skyline. Standing proud at 180m (590ft), the glittering glass Gherkin is three times the height of Niagara Falls but actually a scaled-down version of what Foster originally envisioned. The site itself has an interesting backstory: it’s officially named 30 St Mary Axe after the vanished church that apparently contained an axe used by Attila the Hun and, during construction of the skyscraper in 1995, the body of a Roman girl was discovered there (she was given a funeral at St Botolph’s Church and reburied near the Gherkin). 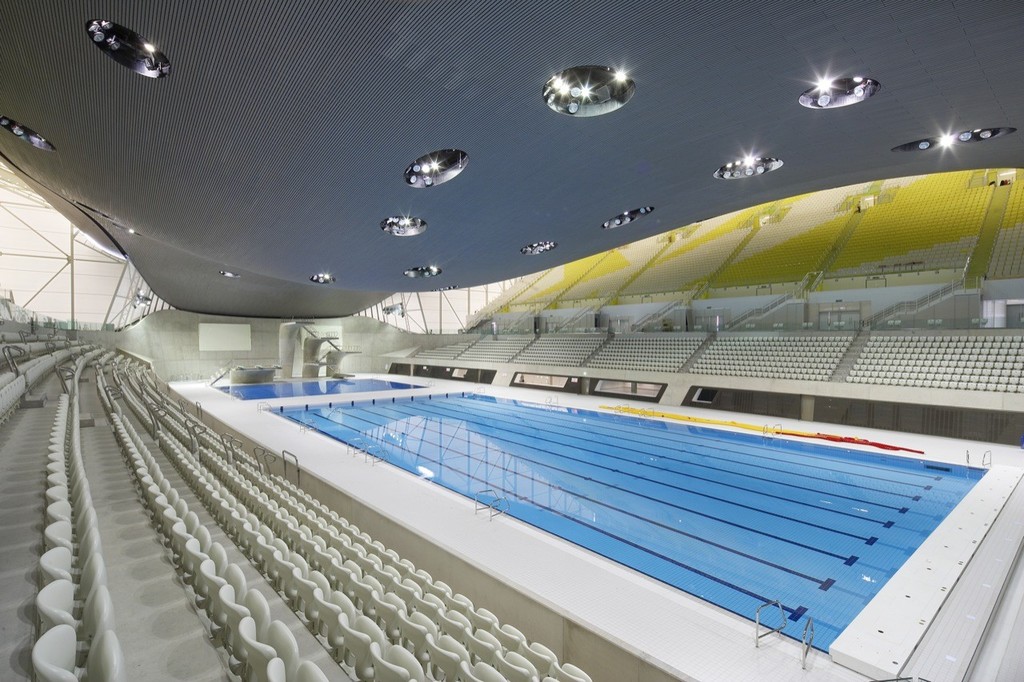 Designed as the showpiece for the 2012 Olympics, this majestic building bears the trademark sweeping curves of the late Zaha Hadid, inspired by the fluidity of moving water. The sculptural, stingray-like roof dives and swoops over the main swimming pool, reflecting Hadid’s talent for creating dynamic architecture with drama. For just over £5 ($6), you can swim in the spectacular 50m (164ft) Olympic pool; if you have any energy left, head outside and slide down the world’s tallest tunnel slide from the top of the spiralling ArcelorMittal Orbit sculpture. The views from the top are pretty spectacular, too. 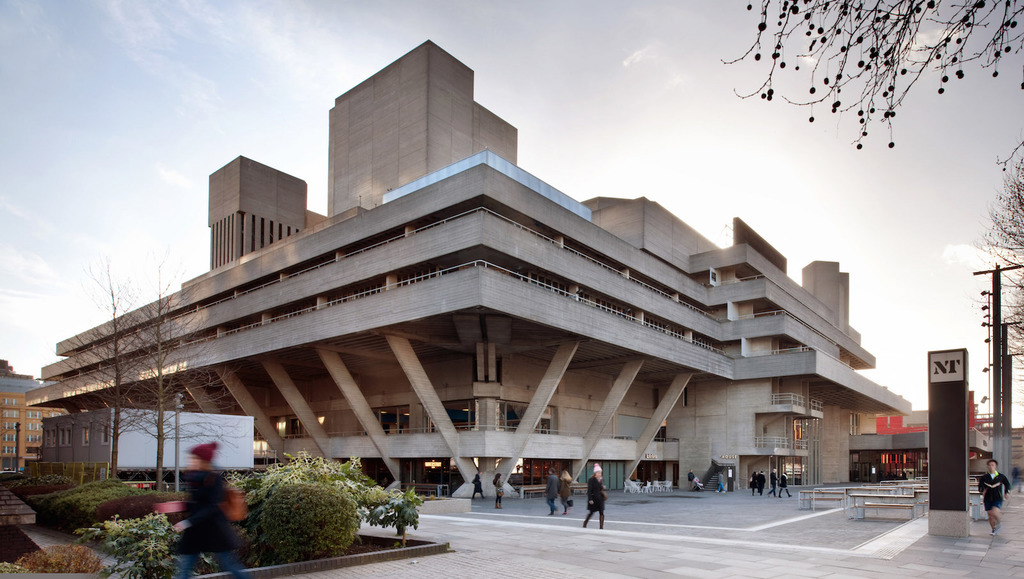 Designed by the architect Denys Lasdun, the National Theatre has divided public opinion since it opened in 1976. Prince Charles described it as “a clever way of building a nuclear power station in the middle of London without anyone objecting” and a Radio Times poll found it to be in the top five of both the most hated and the most loved British buildings. A neighbour of the Southbank Centre, the theatre may seem like a large hunk of concrete on the surface but once you look a little closer – especially at the beautiful board-marked concrete interior – you’ll come to realise its beauty. To get a real understanding of why the National Theatre is such an important icon of Brutalism, attend an architecture tour. 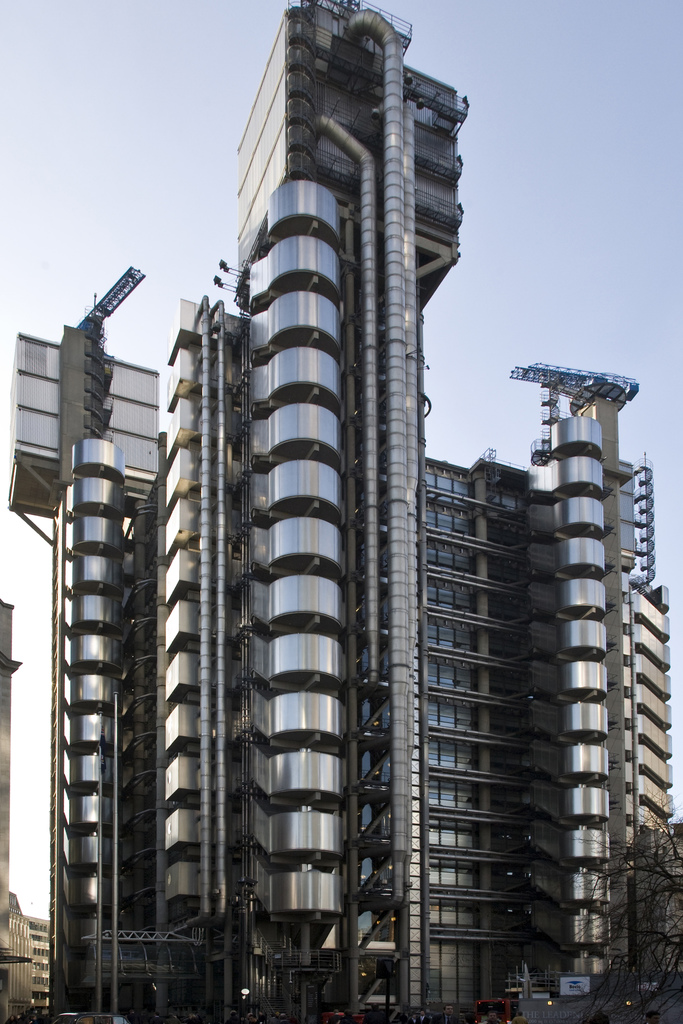 The Lloyd’s building, nicknamed the ‘Inside-Out Building’ | © The Lloyd's Building

An icon of High-Tech architecture, the Lloyd’s building was designed by Rogers Stirk Harbour + Partners – the minds behind the Cheesegrater and the Three World Trade Centre. Not too dissimilar from Paris’s famous Centre Pompidou in concept (another project Richard Rogers worked on with Renzo Piano), the structure was nicknamed the inside-out building due to all its services being placed on the outside, giving it a futuristic, machine-like exterior. The 1980s design became the youngest building to achieve Grade I-listed status, with The Architectural Review calling it “one of the most astounding artistic achievements of our time”.

Want more iconic buildings? Check out this walking tour of the top 20th-century landmarks in London.

This article is an updated version of a story created by Georgina Wilson-Powell.