Everything You Need to Know About the CONIFA World Cup

While footballing eyes are narrowing in on Russia and the World Cup, this summer sees London welcome countries overlooked by most. The 2018 CONIFA World Cup will see de-facto nations and ethnic groups battle it out on a platform that is rarely afforded to them.

As a competition that supports and promotes unrecognised nations, it’s not surprising that some of the countries involved may be a bit unfamiliar. While Tibet and the Isle of Man will be known to many, the likes of Abkhazia, Matabeleland and Cascadia may be a bit more unfamiliar. As well as the tournament itself, this is where you want to be if you need to find out how Western Armenia fell under Ottoman rule, or which administrative regions in northern Italy make up the proposed state of Padania.

You can dive into the tournament itself, or get a quick 101 on each country’s political status, history and demographics. You can find out where the Barawan diaspora are mainly based and why most of France’s Algerian community comes from Kabylie, a small region in the north of Algeria that played a big part in resisting French rule. 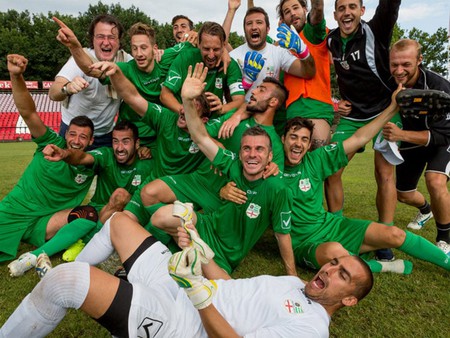 CONIFA – the Confederation of Independent Football Associations – was formed in 2013 to represent football associations that are not affiliated with FIFA. It hosts its own World Cup and European Championships. It has over 50 members and represents over 300 million people worldwide.

Paul Watson, a director at CONIFA, described the organisation as supporting “nations, de-facto nations, regions, minority peoples and sports isolated territories”. He continues, “There are strict guidelines on entry, but if you have a legitimate identity, historical precedent, linguistic and ethnic identity, we can’t say it’s not valid. Crimea, for example, meets the guidelines. Padania may not be people’s favourites (due to their hardline, right-wing politics), but who are we to decide who isn’t a country? The beauty is you can have Padania playing the Romany people, hugging and wishing each other well — where else would you get that? Football has that power that not many other things do.”

This summer’s CONIFA World Cup, the third edition of the tournament, features 16 teams, from North America, Europe, Asia, Africa and Oceania. Sápmi (a region traditionally inhabited by the Sami people and often referred to as Lapland) hosted the inaugural tournament in 2014, in Östersund, Sweden, with the County of Nice beating Ellan Vannin to become champions. Two years later, Abkhazia hosted and won the tournament after beating Panjab on penalties in the final. The ethnic Abkhaz side go into this year’s tournament as one of the favourites.

The tournament will be played between May 31st and June 9th. In some instances, multiple group games will be be played in the same stadium on the same day, meaning fans can make a day of it and watch back-to-back football.

Click here to find out when and where the games are being played, as well as a full list of the fixture schedule.

Although the official tournament hosts are Barawa, London plays the role of host on behalf of the Somalian region. Under the criteria set by CONIFA, the host heads up the organising committee for the tournament as a whole, but it doesn’t necessarily mean that they have to play all the games in that respective nation. This is, in part, because members simply don’t have the infrastructure, money or facilities to host an entire tournament (although this may not be the case for all CONIFA members).The Barawa Football Association represents members of England’s Somali diaspora, and as a result, the games will be across 11 stadiums in Greater London.

Opening Ceremony is at Bromley FC’s Hayes Lane stadium on May 31, followed by Barawa vs Tamil Eelam. The tournament closes at the Queen Elizabeth II stadium in Enfield, with the final, the bronze medal match and the closing ceremony.

Teams qualify through a number of different methods. Barawa qualified automatically as host nation, while most other teams qualify through winning a separate feeder tournament (such as the CONIFA Challenger Cup) or through a regional qualification process. There are two wildcard entries – Western Armenia and Tibet – and Tuvalu are at the tournament as a replacement for neighbours Kiribati, who were forced to pull out as a result of financial difficulties. 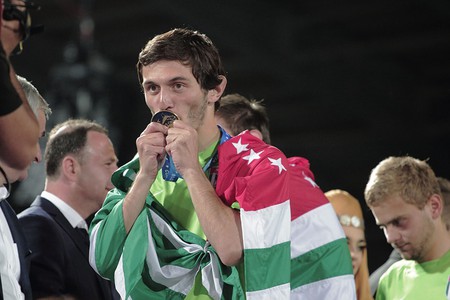 Who to look out for:

As reigning champions, Abkhazia are obviously a threat. They go into the tournament as second favourites (at the time of writing), only behind Padania. Unsurprisingly, the two nations are the only teams to have appeared in all three CONIFA World Cups, with half this year’s sides making their first appearance.

Behind the leading two are the likes of Panjab, Barawa, United Koreans of Japan and Kybalie. For true long shots look no further than Tibet or late additions Tuvalu and if you fancy a flutter you can head to Paddy Power, the official sponsors the tournament and one of the few bookmakers offering odds. Paddy Power will also be showing all the matches live through their facebook page. Whether you fancy a flutter or not, the tournament is an incredible chance to support nations and teams finally having their moment on the global stage.

Want to find out more, get involved, support or buy tickets? Head to the official CONIFA page.