8 Works Of Art That Shocked London 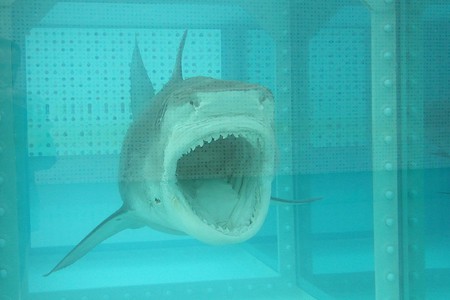 London has been host to a multitude of controversial and shocking art throughout the years by both British and international artists. Be it art shocking in subject, uncontroversial in medium, or art challenging the very meaning of art, London has seen it all.

Whilst Emin and Hirst have become almost household names among connoisseurs of controversial art, it may surprise some art lovers to learn that some of the most successful post-impressionist artists initially gained a frosty reception among London’s artistic circles. Painters featured in Roger Fry’s 1910 exhibition Manet and the Post-Impressionists, including Matisse, Van Gogh, Cézanne and Picasso, shocked viewers with their departure from realism and adoption of bright colours and simplistic strokes; one critic described the exhibition as ‘madness,’ ‘anarchy’ and ‘sickness of the soul,’ a far cry from their now revered status. 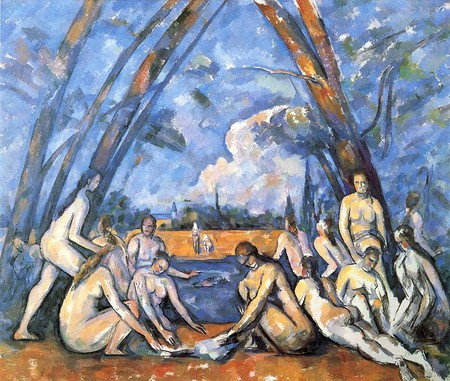 Blurring the boundaries between art and protest is performance artist Mark McGowan’s controversial Eating the Queen’s Dogs, consisting of the artist eating a corgi, famously claimed to be the royal family’s favourite breed of dog. The act of preparing and eating the dog, which was obtained from a breeding farm and had died of natural causes, was performed on live radio on May 30, 2007, and the action was repeated outside a posh café near Downing Street. McGowan, usually a vegetarian, performed this stunt to protest the royal family’s continued support of and engagement in fox hunting and to demonstrate the double standard with which the people view and treat animals in Britain.

Tracey Emin’s work covers a wide range of medias; of particular notoriety is her piece My Bed exhibited at the Tate in 1999 and recently sold at Christie’s for over £2.5 million. The piece consists of an unmade bed, spattered with various bodily fluids and adorned with condoms, empty booze bottles, dirty underwear — allegedly, the artist’s own bed in its original state during Emin’s time of suicidal depression. My Bed has been dismissed by many as distasteful and attention seeking, though others value the confessional, vulnerable quality of the work and the emotions it seems to capture. 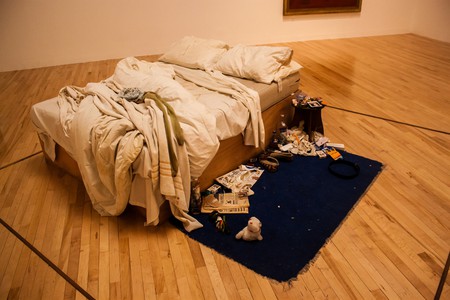 Canadian artist Rick Gibson’s work is no stranger to the grotesque, or challenging both taboos and the law. As a student at Goldsmiths College, in 1987, he exhibited a sculpture consisting of two dehydrated human foetuses at ten weeks of development, attached to earrings and displayed on a female mannequin’s head. The horror with which Human Earrings was received resulted in the seizure of the sculpture by the Metropolitan police, Gibson being formally charged for outraging public decency and his consequent expulsion from Goldsmiths.

Leading amongst the most well-known and controversial pieces of contemporary art today is Hirst’s infamous and iconic shark. The piece undoubtedly cannot fail to shock and even frightens viewers as they come face-to-face with the thirteen-foot-long tiger shark suspended in blue formaldehyde. The 1991 piece, commissioned by Charles Saatchi, cost £50,000 to create (not to mention the additional costs of replacing the poorly preserved deteriorating original shark in 2006) and later sold for an undisclosed amount rumoured to be within $8 to $12 million. The conceptual nature of the sculpture raises debate about the physicality and difficulty in defining art, echoing the controversy sparked by Duchamp in 1917 with his urinal Fountain. 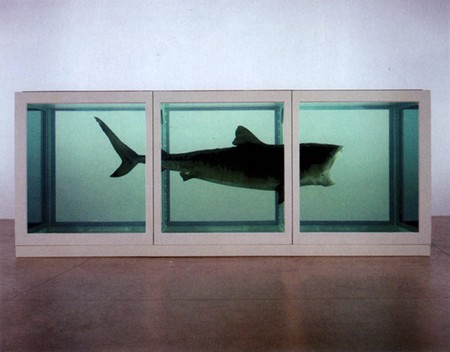 Damien Hirst, The Physical Impossibility of Death in the Mind of Someone Living (1991) | © dou_ble_you / Flickr

Perhaps the most hated painting London has ever seen is Marcus Harvey’s Myra — a blown-up depiction of the iconic photograph of Myra Hindley, responsible for the gruesome Moors murders of the 1960s and cited as the most evil woman in Britain. More controversial still than the subject matter is Harvey’s method, creating the image as a mosaic constructed from children’s handprints in black, white and grey paint. The painting, exhibited at the Sensation exhibition of Young British Artists in 1997, generated a wealth of hate mail and public anger and was vandalised twice before being placed behind a protective screen. Despite the macabre and hateful nature of the painting, Myra attracted hundreds of thousands of visitors and continued to be exhibited despite protests by parents of the Moors murders victims and Hindley herself.

Giving new meaning to the phrase ‘blood, sweat and tears,’ Marc Quinn may be responsible for one of the most dedicated self-portraits of all time with his Self, a frozen sculpture of the artist’s head made from nine pints of his own blood. The piece is ongoing, replaced every five years to document Quinn’s ageing process. Described by the artist as an ‘artwork on life support,’ Self is an example of Quinn’s preoccupation with themes of immortality and the changeability of the physical body and is one of the many examples of how the mediums available to fine art are expanding. 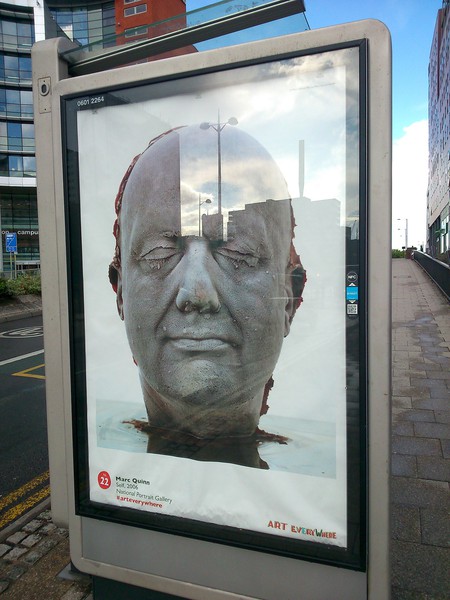 Brett Bailey’s 2014 Exhibit B was open for less than a week in London before protests forced the Barbican to cancel the exhibition. The installation piece consists of live black actors depicting scenes of the atrocities committed by European colonisers and current xenophobic policies in the EU towards asylum seekers. Many regard the work as insensitive and exploitative towards the performers, and many also challenge Bailey’s right as a white South African to address the issue of racism, interpreting his approach as further objectifying and dehumanizing. However, others claim the controversy surrounding Exhibit B is based on a misunderstanding of Bailey’s critical intentions, given that it has been previously exhibited peacefully elsewhere in Europe, and claim its closure at the Barbican translates as censorship.