12 Rising Artists From London You Need to Listen to 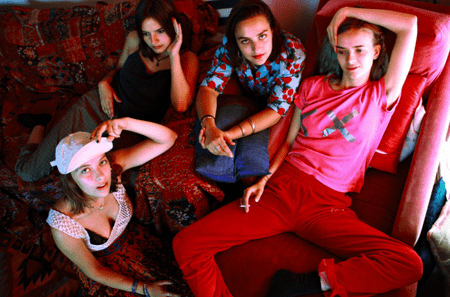 London may have taken a battering recently, but its music scene remains as vibrant and vital as ever.

There’s always been an unstoppable flow of fresh talent and new artists battling for your attention in the capital.

Here, we’ve chosen some of the very best acts for you to check out.

Hailing from Ladbroke Grove, AJ Tracey dropped out of a criminology degree at London Metropolitan University to give music a go. It’s paid off. Hell, he even got a shout out from none other than Drake for his punchy, socially conscious grime.

This much-hyped South London four-piece were signed to Rough Trade after just one single. Goat Girl make raw, DIY, riff-heavy guitar rock that has the raucous spirit of acts like Courtney Barnett, The Cramps and The Slits.

Stormzy’s cousin Nadia Rose hails from Croydon and made it onto the shortlist for the BBC’s Sound Of 2017. She used to write lyrics while working 12-hour shifts in a betting shop. Her debut album Highly Flammable is an energetic mix of dancehall, reggae and rap.

You may not know his name yet, but if you’re an A$AP Rocky fan, you definitely know his powerful voice. Joe Fox approached the US rapper one night while sleeping rough in London hoping he’d buy a CD. Instead, he put him on his album. Currently, the singer is working on his own debut LP – watched closely, of course, by his rapping mentor.

Born and raised in Peckham, 23-year-old singer Cosima’s stunning voice recalls the silky elegance of Sade while her soulful music is full of romantic yearning. No wonder she cites director Wong Kar-Wai as an influence.

The fashion promotion graduate grew up listening to Brandy and Destiny’s Child. Working from her bedroom in south London, Ojerime has produced three EPs to date filled with slinky, brooding R‘n’B – Silhouette, Fang2001 and The Refixes. She’s Brockley’s very own Aaliyah.

Streatham MC Dave raps about panic attacks and his family. He lists Hans Zimmer and Steve Jablonsky as his music heroes. Drake’s a fan. So much so that he released a remix of Dave’s track ‘Wanna Know’ for his radio show and sampled his voice on the More Life compilation tape.

S4U (Something For You) are a London collective of artists headed up by Rosita Bonita and Prinz George. They make catchy R‘n’B with their debut single ‘Twice’ earning them comparisons to the likes of TLC, All Saints and Erykah Badu.

Electro artist and former session drummer Georgia has music DNA in her blood. Her dad, Neil Barnes, was one half of dance act Leftfield. Her self-titled debut was a sleeper hit in 2015, and now she’s back with the thrillingly urgent, percussion-heavy track ‘Feel It’.