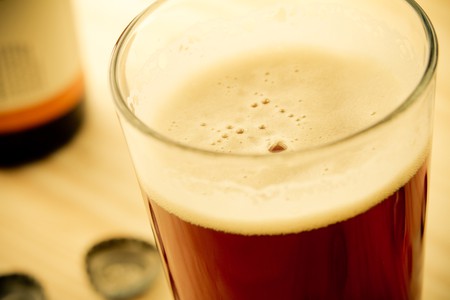 News out recently that Hofmiester – the bland, fizzy, weak-as-tea lager from the 1980s – is to be re-launched as a ‘craft beer’ sees The Culture Trip’s food and drink editor come over all nostalgic for the crazy world of 1980s British beer commercials.

Prior to the 1980s men, and pretty much only men, drank bitter. Then came an invasion of foreign lagers from all corners of the globe aimed squarely at the younger drinker. Your dad and grandad drank bitter, you and your mates drank lager. If you had your first beer in 80s Britain, chances are it was one of these.

Lamot
He-man and Battlecat nip out for a pint, narrated by Alien’s John Hurt, it ends with the line “Taste beyond time, smoothness beyond dreams” – the perfect post Dungeons & Dragons beer.

Hofmeister
A man dressed as a dancing bear was all it took advertise beer in the 80s. Nowadays that’s barely acceptable for a five year old’s birthday party, and it remains to be seen if the new Hofmiester will ‘follow the bear’.

Carlsberg Special Brew
Drunk by that mad mate of your older brother who’s now doing a stretch at Her Majesty’s Pleasure, ‘Brew was, and still is, lethal. Despite this, Waitrose sells it and even offers ’tasting notes’.

@foodjournalist summer 1995. In the park around the corner from school. Special Brew. I passed out after half a can.

Holstein Pils
Drunk by middle class young men who wanted to try and look cool, still available, just. And to think that Holsein Pils once commanded over 50% of the bottled beer market in the late 1980s.

Fosters
Part of the Aussie invasion along with Neighbours, Home And Away, and Dame Edna and pitched to look laid back and cool compared to us up tight Brits.

Castlemaine XXXX
Men, buying loads of beer, drinking beer and driving – all perfectly acceptable in the 1980s. Now, not so much.

Skol
Advertised by a cartoon Viking and his wife, amazingly still available at an underwhelming 2.8% abv.

Harp
Parody of the famous Nescafe adverts that ran throughout the first quarter of our lives. A popular choice for the underage drinker.

Kaliber
A non-alcoholic beer, no one knew anyone who drank it, despite a massive ad campaign featuring National Treasure Billy Connolly.

The irony of all these beers is that thought they often ‘originated’ from countries such as Australia, Denmark and Germany, they were nearly all brewed under licence in the UK. What we were essentially buying wasn’t so much beer as a recipe and advertising. In the glass, many them looked and tasted very similar (apart from ‘Brew, that’s still evil stuff).

But back to Hofmeister, I asked beer bloggers Boak and Bailey for their opinion on the return of the beer. “This is part of a particular kind of brand revival which has nothing to do with the original beer — it’s being brewed in Germany to a completely new recipe. As with the recent revival of the Watney’s and Whitbread brands, the idea seems to be to tap into some lingering recognition among drinkers who are too young to have ever tasted the originals, but who perhaps vaguely recall seeing the ads on ITV during episodes of Minder.”

But perhaps without these dreadful generic industrial lagers of the 80s and the adverts that promoted them, there wouldn’t have been something for the craft beer movement to rebel against. So here’s to you crappy beer!

What was your first beer? Tell us in the comments below.