The Real Legend of St George and the Dragon 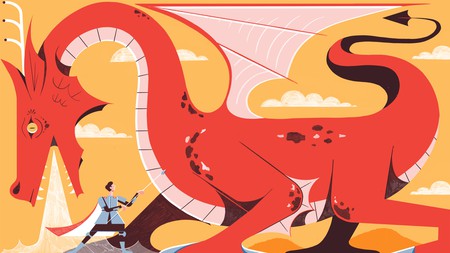 Saint George is celebrated across Europe as the patron saint of cities and countries. Hailed as a religious martyr, dragon-slayer and the prototypical knight in shining armour, how much of his legend is true?

As legend tells it, Saint George was a dragon-slaying Christian martyr; a true hunk by Medieval standards. While it’s a story that has captured imaginations, St George’s legacy involves much more than mythical beasts.

The Man: Who was St George?

St George is believed to be born in Cappadocia, in modern-day Turkey, sometime during the late third century to Christian parents. While not much is known of his early life, St George’s legendary status really begins after he became a soldier in the Roman Army under Emperor Diocletian. Military employment suited George well until Diocletian began implementing a religious cleanse that saw the expulsion and execution of Roman Christians.

Depending on how the story is told, Diocletian tried to tempt St George’s conversion with the promise of wealth and power before he was executed – alternate versions say the execution came after seven years of torture. But in all versions, St George’s determination to keep his faith resulted in the Christian conversion of others. Following his decapitation in AD 303, George was hailed as a hero and a saint across the Christian faith, but it would be another 900 years before any dragons got involved. 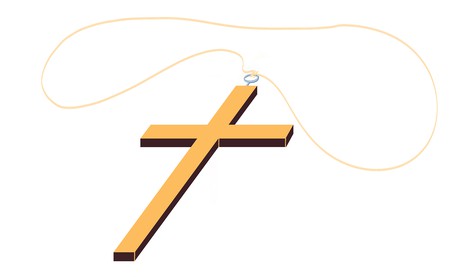 The Legend: Did St George really kill a dragon?

The religious crusades that plagued the 11th and 13th centuries brought about a resurgence of popularity for the saint. St George’s martyrdom and military service made him an appealing figure to invoke for protection and guidance. As such, the red-on-white cross that crusaders – most notably the Knights of Templar – wore is also known as St George’s cross. At some point around the 11th century, this revival of St George also resulted in the legend he is most famously associated with.

According to folklore, St George rescued a princess who was about to become dinner for a dragon that had settled near the city of Silene – allegedly in modern-day Libya. As luck would have it, St George was passing through and saved the princess by beheading the dragon. His bravery is said to have inspired people in Silene to convert to Christianity. A great story, but more fantasy than reality.

A tale of a noble Christian soldier coming to the rescue of a princess fit perfectly with Medieval notions of chivalry and courtly love – ideas that became the driving ethos behind Western Christianity’s notions of civility and social order. These ideas were also popularised by the legends of King Arthur and his knights and tempted a pious King Edward III to create his own Arthurian court. It’s no surprise that in 1344 when Edward III created his own chivalrous knightly order, the Order of the Garter, St George was named as their patron saint. It remains the most prestigious British order of chivalry today. 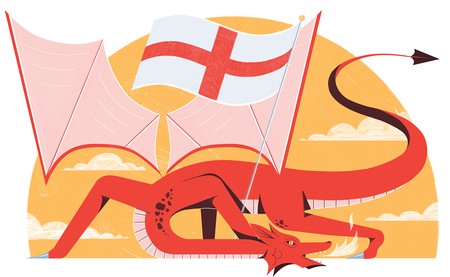 The Legacy: What is St George’s Day?

Thanks to his Medieval revival, St George became a popular patron saint. The red-on-white cross is emblematic of the English and Georgian flags and even features on the badge of FC Barcelona.

On 23 April, communities around the world celebrate the saint’s feast day. In England, pubs are adorned with the English flag. The Order of the Garter also announces new knighthoods on this day at St George’s Chapel in Windsor Castle – the same chapel where the Duke and Duchess of Sussex wed in May 2018.

In the Catalonia, where the holiday is called La Diada de Sant Jordi, the celebration has romantic connotations – no doubt influenced by St George’s heroic legend, which in some cases ends with him marrying the saved princess. In Barcelona, booksellers and florists take over La Rambla for the festivities, where men traditionally hand out roses and women offer books.

St George’s Day has the most significance in Georgia, where celebrations take place twice a year – 6 May and 23 November. The holiday has special religious significance in Georgia because St George is attributed with bringing the Christian faith to the region. Mass services are held at churches built in his honour, and Giorgi (George) remains one of the most popular male names in the country.

Whether he slayed a dragon or not, St George’s legacy has endured for over a millennia. His legend still serves as the prototype for our notions of Medieval bravery, and his martyrdom is a source of strength for modern Christians.

This article is an updated version of a story created by Esme Fox.