The Best Hotels to Book Near Sudeley Castle 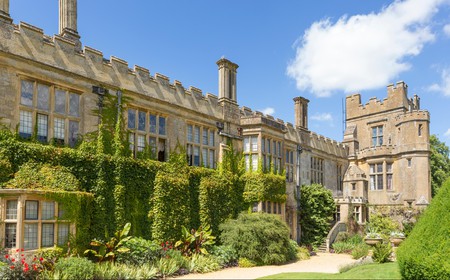 Stay in the heart of the Cotswolds and explore the former royal estate of Sudeley Castle, where kings and queens stayed, battled and died over the ages. Today, it’s a great focal point for a UK stay in one of these lovely hotels, bookable on Culture Trip.

With a history spanning over 1,000 years, Sudeley Castle has welcomed – and in one case, served as the final resting place of – royals throughout the ages, not least Henry VIII and more than one of his wives. Restored to its former glory in the 19th century after two centuries of dereliction, the castle is now surrounded by 10 beautiful gardens, exhibitions and an adventure playground for children – while the surrounding Cotswold countryside makes a great base filled with fantastic hotels, just north of the busy English city of Cheltenham. 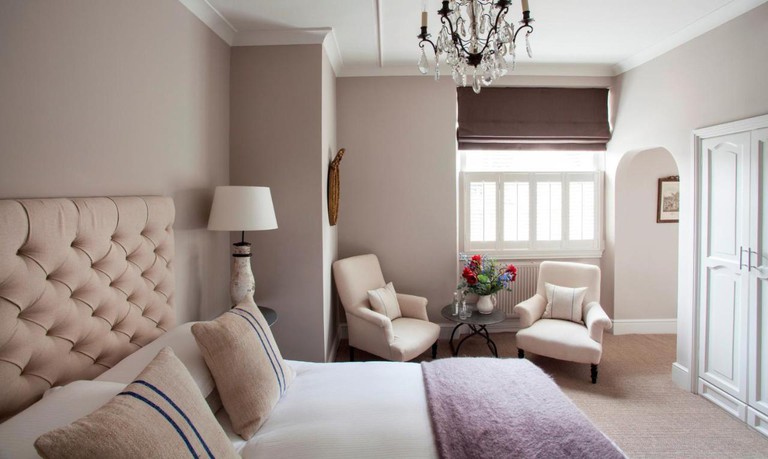 Perhaps unsurprisingly, the Lion Inn has gone for a feline theme, with garden huts named after Aslan, Nala and Simba. It’s a nice touch, and a pleasant setting for an outdoor breakfast or evening meal. Guests may also enjoy a Safari Stay package – in conjunction with two local inns – which includes an à la carte breakfast, a spa town visit and a countryside stroll. You probably won’t see any of the Big Five but you will get up-close with a whole lot of attractive flora and fauna. 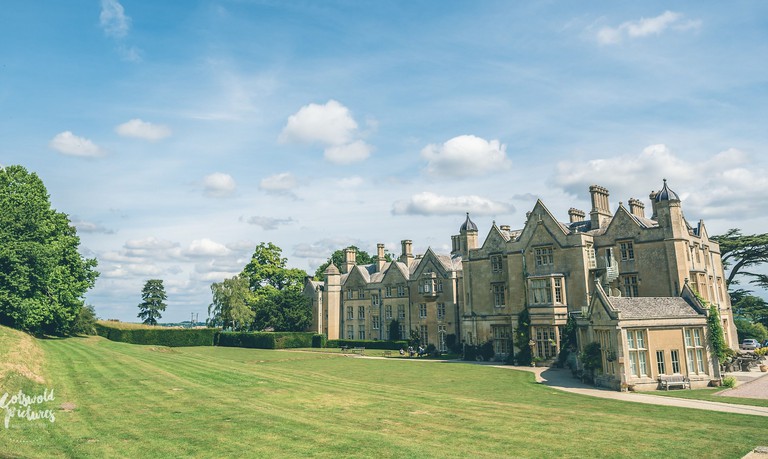 To say Dumbleton Hall Hotel is historic would be quite an understatement. Famous guests include former Poet Laureate John Betjeman and the Mitford sisters, while the building itself is Grade II-listed, making it one of the more storied stays on this list. A traditional Cotswold manor house, Dumbleton Hall’s 19-acre gardens make for an idyllic countryside retreat. Meanwhile, the hotel is a convenient launchpad to the cities of Gloucester and Worcester, as well as Shakespeare’s birthplace, Stratford-upon-Avon – which is a 30-minute drive away. 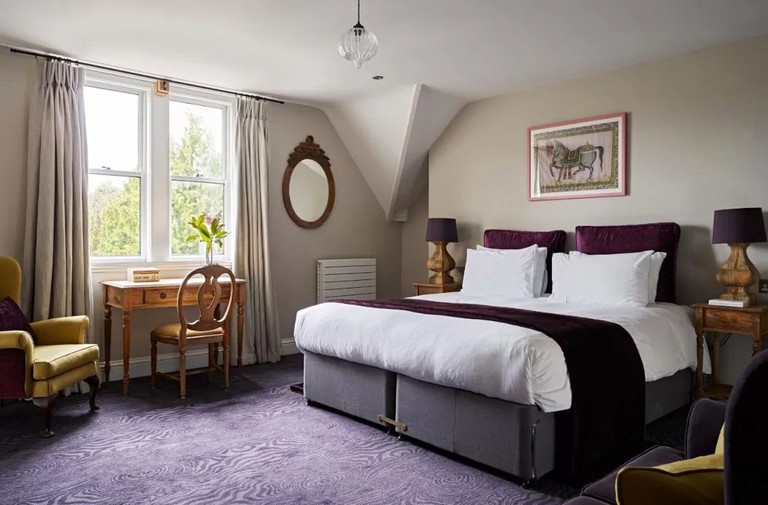 In Cheltenham’s leafy Pittville suburb, Cotswold Grange Hotel sits between the Gloucestershire town’s centre and its historic racecourse. A good choice for anyone wishing to visit Cheltenham’s restorative spa, the hotel has elegant guest rooms with high ceilings and hardwood furniture that lend a townhouse feel. Its location, just a mile from the Cotswold Way National Trail, makes an ideal starting point for exploring the region’s spectacular countryside. 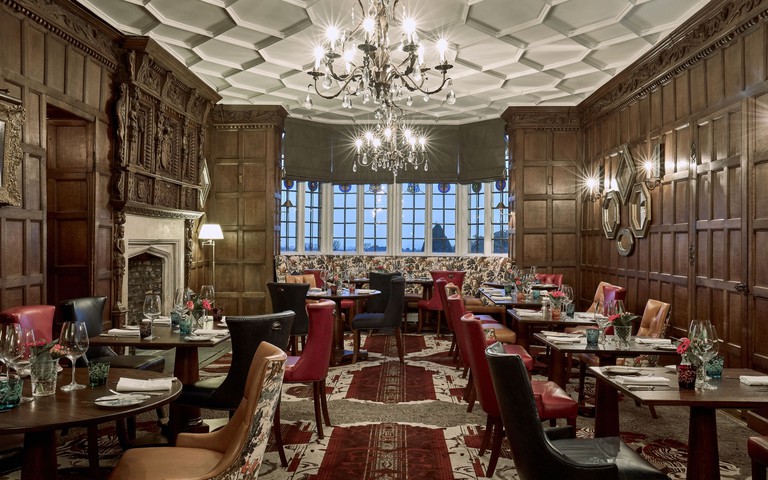 With an outdoor pool heated year-round and an indoor spa fitted with jacuzzi, sauna and steam room, Ellenborough Park is perfect if relaxation is your game. Just over a 10-minute drive from Sudeley Castle, the hotel offers a range of treatments to chill you out, including hot stone massages and cleansing salt scrubs. Following a 2017 facelift, it now also has a five-star country pub, the Horse Box, as well as a cocktail bar and lounge in the Atrium, in addition to a new restaurant. 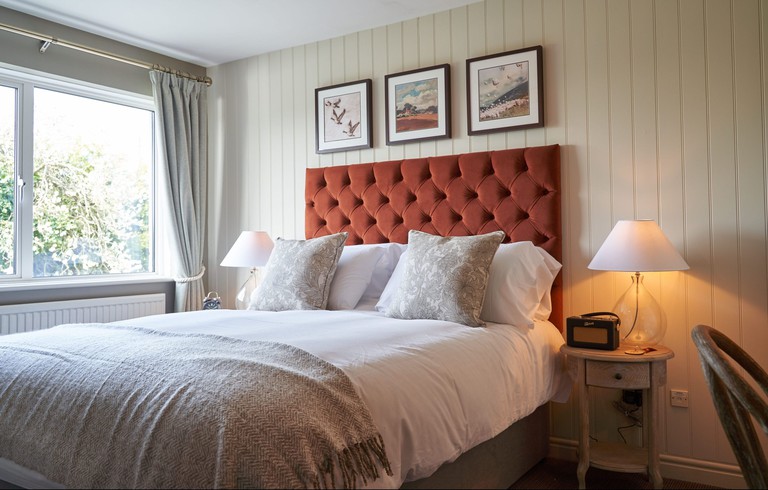 A refurbished 19th-century pub, the Beckford Inn offers guests a spacious beer garden with heated pergola terrace alongside 12 boutique ensuite rooms. Managed by Butcombe Brewing Co, the hotel is located in the historic market town of Tewkesbury and its traditional pub – with stone floors and log-burner open fires – is a great place to enjoy seasonal dishes made from fresh, locally sourced ingredients. They’re best served with one of Butcombe’s award-winning craft beers, real ales or a local cider. 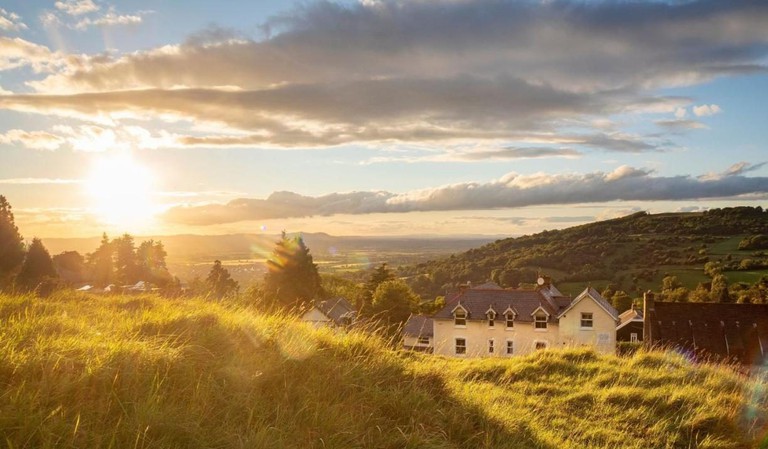 Sitting at the peak of the Cotswolds, Cleeve Hill Hotel offers panoramic views of the Malvern Hills and is great if you want to explore the surrounding countryside. Guests have access to over 1,000 acres (404ha) of natural beauty in next-door Cleeve Common, where you can pick between leisurely rambles or set walks. There are a number of towns nearby, including Winchcombe – well known for its antique shops and cosy cafes – and larger Cheltenham, just a short drive away. 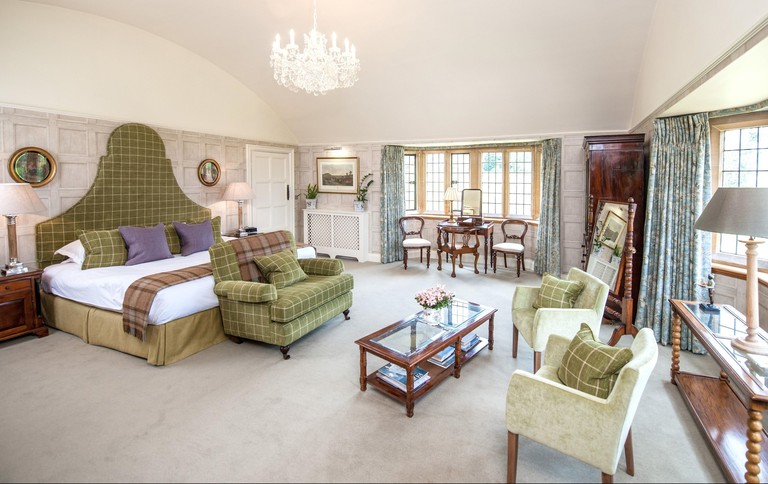 Dating back to the 13th century, Buckland Manor has 15 rooms, each furnished with crisp white linen, fine fabrics and antiques that remind you of its medieval past while showing how much it’s moved on since the Dark Ages. There’s a touch of refinement in the hotel’s smart casual dress code, at dinner or Sunday lunch, which is justified by dishes made using local ingredients from the Vale of Evesham as well as herbs from the hotel’s own garden. It’s all paired with wines from the hotel’s very own cellar – something worth dressing up for, we reckon. 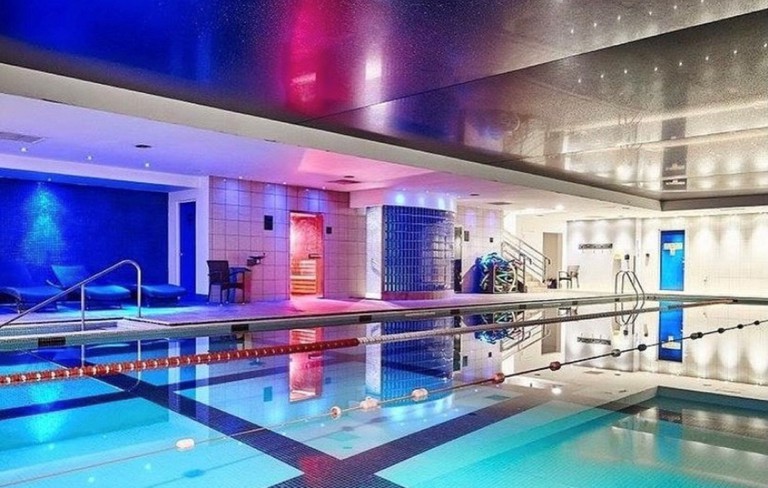 Just a few minutes’ walk from the centre of Cheltenham, Clarence Court Hotel is ideal for a weekend city break, with easy access to the city’s Pump Room concert venue, Pittville Park and Racecourse. Housed in a building once owned by the Duke of Wellington, the hotel retains its historic grandeur, but is now a modern hotel with a swish bar and a restaurant known for its laid-back approach to dining – a perfect choice if you’re into a more casual atmosphere. 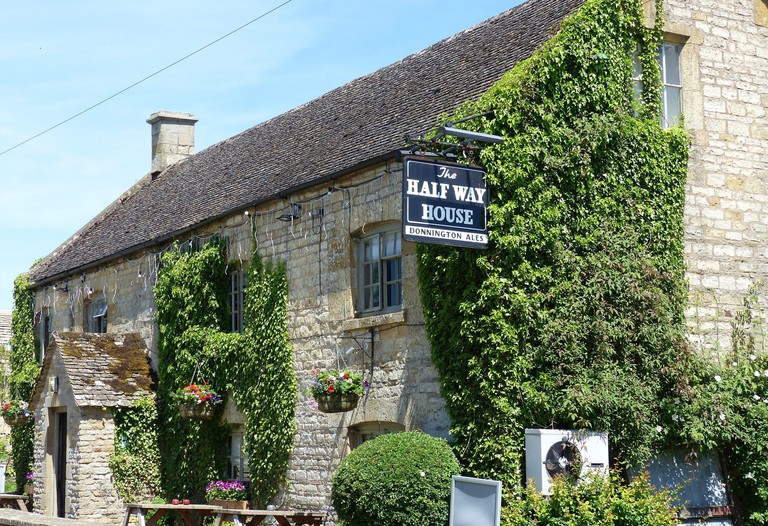 On the banks of the River Windrush, Kineton’s the Halfway House is a 17th-century inn previously owned by Oxford University’s Corpus Christi College. A traditional pub, its dishes are made mostly with locally sourced ingredients, while the pub is a popular spot to sample the region’s real ales. Less than 15 minutes in the car to Sudeley Castle, the hotel is also close to the Cotswold Farm Park, a unique conservation area dedicated to sustainability and protecting some of Britain’s rarest breeds of animal. 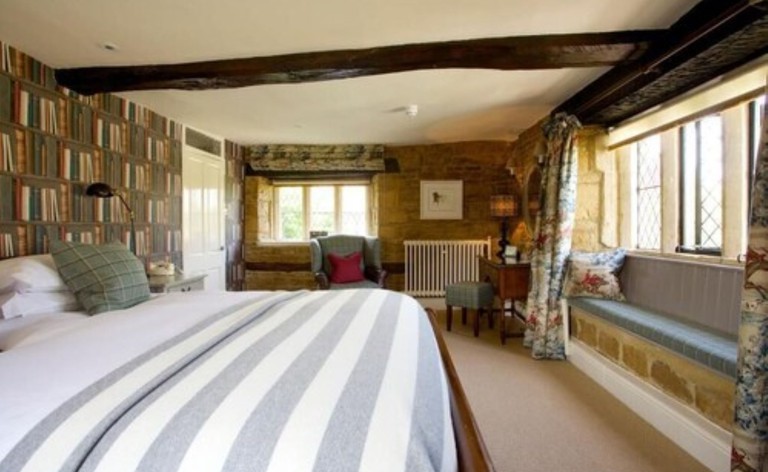 Each room at the Broadway Hotel is named for a previous Cheltenham Festival winner, while the property itself dates back to 1575. If it’s available, opt for the Abbots Room – the most spacious of the hotel’s rooms, it features an oak, king-size bed and a window seat that overlooks the town’s village green. And there are a number of attractions nearby, including Broadway Tower and charming Cotswolds towns such as Winchcombe, Chipping Campden and Stow-on-the-Wold.

If you’re looking for somewhere with more privacy, the Cotswolds has several apartments and holiday rentals that’ll make you feel at home. Or, for those wanting to bring their four-legged friends, discover the best pet-friendly hotels the area has to offer, now bookable via Culture Trip. Treat your hounds whilst visiting some of the oldest buildings in England, with many walks and pubs dotted across the region perfect for canines.