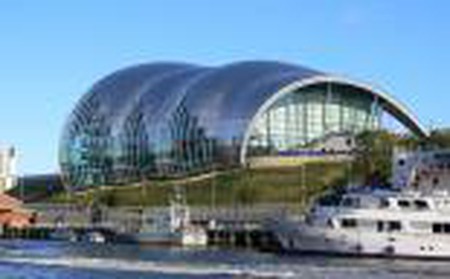 Whilst England’s North East is often reduced to its history of mining and industrialisation, today the region boasts several thriving cultural hubs that offer a unique insight into England’s artistic identity. From Gateshead’s Baltic Centre to the ‘living’ Beamish Museum, these creative institutions have transformed the North East’s cultural landscape. 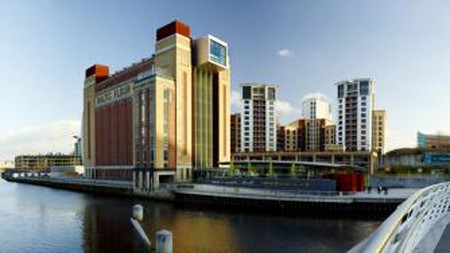 © The Baltic Centre for Contemporary Art

The North East’s contemporary art powerhouse, The Baltic is an enormous gallery housed inside an old flour mill. This venue, which opened to the public in 2002, is distinct in its policy of holding no permanent exhibitions, creating a constantly changing and electrifying atmosphere. Internationally acclaimed, The Baltic is renowned for its ambitious projects, displaying the cutting-edge of both international and British art, and in 2011 it was the first non-Tate institution to host the prestigious Turner prize. The Baltic also runs Baltic 39, a contemporary art hub in the heart of Newcastle. 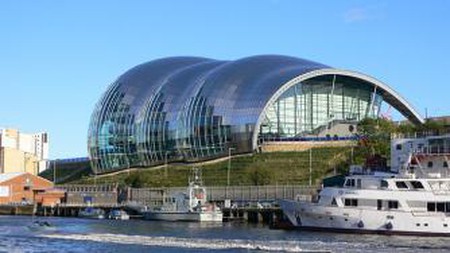 Managed by the North Music Trust and set in a landmark building designed by Lord Foster, Sage Gateshead is an iconic music venue that supports and presents an exciting range of music genres. From pop to jazz, and experimental to folk, Sage Gateshead is one of the best places in the North East to experience world-class performances, offering scores of concerts and holding a number of festivals throughout the year. Not only a venue, Sage Gateshead also offers a range of supportive and educational programmes that help enthusiasts of all ages to learn instruments, meet other performers and accelerate their careers into the music industry. 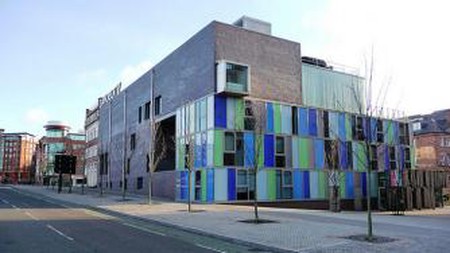 Opened in 1991, Dance City is one of the leading organisations dedicated to dance in England’s North East. Awarded the status of being a ’National Portfolio Organisation’, Dance City runs a multifaceted programme of internationally acclaimed performances, classes, workshops, and tertiary educational facilities. This all-encompassing agenda allows the organisation to support the industry, inspire audiences, nurture performers and influence the future of dance. Housed in a purpose built venue since 2005, Dance City is a must-visit for all dance enthusiasts. 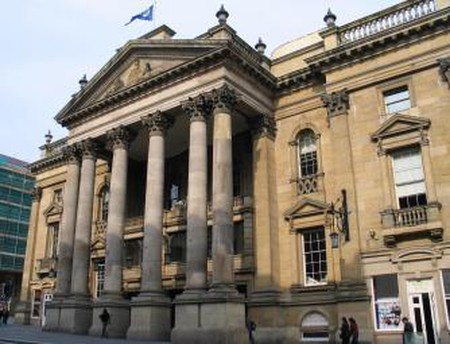 Located in ‘one of the most historic, cultural landmarks in the country’, Theatre Royal is an icon in England’s dramatic world that has presented an array of famous actors and practitioners since it first opened in 1837, including Keane, Irving, Olivier, Dench, Orson Welles, Charlton Heston and Jack Lemmon. While the theatre’s Grade I listed architecture is remarkable in itself, it is the institute’s status as the regional home of Britain’s most esteemed organisations (the Royal Shakespeare Company, the National Theatre, Opera North and Rambert Dance Company) that gives it the reputation being of one of the greatest theatres in England. 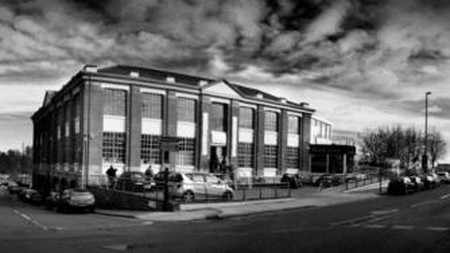 Regarded as ‘the largest independent art gallery outside of London‘, The Biscuit Factory is housed in a historic Victorian warehouse. The gallery is renowned for the wide range of works it displays, from fine art to designer home-wares and from sculptures to prints, and it focuses on creating an atmosphere where both art enthusiasts and passionate art buyers can enjoy this vast display. The Biscuit Factory organises four main exhibitions each year, representing hundreds of acclaimed and emerging artists each season. 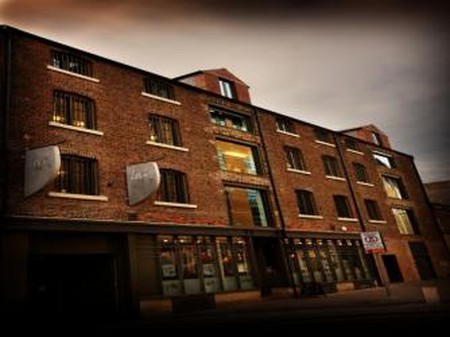 Now in its 40th year, Newcastle’s Live Theatre has always focused on bringing theatre to new audiences and exploring the culture of the North East through live performance. The theatre is proud of its past and present repertoire that has explored contemporary working class life in the region. This local focus led the venue to concentrate on the importance of new writing and today the theatre stands as a meeting place for theatre professionals, emerging talents and passionate enthusiasts. Through both its stage seasons and its educational programmes Live Theatre continues to inspire new generations of theatre lovers in England’s North East. 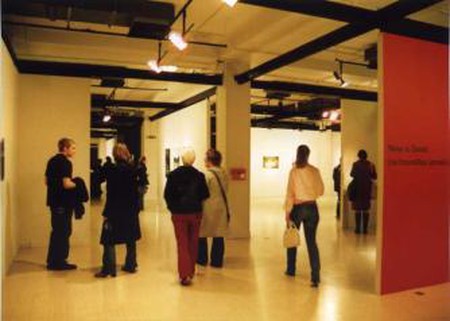 The older sibling of the Baltic, Sunderland’s Northern Gallery for Contemporary Art was the largest contemporary art venue in the North East before the Baltic opened in 2002. Exhibiting cutting edge works by globally acclaimed artists, the gallery aims to bring international art to new audiences. Acclaimed as ‘one of the most flexible gallery spaces in the UK’, the gallery displays a wide range of art mediums and its grid of ceiling-mounted screens allow the space to change and adapt to any desired shape. 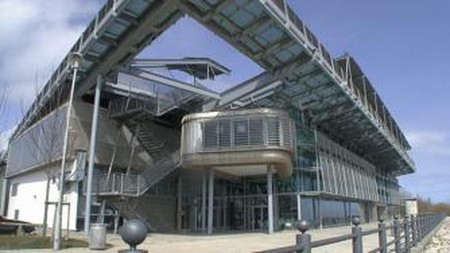 Sunderland’s seaside location and natural reserves of coal and limestone have made the art of glassmaking one of the area’s oldest and richest industries, and today the city is the proud home of the National Glass Centre. A part of the University of Sunderland, the National Glass Centre is at the forefront of both research and practice in glassmaking, and the venue offers exhibitions of world-renowned artists as well as informative demonstrates, presentations of the history of the art and educational courses. 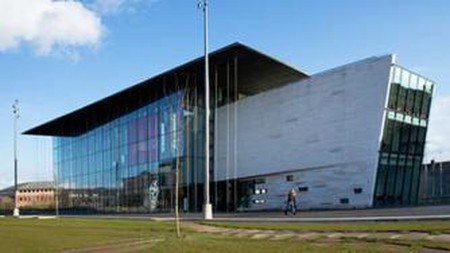 Set in a stunning building in the centre of Middlesbrough, MIMA opened in 2007 as a new modern and contemporary art haven for the North East. Presenting contemporary work alongside 20th-century art, the gallery rotates its permanent collection in order to continually re-evaluate its exploration of art, highlighting new perspectives and offering fresh insight. The venue also holds many temporary art exhibitions by internationally acclaimed practitioners in its multiple gallery spaces. 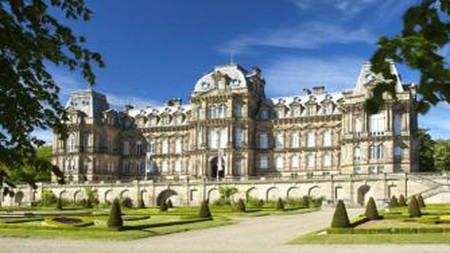 Although considered a hidden treasure of the North East, the grandeur of County Durham’s The Bowes Museum is anything but concealed. Designed by Jules Pellechet from France and John Edward Watson of Newcastle, the building is a French style chateau, and interestingly was the first in England to be built in metric measurements. Created and owned by John and Joséphine Bowes in the 19th century, the couple dreamt of building a world-class museum to introduce international art to the locals of the area. Holding a mesmerising collection of works, the museum stands today as the realisation of John and Joséphine’s dream and also tells visitors of their inspiring story. 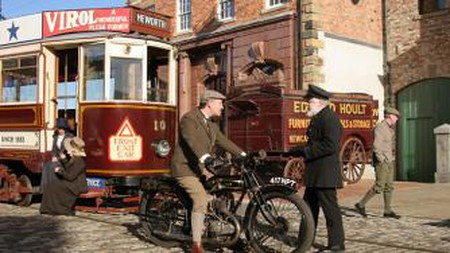 The Beamish Museum is a ‘living museum’ where visitors can experience the life and culture of the North East in Georgian, Victorian and Edwardian times. Expanding over 300 acres, this enormous open-air venue has won multiple awards and has influenced many living museums around the world. Displaying everything from transport to lifestyle, and from agriculture to the progression of technology, visitors will truly feel like that they have travelled back in time with the many authentic buildings and replicas, as well as the cast of costumed actors who offer information about what these eras were really like. 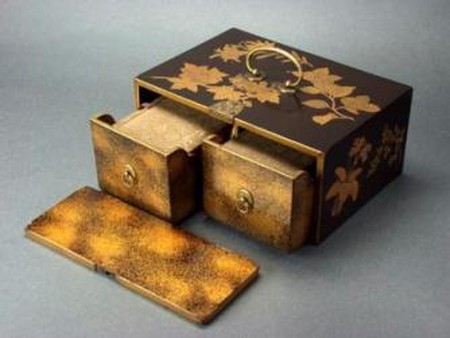 Acclaimed as ‘the only museum in the North of Britain devoted entirely to the art and archaeology of the Orient’, Durham’s Oriental Museum is an outstanding destination for Asian and Middle Eastern art and history. Holding tens of thousands of artefacts, the museum was founded in 1960 to support Durham University’s School of Oriental Studies. In its 50 year history it has evolved into a museum of ‘national and international importance’, and today arguably holds the country’s finest Chinese and Egyptian collections. The museum has a newly opened permanent Korea gallery, presenting artefacts that date as far back as the Unified Silla Dynasty (668-935 CE).

For more cultural venues in England’s North East, Tyne & Wear Archives & Museums is a major regional museum, art gallery and archives service which supports and offers information about other great destinations, including the Discovery Museum and the Laing Art Gallery.