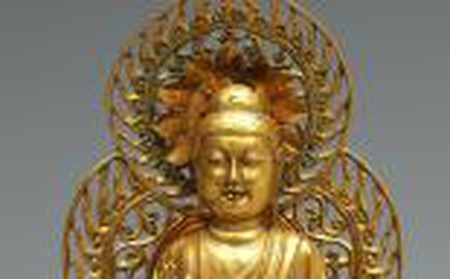 The Korean peninsula’s tumultuous contemporary history belies a prosperous past in which the ancient kingdom of Silla, which unified the warring factions of the peninsula, was renowned for its riches. Silla was particularly famous for the artifacts and regalia its craftsmen created out of gold and their skill in molding this luxuriant material is revealed in an exhibition at New York’s Metropolitan Museum of Art entitled Silla: Korea’s Golden Kingdom. 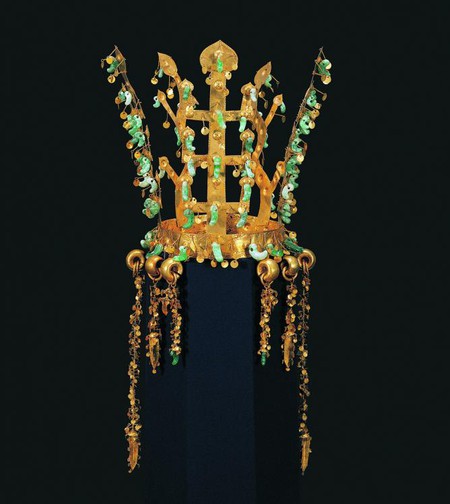 The Kingdom of Silla began life as one of the many small dominions which proliferated across the Korean peninsula in the 1st century AD, but developed over the course of the next five centuries into the most powerful and richest kingdom on the peninsula. Its establishment of a centralized monarchy, an aristocratic class and its unification of Korea were immensely influential in the development of Korean identity, and the eventual emergence of a Korean state. Silla reached its peak between 400 and 800 AD, following King Naemul’s establishment of a hereditary monarchy and the annexation of the Eastern Kingdom of Kaya. This period of military and political dominance marked the emergence of a refined and opulent aristocratic culture and the development of the craftsmanship for which Silla would become legendary, and which is displayed in all its glory in the Silla: Korea’s Golden Kingdom exhibition. 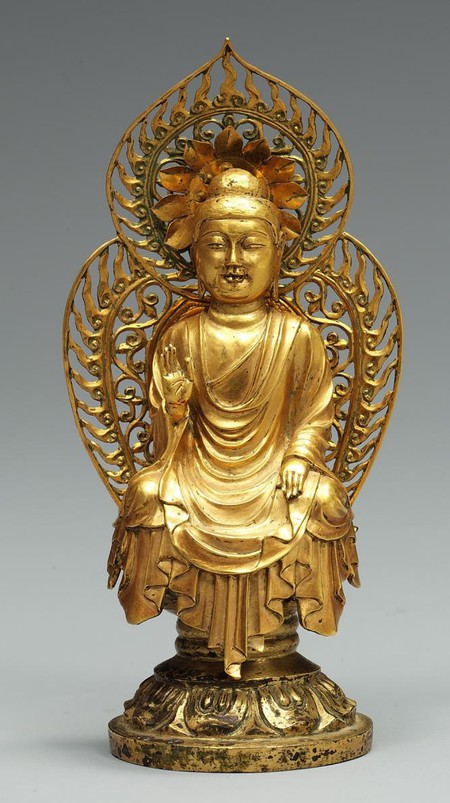 The artifacts on display at the Metropolitan Museum of Art’s exhibition reveal not only the skill and artisanal ability of Silla’s craftsmen, but also the values of the aristocrats who commissioned these pieces, and the spirituality and significance with which they were imbued. The majority of the extant Silla relics were excavated from the tombs of aristocrats in the Kingdom’s capital of Gyeongju and thus also offer an insight into the beliefs and practices which surrounded burial ceremonies and which informed people’s understanding of the afterlife. The items found in these tombs, the largest of which contained a double burial of a king and queen, reveal what the Silla rulers wished to carry with them from this life to the afterlife. Artifacts such as gold regalia, including a crown-and-belt set, gold and glass-bead jewelry, vessels of clay and precious metals, horse trappings and fittings for riding, and weapons were all regularly interred with the dead, as a means of ensuring a bountiful afterlife.

An intriguing aspect of the Silla artifacts excavated from aristocratic tombs is the number of foreign made luxury goods, including pieces from as far away as the Mediterranean, such as Roman style glass vessels. These reveal that the seemingly hermetic Silla Kingdom in fact existed in an already globalised society, in which international trade was well established. The trade routes which brought these items from the West to Korea were also conduits for cultural exchange, as the flow of traditions and practices, as well as inventions and ideas, from China into Korea now reveal. Buddhism was one such idea, which travelled from India through China to Korea and eventually Japan. It was officially adopted by the Silla Kingdom in 527, and initiated a complete transformation in Silla society and culture, which influenced the creation and use of the gold items that they so prized in this culture. What were once decorative regalia became spiritual icons and reliquaries, and the statues from this latter period are devoted to the worship of Buddha and other transcendent beings. 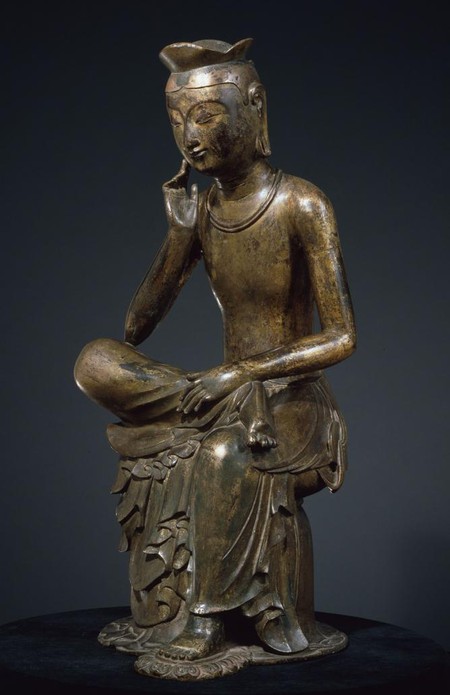 The Metropolitan Museum of Art’s Silla: Korea’s Golden Kingdom exhibition reveals a new side to ancient Korea, illustrating both the cultural riches of this early society and the changes that swept over the peninsula over the course of the Silla Kingdom’s existence. Organized in connection with the National Museum of Korea, Seoul, and Gyeongju National Museum, it is a vital piece of cultural exchange which tells a story most Western viewers will not be aware of. It deepens our collective understanding of the relics of the past, and the complex nexus of religion, culture and power which brought them into being.