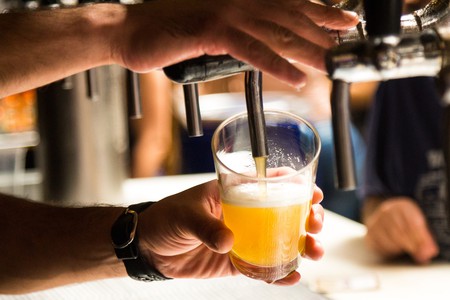 Beer is the most popular alcoholic drink in the world, and yet most people don’t know what’s in it or how it’s made. Beer writer Pete Brown finds out in his new book, Miracle Brew: Hops, Barley, Water, Yeast and the Nature of Beer. We met the author to find out more.

Culture Trip: What lead you to write this book? 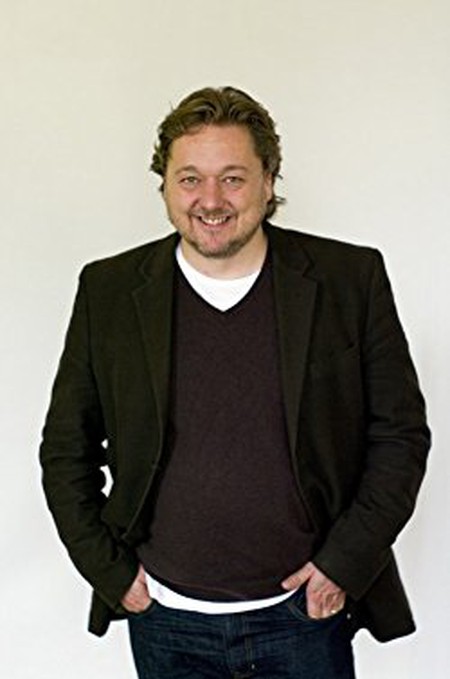 Pete Brown: Well my first book was kind of a social history of beer, and my second was a travel book about beer. I seem to specialise in missing lucrative non-fiction genres by about a year to 18 months. And so I missed the narrative non-fiction boom in social history, and I also missed the boom in humorous books. Two years ago I was saying ‘what literary non-fiction uptrend can I miss next’? And Shepherd’s Life was the number one non-fiction bestseller and H Is For Hawk won the Costa Prize, so I thought ‘nature writing, I’ll just miss nature writing by a couple of years’, which I think I’ve just succeeded in doing.

So, Miracle Brew, is a nature and science book about beer, which is the most popular alcoholic drink in the world. Only tea, coffee and water are more popular than beer. Yet most people who drink beer don’t have any idea what it’s made of, which just seems weird to me. Everybody knows that you make wine from pressing grapes and cider from crushing apples, but it’s crazy that so little is known about a drink that’s drunk by billions of people on a daily basis. And so I decided to dig into the stories behind the four main ingredients, and it was an amazing journey. It was really wonderful meeting farmers, maltsters, hop growers, water chemists and yeast wranglers.

CT: I love the yeast wrangler. Is it the official job title? 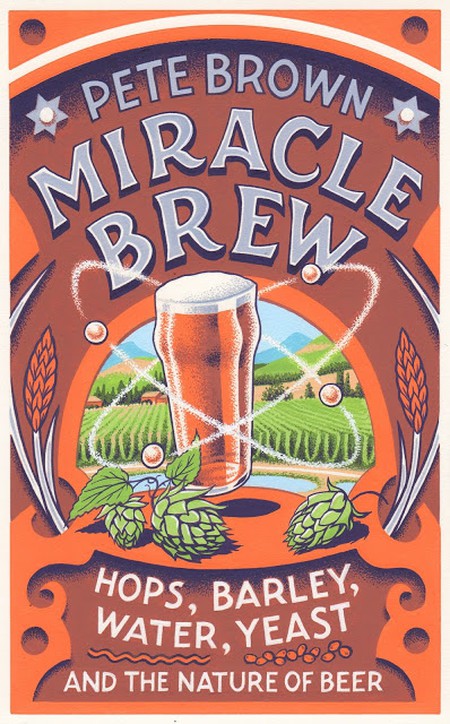 PB: It’s not, no – but that’s what they do, they collect yeast. There’s a national collection of yeast cultures in Norwich because during World War II, a lot of breweries got bombed. You lose your yeast when that happens, which means no more beer. So those guys at Norwich, they’re just really fantastic and spend their lives looking at microorganisms.

CT: What I never cease to be amazed by is just how focused and dedicated people can get, and specifically with beer.

PB: I know craft brewers who have tattoos of experimental hop varieties on their on their wrists; it’s just incredible the passion it inspires.

CT: Beer’s changed a great deal over the last five, 10 years, yet there seems to be a conflict between what we might loosely call the ‘rural’ CAMRA set, and the ‘urban’ tattooed craft beer set. Do you think there’s a difference there?

PB: I think they are a lot closer than they care to admit. There’s a craft beer forum on Facebook that said:

CT: In your travels what do you think is the perception of British beer?

PB: If you talk to beer lovers anywhere else in the world, they hold up English cask ale brewing as one of the great brewing traditions of the world. Talk to an American craft brewer and they’ll say ‘only British brewers can get that much flavour, complexity and subtle nuance into a beer at 3.8% ABV. We’ve got to make our beers at 7% ABV maybe, to get that kind of depth’. And yet Britain is the only country that goes ‘yeah real ale – it’s shit, it’s old, it’s farty, it’s boring, and it’s not as good as American craft beer’.

CT: And yet despite this, pubs are closing every month. Do you think that with mail order, well stocked supermarkets and specialist retailers now, people need to go to the pub at all?

PB: Well I think they evolve with the people. Pubs always reflect our aspirations, and the simple fact is that we need fewer now than we used to. People ask me if that means the death of the pub, no it doesn’t. You can mail order the best craft beers in the world to your door and have them for half the price, but sitting on your sofa watching telly, drinking those beers is simply not as good as drinking them in the pub.

PB: The thing about a good one is that it’s so much more than the sum of its parts. I wrote a book last year that profiled 50 great pubs and I found that every single one, without exception, is run by someone for whom it’s not a job, it’s a vocation. And they go far beyond anything that they could be expected to do just as an employee, such as being up at 6am to do the deliveries and then still being up at 2am for a lock in with the locals.

PB: You’ve also got to be really good entrepreneur, savvy marketer and good on food and drink and good on hygiene. You’ve got to have excellent people skills both in terms of your staff and in dealing with customers. You’ve got to be really shit hot on regulation and dealing with councils, the police and that kind of stuff. I mean anybody who’s got all of those skills in abundance should be running a massive company and on a quarter of a million a year. But they choose to run a pub. We rely on those people to go way above and beyond the call of duty and do things that you couldn’t possibly ask them. There will always be places where you’ll go: ‘I’m going here to buy a pint for five pounds, instead of the shop next door, where I can get four cans for six quid’.

CT: George Orwell had the Moon Under Water, what’s your ideal pub?

PB: I had a perfect one, which I still love, called the Coopers Tavern in Burton on Trent that’s as close as I’ve found to Orwell’s Moon Under Water. And when he’s going through his different criteria of what makes the perfect pub, I sort of interpreted those slightly, so he says ‘you’ve got to have porter served out of pink porcelain mugs’, and I re-interpret that as ‘you’ve got to have good beer served out of the right vessel’.

CT: So ‘sleeve’ or ‘hand grenade’ glass, which do you prefer?

PB: Hand grenade for me, and when you get a choice, that’s perfect. Orwell then says they’ve got to serve liver sausage sandwiches, and I think, ‘I don’t want liver sausage’, but I do want a range of well done bar snacks. And so the Coopers in Burton has pretty much all of that, except a beer garden. Orwell’s favourite pub scored eight out of 10 in his criteria. The Cooper scores nine. And then…

PB: I found a pub in Dorset, on the coast, called the Pig’s Nose, and I’m pretty convinced it’s magical. We were camping in a field just across the hill from it and I half expected to go back there the following morning and for it to be gone, with just an old man walking his dog. And upon asking him about it, he’d say something like: ‘Pub? There ain’t been no pub here since the Great Fire of 1850’ – but that’s what it was like. It was just impossible, people walked in and became better versions of themselves.

CT: I sometimes wonder whether the perfect pub is a question of what time you’re in there, so what time of day do you visit?

PB: Well by necessity, I ended up doing most of my research at about three or four in the afternoon. That’s when they’re quiet and I think it’s when a good pub will speak to you because it’s like, ‘okay there’s not many people in here’. And a really great one will still have atmosphere. The Pig’s Nose is different because it was a weekend, and the most riotous Saturday night I’ve ever had.

CT: What’s the total amount of pubs you’ve been to?

PB: Oh God it’s thousands, I’m in on average two or three every day. Because I work freelance and between meetings, or if I’m waiting for a train, then it’s where you go. I get a lot of my best work done in pubs.

PB: There’s a new one just opened round the corner from my house last weekend called The Axe in Stoke Newington, which I’m just absolutely loving. The Ivy House in Nunhead, South London. It was the first community-owned pub. Finally, one that I discovered when I was doing my book is The Seven Stars in Holborn, which is run by this former Ronnie Scott’s front of house lady called Roxy Beaujolais. That’s a pub that comes into its own in the middle of the afternoon.