Little did Lewis Carroll know, the un-extraordinary summer day he rowed along the River Thames with three young daughters of a good friend, that the incredibly imaginative tale he spontaneously created for them would become a literary classic. Later transcribed as Alice’s Adventures in Wonderland, the legacy of Carroll’s story would endure for decades to come, and provide the inspiration for countless films, books, songs and works of art.

It was the 4th July 1862, when Carroll – reportedly a shy and eccentric man who taught mathematics at Oxford University, took the three young children of his friend, Henry Liddell on a boat-trip down the Thames. From what has since been deduced from his diary entries, he spontaneously thought-up a comical and ridiculously outlandish story to humour them.

In short, a young girl called Alice (after one of the Liddell sisters herself) accidentally tumbles down a rabbit-hole into a bizarre fantasy-world where she encounters various anthropomorphised creatures, a mad-hatter hosting a very weird and very wonderful tea-party and an erratic Queen of Hearts who enjoys playing croquet with flamingo mallets. Years later, Carroll recalled the tale and chose to develop and transcribe it. 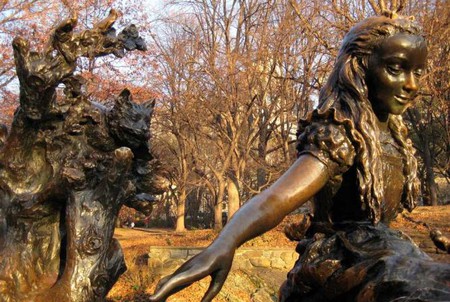 The published version, accompanied by the illustrations of John Tenniel (from whose original visual interpretations few – if any – have deviated over the years), was an immediate success, adored by adults and children alike. Even the infamously difficult-to-impress Queen Victoria was amused. Alice in Wonderland was sheer escapism – completely absurd yet wonderfully colorful, uplifting and infinitely inspiring.

But, as is perhaps inevitable with any successful work of art – be it literary, theatrical or cinematic, in years to come Carroll’s tale would be subject to immense scrutiny. Critics and academics pored over the story, dissecting its every line in desperate attempts to uncover a potentially coded, more profound and perhaps sinister hidden meaning. An exceptionally intelligent and evidently well-read man, it is likely that Carroll drew upon various influences in the creation of his own tale. Indeed, the book is filled with various literary and cultural allusions as well as a number of mathematical problems, brainteasers and riddles that are left frustratingly unanswered. Carroll seems to delight in his own clever creativity, leaving his readers to deliberate and dispute as to their solutions and connotations. 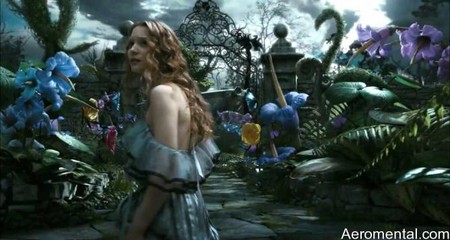 Of all the analyses offered of Carroll’s work over the years, two of the most wide-spread (though not particularly favourable interpretations) include reading into the psychedelic nature of his protagonist’s experiences as the result of Carroll’s own use of hallucinogenic drugs. Perhaps even more cruelly, many have questioned the nature of the author’s relationship with the ‘real’ Alice – the daughter of a friend to whom he first recited the tale, and accused him of paedophilia.

Alice in Wonderland is indeed an enigma, and it is unlikely that any but its late author will ever fully understand its true connotative meanings. However, this is undoubtedly a significant part of its appeal. For more than a century now, the story’s ambiguity and complexity has invited various artists – from film and theatre directors to fashion stylists, dancers, photographers and other writers – to offer up their own interpretations of Carroll’s tale. Walt Disney and Tim Burton are just two of the cinematic legends who have made film adaptations of Alice’s story, Russian model Natalia Vodianova has posed as the young heroine for Vogue, and Spanish–American sculptor José de Creeft sculpted a bronze statue in her honor, which stands in New York’s Central Park. The Queen of Hearts, the wonderfully-weird mad-hatter and the grinning Cheshire cat have each enjoyed a substantial amount of fame too, and are something of cultural icons. 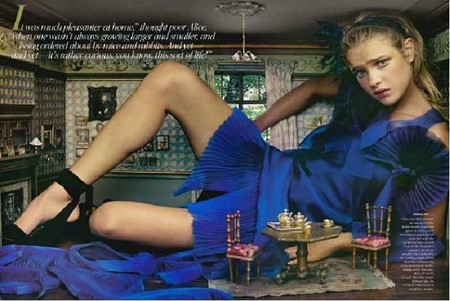 The very nature of these interpretations is equally fascinating. Disney’s cheerful, family-orientated animation is accompanied by much singing and dancing whilst Burton’s 2010 version, starring Johnny Depp and Mia Wasikowska, is a much darker affair. Alice in Murderland meanwhile, casts the Jabberwocky as a terrifying, murderous villain. Salvador Dali created 12 illustrations based on the novel, that are as surreal and perplexing as Carroll’s original tale, whilst American pop sensation Taylor Swift once appeared on stage as a glitter-and-sequin-clad Mad Hatter. London boasts a befittingly-eccentric boutique shop dedicated to Alice paraphernalia (Alice Through the Looking Glass) as well as a cocktail club and quaint, yet quirky Wonderland-style tea-room at the Sanderson Hotel.

It is rare that a children’s story should have such timeless and worldwide appeal – even more extraordinary that it might be light-hearted, profound, sinister, fashionable, beautiful and bizarre all at once, permeating practically every aspect of popular culture imaginable. Alice and her truly remarkable legacy will surely endure for centuries to come – the charming young protagonist and her Wonderland friends are forever immortalised not just in Carroll’s books, but in countless interpretations and adaptations too.