Edinburgh, Paris, London, Prague — you’ve heard about them. Europe is rife with cities that have fascinating literary connections, whether as the birthplace of stars, the setting for our favorite stories, or simply as places that love their reading. All of these cities and towns have one (or all) of those to offer, so it’s up to you to choose where to start. Grab your paperbacks or Kindle and get moving. 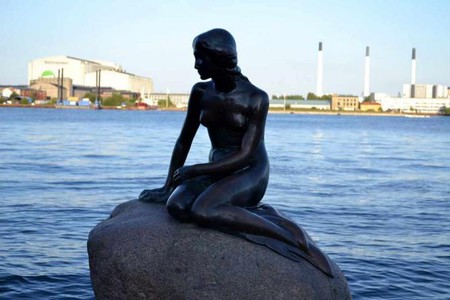 There are few authors who, in just six published works, have been able to capture the hearts, minds, and dreams of so many – so it is fitting that the home of one of them would top off this list. Jane Austen wrote several of her works in a house in the village of Chawton, near Alton, England, and it is now open as a museum for her millions of fans. For those of us who have ever wanted to hang out with Emma or find our own Mr. Darcy, this is an absolute must.

Florence is often rightfully recognized for its connections to the world of art, but it wasn’t just Michelangelo and the various Medici beneficiaries who were at work there. Dante spent the majority of his life there, and his ties to the city are evident in much of his writing, including the Divine Comedy. Walking around the city, you’ll have numerous opportunities to feel in touch with this greatest Italian poet, whether in his neighborhood, the piazza where he is said to have spent much time writing, or the empty tomb with his name on it in Santa Croce church, still waiting expectantly.

If you’ve been to Copenhagen, there are at least two pictures that you probably have – the little mermaid, and yourself sitting on Hans Christian Andersen’s lap. Before we got to Jane Austen or Dante, we listened to fairy tales, many of which form the very basis of our literary consciousness. You may not exactly remember the stories themselves, but you remember the messages from tales like The Ugly Duckling and The Princess and the Pea. To get in touch with this part of your inner child, to remember the stories that welcomed you in the world of reading, you have to go to Copenhagen. 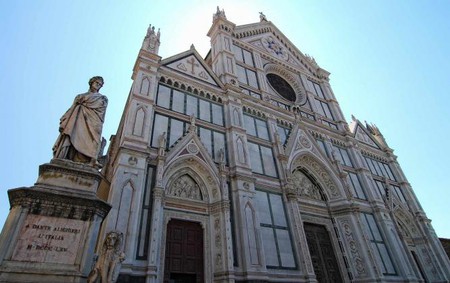 Frankfurt is important to German literature for two reasons. Johann Wolfgang von Goethe, one of the most influential German writers ever, was born here, and visitors can visit the house where he grew up and began writing. In a more contemporary vein however, Frankfurt’s annual Book Fair is the most important one out there both for writers and sellers. The general public is invited to the last two days, where they can come to hear talks by authors from the country that is playing the role of ‘guest of honor’ in whichever given year. If you decide to try it out this year, expect to find yourself surrounded by Indonesian literature.

You may never have knowingly come across any Finnish literature, but that’s no reason to leave this country off the list. Tampere was home to Tove Jansson, a prolific Swedish-speaking Finnish writer, painter, and cartoonist. Her cartoons are what you’ve most likely seen, as she was the creator of the Moomins, a family of trolls who have to cope with increasingly deep and psychological problems. If you’ve ever enjoyed one of the books or movies featuring the Moomins—or if you just want to find some whimsy—then Tampere Art Museum Moominvalley is where you need to go.

Rarely has one writer had such an impact on his nation’s collective consciousness as Czech writer Jaroslav Hašek had on the Czechs. Born in the Czech lands when Austria-Hungary still ruled, Hašek experienced World War I at the front and then survived to write The Good Soldier Švejk.Švejk, a bumbling fool whose success never comes the way you expect it will, has for better or worse become one of the most beloved characters in Czech literature because of the way his spirit also somehow expresses the spirit of the nation. Hašek wrote much of Švejk and then died in Lipnice, so you can find his grave and monument there, in addition to the yearly Festival of Humor and Satire. 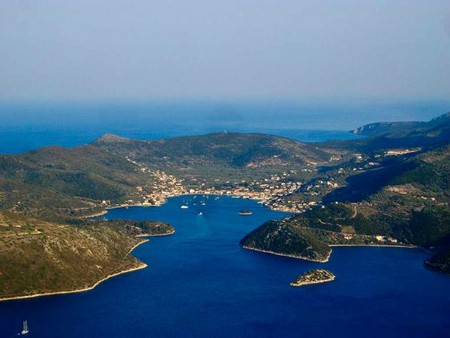 As the Portuguese capital, Lisbon is the only place to come if you want to throw yourself into the little-known world of Portuguese literature. However, one Portuguese writer, José Saramago, rose to the top of the world literary scene in recent decades, even winning the Nobel Prize 1998. His book Blindness and its companion Seeing, along with several others, captured the imagination of millions, and Lisbon will allow you to put yourself into those stories. The José Saramago Foundation is now in a beautifully redone 18th century building in Lisbon that you can also visit.

As if you needed more motivation to go to a Greek isle, the island of Ithaca is where Odysseus’ wife Penelope is said to have waited for him in the Odyssey. While the tiny island doesn’t have quite the same prominence that it did during the Bronze Age, Ithaca is the place where Homer’s age-old poetry will feel the most alive. While there is some debate about whether Homer’s Ithaca and the modern island of the same name are actually the same place, historical records of the island having that name would point to that being the truth – and either way, you can find a statue of Odysseus in Ithaca’s capital city, Vathy.

Some may say that it’s gotten a bit touristy because of its connection to a well-loved book, but you should still take the time to visit this lovely corner of the Swiss Alps. Maienfeld is where the children’s book Heidi, which is also probably the most famous work of Swiss literature, is set, and it brings in tourists from all around the world for that reason. You can hike around the same hills that have inspired so many generations of song (and yodeling), try out the delicious fondue that the country is known for, get some of the best views that the continent (and even the world) has to offer, all while communing with a favorite childhood character. 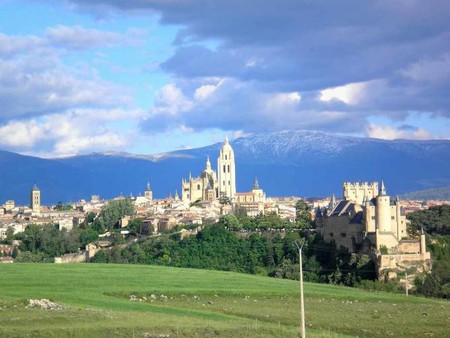 In 2013, Krakow was named the UNESCO City of Literature – and for good reason. It was home to not one but two Nobel laureates in literature, Czeslaw Milosz and Wislawa Symborska. Grab one of their volumes of heart wrenching poetry and wander around the city, where you’ll come across more second-hand bookstalls and inviting book shops than you can count. If you come at the right time, you might find the Conrad Festival or the Milosz festival, which both bring in authors from all around the world to show off their stuff.

Segovia. Even the name has a romantic ring to it. A visit to this stunning city in the Castile and León region of Spain will surely inspire you to take out a pen and start writing yourself – and you wouldn’t be the first person to have felt that way. In and around Segovia is where Ernest Hemingway’s masterpiece, For Whom The Bell Tolls, was set, in the trying times during the Spanish Civil War. You will also find monuments to several poets who called the city home, but it is Hemingway whose name will stick out the most to lovers of the world’s great literature.

Russian literature is an extraordinarily deep well, but there is one name who usually rises to the top of the list: Leo Tolstoy. Yasnaya Polyana, which means ‘Bright Glade’, is the estate where Tolstoy lived his life. Although it is located close to the city of Tula, this loner of a writer preferred to spend as much time as possible in his ‘inaccessible literary stronghold’. The Soviet Government first made it into a state museum in 1919, very soon after his death, and it has remained one ever since. Both Anna Karenina and War and Peace were written here, so budding writers really might get something simply out of breathing the air.