PACIFIC
/
AMERICAN SAMOA
/
Things to Do 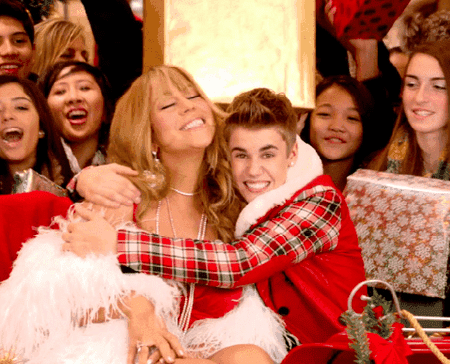 It’s nearly Christmas (yay!), which means you’ve already been bombarded with festive tunes for at least a month now.

But not all Yuletide songs are classics. In fact, some have been downright terrible.

Feast you ears on this sorry collection of terrible Christmas tracks – one for each of the 12 days of Chrimbo.

This joyless dance track, which samples classics like ‘Deck the Halls’ and ‘The Little Drummer Boy’, is sure to send you gaga. Oh, and there’s even a reference to her vagina as a delicious Christmas tree in the true spirit of Xmas.

Mariah Carey and Justin Bieber – ‘All I Want For Christmas’

Sure, adding Justin Bieber to a hit song worked for ‘Despacito’, but in the case of ‘All I Want For Christmas’ – a bona fide Christmas classic – it just sucks out all the magic, especially once you’ve watched the creepy video featuring a 17-year-old Biebs and Mariah Carey dressed as a sexy Mrs Claus.

The Killers – ‘Don’t Shoot Me Santa’

How about a rock dirge about a murderous boy begging Santa to not shoot him? No? Good choice. The spoken word interludes from Father Christmas really don’t help things either.

A track so slick and innocuous by Justin Timberlake and his old 90s crew that it’s destined to be played to death in some suburban department store for years to come.

Aqua – ‘Spin Me a Christmas’

Danish band Aqua tried their best to be more than a one-hit wonder beyond ‘Barbie Girl’, but sadly this abysmal festive Eurodance track, ‘Spin Me a Christmas’, wasn’t going to be the one to do it.

The Cheeky Girls – ‘Have a Cheeky Christmas’

The Cheeky Girls take on Christmas and the result is frankly terrifying. Even the snowman in the video looks scared. Our ears have not recovered.

TV’s Bo Selecta somehow managed to rope in a veritable who’s who of Z-list celebrities for this abomination of a festive song. Only listen if you want Christmas ruined for you irrevocably in six minutes.

Tiny Tim – ‘Santa Claus Has Got the AIDS’

The cringe factor is strong with this ‘joke’ track – surely one of the most tasteless Christmas songs ever recorded – which revolves around Santa Claus getting AIDS. Hilarious.

Duck the Halls – ‘Santa Looked a Lot Like Daddy’

The cast of US reality television series Duck Dynasty (yeah, we have no idea either) released a full-length Christmas album Duck the Halls: A Robertson Family Christmas and this was one of the many, erm, treasures on there.

Here’s a cheerful Christmas tune for you about a child pleading with his alcoholic father not to get pissed and pass out under the tree again. Because family drama is what Chrimbo is all about.

It’s the Biebster again making another bid to come up with a Christmas classic and failing with this insipid R&B/reggae-lite track that has the singer crooning to his ‘shorty’.

Bon Jovi rock out on this cover of Clarence Carter’s 1968 song, turning up the raunch levels with lyrics like ‘I make all the little girls happy/While the boys are out to play.’ What would grandma say, huh?