11 Ukrainian Fashion Designers You Should Pay Attention to 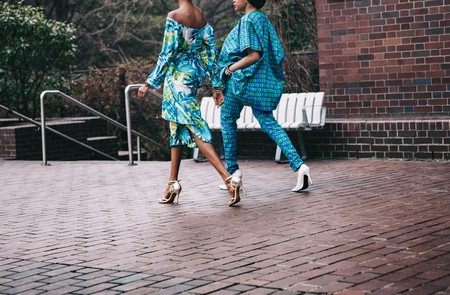 Lately, Ukrainian designers follow the popular trends and celebrate the common aspiration to the comfortable, minimalist and exclusive apparel. Creating collections, some are guided by rich experience, while others listen to their own desires. But the results are worth discovering. Here, we suggest the top 11 designers, genially welcomed by the world’s fashion community.

The brand of the same name is created by designer Lilia Poustovit. Her masterpieces are always in-demand, as she was the one who changed the stereotypes about ethnicity in fashion. She is also among the most successful designers in the country, who dresses all the local beau monde. In her 40s, she occupies the 75th place in the rating of the 100 most influential women of Ukraine.

Paskal is famous in Ukraine and worldwide due to its clear geometric lines and unexpected cutting. It was 2010 when Ukrainian designer of clothes and accessories, Julia Paskal, first presented her label. Currently, Paskal is the only Ukrainian brand participating in the official program of the Paris Fashion Week. Her apparel is sold at the most prestigious luxury market retailers such as Luisa Via Roma and Colette. Meanwhile, popular singer Björk posed in the Paskal blue fringe suit during a photoshoot supporting the release of her new album, Utopia.

Victor Anisimov was one of the first designers who presented a men’s collection at the fashion week in Ukraine back in 1997. Distinctive features of the fashion designer’s style are universally military – since the designer himself is a former military man – and clothes-transformer. For instance, the sleeves of the jackets can be easily unstrapped, or the hood can be tied around the neck as a stylish scarf. Victor Anisimov creates things that he would like to wear himself, therefore, the designer is the undisputed leader in Ukrainian fashion.

The style of Svetlana Bevza can be recognised in minimalism and comfort. When creating a new collection, she always tries to achieve simplicity in everything. The dresses of the brand are total must-have in the wardrobe of any woman – like a little black cocktail dress. Since 2007, Bevza participates in the Ukrainian Fashion Week twice a year. Moreover, her styles are presented in multi-brand boutiques of the United States, Russia, Great Britain, China, Milan, and also in the many showrooms of Ukrainian cities.

Litkovskaya is also a minimalist label, sought-after by the youth of the country. It is aimed at women with an independent and bold sense of style, craving freedom. In 2001, Lilia Litkovskaya was awarded the prize of the best fashion designer in Ukraine. Today, the latest collections of her brand can be found in Kiev, New York, Paris, Los Angeles, Tokyo, and Moscow showrooms.

The name of Zalevskiy in Ukraine is associated with constant defiance, provocative images, incredible fashion shows and decorations. It is not surprising, as the designer is a makeup artist by education. His collections have hints of self-irony, expressed through contemporary makeup and extraordinary hairstyles, accompanied by different artistic performances.

Masha Reva is the most striking Ukrainian designer, who can brag about numerous achievements, despite her young age. She is a successful graduate of the Central Saint Martins (London art school), worked as an intern at Walter Van Beirendonck and Antwerp Royal Academy of Fine Arts. Her clothes are sold worldwide, she collaborates with streetwear brand Syndicate, and creates prints for dresses and T-shirts as an illustrator, while Sergei Polunin (Ukrainian ballet dancer) models for her collections.

Irina Dzhus is a Ukrainian fashion designer of conceptual apparel. She creates clothes of nonstandard forms and always features the alternative solutions of design. She is defiant of bright colours and contemporary trends. Thus, Dzhus is an exceptionally comfortable, practical and aesthetic wear, which, nowadays, is more favoured by the foreign market than a local one.

Fashion designer Ksenia Schnaider is a true professional, as she gained her degree not only in the Kyiv National University of Technologies and Design, but also in the Central Saint Martins and Istituto Marangoni (art and design institutes in London). She owns two clothes labels: a democratic one called X’U and the one of the same name – Ksenia Schnaider. Recently, pop singer Lady Gaga and world’s top model Bella Hadid were seen wearing her designs.

Lake Studio brand is headed by two creative Ukrainian ladies Olesya Kononova and Anastasia Riabokon. Their collections are full of architectural motifs, exclusive prints, gentle silhouettes and warm, deep shades. It is the only brand in Eastern Europe that participated in The Platform project by Moda Operandi (online fashion retailer), which discovers and promotes the growth of young labels all over the world.

Vladimir Podolyan is a Ukrainian designer, who creates beautiful feminine clothes. He is always devoted to the colour black, yet with close attention to detail. In his collections, you will find elegant suits, lush skirts, and ruffles that make his works of art quite peculiar and special. Podolyan is a brand that will fit any woman with an active rhythm of life, so inherent to a modern metropolis.