The Coolest Neighbourhoods in Istanbul 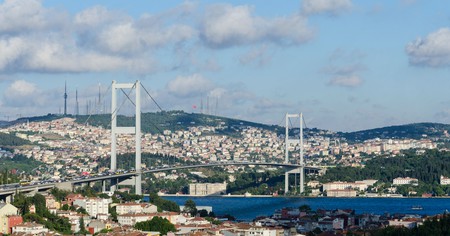 Istanbul’s cultural dynamism – born of its fusion of ancient tradition and vibrant contemporary culture – is more than the sum of its parts. Each of the city’s diverse districts offers something unique for the urban explorer. 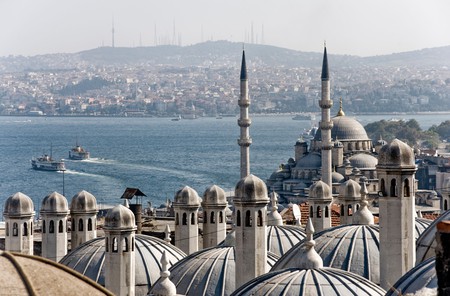 Turkey’s largest city is a megalopolis that has been continuously inhabited for the last 3,000 years, an amalgamation of diverse communities that expand well beyond the shores of the Bosphorus. Where once lay a trading port is now the heart of the city’s culture scene, and where there was an idyllic fishing village, you will find buzzing nightlife. Over time, the city has seen the emergence of exciting neighbourhoods that visitors can spend hours exploring. 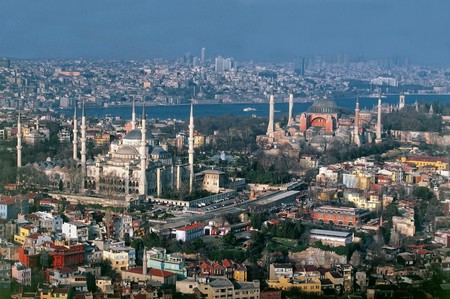 A visit to Istanbul is incomplete without a jaunt to the Old City, which was once the social and political centre of the Roman, Byzantine and Ottoman empires. The neighbourhood gives you a glimpse into the heart of Istanbul’s history and some of its most magnificent architecture – all located within walking distance of the Sultanahmet Square. The 6th-century majestic Hagia Sophia dominates the skyline of Sultanahmet, and is easily recognisable from its vast dome, colourful marble columns, Islamic art and glittering Christian mosaics. The layers of history in this former cathedral, turned mosque and now a museum, is hard to beat. Other must-sees include the Ottoman-era Topkapi Palace, a former residence of the Sultans in the 15th century that was transformed into a museum in 1924; the Blue Mosque, renowned for its blue tiles and six minarets; and the 6th-century Basilica Cistern, which is the largest surviving Byzantine cistern in Istanbul. 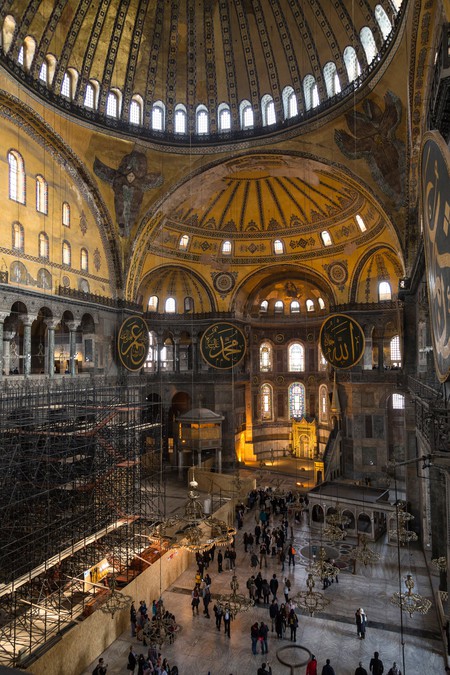 Taksim Square and Istiklal Street are lively year-round, offering shopping, places to eat, cafés, bars and clubs. Starting at the Republic Monument, which was erected to commemorate the establishment of the Republic in 1923, the area extends down Istiklal Street, where the historical Taksim Tram runs the entire length, and ends at the beginning of the cobblestoned Galip Dede Street. The modern art museum, SALT Beyoglu, on main Istiklal is a great place to escape from the crowds and immerse yourself in some culture and art. The ground floor offers free film screenings every Wednesday, while the top floor houses their beautiful winter garden – a true oasis in the heart of Istiklal. 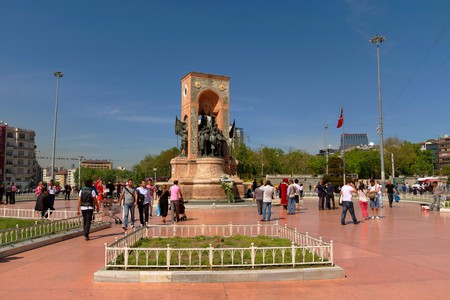 Part of the larger Beyoğlu district, Galata is most clearly identified by the historic Galata Tower, which overlooks the neighbourhood’s old cobblestoned streets and neoclassical buildings. The main street and others around the tower are full of tiny and interesting shops and cafés. After a bird’s-eye view of the city from the tower, continue your exploration of Galata and explore points of cultural interest such as the Mevlevi Museum and the Museum of Turkish Jews. For something nice to take home, stop by the Home Spa shop on Galip Dede Street, known for its range of bath and body products including locally sourced hand-made soaps and oils. Venture down Serdar-i-Ekrem Street, right across the Galata Tower, for boutiques, galleries and accessory stores. After your day of sightseeing and shopping, head over for a cocktail at the Georges Hotel, which has a rooftop bar offering gorgeous views of Galata. 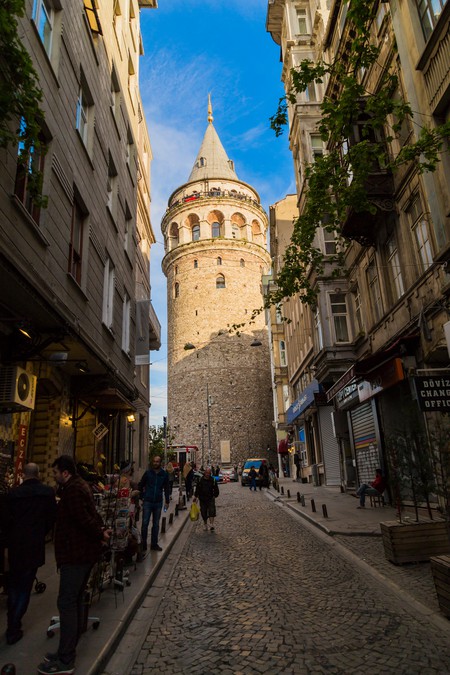 Located right by the waterside and formerly one of the city’s most important ports, Karaköy was left to deteriorate until it started to become a hotspot around 2012. Today, its maze-like streets offer a glimpse of the city’s history. You will find churches and synagogues blending seamlessly into the newer parts of Karaköy. The area was also home to the financial district of the city in the 19th century, and some of these buildings still dominate the neighbourhood, including the SALT Galata building, which was once the Ottoman Bank headquarters and is now a well-established art space. Venture down Mumhane Caddesi and check out the galleries there such as the Mixer Art Gallery and Pi. Along this street and those running parallel to it, you will find plenty of places to eat and drink, such as Karakoy Lokantasi that has traditional Ottoman food like Hünkar beğendi (puréed eggplant topped with lamb). 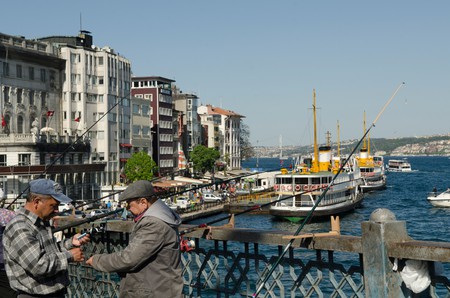 Besiktas houses three major universities, and the students who frequent this neighbourhood give it a laid-back vibe. It is the ideal place to socialise with friends, with its coffee shops playing carefully curated music, dozens of pubs offering cheap beer on tap and plenty of food options. Jam-packed with cafés and shops in the centre, and circled by quiet residential streets, Besiktas is also home to the Besiktas Football Club and is a gathering spot for football fans on match day when the neighbourhood is overrun with boisterous fans, marching bands, flags and banners and lots and lots of singing. Try a local fish sandwich from next to the Besiktas Fish Market or a plate of chicken and rice at the tiny pilavci (rice vendors) around the square. Finish with dessert at the famous halva cart that sells halva (a sweet dish made with carrots and semolina) with ice cream. With many bars and pubs, Besiktas is also an easy place to bar hop. Joker No.19 offers cocktails and lots of space to dance, talk or eat, while the United Pub has a selection of local and imported beers. If you’re in the mood for a coffee, Black Owl Coffee and Bettys are popular options, though there is no shortage of excellent coffee in the area. Pro tip: Begin exploring the area starting at the Black Eagle Statue, as it marks the centre of the market, from where you can go in any direction and find something to do or see. 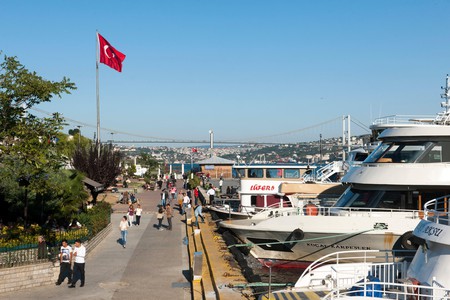 Formerly the Greek Orthodox and Armenian neighbourhood of Istanbul, Balat is full of colourful old houses and churches. Visit the main Balat market, which is filled with vintage stores and accessory shops, as well as craft workshops. There is plenty to see here, particularly in terms of religious architecture. This includes the St Stephen Bulgarian Church, made entirely of cast iron in Vienna and assembled in Istanbul. Further up the hill, stop by the Byzantine-era Chora Church for splendid examples of 14th-century Byzantine mosaics and frescoes, and visit the Ahrida Synagogue, one of the oldest synagogues in the city. Remember to check beforehand for visiting hours and entry requirements. You’ll also find a lot of young people who have set up their businesses among the historic streets, including micro coffee roasters, ceramic ateliers, art galleries and vintage shops, mostly around Yıldırım and Vodina Streets. 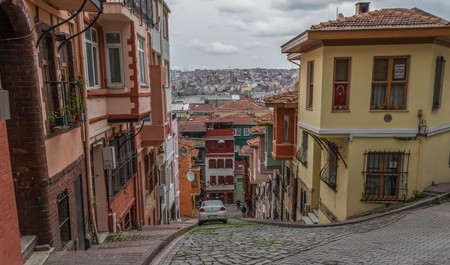 Currently the heart of Istanbul’s nightlife, Arnavutköy is an upscale neighbourhood right by the Bosphorus that is known for its Ottoman waterfront mansions and fish restaurants. Nowadays, you’ll find lots of cocktail and gastro bars that have taken over the neighbourhood in a youthful frenzy and, during the evenings, the venues become so full that people stand on Bebek Arnavutköy Street with their drinks in their hands enjoying a late night out. During the day, it’s also great to just wander around Arnavutköy and take a look at the many beautiful houses that decorate the picturesque neighbourhood right by the glittering water. 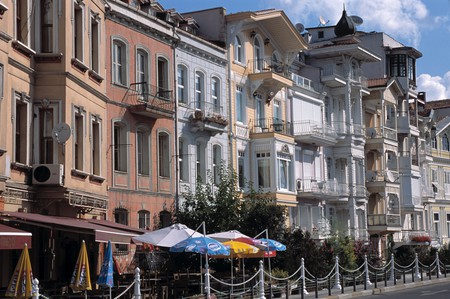 This article is an updated version of a story created by Feride Yalav.