Why Woodrow Wilson’s Name Is All Over Geneva 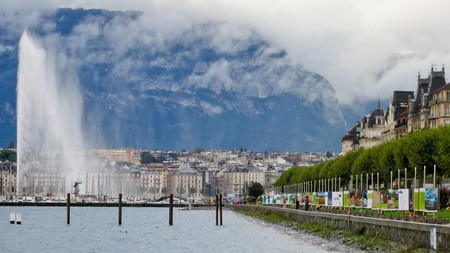 On a trip to Geneva you can stay at the swanky five-star President Wilson Hotel, take a wander along Quai Wilson or check out the Palais Wilson, the headquarters of the Office of the United Nations High Commissioner for Human Rights. If you’re wondering why there is so much love for the 28th president of the United States in Geneva, we’ve got the answer.

It all goes back to 1919, when in the aftermath of World War I, world leaders were looking for a way to ensure the tragic events were never repeated. Woodrow Wilson, himself an ideologue, put forward an idea centred around an inter-governmental body that would be a place for discussion and debate that could see off problems in a peaceful way and avoid ore bloodshed. He articulated his thoughts as part of his Fourteen Points to achieve peace in Europe and called for a ‘general association of nations’ to be formed. This idea was the foundation stone for the League of Nations, which itself was a forerunner of the United Nations. 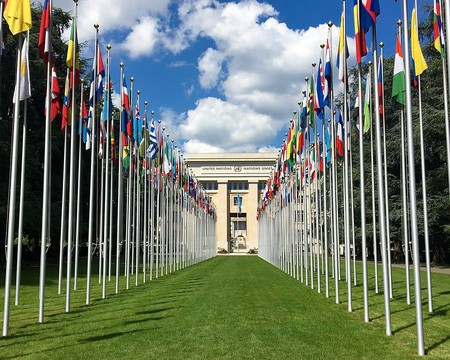 Despite Wilson’s instrumental role in founding the League of Nations, for which he received a Nobel Peace Prize, the United States was never an official member.

So today, President Wilson’s name lives on at the President Wilson Hotel, which happens to have one of the most expensive hotel suites in the world (with its 12-bedroom penthouse suite going for a mere $80,000 per night). For a more economical Wilson experience, you can also walk along Quai Wilson which abuts Lac Léman and is a hive of activity come summer time. Unlike the Palais des Nations, the home of the United Nations in Geneva, it is not possible to visit the Palais Wilson. 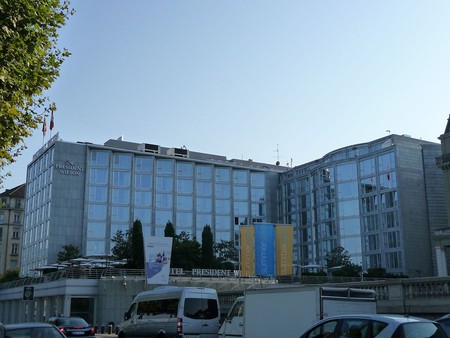 It may not look like much from the outside, but the President Wilson hotel is home to one of the most expensive suites in the world | © Sandro Senn/ Wikicommons
Give us feedback