Why is Switzerland the Cheese Capital of the World? 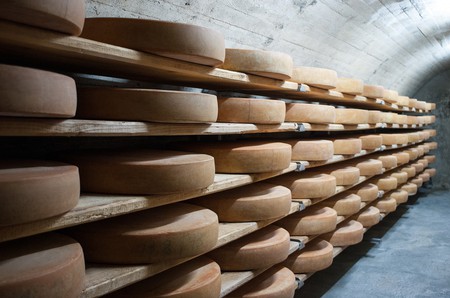 According to the stats, the Swiss each eat around 22 kg of cheese per year — a few cheese wheels short of the French’s 26.8 kg world-topping average. The Swiss also don’t export the most cheese, coming in at only 14 in the world rankings with around 2.3 percent of the total. So the Swiss don’t eat the most cheese, nor does the world eat enormous amounts of their cheese; so why is Switzerland the cheese capital of the world?

Swiss cheese first appears in the written record during Roman times, when Pliny the Elder talked of Caseus Helveticus, or ‘the cheese of the Helvetians’. In the 18th century, Swiss cheese was being exported across Europe and by the 19th century, cheesemakers were following the same routes, establishing themselves in the US, Russia and beyond. Today there are over 450 different kinds of ‘Swiss cheese’ and it is big business: almost half of the country’s milk production is funnelled into cheese making alone.

The little medieval town of Gruyères has a lot to do with Switzerland’s cheese status. The town gives its name to Le Gruyère, one of Switzerland’s famous hard cheeses. One of the reasons that Switzerland is the cheese capital of the world is that cheese has become such an integral part of its cuisine and that of others. 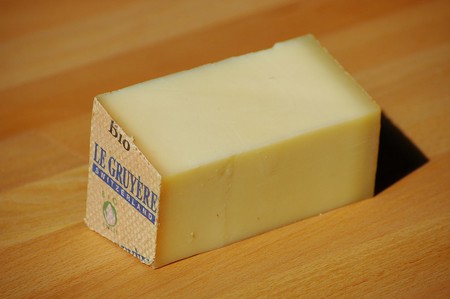 The infamous cheese fondue, which originated in Switzerland, and raclette are prime examples. Other typical dishes like Malakoff and croûte au fromage are also quite cheesy. The aforementioned Gruyère is a national favourite for making fondue and often layers the top of French onion soup. It is what is called a ‘versatile’ cheese as it is not particularly strong and can tastily be added to many different dishes, without overwhelming other flavours. A whopping 28,500 tons of Gruyère cheese was produced in 2015 and around one-third of this was marked for export.

Gruyère is also one of 10 Swiss cheeses that carries the AOP label (Appellation d’Origine Protégée) which means it is only made in its region of origin and is patented, so you won’t find it being made anywhere else in the world. Emmental, the infamous holey cheese, is another of these protected cheeses. This means the Swiss cheese you buy in the States probably isn’t actually Swiss cheese, but is rather made in the USA to mimic the real deal. Switzerland’s cheeses are also particularly appreciated because they are much easier to digest, Gruyère for instance is actually lactose free but not by design. The process of making the cheese means that it loses lactose along its way.

So while French people will cry foul and Americans may claim that Wisconsin is the real cheese capital of the world, they owe homage to Switzerland, as many of the cheesemakers are probably descendants of the Swiss emigrants.