These Charming Towns Will Pay You to Stay There 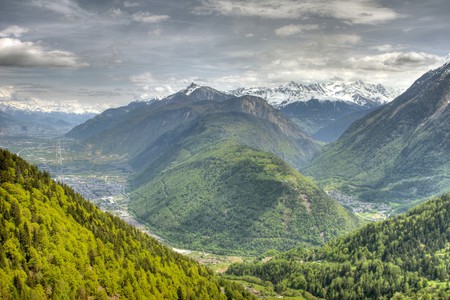 A Swiss town will pay you to enjoy this view, with some conditions | © Rob Alter/ Flickr

Cities around the world are growing and today, over half the world’s population lives in an urban environment. That’s only expected to increase as we get closer to the half-century mark. Some small towns are fighting back against this trend and offering young couples the chance to live in the country–and be paid to do so. Here are some of those charming places that you might want to check out (just make sure to read the fine print!)

“This is how it works: 800 euros for singles, 1,200 euros for couples, 1,500 to 1,800 euros for three-member families, and over 2,000 euros for families of four to five people,” Stefano Bascianelli (spokesperson of the mayor) said in November, discussing the local government’s strategy to lure young families to Candela in Pigua. In the 1990s, the town had a booming population of around 9,000. Now, however, that’s dwindled to 2,700. Nicola Gatta, Mayor of Candela, told CNN about the initiative and exclaimed the town’s virtues, and its past splendour: “Up until the 1960s, travelers called it ‘Nap’licchie’ (Little Naples), for it streets full of wayfarers, tourists, merchants and screaming vendors.”

If you want to take advantage of this offer, you’d better be quick, as it expires at the end of December 2017.

Requirements: To live in Candela, you must rent a house and get a job that pays at least 7,500 euros per year.

When your population is hovering just over the 200 mark, three families leaving over the course of a few years is tantamount to an exodus. That’s the problem facing Albinen, a small, idyllic Alpine town in Switzerland that offers stunning views of the Rhône Valley. The town’s members are due to vote on a proposal to offer up an attractive come-and-stay package to foreigners. In exchange for agreeing to stay in the town for 10 years and build a house worth 200k, newcomers will be paid a sum of 25,000 CHF for individuals, or 50,000 for couples, plus 10,000 for each child. This, say town authorities, is not just a stunt: it’s an investment in the town’s future.

Requirements: Swiss C permit; willing to build a house in Albinen worth a minimum of 200k; willing to stay for 10 years, and be under the age of 45. 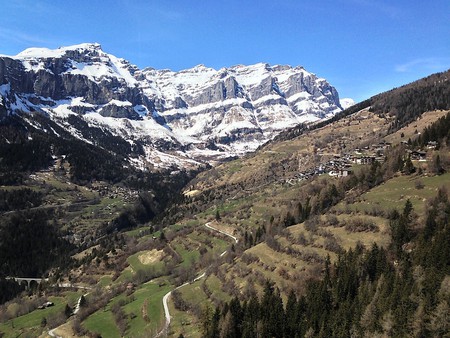 In 2016, it was reported that the town of Kaitangata in New Zealand was willing to pay outsiders to move there and top up their population of around 800. However, this was grossly overstated, the region’s authorities later said. But they are offering an enticing house and land offer that allows would-be community members to take advantage of the picturesque town’s many attractions.

So, while you won’t be paid to move here, if you are eligible to live and work in New Zealand and have a spare £122,000 in your pocket, you could bag yourself a nice new house. Considering the average price of a house in NZ is almost double that figure, it’s a pretty good deal.

Earlier this year, the internet lit up when the village of Bormida, northwestern Italy, appeared to offer around $2,100 to anyone willing to move there. Bormida’s tiny population declined sharply during Mayor Daniele Galliano’s term in office, prompting discussion of an initiative that would lure young families to live there. Galliano’s musings on Facebook struck a chord with folks dreaming of Italian summers packed with wine and fine pizza. But they were just that–musings–and no official policy has actually been put in place, although it’s still being discussed.

Still, it sounds like a great place to move to. One resident of the town told the Guardian: “There is nothing much to do here. But life is so simple and natural, we have forests, goats, the church, and plenty of good food. Life would definitely be free of stress.”

A decision on the policy is expected in 2018, so watch this space.