The Top 10 Things To Do In Lugano, Switzerland

The picturesque lakeside city of Lugano is famous for its beautiful quasi-Mediterranean scenery, its Film Festival, and for being the residence of the Nobel Prize winner, Hermann Hesse. Nicknamed the “Monte Carlo of Switzerland”, the city is a popular destination for its lovely scenery and its laid back lifestyle, and it attracts several notable people to its shores. 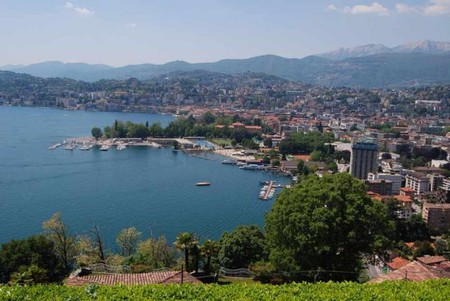 By far the main attraction of Lugano is its beautiful, eponymous lake, which measures 50 square kilometres in size. It is a glacial lake situated on the border between Italy and Switzerland. The climate, which is a colder version of a typical Mediterranean climate, allows temperate trees to grow alongside citrus and cypress trees. Try boating or other water-based activities in the Lake, or just sit back and enjoy the view. 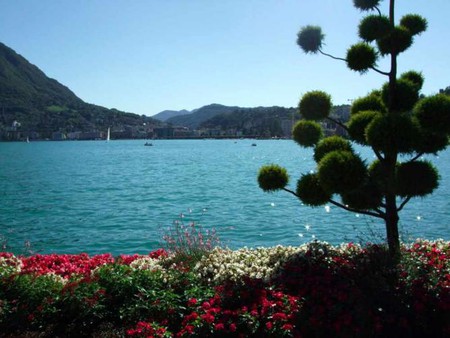 Park
Facebook
Email
Twitter
Pinterest
Copy link
Share
Map View
Right by Lake Lugano is the lovely park of Civico-Ciani, 63,000 square meters of greenery and parkland. A perfect escape from Lugano’s cityscape, the park offers long, tree-lined pathways, flower beds, and fountains. The garden abounds with trees typical of the Ticino region: maple, lime, oak and plane trees are visible everywhere. There’s a play area for children. Aside from this, the Natural History Museum is also located within the park, as is the Cantonal Library and the Villa Ciani.
Open In Google Maps
Riva Giocondo Albertolli, Lugano, Ticino, 6900, Switzerland
Give us feedback 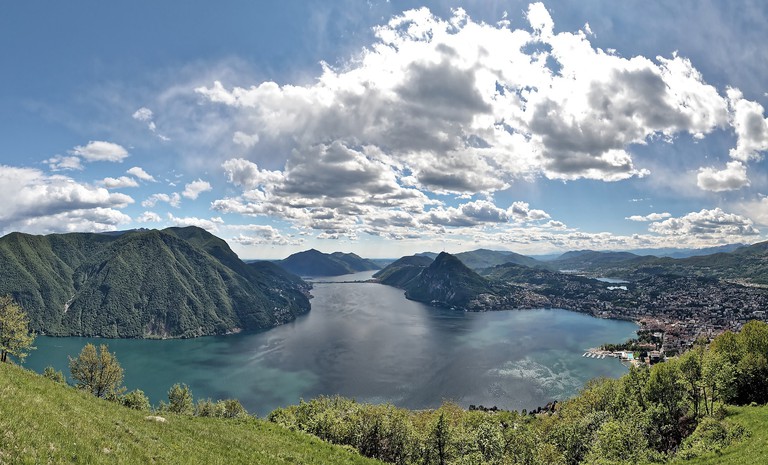 Lake Lugano from Monte Brè | © Makalu / Pixabay
With a magnificent vista over Lugano, Monte Brè is Lugano’s closest mountain and it can be reached via funicular rail. The small, quaint village of Brè has a traditional character and also houses many paintings by the Swiss painter, Wilhelm Schmidt. There are plenty of things to do in the outdoors, including several hiking trails and mountain biking. The observation point gives you a view not only of the entire Lake Lugano valley, but often stretches as far as the views of Monte Rosa and the Bernese Alps.
Open In Google Maps
Via Ceresio di Ruvigliana, Lugano, 6979, Switzerland
Visit Website
Give us feedback 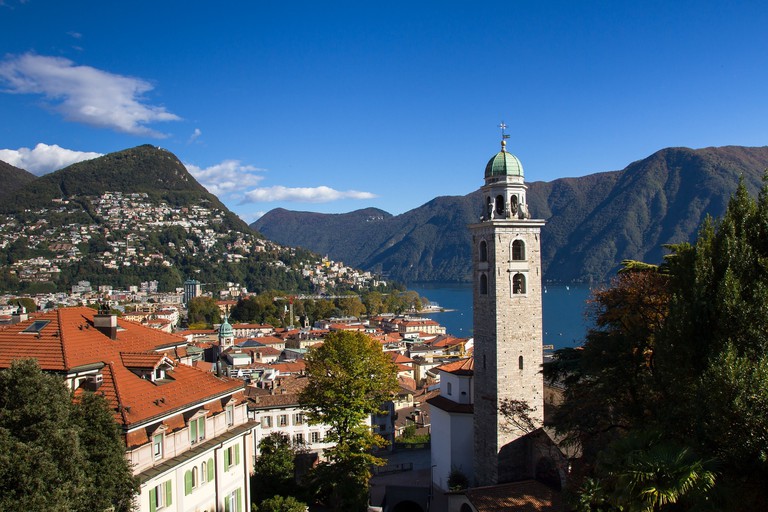 View of Lugano and the San Lorenzo cathedral | © Adege / Pixabay
The lovely cathedral of San Lorenzo (Saint Lawrence) was built in the High Middle Ages. It was rebuilt in the 15th century, and its exterior facades reflect this 15th century rebuilding instead of the original Middle Ages, with an imposing white Carrara marble a beautiful rose window, and busts of the Kings David and Solomon. From the front of the cathedral there’s an attractive view over the patchwork of the terracotta roofs of the Old Town.
Open In Google Maps
1 Via Borghetto, Lugano, Ticino, 6900, Switzerland
+41919214945
Give us feedback

Museum
Facebook
Email
Twitter
Pinterest
Copy link
Share
Map View
The Hermann Hesse Museum is located in Montagnola, near Lugano, and houses memorablia from his time here for the 43 years up to his death. The Camuzzi House, where all of these are housed, is where Hesse wrote many of his most famous works, including “Siddhartha” and “Steppenwolf“. He also painted several watercolors. It was during his time in Montagnola that he was awarded the Nobel Prize in 1946.
Open In Google Maps
2 Ra Cürta, Collina d'Oro, Ticino, 6926, Switzerland
+41919933770
Visit Website
Give us feedback

Park, Museum
Facebook
Email
Twitter
Pinterest
Copy link
Share
Map View
In close proximity to Lugano is the Swissminiatur, a miniature version of Switzerland spanning a scale of 14,000 square meters. The detailed miniatures show several well-known sites such as Chillon, Heidi’s house in Maienfeld, and the Duomo of Milan. There are several rail tracks and miniature trains, cable-cars, and ships. The models are surrounded by 15,000 flower species and several thousand trees as well, making it an ideal retreat as well as a favorite for families.
Open In Google Maps
Via Cantonale, Melide, 6815, Switzerland
+41916401060
Give us feedback

For the olive lovers, there’s a fascinating olive grove trail that passes through the area where ancient olive trees used to grow. The remains of them are still visible and olive trees have recently been re-introduced to these areas. The path starts in Gandria and there are various signposts and panels describing various aspects of the olive tree: its history, botany, cultivation, cultural uses, and products thereof. The walk is about two hours long and it’s an easy, relaxed walk, allowing you to enjoy the countryside and the beautiful olive trees. 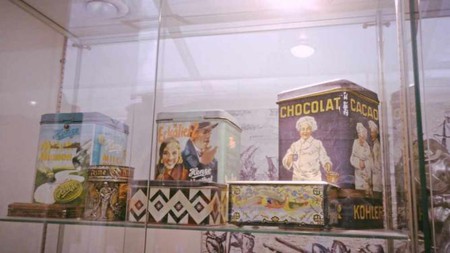 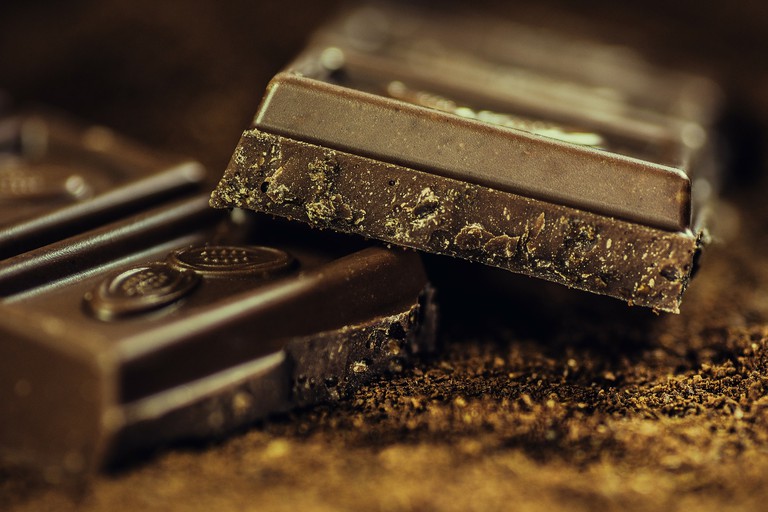 Dark chocolate | © AlexanderStein / Pixabay
A fun outing for children and adults alike, the Alprose Chocolate Museum offers a comprehensive view of the history of chocolate and has free tasting. In the Alprose factory you can observe chocolate being made and processed and packaged. There are detailed explanations of these processes amidst the gentle aroma of chocolate, making for a memorable experience. Visitors can later taste chocolates as well as buy souvenirs in the Alprose museum and shop.
Open In Google Maps
36 Via Rompada, Caslano, Switzerland
+41916118888
Give us feedback

Set between lush vineyards and woods, the lovely little town of Vico Morcote has an impressive historical and architectural heritage. The houses in the area date from the 17th and 18th century and there is a stunning baroque church which offers panoramic views over the Alps and the valley. There are several hiking trails which are easily accessible from the town, and many of them have a mix of Alpine and Mediterranean flora, making for the ideal afternoon out. 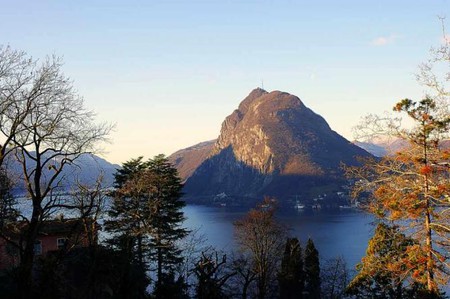 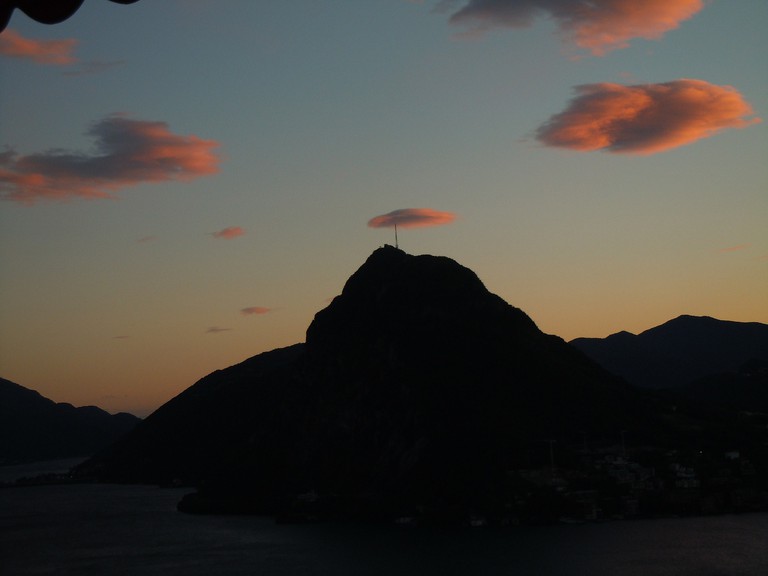 Monte San Salvatore in Lugano | © Maximilian / Pixabay
Another of Lugano’s home mountains is the Monte San Salvatore, which offers 360-degree views of the valley, the lake, and the Alps far to the south and the west. The route to San Salvatore is an old one, dating from 1200 when pilgrims took a route to the peak of the mountain. Currently there is a funicular rail that completes the steep 600 meter ascent to the summit. Attractions include fossil research museums, azalea gardens, and a hike to Morcote.
Open In Google Maps
7 Via delle Scuole, Paradiso, Ticino, 6902, Switzerland
+41919852828
Visit Website
Give us feedback
Give us feedback